The crossover utility model, set to rival the Tesla Model Y and Mustang Mach-E, isn't expected to launch until 2021 at the earliest. Despite the heavy disguise, it's apparent that some of the conceptual design details of the original show car have been watered down due to the realities of mass-production.

However, the angular, wedge-like shape, low bonnet line, slim overhangs and heavily sloping rear window remain largely faithful to the concept. While still considered to be a crossover-style model, we can also see that it remains low-slung with far less ground clearance than a traditional SUV. 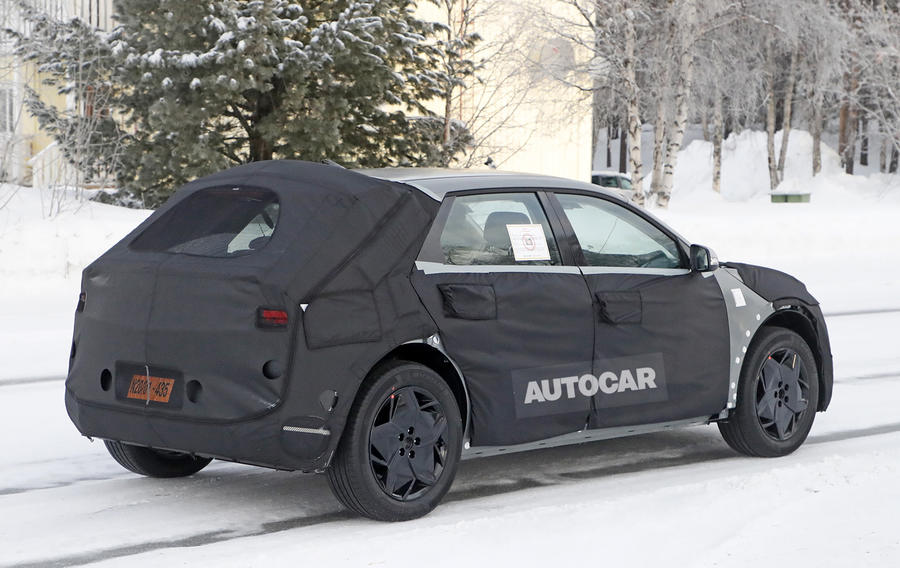 The 45 was named after the number of years since the Korean maker’s first production car, the Pony, was previewed by a sleek Coupé concept designed by Giorgetto Giugiaro. The concept takes design inspiration from that car, too, with clean lines said to be inspired by 1920s aircraft.

The name also reflects the 45deg angles of the front and rear window lines. Hyundai design chief Sangyup Lee said that “the typology is taken from the 1974 concept – it’s simple, and pure.”

The decision to draw from the work of 45 years ago is that Hyundai considers the production version of this concept to be the first of a new era of dedicated electric vehicles from the company. “The 45 signifies a new beginning, so we looked at the beginning of our company,” said interior design chief Hak Soo Ha. Hyundai feels that it will now be competing “on a level playing field”, he added, because the major manufacturers have very little EV heritage: “We’ve been followers. Now we want to be leaders.” 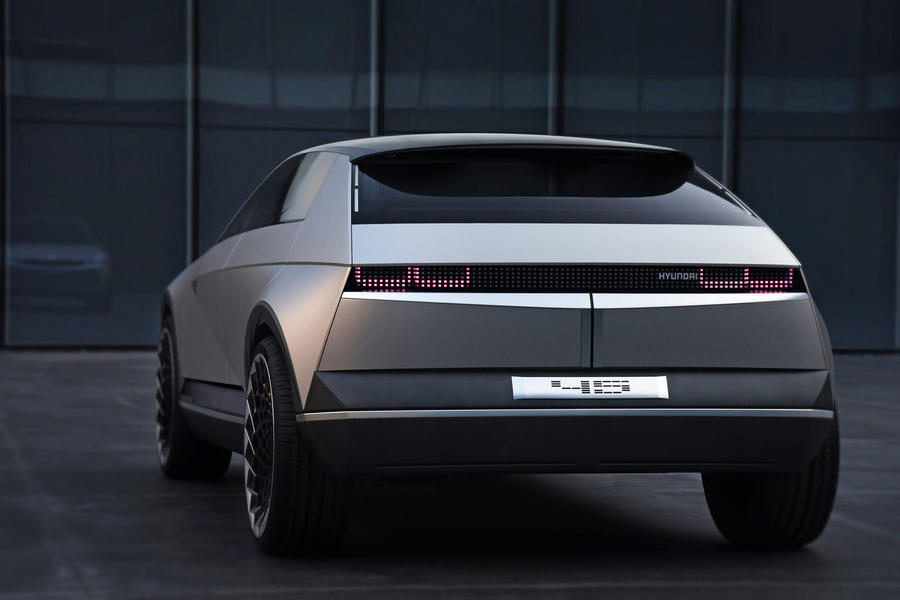 The 45’s crisp modernising of Giugiaro's design has produced a look – “tight corners and short overhangs” – that will form part of a suite of Hyundai design styles, with the brand planning to develop more distinctive designs for each of its models. It will also visually differentiate its electric cars from its ICE models.

Technology developments showcased on the 45 concept include a camera monitoring system, which is said to leave room for “self-driving system applications”. As is common on concepts, cameras replace the side mirrors and are kept clean by a lens that rotates past a brush. 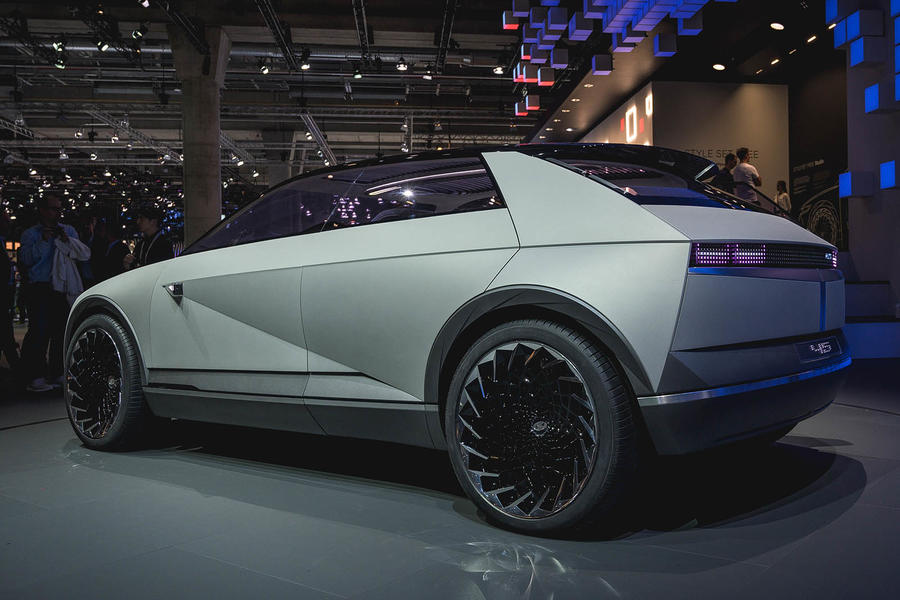 2019 Hyundai i10 gets fresh looks and class-leading tech​

reminds me of my old Lancia Delta. I really loved the look of that car, but what a let down when I eventually got to purchase (a used) one. This does look nice, though. Hope Hyundai don’t water down the looks of the production versions...

This is a really cool concept

This is a really cool concept car, but it could literally be from any brand. There is nothing Hyundai about it. Not a bad thing in this case

I'm not sure about the diagonal crease on the side, nor the wheels, but this is still the best looking reveal at the show. A pity it is not currently on Autocar's front page (and there is no search to find it).

This looks and sounds

This looks and sounds promising.  I like the fact that its moving to more 'normal' car proportions instead of being another tedious SUV, and its not got that silly kicked up rear window line that so much of the car industry seems obsessed with.  In fact the rear three quarter panel area reminds me of the "wedge" Austin Princess, to me not a bad thing.