BACK TO ALL NEWS
Currently reading: Defender designer Gerry McGovern on reviving an icon
UP NEXT
Report: Rivian could build electric 4x4s in the UK

Man behind 2019's most hotly anticipated car tells us what the Defender means to him, and why purists should be pleased
Share
Close
Share story

As one of the most important new cars of 2019, the new Land Rover Defender was not a car that could be created in the space of a week.

We sit down with the reborn 4x4's designer, Gerry McGovern, to hear what the car means to him, how he wants the purists to react, what will happen to the Discovery, and more.

How did it feel starting work on a project that could define your career, regardless of all the success you’ve previously had?

“I’ve got big shoulders. If I was worried about it, I wouldn’t be able to get up in the morning. I know you can’t keep everyone happy and I have to take comfort from the fact that, as I and my team stand here, we are confident in the integrity of what we’ve produced. We had a brief to follow and we’ve delivered it confidently. Now we get to share the results.”

What do you hope the traditionalists’ response to the new Defender will be?

“My hope is they say it’s right for the brand today. Yes, lots of current owners will keep their current cars forever – but to be brutally business-like about it, there’s not much point designing a car for them in that case, is there?

“This vehicle has to appeal to an all-new generation of customers. I don’t want to alienate traditionalists but we couldn’t just design this car for them. We have paid respect to what’s gone before but to be harnessed by it would be suicide.

“This is a business and the old Defender, at the end of its life, was a niche vehicle. Take out corporate sales and it had around 4500 retail customers a year. That is not sustainable. This car needs to have universal appeal.

“I’m very bothered by the traditionalists and what they think – I respect their views, of course – but this couldn’t be another specialist vehicle only.”

Did the need to stay true to the car’s roots restrict you at all?

“No. This is a radical departure but nobody should have expected an evolution. I love the Defender as much as anyone else, and there are some cues and nods to the past, but this is a car for the modern world – a Defender for a new generation, and for new markets that never even had the old one.

“That said, I like to think that if the old car had followed a traditional pattern of new model updates, this is exactly where it would have come to. Rest assured, it is very capable, and that is all some buyers will want, but now it offers far more than just that angle.” 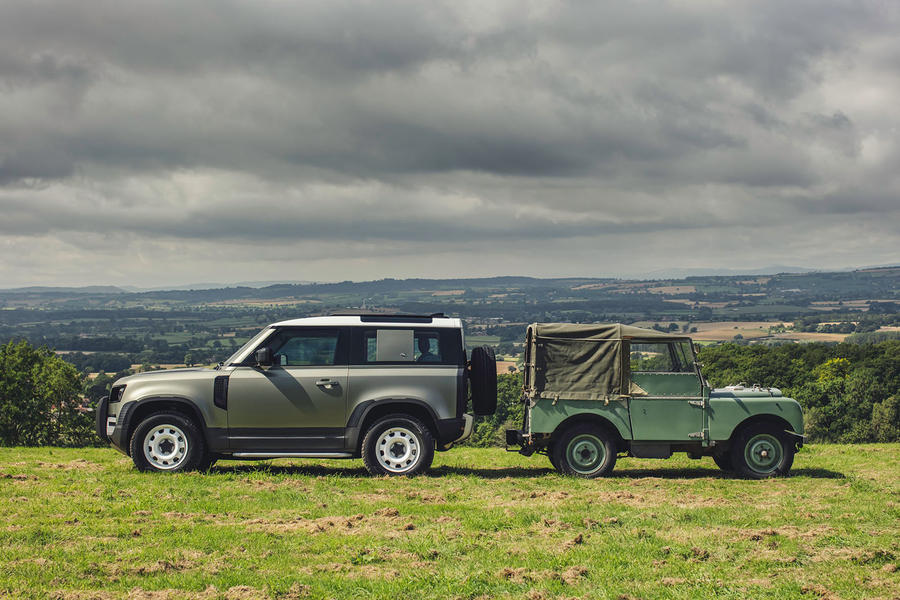 What does the Defender’s look mean for the next-generation Discovery? It looks to some degree to have moved into a space that car used to live in?

“That’s a fair question. People will graduate to this Defender who had a Discovery 4, we suspect, and we are planning for that. Let’s say the next-generation Discovery now has some room to move and do a different job. It might allow us to move Discovery on, although it bears saying again that the Discovery remains a true seven-seater in our range, whereas the Defender is a 4+2 or 4+4 or 5+3, depending how you configure it.

“The other thing I’d say about Discovery is that a two-car offering doesn’t represent a family. I’d love to create a Discovery family in time.”

30 years on: how the Discovery changed Land Rover

bah, its another chelsea tractor

One can not help but think

One can not help but think that this new Defender, has just “called-time” on the increasingly anonymous, irrelevant, “Series 5” Discovery . . . expect very generous discounts on the “Series 5” Discovery, at a Dealer near you, very soon!!   .
CarNut170 10 September 2019

However, quite by mistake he's created an excellent Discovery 5 - so it could be worse I guess?

The Ford Bronco's out soon - as are a myriad of other true Defender replacements. Too bad JLR just isn't interested in their own market. You might argue, correctly - at their cost.

Have to agree CarNut170, this is certainly not a 'Defender' in spirit. Seeing Mr. McGovern for the 1st time I can see why we got what we got. Queston is; What vehicle really is the modern day Defender?