Dramatically styled twin-motor EV could reach showrooms in 2024, but it's not a priority
Share
Open gallery
Close
Share story

Cupra boss Wayne Griffiths said the firm remains committed to “the dream” of putting the Tavascan electric concept into production - but hinted it is unlikely before 2024.

Griffiths said the Tavascan is “a dream for the brand and we’re fighting to bring it to reality”. He added: “It’s a project we’re working on, but we’re not ready to announce dates or timings, not because we have doubts but because we have a lot of other models to launch first. The pipeline is full for the next few years.”

Those models include the new Formentor crossover and the el-Born, Cupra’s first full EV, which will be launched next year.

Griffiths declined to comment on reports that the Tavascan could be built in China from 2024 onwards as part of a joint venture between the VW Group and JAC Motors.

Named after a ski resort near the French border in Catalonia, the Tavascan is said to marry “the presence of an SUV with the sleekness of a sports coupé” and showcases the evolution of Cupra design as it moves further away from its parent company, Seat.

The front end of the Tavascan is designed to balance the desire for “muscularity and dynamism”, the company claims, with an exterior shape honed for range-boosting aerodynamic efficiency. The front end is also intended to create a “totally different focal point” from those of conventional combustion-engined cars, with an illuminated Cupra logo mounted low, below the blanked-out ‘grille’. A separate badge spells out ‘Cupra’ in a vent linked to the headlights. 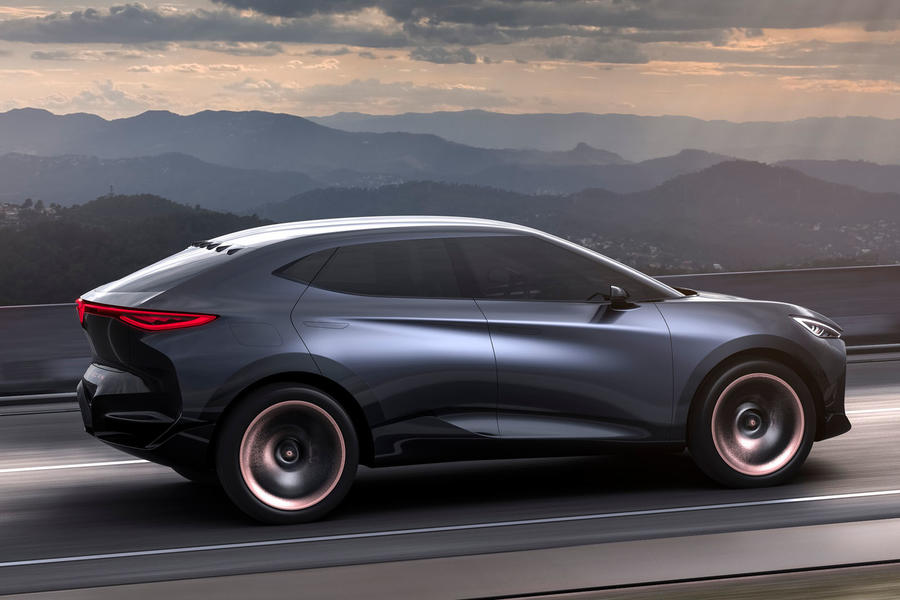 The rear is also heavily dominated by the lower portion’s styling, with a striking bumper shape mated to a steeply raked rear window line and full-width light bar, intersected by the Cupra logo.

It is claimed each vent and slat on the body serves a purpose, either in allowing air to flow over the body or directing it internally to cool batteries. The model also sits on aero-optimised 22in wheels.

Cupra claims the interior “mixes material and technological concepts with openness and focus” by the use of “contrasting colours, structural carbon and dynamic approaches to technology and design”. Leather, carbon and Alcantara are the dominant materials.

There is a floating dashboard but a digital instrument cluster and 13.0in infotainment screen are the focal points. The 13.0in screen can be moved towards the passenger if needed and speaker and smartphone connectivity features are integrated into the seats. 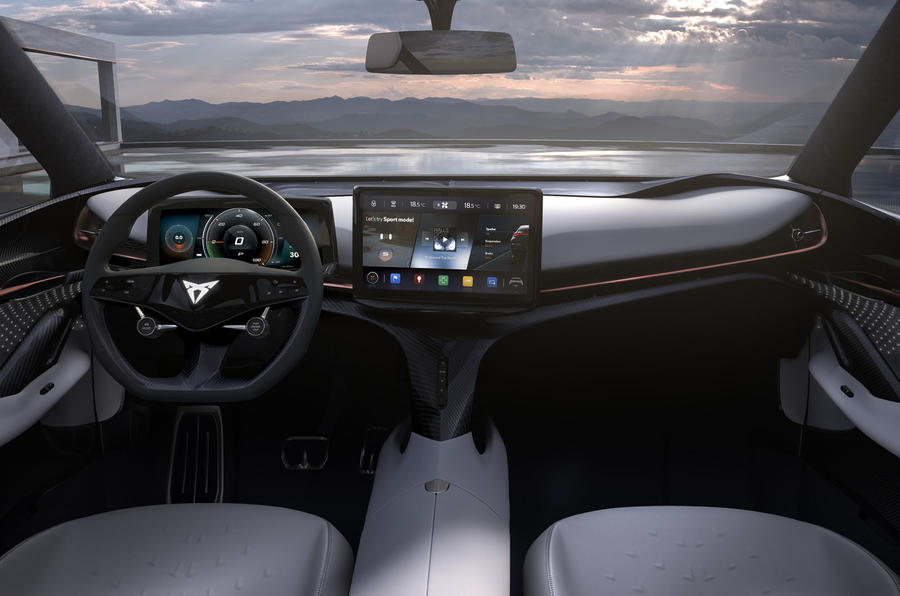 Cupra stresses that the Tavascan concept is designed to deliver “the performance, dynamics and drivability its customers demand”. To that end, it features a dual-motor electric powertrain putting out 302bhp, enabling 0-62mph in “less than 6.5sec”.

The Tavascan uses the highly flexible Volkswagen Group MEB platform, integrating the two motors across both axles for all-wheel drive. The floorpan houses a 77kWh lithium ion battery, taken from the largest-capacity version of VW’s ID 3. A range of 280 miles is claimed.

The brand predicts the electric SUV-coupé market will grow by 15% every year and hopes to capitalise on that with future models evolving from the Tavascan.

Cupra has already begun building the Formentor – also an SUV-coupé but one with plug-in hybrid (PHEV) powertrains rather than purely electric.

Never mind Seat/Cupra (or Skoda) where are the Audi models that are presumably going to sit on the MEB platform. With the cost of EVs still being too high the market is predominately going to be to premium car buyers. The extra battery weight also negates towards EVs as sporty cars - they may have the performance but they are never going to be nimble. I continue to be confused with where Seat/Cupra sees its market position. Is Seat the cheap Fiat proposition in the VW group or their Alfa Romeo brand. Perhaps this is the reasoning for trying to introduce Cupra as a sporty marque. Oh, and where is Skoda now positioned? It seems to be perilly close to VW who are racing down in quality just as Skoda are really moving up.

Committed to a Dream

What the hell does that mean.

I went to bed committed to dream about winning the lottery and spending weeks on a tropical island paradise with Jennifer Lawrence sat astride a dozen cases of champagne.

That didn't happen either.

Next time Mr Griffiths , commit to manufacture, or shut up.

Been a long time since I saw a concept this ugly.  Did they hire the old Ssangyong styling department?