BACK TO ALL NEWS
Currently reading: New Ford Explorer SUV destined for UK
UP NEXT
Eurocell chooses Netherlands over UK for first battery factory

Ford has unveiled its new flagship Explorer SUV at the Detroit motor show, ahead of an expected UK launch in April.

The sixth iteration of America’s best-selling SUV of all time receives new styling, a more diverse model range, new engines and, for the first time, a rear-wheel-drive powertrain on entry-level models.

The company claims that the shift from front to rear-wheel drive for entry-level variants of the Explorer has allowed for a roomier and more versatile interior layout, as well as more “athletic” exterior styling. 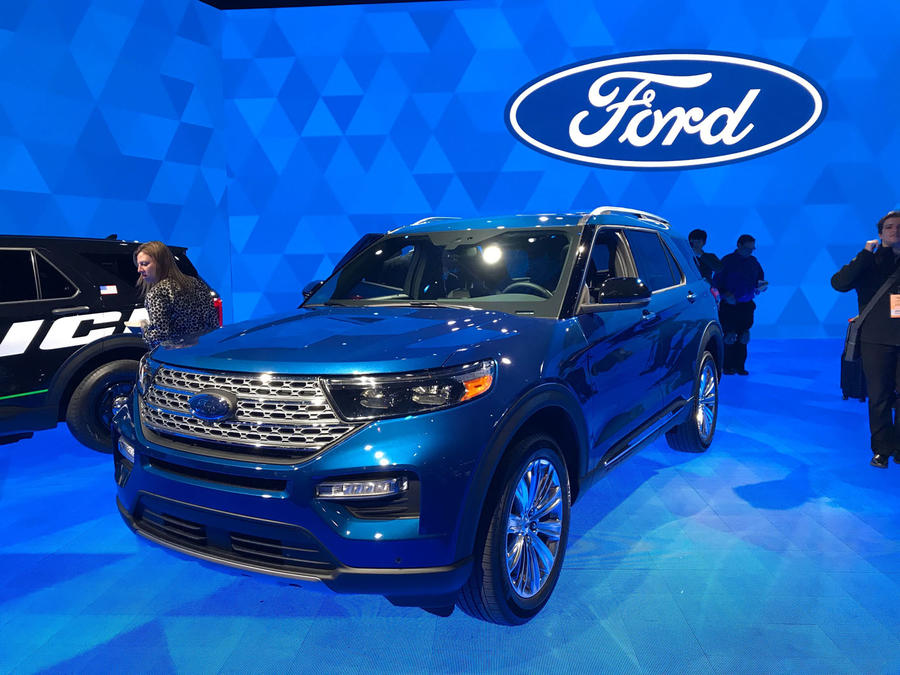 Blacked-out A and D-pillars are carried over from previous generations of Explorer, while a sloping roofline and shorter front overhang lend a sportier appearance to the Jeep Grand Cherokee rival.

Priced from $400 more than the previous Explorer's $32,365 starting price, the new model is equipped with an electronically assisted tailgate, an 8.0in infotainment touchscreen, in-car wi-fi and the FordPass Connect intelligent navigation technology as standard. Parking and braking assistance systems can be equipped with the Platinum trim package.

Also fitted as standard is the Ford Co-Pilot360 package, which comprises active safety technology that helps the driver stay in lane, avoid pedestrians, see through blindspots and take evasive action. 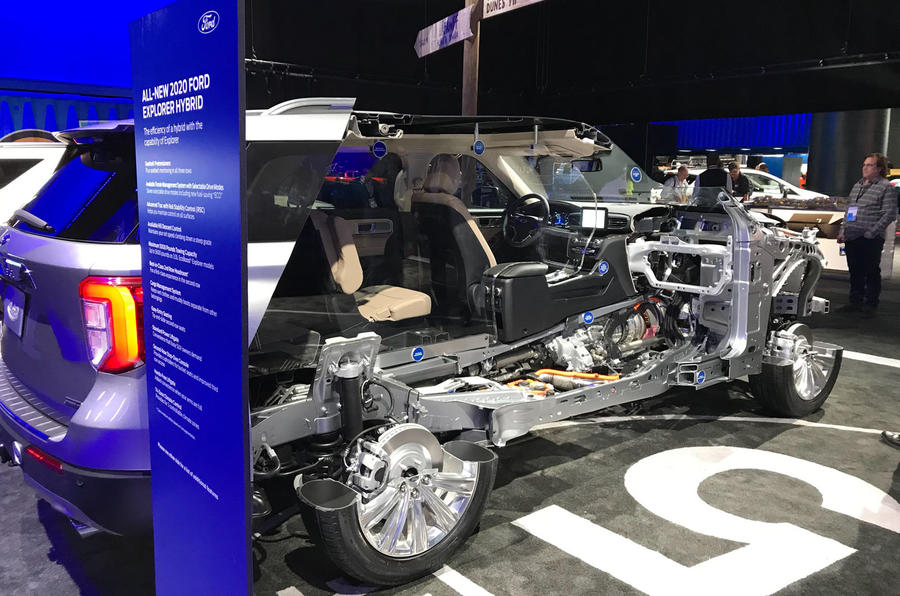 Chris Billman, Co-Pilot360 engineering manager, said the Explorer’s abundance of autonomous technology is not about “filling the vehicle with technology for technology’s sake".

He explained: “It’s about improving the experience, making driving less stressful and helping the driver to feel more confident behind the wheel.”

New engines for the Explorer include a tuned variant of the turbocharged 2.3-litre petrol Ecoboost unit used in the entry-level Mustang, while the US-only ST performance variant receives a twin-turbocharged 400bhp 3.0-litre petrol V6 - the most powerful engine ever fitted to an Explorer.

As part of its restructuring programme for Europe announced today, Ford has said that a new SUV for Europe, expected to be the Explorer, will be revealed in April.

It will also shift its focus away from MPVs, axing models such as the Ford C-Max and Ford Grand C-Max in favour of new models like the Fiesta-based compact SUV that is set to replace the Ecosport.

Love to see it,

Good looking , seats 7 , big SUV , 400hp - IF you like SUV's and if the price is sub £50K whats not too like?  and there is a Hybrid that was announced a few days later. BUT Ford be brave try to be a little different bring the big HP petrols as well as fitted the usual turbo D. The ST Edge & Explorer would probably sell here with a twin turbo V6 - it would be different.

Yet another 4 metre long lump of a truck that doesn't fit in car parking spaces, with ridiculously poor fuel consumption. What need is there for something this size?
View all comments (7)