A new Audi SUV concept will be revealed at the Detroit motor show; it will share underpinnings with the Q7 and influence a BMW X6 rival
Share
Open gallery
Close
Share story

A new image of the Audi Q8 concept, a near production-ready version of the upcoming Q8 SUV coupé, has been released ahead of the car's Detroit motor show debut.

The 2017 Audi Q8 concept has now been revealed. Click here for more

Set to top Audi’s line-up of Q-badged SUVs when it arrives in 2018, the BMW X6 and Mercedes-Benz GLE rival will share its engineering with the Q7, which is built on Audi’s MLB platform, and have a range of turbocharged petrol and diesel engine in V6 and V8 forms.

The four-seat Q8 is expected to share many of the advanced systems being developed for next year’s A8, including a 48V electrical system, OLED high-definition digital displays and the latest in autonomous driving functions. 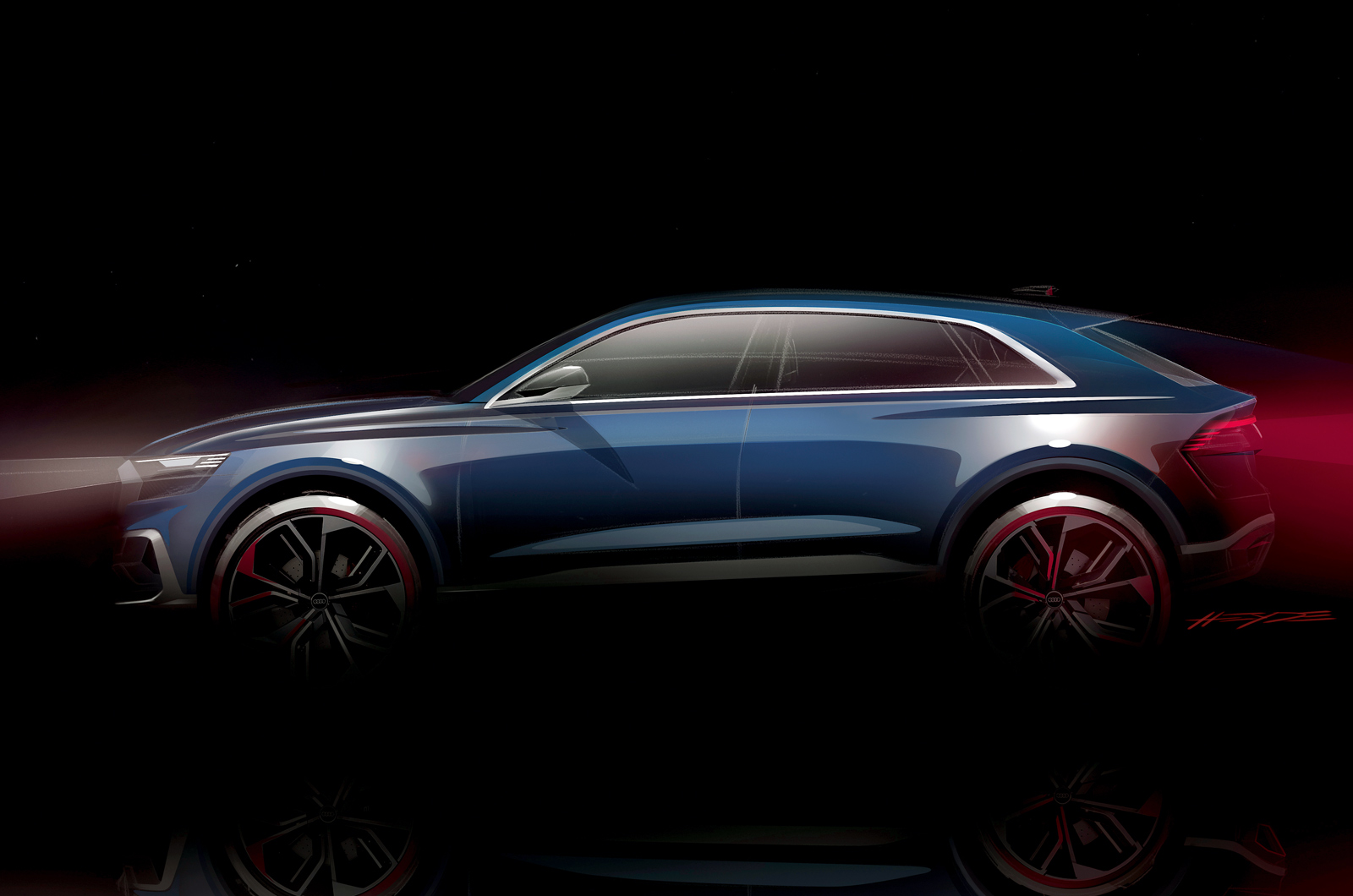 As with the Q4 and Q6, the Q8 will adopt a five-door layout with a liftback-style tailgate for the boot. The car will measure roughly the same size as the Q7, which is 5050mm long and 1970mm wide.

The Q8 coupé’s slanting rear roofline will trim height and therefore headroom at the back, with around 50mm shaved from the Q7’s 1741mm top. Despite this, an Audi spokesman said that the model’s roof drops later than its rivals, so boot space shouldn’t be hindered too much. 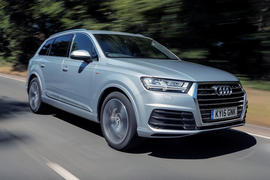 Talking about the concept, Lichte said: “With the Audi Q8 concept, we have created a new spearhead within our Q model line. Its design strongly evokes sportiness and prestige. What’s more, we believe an important aspect of this show car is that it offers a spacious interior with four equally comfortable seats, even with the flat roofline.”

The Q8 concept’s design echoes elements of the Audi Ur-Quattro model from the 1980s, including the wide, flat C-pillars and prominent shoulders above the wheels.

Odd that the unanimously negative

22 December 2016
Odd that the unanimously negative comments were lost with the story refresh with the addition of the photo!...

The photo suggests its even more horrendous than the drawings suggested! Hopefully the man in the photo is covering it, not unveiling it!

if that is the actual front,

Someone has been to...

22 December 2016
the photocopier again!
.
How many different ways can you scale up the same design?

22 December 2016
or up your proverbial if viewed in the mirror - not a nice thought, That aside can you tell me please the dimensions of the FOUR seats because each one must be a lounge couch judging by the exterior! Maybe Audi pandering to a new parket based on the XXXL

22 December 2016
As shown on the email page from Autocar cannot be downloaded - wow that must be some space age them - takes maybe a month to reach you - now which star would that be?

As shown on the email page from Autocar cannot be downloaded - wow that must be some space age them - takes maybe a month to reach you - now which star would that be?

I'll have a pint of what you're on.

22 December 2016
Horrible, ugly, vulgar, fat-ar*ed, wall of sheet metal with a grille like a basking shark that will sit agressively on the rear bumper of other drivers.

It'll sell like hotcakes, as this is what we, as a country, have become.

Bet your car is worse!

Front is way over complicated

22 December 2016
Looks considerably better with the cover over it.