BACK TO ALL NEWS
Currently reading: Tesla Powerwall 2.0 leaks online ahead of solar roof reveal
UP NEXT
Tesla achieves best quarter on record with Q3 performance

Tesla will tonight unveil an innovative solar roof system that will be able to charge its electric vehicles.

Developed with energy company Solarcity, which is currently subject to a $2.6 billion (£2.1bn) takeover by Tesla, the technology is being rolled out alongside a new version of Tesla’s Powerwall battery - an image of which has leaked on the internet - and a revised charging system for Tesla cars.

Elon Musk has discussed the solar roof on several occasions – on a Solarcity conference call, on Twitter and then on a Tesla conference call earlier this week. While roof-mounted solar panels are nothing new, they are generally mounted on top of existing roof materials. Tesla’s solution will see photovoltaic cells incorporated into the roof itself, and will be marketed as a replacement for roof tiles, either for new builds or for refurbishments.

During a call on Tuesday to discuss Tesla’s financial performance, Musk said he thinks that the new roof material “looks better than a normal roof” and said it exceeded his expectations. He hopes to replace some five million rooftops in the US with the new product. 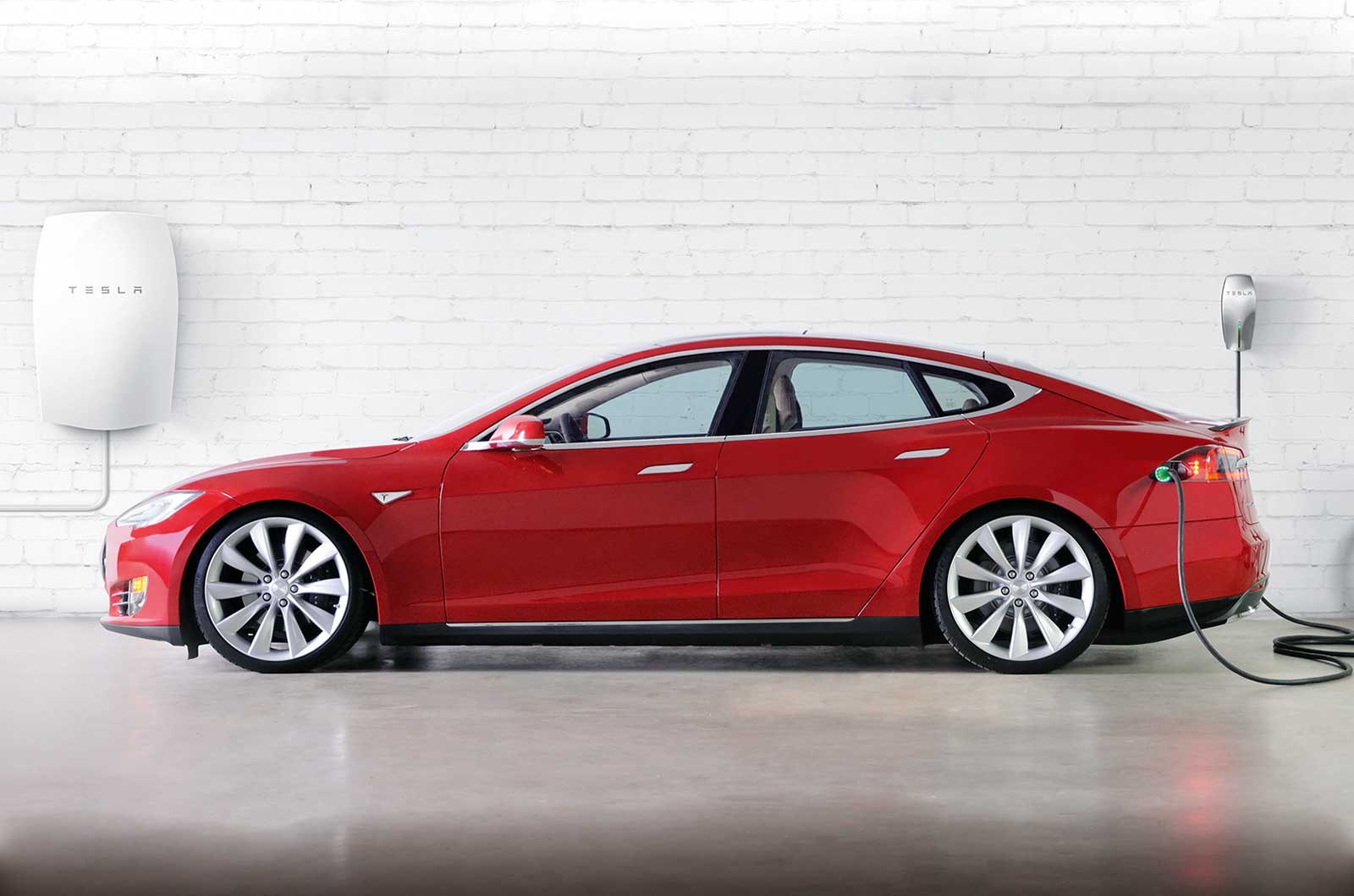 A new charger for Tesla vehicles is due to be revealed at the same event. Details are scarce, but expect it to replenish cars with energy faster than at present. Musk recently tweeted a 2015 video of a robotic charging arm that automatically finds and plugs into a Tesla vehicle's charging port, although there’s no indication that this is part of the new production technology.

The event will also see the unveiling of Powerwall 2.0, the second version of Tesla’s wall-mounted home battery, which can store energy and charge both home and vehicle. The new Powerwall will likely be flatter, improve the storage capacity of the first version, and be designed to work in conjunction with the solar roof. It’s also likely to be produced in greater numbers. The first Powerwall was mainly targeted to countries with high electricity cost and high solar adoption, such as Australia and Germany.

Tonight’s unveiling is in Los Angeles, USA, at 7pm Pacific Time, or 2am on Saturday, GMT, and will be livestreamed on Tesla’s website.

The proposed Tesla takeover of Solarcity goes to a shareholder vote on November 17. If it goes ahead, it is likely that Solarcity’s products will be sold under the Tesla brand in future.

Solar bit aside the 'house

Solar bit aside the 'house battery' has the most potential to me. EV vehicle range can be 'cured' by ever more powerful batteries but the size of domestic supply and its capacity to fill it in a usable time is a different issue. - By charging a powerful battery at home during the day and then combining its power with the mains could provide the rate of juice to rapidly charge a very big battery. Problem solved.
Chris.p 29 October 2016

Will it charge the car?

A nice idea and a good start to charging 'for nothing'

However will it fully charge a car? We have a 4kw domestic pv solar panel array on our roof. This is the largest persmiisible and it more or less fills the roof of a South facing decently sized 4 bedroom house.

On a really sunny day we can make 25 KWh, normally 20 ish in summer and just 4 or 5 on sunny winter days.

The revised BMW i3 has a capacity of 33KWh . So even on the sunniest of days I couldn't completely charge a small car.

But it's a start.

...The revised BMW i3 has a capacity of 33KWh . So even on the sunniest of days I couldn't completely charge a small car. But it's a start.

Yes but does an i3 owner charge it the full 33KWh every day? I doubt it. Most are used for commute cycles - maybe 10-15KWh per day max. Still better than using a donkey when the oil runs out! ;)

I wonder how much is left

I wonder how much is left after collecting from the panels, charging a large car battery screwed to the wall and then charging the car from that battery? not that efficiency is a big issue when the actual energy is essentially free anyway. It does however sound like an expensive system, regular panels are expensive enough but this has more expensive solar tiles, more electronics, thousands of pounds of battery. I can't see its output repaying its cost in a very, very long time.
View all comments (4)