The EU’s transport commissioner has outlined a future in which the number of cars on European roads are halved, autonomy is much more common and the car becomes part of a multi-modal transport network.

“I know people will still want to own cars, and they will be part of the transport solution, but the car will become a module to support the needs of individuals, companies and society,” European transport commissioner Violeta Bulc (pictured below) told delegates at the 2018 FT Future of the Car Summit.

The EU has a vision for transport by 2050 that focuses on road safety, environment, self-driving, digitisation and red tape.

“Everything we do in the European Commission will be focused on the three zeroes,” Bulc said.

Bulc recognised that Europe has the safest roads in the world but that 25,000 deaths and 137,000 injuries are still too many, asking: “Why did we agree that transport kills?”

The legislative pressure on car makers to introduce greener cars will only increase. 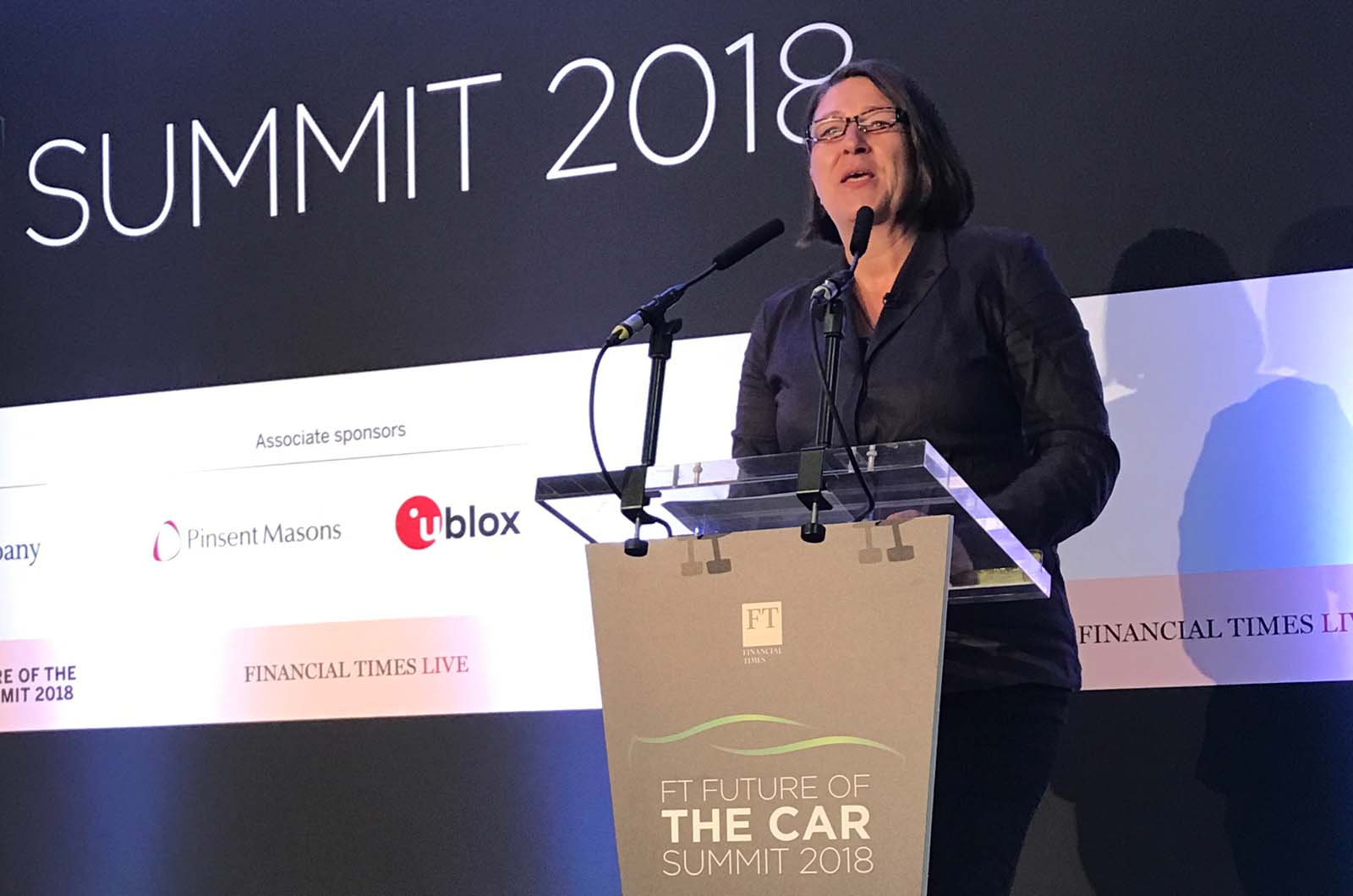 Bulc added: “The toll on our health is really high; 24% comes from road transport — far more than road accidents. Why is that acceptable? We are pushing for more clean cars to be used throughout the EU.”

Speaking about car ownership, Bulc predicted that the number of owners would decrease, while the number of people holding driving licences would similarly go down.

“The attitude to a driving licence is changing. My own family wants mobility but not to drive,” she said.

In place of drivers owning their cars, she believes autonomous driving will offer personal mobility.

“The appeal of owning is declining. Young people say mobility time should be used for something else. We need to listen to that; we can’t ignore this call for a more streamlined transport,” she noted.

However, she cautioned that self-driving technology had to be protected from cyber interference — a problem that could affect improvements in road safety. In addition, she promised that the EU would ensure there's legislation to keep up with cyber threats.

“Cyber security is becoming an issue. With modern technologies, we can remove them. [There] can be no compromise; in mobility, the sensitivity is much higher because you can lose your life,” Bulc said.

Jeep to launch four new models for Europe in 2018

Freedom of movement - but you'll have to pedal

Lol, "the car will become a module to support the needs of individuals, companies and society" - what, like it has been doing for the last 70 odd years love...?

Who is this crazy cow?

I think the rise in autonomous vehicles will increase the demand for cars as those who are unable to drive will then be able to. And when cars are all electric, one of the traditional reasons for trying to restrict cars - pollution - will no longer be a reason. So surely cars will become more widespread.

Increased cycle use (again, electric bikes will help those who can't currently cycle) is a cheap and essential way of reducing urban traffic. I have commuted by bike in London for the last five years and it is fine, honestly it is - those who say otherwise are just trying to justify their laziness in continuing to commute by car!

I dont believe this will

I dont believe this will happen, but i am all in favour of less cars and less journeys on the road. That wont be me, but maybe i can enjoy the roads a little more