BACK TO ALL NEWS
Currently reading: New simulator to combat threat of autonomous car hacking
UP NEXT
Bentley Batur: new Mulliner car to arrive on 21 August

Scientists at the University of Warwick are set to spearhead research into combating car hacking thanks to a new, £2.1 million driving simulator specifically designed to test connected and autonomous vehicles.

The simulator, which uses a Faraday cage to prevent external wireless signals from entering, can be used to find — and try to exploit — security weaknesses in a safe way.

“We’re going to do research that is ‘attacker in the loop’,” said Professor Carsten Maple, director for cyber security research at the university’s Warwick Manufacturing Group (WMG). “We’ll set up as real-world an environment as we can with signals that will purport to be infrastructure, and then see what happens when a car tries to connect to them. We can set up a software-defined radio system very easily and, for example, pretend to be a mobile phone base station and then see what happens.” 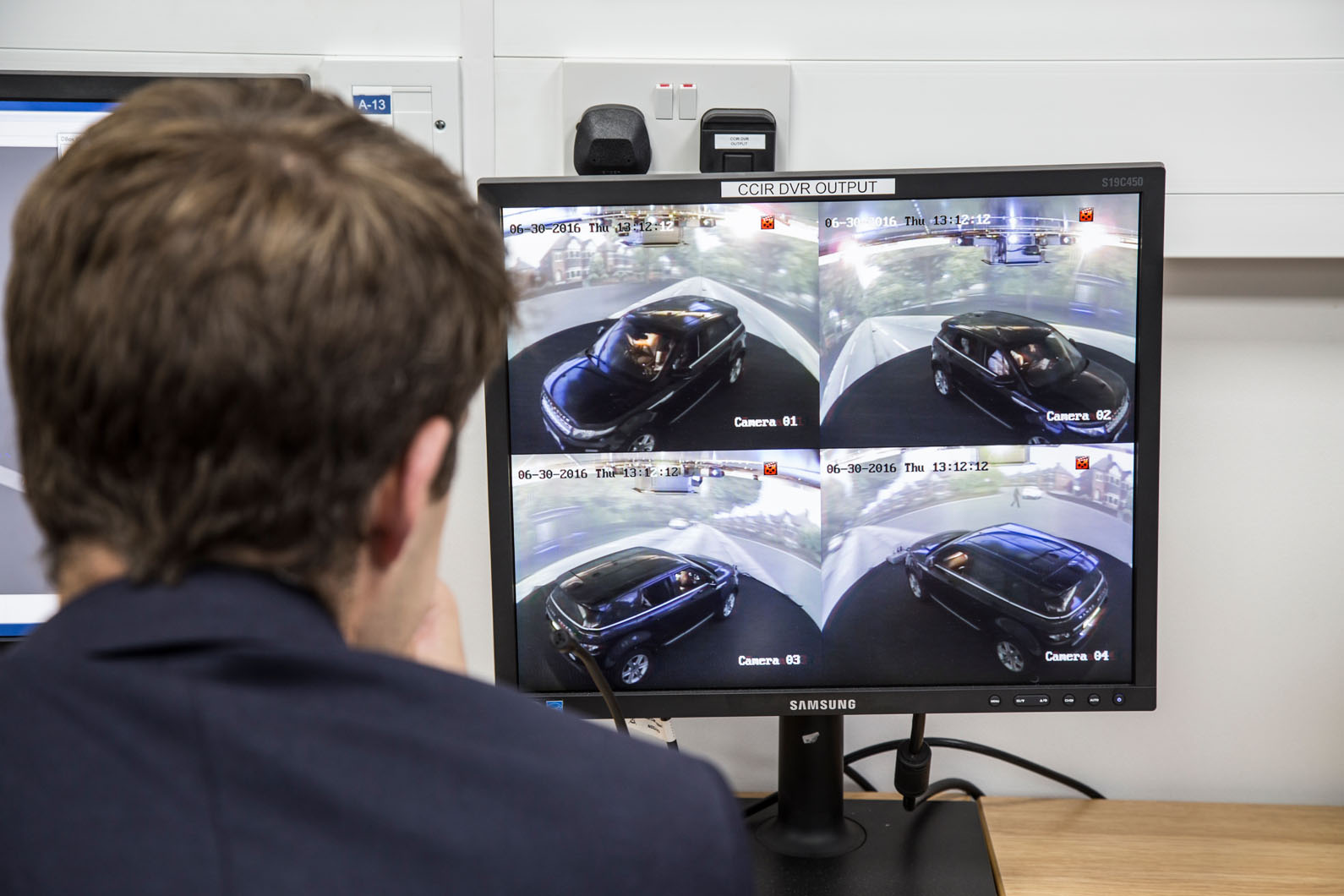 Maple was quick to point out that the infamous ‘Jeep hack’, in which remote control was taken of a Cherokee, was actually down to a security fault with the mobile phone network, but he warned that the complex data systems of modern cars offer many potential opportunities to exploit them. “People have gone in through DAB, through mobile networks; they may even be able to get access through malware on a mobile phone, or an embedded SIM in the vehicle,” he said. “We’ve got to plan for these risks.”

Maple thinks ‘ransomware’, which will encrypt a car’s systems and then attempt to charge to recover them, could pose a real threat. “We’ve already seen Cryptolocker, which will lock a computer hard drive unless you pay — never pay, by the way — but I could envisage a scenario where malware will get into a car, or onto a phone that’s connected, and prevent it from starting, in effect locking the ECU.”

As well as looking at ways to combat hacking, the WMG simulator tests how car and driver react to both regular and unexpected events. “We can put pedestrians, dogs and cyclists into the simulation and then make them behave in different ways and study responses,” says principal engineer Gunwant Dhadyalla.

Today, I’m the guinea pig. I’m driving around a virtual Coventry in a trundling queue of traffic and trying to stick to the speed limit. It’s fair to say the simulator lacks the adrenalin spike that I’d expect from a top-flight video game. The graphics lack the slickness of a Gran Turismo or Forza franchise, but they are spread across a 360deg screen that surrounds the Range Rover Evoque I’m nominally piloting through this rendered environment. 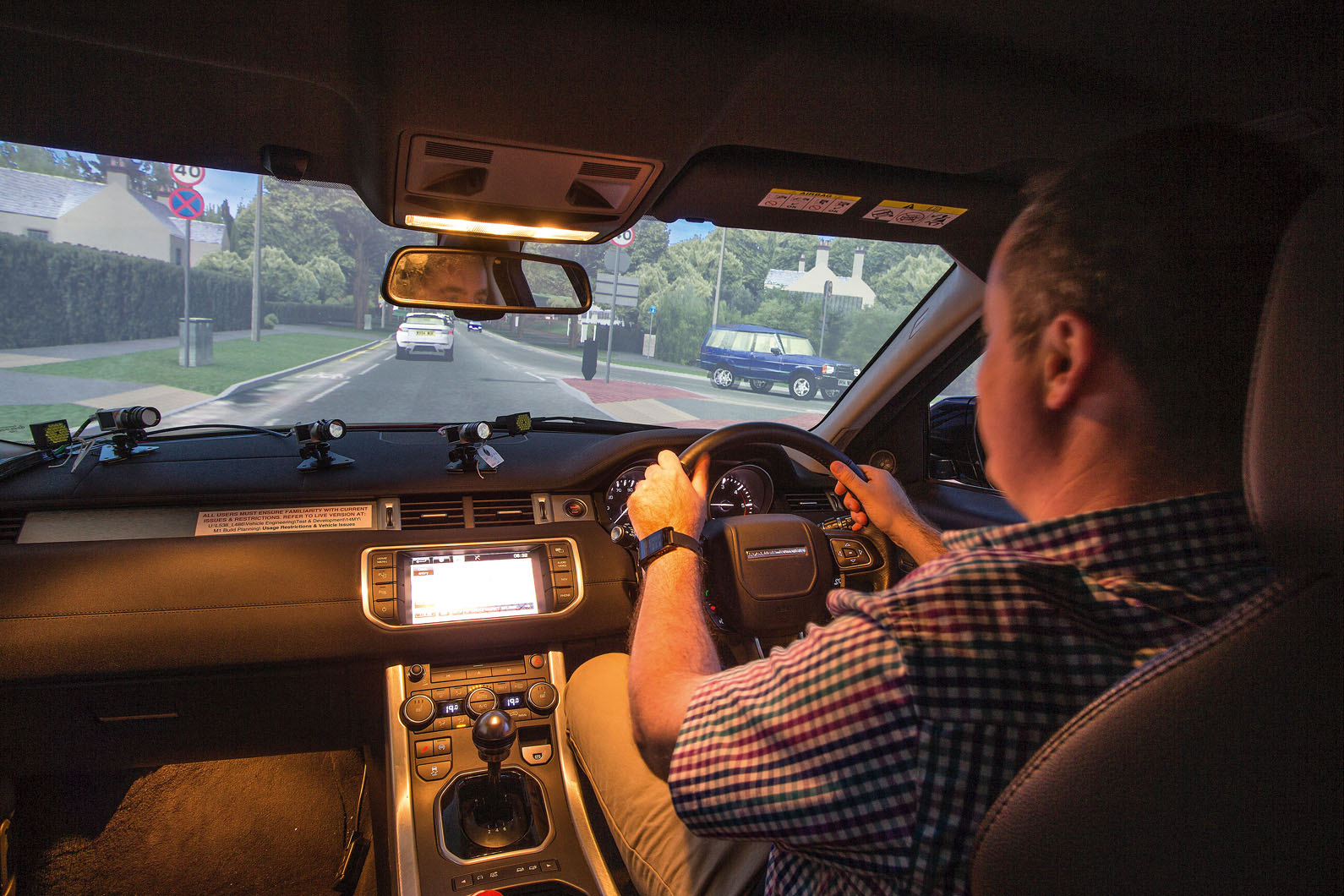 I’m feeling motion sick as my eyes and inner ears report different things. Then, as a set of lights turns to red, I semi-deliberately rear-end what looks like a Citroën Saxo. The screen freezes. “Okay,” says a voice over a hidden loudspeaker, “we need to reset.”

My ineptitude is relayed to a control room by an array of cameras. It’s designed to work with almost any car; the curved screen is eight metres in diameter “so we can get a Range Rover in”, says Dhadyalla.The size of the screen requires some serious computing power; 20 PC cores delivering 40 teraflops of processing power drive eight highdefinition projectors. A faster run shows the system hasn’t been designed to deliver a realistic handling model, although hydraulic actuators move the Evoque (an old development mule) to simulate acceleration, braking and cornering.

Government launches major consultation on the future of autonomous cars

BMW to bring fully autonomous car to market in 2021