BACK TO ALL NEWS
Currently reading: Jaguar Land Rover opens new flagship store in London
UP NEXT
2023 Pagani C10 to be revealed on 12 September

Jaguar Land Rover has opened its first UK ‘statement site’, in south-west London. It will serve as the brand’s flagship store in its home market.

Following the opening of a similar facility in Munich last year, the new multi-million-pound, five-floor facility in Sunbury-on-Thames, near Heathrow, took two years to build and is spread over 17,000 square metres.

Like a conventional dealership, it will showcase new and used models from Jaguar and Land Rover - more than 130 at a time - but will also house a display of the two firms’ historic models, a Special Vehicle Operations commissioning suite and lounge, family lounges, quiet zones and a café.

The service department, located on the second floor, features a body shop, 26 vehicle ramps, two MOT bays and a cosmetic repair area. Customers can deliver or collect their car from a fully covered, three-lane reception area.

The company, which will trade at the site as Guy Salmon Jaguar Land Rover, said it plans for the facility to provide “a real destination for new and returning customers”. 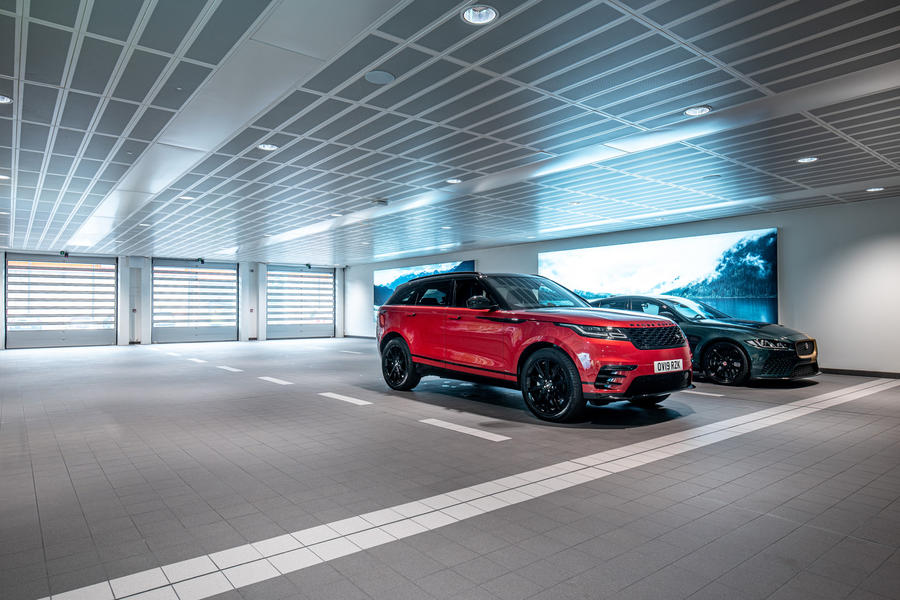 Guy Salmon South West London previously employed 145 people across its retail and servicing departments, but this new building is said to have “created many more job opportunities in the area”.

Jaguar Land Rover UK managing director Rawdon Glover called the new site a “significant addition” to the brand’s UK dealer network and said the design and technology used in its construction will reduce its environmental impact.

“We know there is continued demand for showroom experiences, proven by the footfall we’ve experienced nationally since lockdown easing,” he said, “and with Guy Salmon South West London, we have created an environment that is convenient to get to, a joy to be in and delivers excellent services and products for our customers. Our hope is that they return to us time and time again.”

2nd floor seems a funny location for the service department?  Owners won't be impressed having to push their cars up two floors to the repair centre.

Good for JLR.
At the end of the day the company is after sales. This new showroom may well help.
As per usual a majority of posters are chomping at the bit to write negative comments, some on a daily basis.
No wonder a majority of you are single!
rickerby 17 August 2020

Audi, BMW and Mercedes putting "good English folk" out of work? I would argue that it's the lazy, incompetent, generally hopeless at everything English folk that are responsible for that. Until we are prepared to accept the position we are really in, look ourselves in the eye and actually do something about it, the UK's as well as the Englands downward spiral will continue