BACK TO ALL NEWS
Currently reading: Jaguar Land Rover to drop production because of ‘Brexit uncertainty’ and diesel confusion
UP NEXT
Land Rover Freelander vs Discovery Sport: 25 years of baby Landie

A spokesman told Autocar the brand’s Merseyside facility would adopt temporary production schedule changes, which are designed to help “re-balance” the number of Range Rover Evoques and Discovery Sports available in the marketplace.

"Jaguar Land Rover has delivered another record breaking year in vehicle sales in what is now the seventh year of successive growth for Britain's largest car manufacturer,” said the spokesman. “However, the automotive industry continues to face a range of challenges which are adversely affecting consumer confidence.”

The UK new car market shrank by 5.7% in 2017, with experts pointing to the ongoing economic uncertainty that shrouds Brexit negotiations, as well as the more recent confusion created by the government’s diesel tax changes, which will increase rates for new models this April. 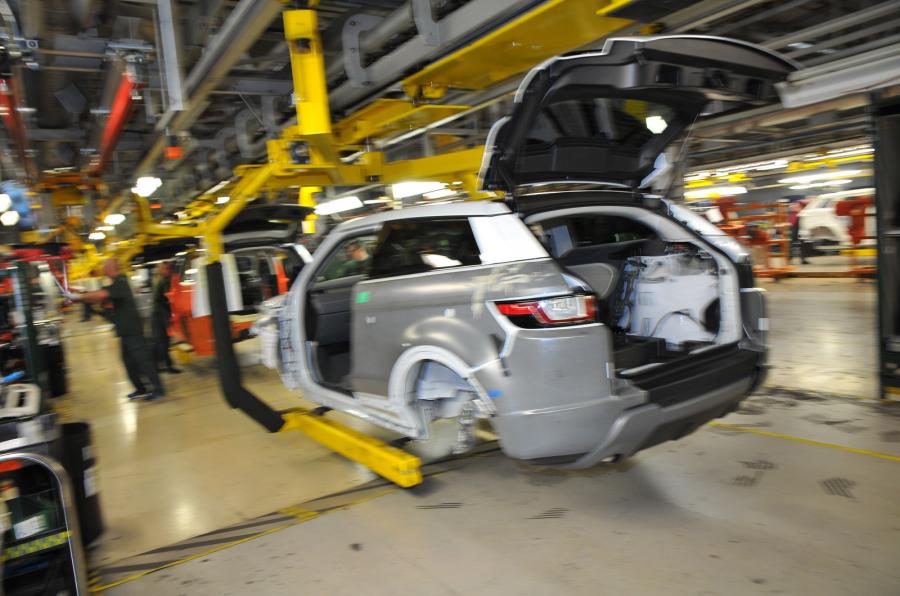 JLR’s 2017 UK and European sales saw no growth compared with 2016, which are in contrast to the strong increases felt elsewhere as the brand recorded a 7% increase in production overall – bringing the total number to 621,109 cars.

“Ongoing uncertainty surrounding Brexit is being felt by customers at home and in Europe,” said the spokesman. "Concern around the future of petrol and diesel engines – and general global economic and political uncertainty – and it's clear to see why the industry is seeing an impact on car sales.”

JLR said its Halewood production changes were “standard business practice” and that the workforce had already been informed. It stated that the changes, which will see temporary adjustments to shift patterns, will come into force in quarter two of 2018.

A night in the Jaguar Land Rover Plant at Halewood

The winners and losers of the UK's 2017 new car market

dealers “we don’t have to discount or offer you a reasonable trade in” arrogant.

volvo wanted my money more, and the dealer worked to get me into a new volvo. Excellent service, nice bloke, good trade in.

bearing in mind I was an absolute LR fan, this has been an oddly cathartic experience. Delighted with the volvo.

I am sure I am not alone in this.

Local TV has announced short time working at Castle Bromwich. Better than the bad old days of filling airfields with unsold vehicles and it might give suppliers breathing space to catch up...

Diesel rather than Brexit

I'd guess it was more due to people waking up to the fact that they actually don't need a Diesel car because they don't drive at least 20,000 miles a year. The uncertainty of Diesel taxation seems to have made them think twice rather than blindly keep opting for what everyone orders to show off on the school run. Also, Land Rover seem to be producing too many very similar looking models now.
View all comments (23)