BACK TO ALL NEWS
Currently reading: Insight: Why Mazda has pursued 'dream' petrol engine technology
UP NEXT
New Porsche Taycan Sport Turismo on sale from £73,560

Mazda will become the first major car maker to introduce a compression- ignition petrol engine — and the firm believes it could be cleaner than pure-electric power over its lifecycle.

The pursuit of this technology sets the Japanese manufacturer apart from other car companies that  are focusing their efforts on improving hybrid and pure- electric systems to make their vehicles cleaner. However, Mazda officials insist they aren’t deliberately following an alternate path.

Our drive in a prototype Mazda 3 Skyactiv-X 2019 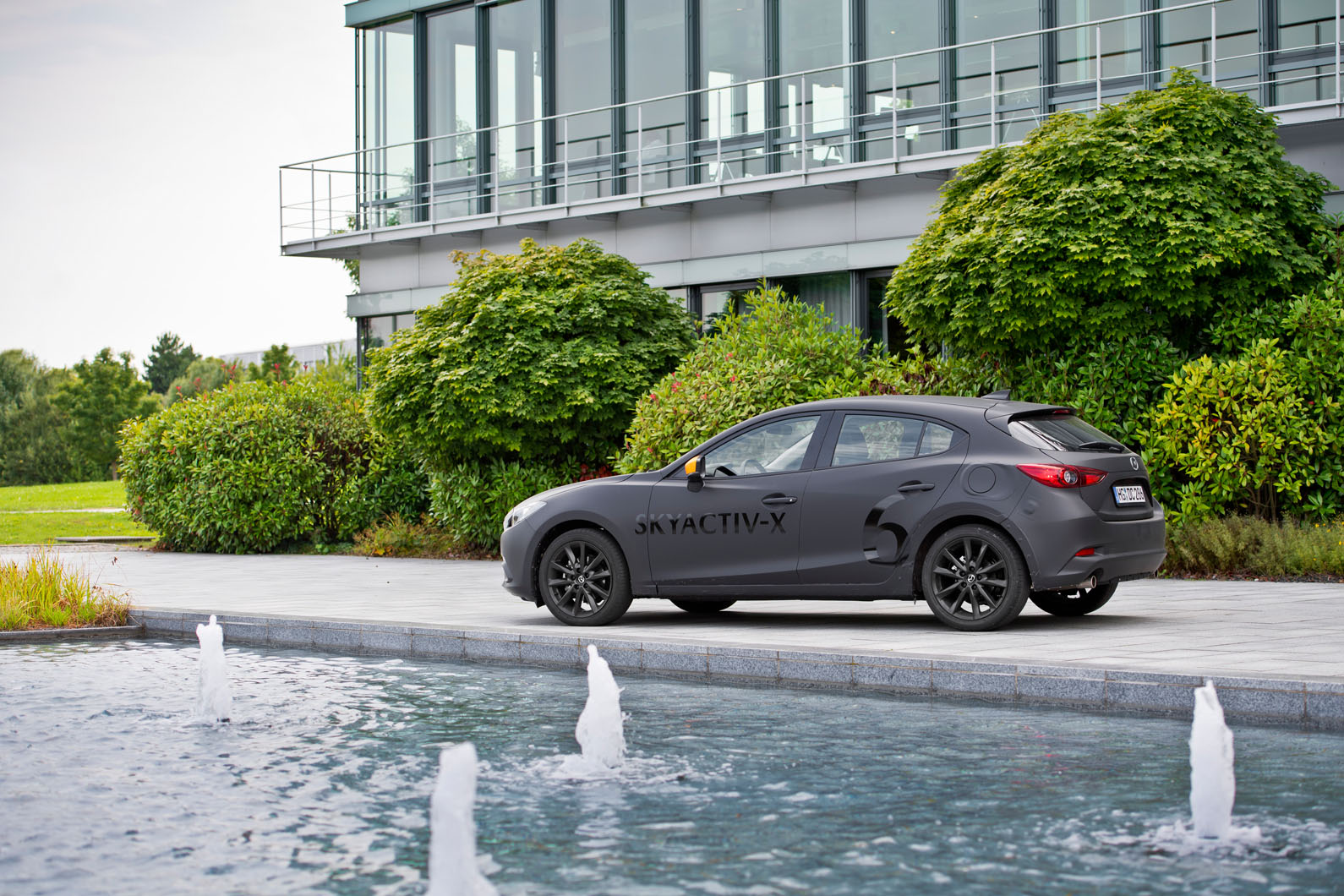 “We never want to be different,” Hidetoshi Kudo, Mazda’s head of product strategy, told Autocar. “We just want to do the right thing. As a result, we are different. But it’s not on purpose.”

The direction taken by Mazda has been shaped by the philosophy it has adopted as a far smaller company than many of its rivals. With limited resources, Mazda has been forced to sharpen the focus of its R&D activities.

The first step came in 2005, when Mazda unveiled a road map to ideal combustion, identifying seven development areas it believed would lead to the most efficient petrol and diesel engines possible. 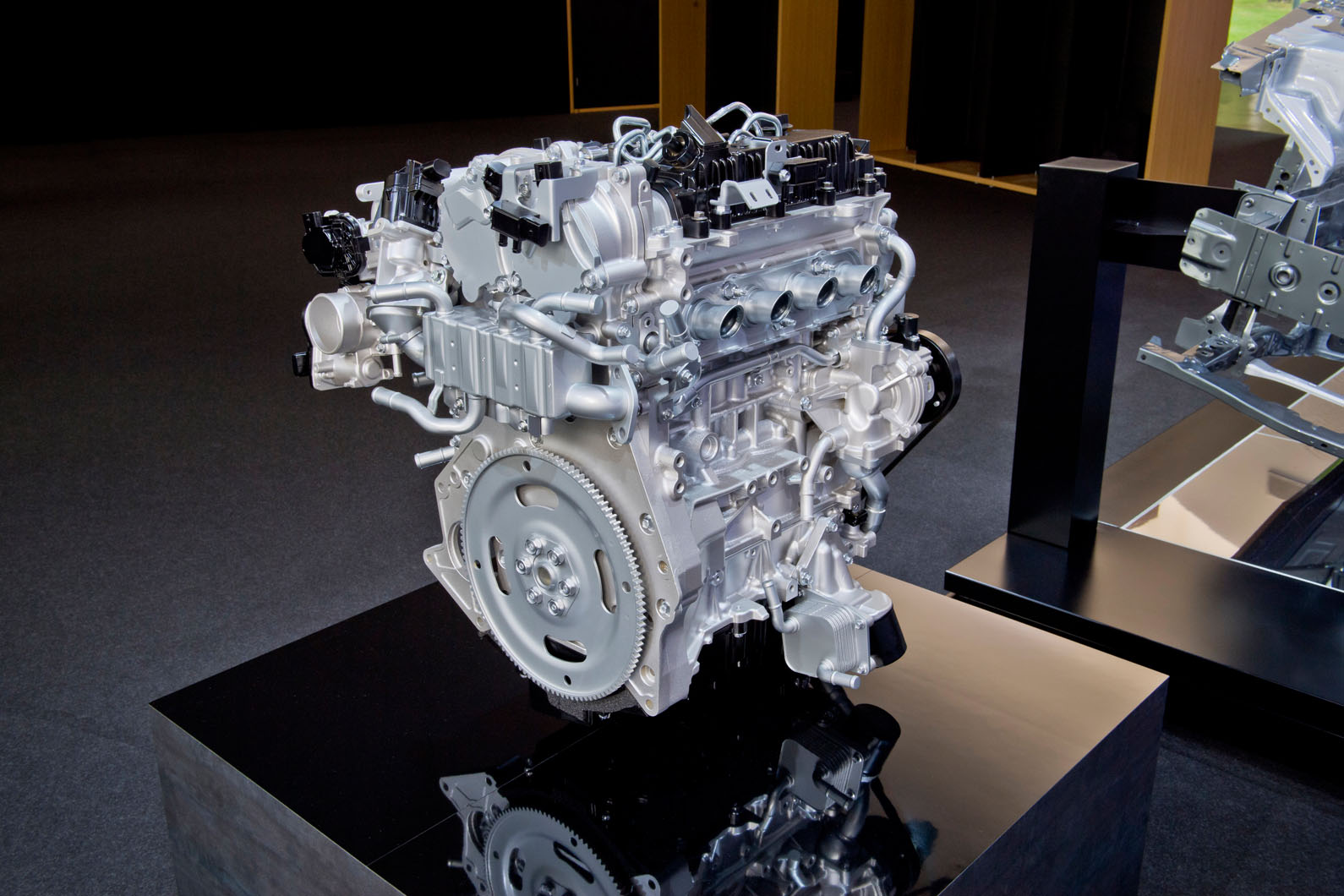 Kiyoshi Fujiwara, Mazda’s R&D boss, told Autocar: “Step by step, we’ve developed the technology towards this goal. We’ve never looked at a different direction. Larger manufacturers have lots of people and they can do multiple things. But we decide on one thing - and we decided to work on this.”

The next step to that goal was Mazda’s Skyactiv-G petrol and Skyactive-D diesel engines. After that, Mazda focused  on improving the heat ratio - the thermal efficiency of the Otto cycle - and combustion period and timing. This offered potential improvements to fuel economy and emissions without compromising performance - and it led Mazda to pursue compression ignition technology.

Homogenous charge compression ignition (HCCI) - literally squeezing the air-fuel mixture until it combusts - is standard on diesel engines but had long been impractical for petrol engines because of the different fuel characteristics. The challenge of petrol HCCI is that it works within only a limited engine rev range, which changes depending on atmospheric conditions. The ideal solution is a petrol engine that combines compression ignition with a spark ignition, enabling it to be used in a far wider range. 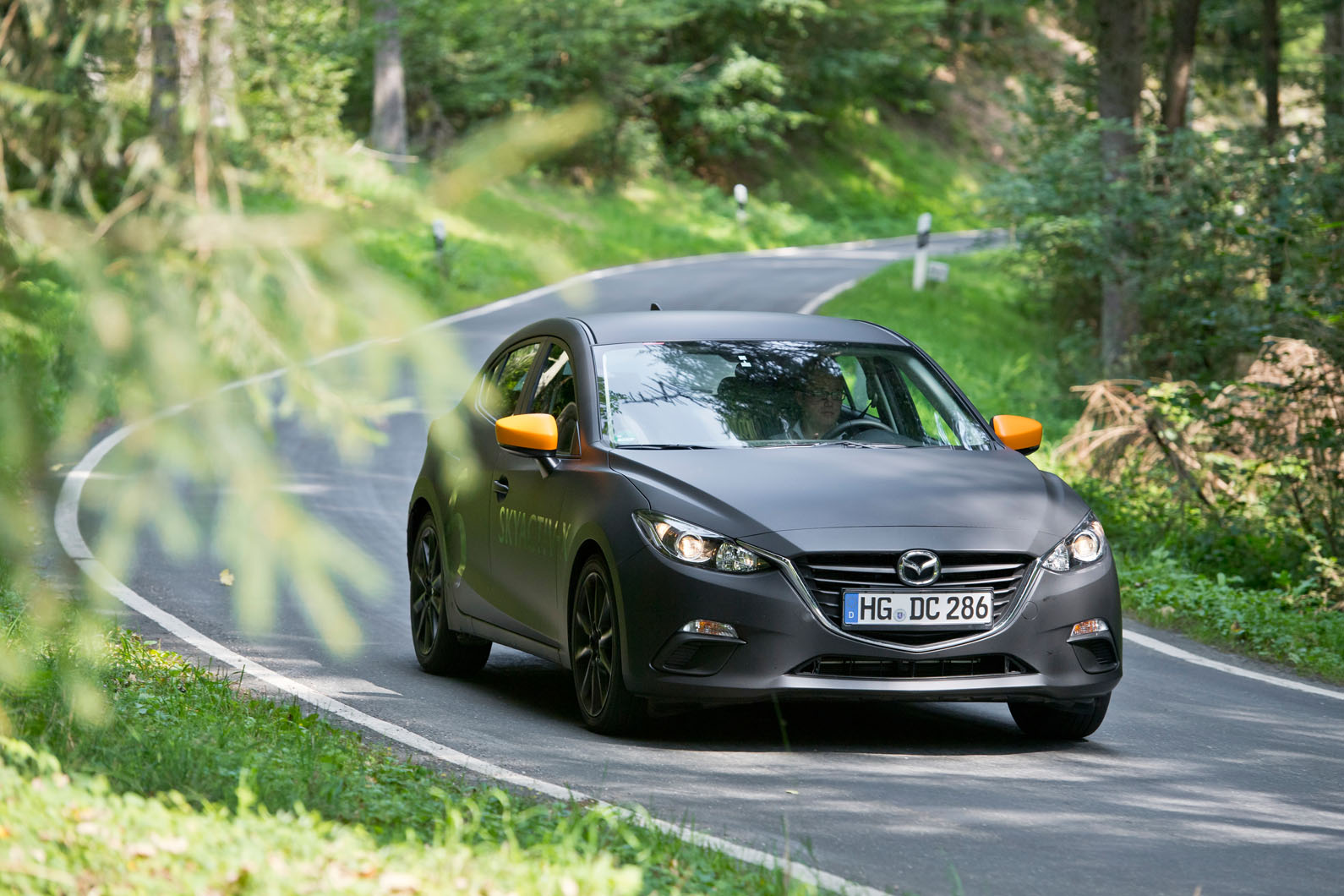 A compression-ignition petrol engine is “a dream”  for engineers, according  to Kudo, and to achieve it Mazda extended its usual development cycle. “We used to spend two years developing each technology,” he said. “But for Skyactiv-X, we have taken five. That level of time was needed to achieve the higher target.”

Skyactiv-X engines will enter production in 2019, twinned with Mazda’s new Skyactiv platform. Within five years of that date, Mazda will refresh its entire model range with the new engines and platform.

Mazda has yet to set specific targets, but it is aiming for  the new engine to combine  the emissions and economy of a Mazda 2 with a 1.5-litre Skyactiv-D engine with the performance of an MX-5 with a 2.0-litre Skyactiv-G petrol unit. 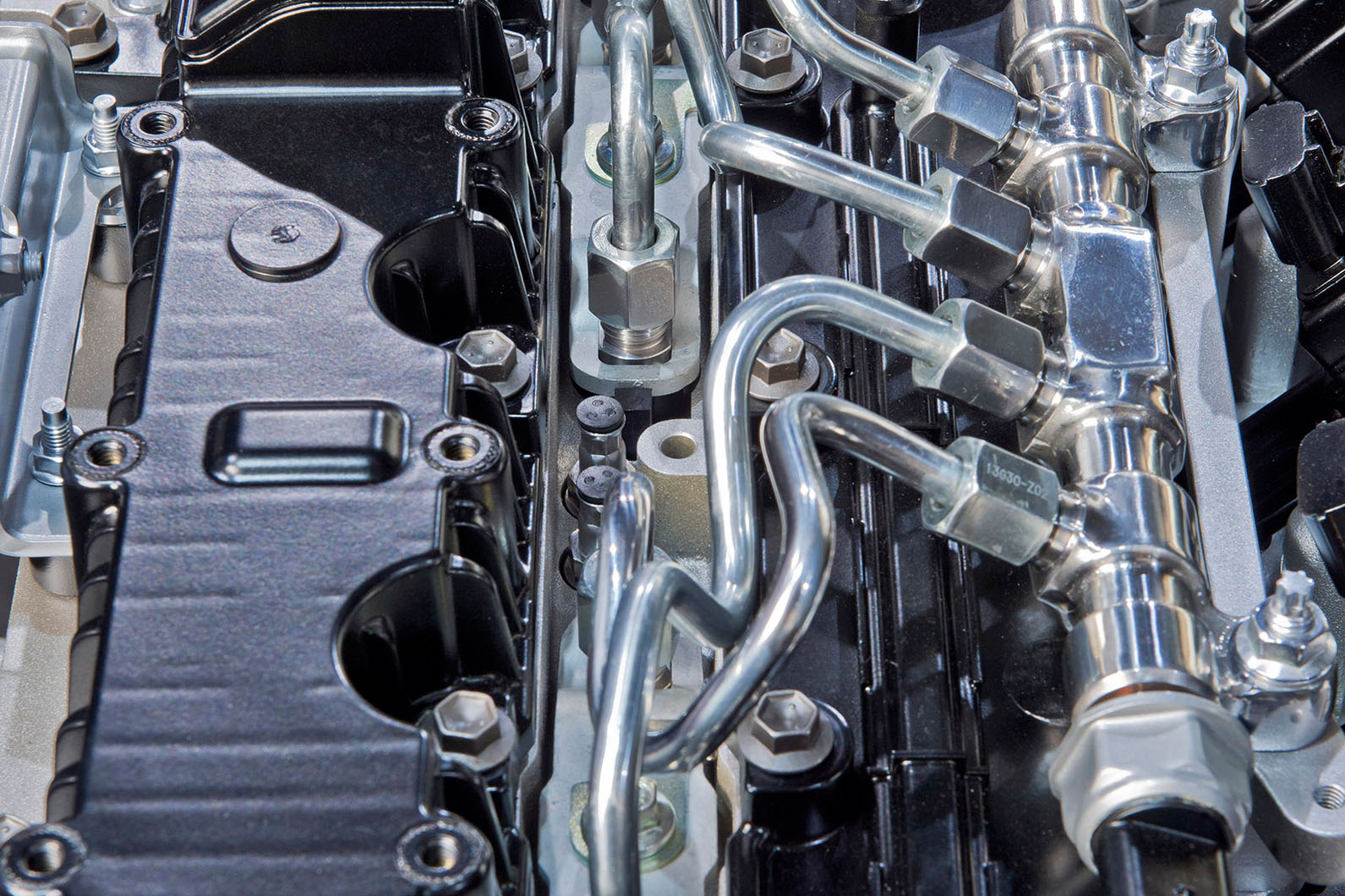 Although Mazda is continuing to pursue combustion engine advances, it isn’t shying away from electric. It will introduce a mild hybrid and a battery EV in 2019 - and, by 2035, every Mazda sold  will have some element of electrification. Progress in that area will be aided by a recent technical tie-up with Toyota.

Again, there is a difference: Mazda’s focus is on ‘well-to-wheel’ emissions, which accounts for how the energy that goes into a vehicle is created. In that context, an EV is only clean if the energy powering it comes from a clean source.

“We’re not denying electrification,” said Fujiwara. “By making CO2 savings on the combustion engine, we can reduce the burden on  the hybrid.” The exact level  of electrification in Mazda’s line-up will vary from country to country, taking into account power sources and legislation. 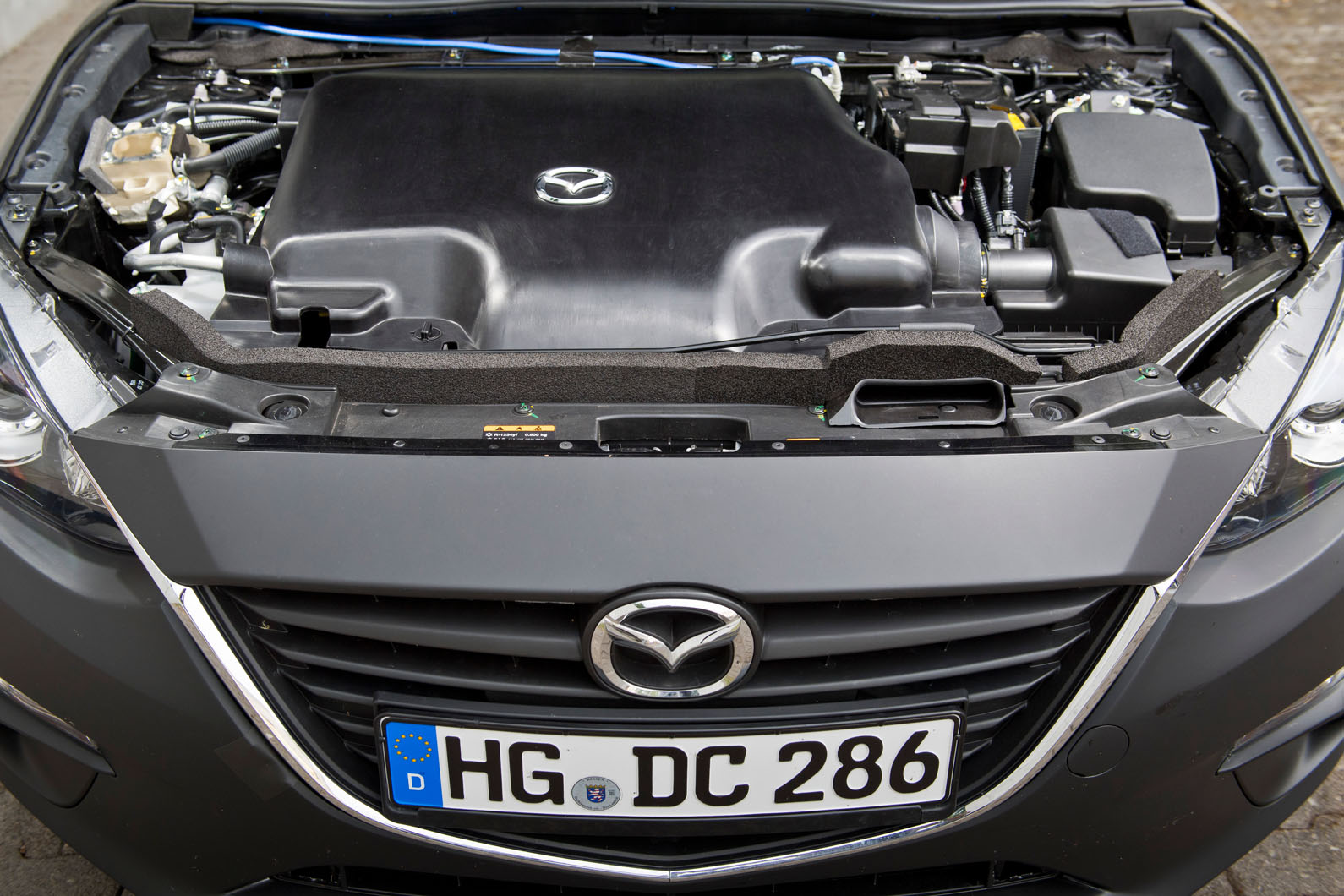 A petrol engine with reduced emissions and improved economy can require a smaller electric hybrid unit, removing some of the packaging challenges of the system.

Kudo said: “If the required motor and battery is small, we can provide customers with  a small, cheap and compact hybrid system with very good fuel consumption.”

Although Mazda’s future involves electrification, it is heavily invested in retaining petrol engines at the core of its powertrain line-up. Kudo said: “Many media want to discuss A or B, combustion engine or electric, a paradigm shift. But maybe history will prove such a change never happens. It’s a gradual change. We believe, as of today, the most important thing is to improve the internal combustion engine.”

Yes I have had two excellent Maxda 6 and loved every kilometer - trouble free and a pleasure. Reading this gives me some hope that we petrol heads will not suffer withdrawal symptoms as all those battery packs contaminating the planet and the fast depletion of the special resources diminish to zero.

This option is great - I still believe in Hydrogen, but right now governments, after pushing diesels down our throats, are now pushing electric up ours asses. So we know who is behind all this bull. Finally we might get to hydrogen!

Tell us about the particulate emissions produced by this engine when it is operating in compression ignition mode.

Tell us about the type of particles - What are they? How small are particles? What effects will they have on the environment, atmosphere, people, animals, plants, crops etc?