BACK TO ALL NEWS
Currently reading: Hyundai Genesis culled from UK line-up due to poor sales
UP NEXT
Alfa Romeo to show new sports car in early 2023

Hyundai Genesis culled from UK line-up due to poor sales

Hyundai has removed the Genesis saloon from its UK line-up due to low demand, with sales reaching just 50 units since 2015.

The BMW 5 Series, Mercedes E-Class and Jaguar XF rival was offered in the UK exclusively with a 3.8-litre V6 petrol engine. This high-spec lone model cost from £50,705, allowing the more comprehensive ranges of its rivals to enter the market with more affordable base prices.

"The Genesis was never built for the European market, it was conceived for the Korean and American markets," Hyundai UK managing director Tony Whitehorn told Autocar. "It shows a saloon car with a 3.8-litre engine is not really what is demanded in Europe, and in particular in the UK.

"we brought it in as much just to sample it: lots of people told us they’d driven a Genesis in America and liked it. It was also available in Australia and had done well there, so it was engineered in right-hand-drive. So we thought fine, let’s trial it and see how it goes."

Hyundai has launched the Genesis brand as a luxury vehicle division in several markets, where the Genesis saloon has been renamed the G80. The firm is also developing a smaller Genesis G70 (pictured below), which will sit below the G80 in the range. No date has been set for when the Genesis brand will make it to Britain, and some sources expect it to take several years, despite earlier, more optimistic predictions. 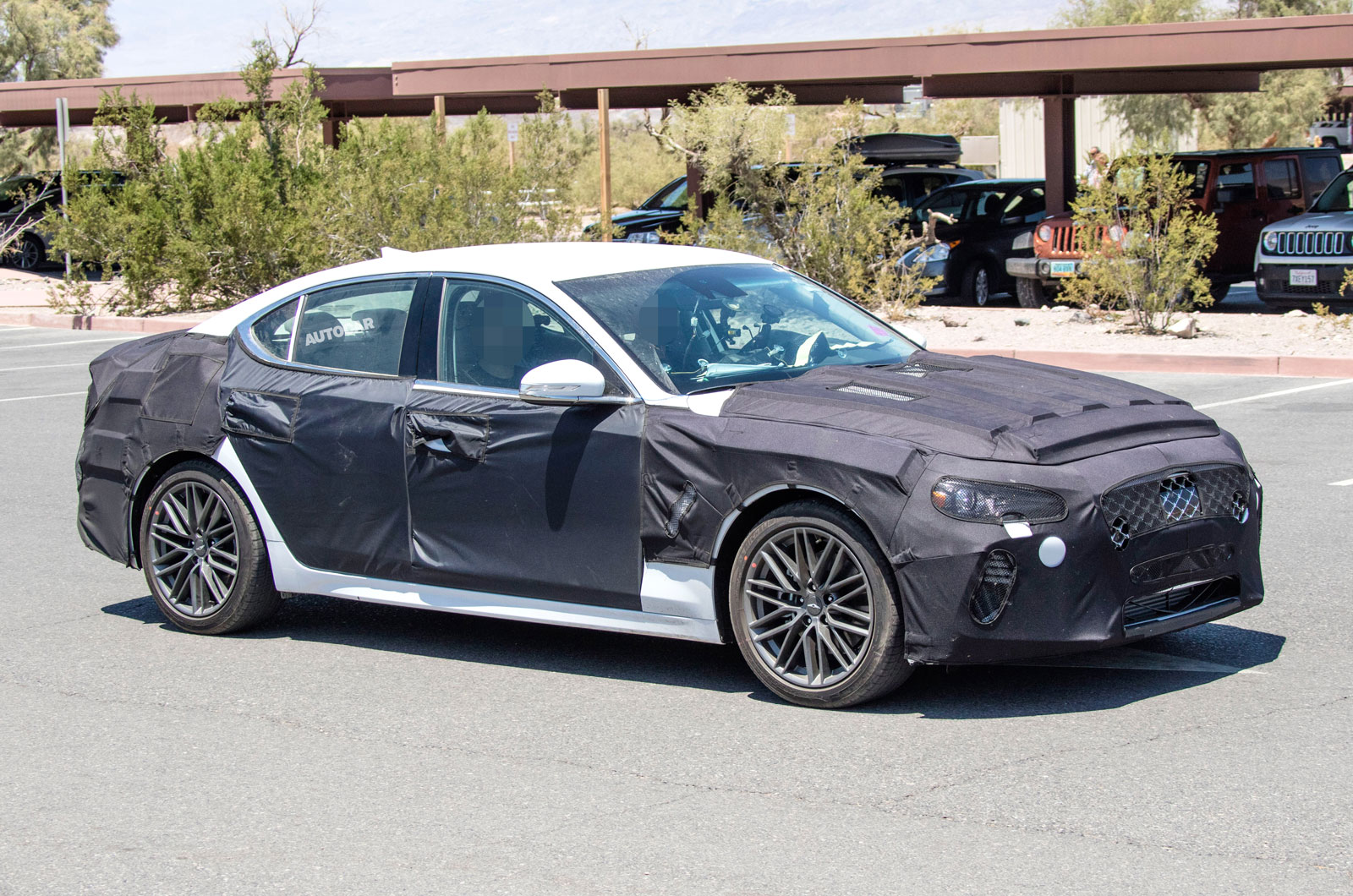 Alongside the G70 and G80, Genesis also produces the larger G90 saloon for the Korean, US, Chinese and Middle Eastern markets. But sales for saloon models in Britain have plummeted in recent years, falling by more than 50% compared with a decade ago, meaning an SUV model will lead Genesis’s UK charge.

Whitehorn told Autocar that no decision had yet been made on whether to bring the Genesis brand to the UK. In an earlier interview, he said: “The Genesis of today is more of an American car, but there are models coming that are more suitable for our market, such as the crossover and SUV. We bring out the SUV, there will be more interest.”

Have you driven one?

It's a lovely car, true the economy is worse than all it's peers drinking from the diesel pump, but it brings comfort, every luxury possible (except a drinks fridge and massage seats) and people ask all the time what the car is.

I don't regret buying one!

Hyundai never planned to sell many and never marketed the car. I'm really glad they gave me the oportunity to buy a large comfortable and powerful car, instead of all the usual under powered rubbish, deadly diesels or the way-overpriced German cars. I think for price and comfort the Genesis provides a great balance. It also has world appeal now. Read this

I'm afraid the general British buying public are too dull to appreciate that there is more to life than the usual VW/ Ford complex. Many parts of the world are taking-off, and this car appeals to those markets. The British will continue to squeeze every mile fom a litre due to excessive tax and put up with the unexciting cars put before them. The pot-holed roads doesn't enhance ownership either. I'm really enjoying my motoring, and this Genesis gives me a graet motrtoring experience. Hyundai are looking after me and giving great back-up.

I've seen a new model Genesis (can't remember where, probably not in the UK) and was very impressed by its simple restrained elegance and its presence (something that the photos can't communicate) not qualities I can attribute to the E class, 5 series, A6 or XF

The original Lexus LS was a success, why shouldn't this one be as well?

Clearly you cannot succeed in

Clearly you cannot succeed in the UK and Europe without tax friendly diesel albeit health and environment damaging.
View all comments (12)