BACK TO ALL NEWS
Currently reading: Ex-Jaguar executive explains shock move to Chinese start-up
UP NEXT
Blast in the past: reborn Bentley Blower Continuation driven

Mark Stanton was one of the big beasts in the British car industry. He built his career at Ford and Jaguar Land Rover, becoming JLR’s director of vehicle engineering and then head of its Special Vehicle Operations division.

But he has joined the exodus of senior automotive talent to China, where he is now chief technical officer for bold EV start-up Human Horizons.

The firm revealed its first car, the HiPhi 1, last month. A six-seat coupé-ish SUV with high levels of autonomy, it’s due on sale in China by 2021. But why did Stanton, 59, leave JLR’s high-performance arm to gamble on a Chinese start-up? “SVO was meant to be the pinnacle and to begin with it felt that way,” he said. “I don’t want to speak ill of JLR because I still have a passion for them and the product, but the frustrations grew and grew. It should have been a great swansong but it didn’t turn out that way…

“I could have gone on another three or four years and retired, but I didn’t want to do that. I wanted to change direction and do something different.”

Moving to China has been financially rewarding, but Stanton said he had offers from several manufacturers, two of which would have kept him in the UK. But he said: “I didn’t want to go and work for another big OEM. I didn’t want that management style and that baggage. I was looking for more freedom.”

After meeting with Human Horizon co-founders Kevin Chen and Ding Lei, both of whom have worked with western brands in China, Stanton decided it was a match.

He relocated to Shanghai last year and now leads a team of 400 engineers. “We could never have moved so quickly in any traditional OEM,” he said. 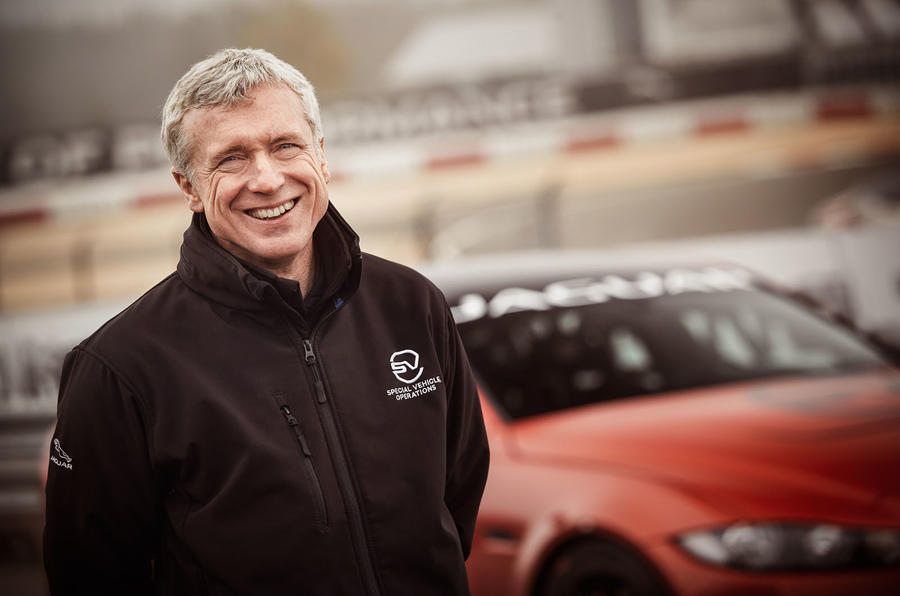 Stanton said his contacts in the automotive supply base have been useful, with many components for the HiPhi 1 sourced from top-tier European firms. Those include Michelin low-rolling-resistance tyres, which, Stanton said, “aren’t widely available in China.”

Stanton had another reason to switch to an EV-only firm: “I got religion, I guess.” Having been involved with JLR’s electrification programme, “the environmental side has become really important to me. Cars have been around for 110 years and I’ve been working in the industry for 35 years. During that time, I think I’ve made the world a worse place. I’ve been contributing to the problem [of emissions].

“Conventional OEMs are trying to move forward, but it is so difficult with everything else they need to do. It’s much easier to create a new world from scratch.”

Asked how he squared that with his role at SVO, Stanton looked slightly uncomfortable – “yeah, there were a lot of V8s” – and said he doesn’t own a conventional car any more.

He said he doesn’t know if Human Horizons will be one of the Chinese EV start-ups that breaks through, but he insists it has the funding and connections to succeed. “I’m in a lucky position because if it doesn’t work out, I don’t really suffer. I can retire and put my feet up,” he said. “But I want this to succeed, because we’ve got 1000 employees now and I want it to work for them.”

Bringing premium EVs to China: Behind the scenes at Nio​

I worked in SVO briefly after

I worked in SVO briefly after this guy's time.  I came across a presentation he wrote.  Forget the exact detail but it was the plain direct speaking and clarity about the changes required in SVO that stood out.  Never heard that clarity during my brief tenure there.  It really is a quite fearful yes man type culture,not product/engineering led.

I can see why he didn't fit in ! Not hiding the fact he is filling his boots in China.  There are several super - credible guys like this in Chinese EV developers (Ex-Mclaren guy at Rivian) .  The new EV world is all to play for.  JLR don't have the product roadmap or exec imagination to grasp this.

Mark Stanton doesn't come out of this too well here in many people's opinion. Poor guy likely got shuffled off when SVO turned out to be a one-trick pony whose answer to any question, ones that few people asked - the answer being "to stick a big V8 in it".

Knowing JLR senior management extremely well in the recent past and competitors like BMW and Mercedes nearly as well there is/was a difference. JLR has a plucky underdog mixed with arrogance they will get away with. Their German competitors are grafters that don't hope for the best and are slightly more passionate, well less cynical then.

A friend of mine left JLR - luckily before things went south. He joined one of the Asain makers at Director level (which is mid-senior). He was so happy to get out, just because of the politics and the somewhat conceited mindset pervading the place that they were better.

So I give Stanton a pass, he was a petrolhead who needed a job. And miraculously saw the light - he may have been part of the problem to some people here but he would not have been senior enough to have materially caused JLR's demise.