There are nearly 500 EV start-ups registered in China, and most are doomed to failure. Can Human Horizons be any different?
Close

Thanks to Chinese government incentives pushing 'New Energy Vehicles', the country is the world’s largest electric car market. And there are literally hundreds of domestic start-up firms all battling for a share of it.

There are nearly 500 electric car firms registered in China (the vast bulk of which have yet to make a car), which means that newcomers to that already overcrowded market need to shout loudly to have any chance of making a splash.

In the case of Human Horizons, which recently launched its first car, called the HiPhi 1, that meant taking over a substantial office building near Shanghai, converting it to an arena, inviting more than 500 journalists, influencers and hangers-on – and providing enough food and drink for double that number. 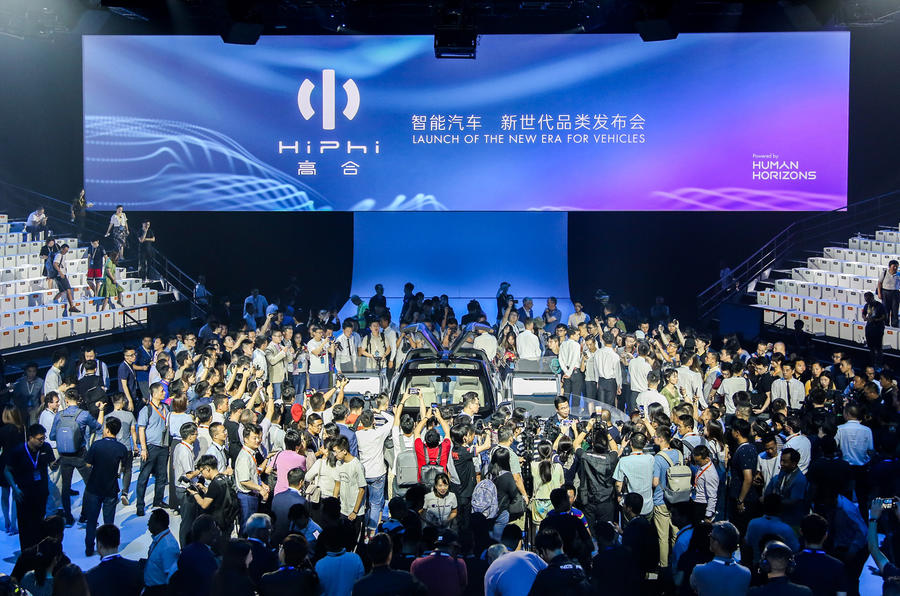 There was a live band and even dancers, dressed in shiny costumes to be better picked out by the HiPhi's adaptive lighting system.

This approach wins headlines, especially in China, but it doesn't really help casual observers work out whether the company in question has anything more than the budget necessary to put on a big party.

I've got absolutely no idea if Human Horizons is going to prove to be one of the stayers, but after chatting with technology chief Mark Stanton I reckon it’s in with a decent shout.

Stanton is a 35-year Ford and Jaguar Land Rover veteran, whose last job was as director of JLR’s Special Vehicles Operations division. While he acknowledges that it was "definitely time" for him to move on from JLR, he agrees that he could have found something considerably easier to do than to move to China and work for a start-up. His new role is undoubtedly well remunerated, but it has also been seriously hard work.

Yet beneath the attention-grabbing bling – which include gullwing-opening rear doors – and odd name, the HiPhi 1 is grounded in production reality. Stanton worked on the I-Pace Trophy race car and knows a fair bit about developing quick electric cars, and says that the company is on course to be delivering the first examples to Chinese buyers in just two years.

China still has a perplexing array of new electric-only companies and the failure rate is growing. Seres – formerly known as SF Motors – recently laid off 90 staff in California while a recent report suggests that what had been a gold rush of venture capitalist cash into Chinese EV makers has slowed to a relative trickle, from $6bn in the first six months of 2018 to $780m for the same time this year.

Yet the fact remains the Chinese government is pushing ‘new energy’ vehicles increasingly hard and has both the power and the clout to ensure levels of short-term adoption that will take much longer to realise in the west.

There will be losers, but there will be winners as well. It's telling them apart that's the challenge.

Bringing premium EVs to China: behind the scenes at Nio