BACK TO ALL NEWS
Currently reading: Concours condition McLaren F1 on sale for an estimated £9.5 million
UP NEXT
Grand touring: 1000 miles across Europe in the new Alpina B3

Concours condition McLaren F1 on sale for an estimated £9.5 million

McLaren is selling one of the last ever F1s made, on behalf of its owner, for an estimated £9.5 million.

The car has covered less than 2800 miles since it was built in 1998, and has recently been maintained by McLaren’s Special Operations Heritage division.

It is painted in Carbon Black and sits on black 17in magnesium wheels with centre locks, and the interior features a black and red leather driver’s seat and Alcantara-wrapped passenger seats. The car is described as being in concours condition and has remained in factory specification for its entire life. 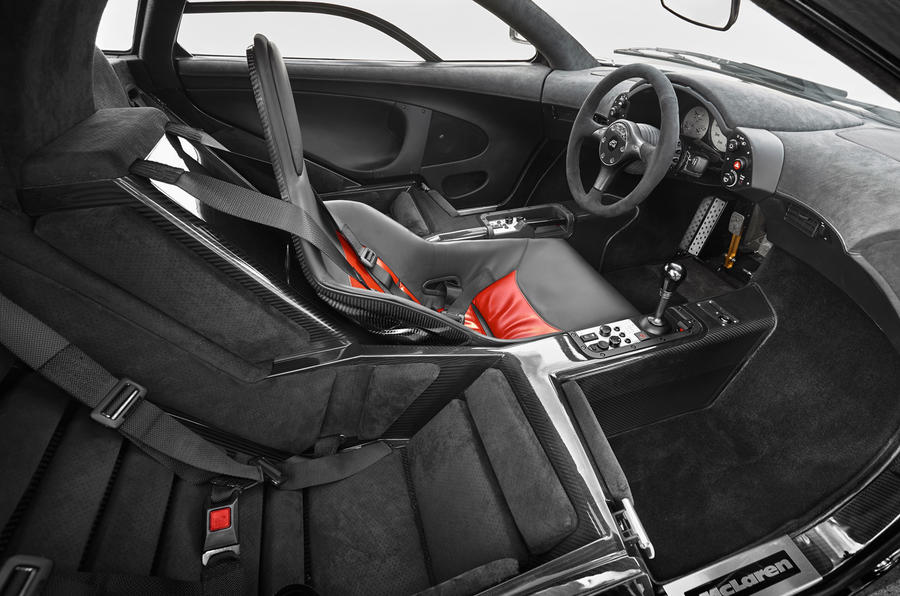 That means its naturally aspirated V12 engine produces 618bhp and 455lb ft of torque. The 1138kg car can accelerate from 0-60mph in 3.2 seconds and on to a once record breaking top speed of 240mph.

McLaren says it is one of the best examples of the F1 on the planet, and as such, experts think it could sell for a new all-time high price. 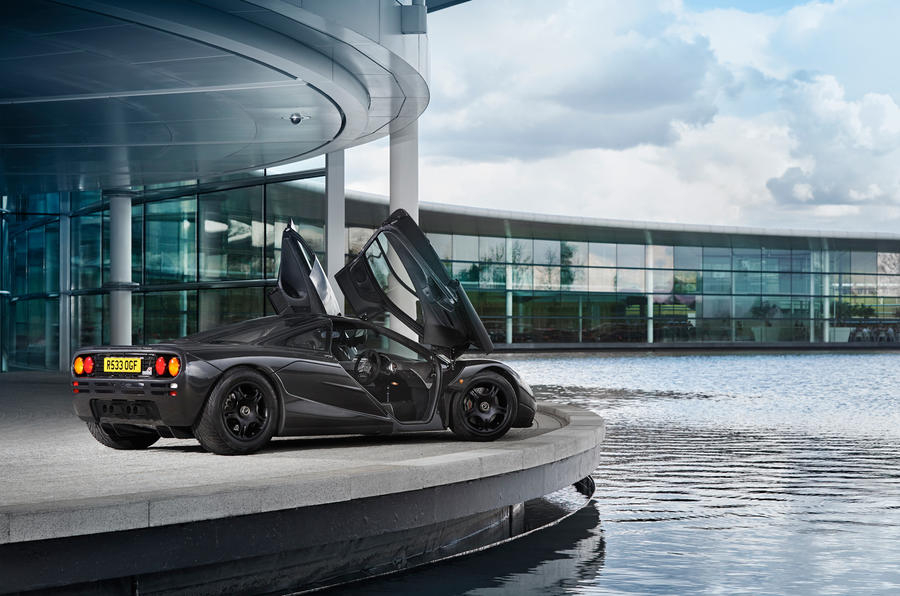 McLaren isn’t disclosing the car’s advertised price to anyone but prospective buyers, but a similarly immaculate F1 sold for close to £9 million last year and market value has increased since then. That has led experts to suggest chassis 069 could sell for between £9 and £10 million.

The car is currently being held at McLaren’s Woking headquarters and is available for viewings. If you’re interested, McLaren will take the car off the market once you put down a deposit.

If, like us, you can only dream of owning one, perhaps the videos below from the Autocar archives will help remind you why the McLaren F1 is one of the world’s greatest ever drivers’ cars.

McLaren F1 takes on the MP4-12C on track

The door mirrors and nasty

3 May 2016
The door mirrors and nasty indicators are horrid and ruin the lines, it always looked far better with the high mounted mirrors containing the lights and the smooth front.

Just 2800 miles in over twenty years.

2 May 2016
Guess it's the 250 GTO of my generation, still have the autocar supplement somewhere. Makes me feel old, where has the time gone.

Utterly beautiful, but this

2 May 2016
Utterly beautiful, but this car will probably never be driven in anger again. A shame, but with less than 100 built it's perhaps inevitable that this would happen.

3 May 2016
It's so depressing to see cars - any cars - which are underused in this fashio. There's a Daytona Spider for sale at the moment which has something like 40 miles a year since new. Presumably this means it can now never be driven because once it has miles on the clock it will be just like all the others - not that there are so many, of course. These are machines not sculptures - however beautiful they look - and when they fall into the hands of people who don't drive them something goes missing forever. It's like owning a van Gogh and never looking at it. Or photographing a Michelin-starred dinner but refusing to eat it for fear of upsetting the composition. If cars get driven they wear out - but they can be repaired. Mr Bean proved that.

Why the black wheels? It's

3 May 2016
Why the black wheels? It's not a 15 year old Audi A3. Spoils the looks for me. Unfortunately this is now a 'portfolio' car, the odd one might get used but the rest you might as well freeze them in carbonite like Han Solo.