BACK TO ALL NEWS
Currently reading: Car makers risk missing deadline to publish WLTP figures
UP NEXT
How the Bugatti Chiron became the first 300mph road car

Car makers are “struggling” to publish all model-variant CO2 and MPG figures in time to hit the deadline for the new WLTP fuel economy rules on 1 January 2021, according to a report by industry consultant Jato Dynamics.

“This isn’t about the test itself or compliance with the test but the massive data flows to inform customers and dealers about new CO2 and MPG figures, and some car makers are struggling with that,” said Olivier Pejis, head of European sales leasing at Jato. “There’s also the issue of offices being closed for three months during Covid shutdowns, cutting the time available to work on this.”

With around 15 million new cars sold in Europe every year, each with a unique specification of parts and the bulk of each model subject to multiple spec changes during the buying process, the data involved is enormous.

“The only source for these numbers is the OEM [original equipment manufacturer], so every car that is specified needs a CO2 and MPG figure supplied from the car maker. The demand for highly accurate information is immense,” said Pejis.

The CO2 figures of built cars also contribute to a manufacturer’s CO2 fleet average. The target is around 95g/km, depending on a number of factors, and is the basis for huge EU fines if the limit is breached. 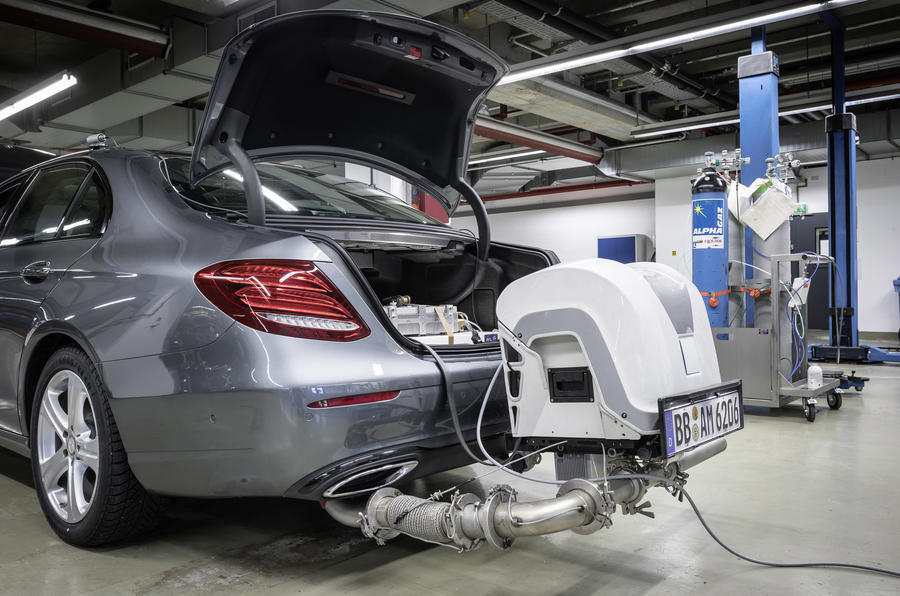 The detailed spec of every new car sold from 1 January 2021 will have a bearing on its unique CO2 and MPG figures, which will stay with the car for its life and dictate the road tax and company car tax due on it.

“This is very complex and it’s new to everyone, so it’s not surprising that some car makers are better at it than others,” said Pejis.

A source at a major car maker contacted by Autocar said the process of introducing new WLTP figures on price lists had been “challenging”.

They said: “We feel we’re on top of it. But others may not have started so early and may be finding it more difficult.”

One pitfall of failing to get the CO2 and MPG numbers correct is the unpleasant surprise for a buyer whose new car delivers worse efficiency than expected.

“This will cause all sorts of problems for private buyers, but especially corporate fleets, who are giving undertakings to clients and investors about corporate responsibilities for reducing their carbon footprint,” said Pejis.

This is a real possibility because of changes in engineering or spec between an order and delivery – a lead time that can extend to more than three months for a car built to order. A small spec or minor engineering change – such as a different battery or tyre brand or a component redesign – could change the actual CO2 and MPG figures in this time.

Car buyers have also become accustomed to lastminute spec changes up to the ‘build date’, but this may no longer be possible once WLTP is mandated after 1 January.

“Imagine if you specified a car on a dealer configurator with a CO2 of, say, 99g/km to comply with a significant tax threshold but, because of a manufacturing specification change, the car is actually delivered with 102g/km, raising your motoring costs,” said Pejis.

Consumer lawyers might well find a rich hunting ground if large numbers of buyers receive vehicles that diverge from the promised CO2/MPG specification. The industry could also end up with large numbers of cars rejected for a simple CO2 calculation error of 1g/km or 2g/km.

The effect of options on friction and weight, and hence efficiency figures, has already emerged, with WLTP-based price lists and brochures in use now in dealers in the UK and mainland Europe but not mandated until next January.

For example, jumping from 19in to 20in wheels can add 5g/km to the CO2 figure. But, counterintuitively, another jump to 21in wheels can add only a further 1g/km, possibly because a low-rolling-resistance tyre is specified. “There’s no trend or easy rule of thumb in this,” said Pejis.

Options known to add 2g/km of CO2 are towbars and panoramic roofs. Even a sunroof adds 1g/km.

The car maker source we spoke to also made the point that price lists are already being pruned, with high-CO2 options not being made available to European buyers if it’s deemed that “very few buyers will choose them”.

outside Europe? I thought the W in WLTP stood for world or worldwide.

Indeed the W does stand for World, but strangely I believe that only the European market uses it. Even more weirdly, the Chinese currently still use the NEDC test (New European Test Cycle, which Europe has now abandoned. Perhaps it's because this test makes its cars look better!

Guess it depends on whether the imported car is from a WLTP territory. If it's not it will probably, as a used car under personal import allowances, duck under any WLTP regulations.

If it is it depends on when it was bought and registered in the WLTP territory, though it almost certainly would have complied with the WLTP ruling at the time of the registration.

Say you've come back from a two year job and while there you bought a car there, what's the implications for a car from another territory?