Aston Martin has announced its withdrawal from the World Endurance Championship’s new hypercar class, in which it had planned to enter a racing version of the 1160bhp Valkyrie.

In an official statement, the brand said it will now "pause" as it "considers whether to continue in any future prototype class". Development of a track-only Valkyrie has been cancelled as a result.

"We entered the Valkyrie in the WEC and at Le Mans with the understanding that we would be competing with similar machinery and like-minded manufacturers," said Aston Martin CEO Andy Palmer. "The situation has changed and it makes sense for us to pause and reconsider our options."

In response, the FIA Endurance Commission and WEC called the decision "very regrettable but perhaps not unexpected", citing "persistent rumours over the last six months concerning the fragility of the brand’s exposure" and a decision to enter Formula 1 in 2021 as possible reasons for the exit.

The Valkyrie racer was being readied as a competitor to the Toyota GR Super Sport, a new Peugeot hypercar and potentially entrants from Lamborghini and Porsche in the new top-rung endurance category, which replaces the LMP1 class.

Aston’s exit from the hypercar category leaves reigning Le Mans champion Toyota as the sole manufacturer to have confirmed its entry for the 2020-2021 season. Peugeot has announced an intention to race in 2022, while American manufacturer Glickenhaus plans to compete with its new SCG007 racer from 2021 onwards. 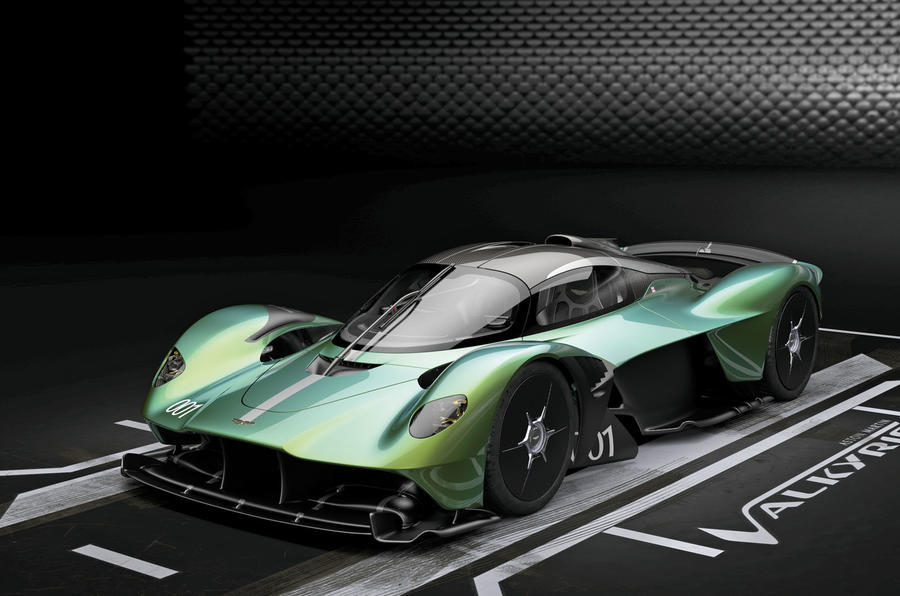 It remains to be seen if the FIA racing body, which oversees the World Endurance Championship, will reconsider the launch date for the new class.

The racing Valkyrie’s cancellation comes amid a significant shake-up at Aston Martin. Last month, Lawrence Stroll, owner of the Racing Point Formula 1 team, took a 16.7% stake in the sports car manufacturer for £182 million, prompting the firm to radically overhaul its future product plan.

In the wake of the investment, Aston reaffirmed its commitment to launching the road-going Valkyrie this year and released images and video of prototypes being tested by F1 drivers Max Verstappen and Alexander Albon. Customer deliveries are still due to begin in the later half of 2020.

The Valkyrie is the result of a joint venture between Aston Martin and Red Bull Advanced Technologies, which will be maintained “until Aston Martin Valkyrie is delivered”. It is unclear if the withdrawal from the WEC is linked to Stroll’s investment.

Aston Martin will continue racing in other endurance categories with its Vantage GTE.

Autocar reached out to Aston

Autocar reached out to Aston Martin.

You mean contacted Aston Martin, as we say in this country. Because we aren't virtue signaling Americans.

As a manufacturer I am not sure where they fit anymore. The marketplace is packed and unlike rivals they do not have a large corporate sponsor, so the car are bit parts- no economies of scale, shared R&D costs, platforms...in this environment it made no sense to burn money on this- PSA Group, Toyota, VAG have deep pockets. F1 is nothing but a branding excercise, AM have no F1 expertise to provide teams.

Could be simples as that, new owner, new ideas, only half listens?