BACK TO ALL NEWS
Currently reading: Analysis: What has coronavirus done to new car sales?
UP NEXT
The next Hamilton? Autocar meets F1 prodigy George Russell

Analysis: What has coronavirus done to new car sales?

We look at sales figures during lockdown and consider what buyers, dealers and car firms will do next
Share
Open gallery
Close
Share story

If you thought March’s new car registration figures were dramatic, dropping almost 45% year on year, wait until you see April’s. Word is that over the course of the first week of the month, there were fewer than 200 cars logged on the books, with some car makers having posted literally nothing, suggesting a market that is at least 95% down year on year.

Take a deep, calming breath, though, and perhaps that figure shouldn’t be cause for panic. Maybe it is even astonishing that any cars at all have been registered, given the severity of the lockdown, the mass furloughing of importer and dealership staff and the shift in public attention onto surviving the impacts of the coronavirus, both in terms of immediate health and longer-term finances.

What’s clear, though, is that the situation cannot go on for long if the industry – responsible for employing 1.5 million people across the UK in various guises and worth almost £300 billion in turnover to the UK in good times – is to emerge with any sense of its foundations intact. The cuts have already run deep. It is now a case of pondering how much the world will change and how well the scars will heal.

The key to getting the wheels turning again will be when consumers are ready to engage with retailers and buy cars, something that isn’t easy to predict given huge differences in market conditions globally. Indeed, some UK importers speak privately about their frustration at being beaten up by head offices who cannot get their heads around the standstill in the UK market when other European countries have managed to remain open.

However, China is perhaps the most cited example as it entered – and, as far as is possible to date, exited – the crisis first. There, in the first full month of lockdown, car sales tumbled 80% year on year, but had ‘recovered’ to around 41% down a month later. Better still for an industry anxious for positive news, the upswing was pronounced and continues to gather momentum. 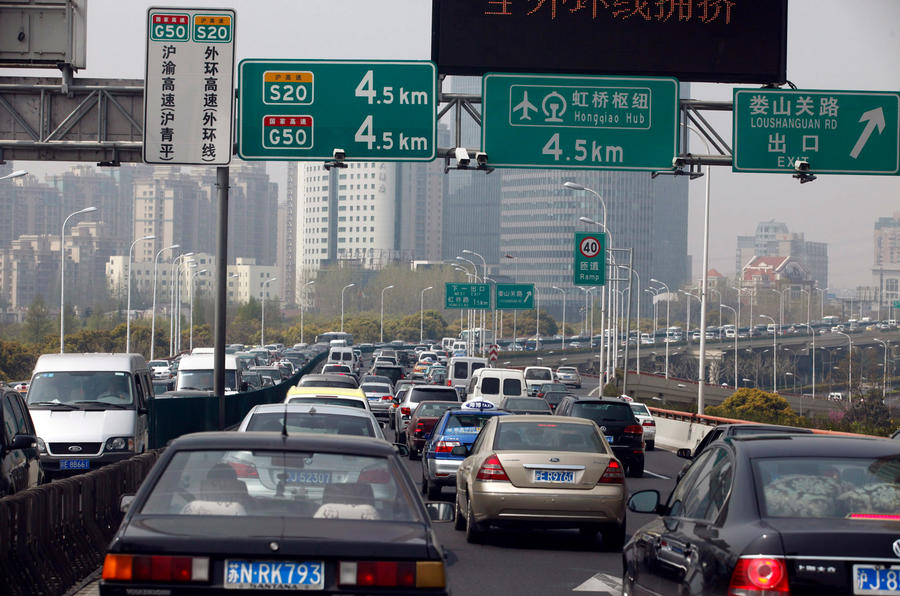 To gain an insight into how car buyers are thinking in the UK now, Autocar sibling title What Car? is currently polling its predominantly car buying-minded audience weekly on their purchasing intentions. The first responses give a good indication as to how sharp the UK’s V-shaped recovery might be – and how crucial it is that importers and retailers are ready to cope with a surge in demand when the time comes, be it for new, stock, nearly new or used cars.

Based on almost 3000 responses, 18.2% said they intended to buy immediately after lockdown restrictions ended. For many, these were ‘distress’ purchases, typically because they were at the end of a lease cycle, suggesting that manufacturers who want to capitalise need to have large supplies of vehicles in stock or be ready to turn on their dormant factories in good time to meet this initial surge. Customers will also need to have their expectations kept in check if demand truly does outstrip supply for an extended period.

The second-biggest tranche of buyers identified themselves as researching ahead of a planned purchase in six months’ time. It is unclear if the mindset of these would-be buyers was simply that they can’t foresee the end of the crisis for at least six months, or whether they are now viewing the September plate change as a realistic date by which to have a car ordered, manufactured and delivered. However, it will be a relief to the industry if there are both immediate and mid-term pipelines of customers they can work with. Potentially, they could sustain the sort of rebound that today feels like a best-case scenario. 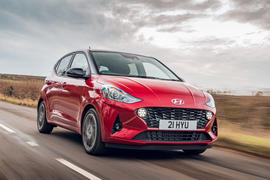 But this raises the question of how the pipeline of would-be buyers is being handled. What Car? also studied a sample of more than 600 franchised dealers, many representing top-10 dealer groups, to ascertain how many were open and responding to enquiries.

Just 40% replied to either email messages or phone calls, suggesting that numerous potential orders are going unanswered as a result of shutdowns. That may make sound short-term financial sense during these turbulent times, but with no dealer able to give an accurate part-exchange valuation let alone complete a sale, it has raised concerns over whether they will be in a position to capitalise on the pent-up demand when the time comes. Already, reports suggest some car makers are moving to take buyer enquiries in-house for the duration of the crisis, fearing they will otherwise miss sales.

That also chimes with a Car companies are looking closely at how China is bouncing back further piece of feedback from the What Car? survey, which revealed that 36% of in-market car buyers expect contact back from a dealer within 24 hours even during the coronavirus crisis, with a further 13% expecting a reply within half a day and 6% within an hour – suggesting more than half expect a turnaround for answers of 24 hours or quicker. While these waiting times are higher than the industry standards, reflecting some degree of patience during the lockdown, few customers are having their expectations met.

An already unbelievably complex situation is set to get harder, then, as the need to cut costs and save cash – at both (often competing) car makers and retail head offices – meets the harsh reality that those who invest time and money in nurturing potential customers now will likely emerge from the crisis faster and stronger. Winners will either need deep cash reserves and forward-thinking planning or a huge slice of luck.

What will happen if demand outstrips supply?

If the What Car? data proves an accurate predictor, car companies and retailers will find themselves in a position that is highly unfamiliar to almost every brand: demand outstripping supply.

That’s because current levels of new car stock are unlikely to meet the surge in demand and because it will take time to fire mothballed factories back up to full speed. A recession may reduce that pressure, but it is unlikely to completely eradicate it.

The upshot is likely to be that the industry will focus heavily on profits, reducing unnecessary incentives to get consumers buying and building margins to replenish hard-hit coffers during the lay-off.

The outliers to that are likely to be brands with either plentiful stock or a willingness to sacrifice margin for market share. Typically, you’d look to identify them among the challenger marques, either in the mainstream or premium ends of the market, albeit with the former far more likely to have an impact. 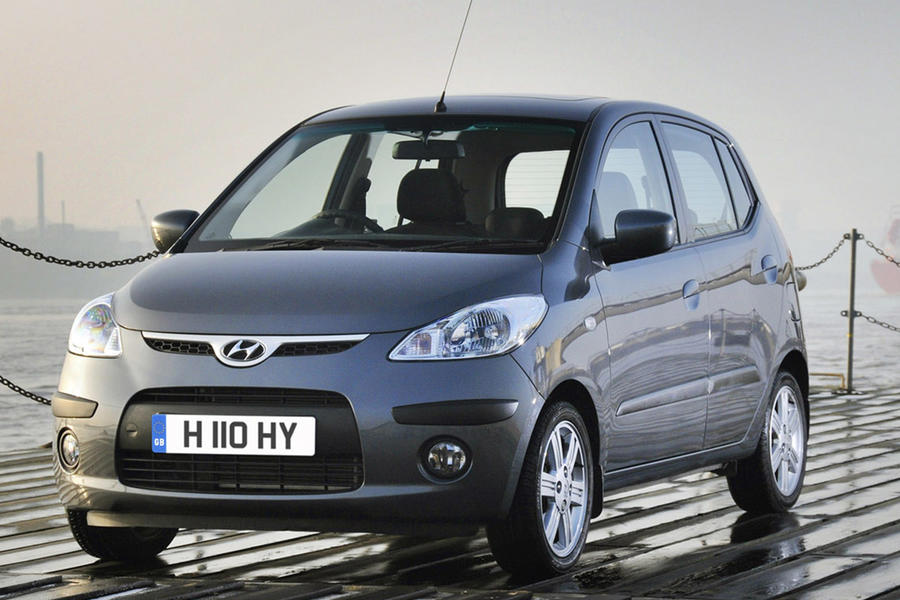 Could it be that MG – so successful with the ZS in recent months – will take advantage of ready supply from China and aggressive pricing to get cut through? Or could Hyundai repeat its trick from the last recession, when scrappage incentives led by the i10 city car propelled it up consideration sets to join Volvo among the premium players?

We could see some big changes in volumes for certain brands once buyers are able to get out and spend their hard-earned.

Insight: the major trends of global car sales in 2019

It's just for fun.

Jim still sticking to his demand outstripping supply line so as we're doing bugger all else, let's have an experiment.

Right at this very moment you can buy the following cars taken at random using DriveTheDeal broker. All cars have no added extras, discount is off the basic price.

( yes that's right, list price is £43710 and you can buy it for £31727. Merc have been heavily discounting E-class by similar amounts for at least the past year. Basically they can't shift them ).

Lets revisit this page next month or whenever and see what discounts are available. I'm guessing there will be little change, if there is then it wil be greater discounts in an attempt to shift stock.

By the way, when looking at the list prices, the VAG brands were saying buy before 30th April to beat the price increase. Karoq increasing £455 on average but the T-Cross was increasing by an unbelievable £755 on average! Based on that info, you may find both the VW and Skoda increase their future discount.

Yes ...the £755 increase on the T Cross is a lot but this may be the first of several price rises as manufacturers increase their price to cover the fines because their emissions don't meet the 95 g Co2.Look how VW increased the price of the 'facelifted' Up !

Jim still sticking to his demand outstripping supply line so as we're doing bugger all else, let's have an experiment.

Right at this very moment you can buy the following cars taken at random using DriveTheDeal broker. All cars have no added extras, discount is off the basic price.

( yes that's right, list price is £43710 and you can buy it for £31727. Merc have been heavily discounting E-class by similar amounts for at least the past year. Basically they can't shift them ).

Lets revisit this page next month or whenever and see what discounts are available. I'm guessing there will be little change, if there is then it wil be greater discounts in an attempt to shift stock.

By the way, when looking at the list prices, the VAG brands were saying buy before 30th April to beat the price increase. Karoq increasing £455 on average but the T-Cross was increasing by an unbelievable £755 on average! Based on that info, you may find both the VW and Skoda increase their future discount.

I wonder is Mike Hawes is leaving the SMMT, and if Jim is after the job. Based on this and yesterdays articles he seems fully qualified to take over should Mr Hawes step down

I suspect Scotty5 is right, these discounts are not going anywhere.

...but eventually we will be back in the same situation as we were not so long ago: Too many manufacturers, too much production capacity, too many dealerships, and too many people buying on credit.