BACK TO ALL NEWS
Currently reading: Industry analysis: How will the pandemic change the car world?
UP NEXT
WEVC and Equipmake partner to electrify niche British firms

Industry analysis: How will the pandemic change the car world?

As car dealers in the UK open up again, it’s safe to say that the past year has been unlike any other in living memory. Businesses have had to adapt faster than ever before and technology has changed things dramatically, but what does all that mean for the future? In the latest Autocar Business online seminar, we chatted to Wayne Bruce, a leading member of Bentley’s crisis management team; Sue Robinson, CEO of the National Franchised Dealers Association; and Felipe Munoz, a senior global analyst at Jato Dynamics.

At what pace were you making decisions back in March last year, and how did you go about making them?

Sue Robinson: “We had never seen anything like that before, obviously, and it all happened very, very quickly. From a trade association point of view, it really was down to us to step up to the mark.

“We set up a small-ish group of chief executives to work with us to look at what was happening, engaged with government departments and had our legal team on standby.

“It was fast-moving but slow. Things were happening quickly, but we also had to get responses from the government; and in many cases, you’re dealing with different departments who might have varying views.

“Then when we came to actually opening up, we lobbied incredibly hard. It took an awful lot of banging on doors to get these showrooms open two weeks ahead of other retail.”

Wayne Bruce: “It does seem like decades ago. I remember the first crisis management team meeting devoted to Covid, and that was at the end of January. We could see the pandemic coming closer and closer to the UK, so we started stockpiling parts, using warehouse space that we had taken in readiness for Brexit.

“But our priority was really the safety of the 4000 colleagues who work here in Crewe. Unlike our retailers, we didn’t have to close down. We could have continued production, but we took the decision to shut the factory down. For seven weeks, the factory was closed.

“However, we were still fortunate to have orders from customers and fortunate to have parts, and we realised it was costing us millions of pounds just to keep the lights on in an empty factory. So from our homes, we pulled together to look at how we could bring the 2000 manufacturing colleagues back on site in as safe a way as possible. 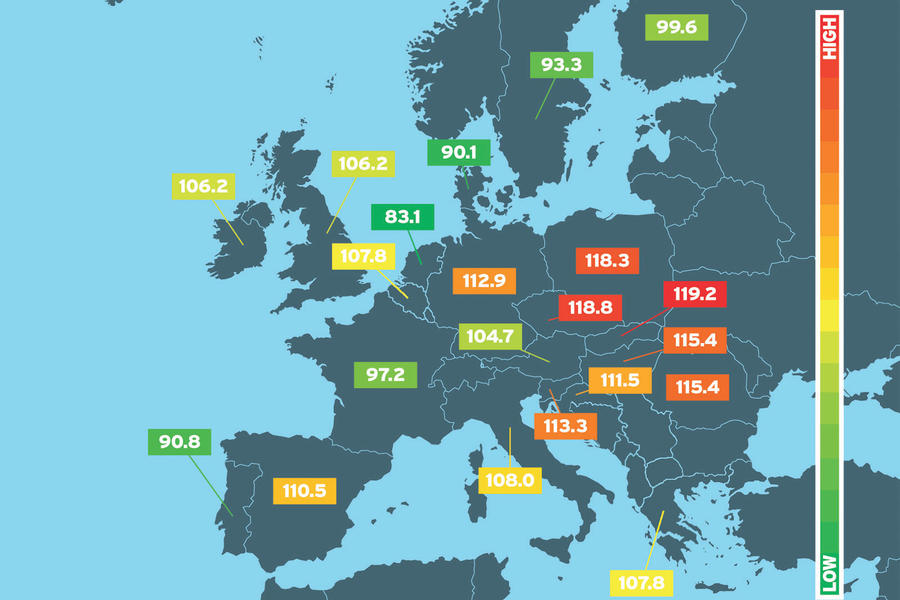 “The result of that was a total of 250 changes to processes that have been in place as long as 60-70 years here at the Crewe factory.

“For the first eight weeks or so after we came back, we were producing cars at half the [usual] rate [because of the social distancing required]. Demand was still there and parts were still there so, towards the middle of the summer, we took another look at the way we produce cars here and got production back up to nearly 100%.”

What kinds of trends were you seeing in the industry as the shutdowns started?

Felipe Munoz: “Those were shocking times. We started to see this impact in March, when we started to get the [car] sales information from China. In February, sales in China dropped by 78% [year on year] to just 200,000 units.

“Because 80% of the automotive supply chain is connected to China, whatever happens there is going to have a massive impact everywhere. But then in April, we confirmed this was going to be massive.

“April was the worst, because it was when the apocalypse hit. In India, for example, it was zero vehicles [sold]. It was a massive thing; we had never seen these drops.

“In the end, though, the global volume was down by 13%, which wasn’t as bad as we had thought.”

Are people keener to buy from stock or wait for new cars?

SR: “I don’t know if there’s a trend, but there is a pent-up demand now that showrooms are open again. I think a lot of dealers were on the ball with online sales, and that has been sped up in many cases. People were more attuned to buying online during the later lockdowns.”

WB: “There’s no such thing as a single customer: some want to be part of a process to commission a car, whereas others might want to walk into a showroom and drive out that afternoon. One interesting fact is that our global stock levels are at a historic low.”

Who have been the biggest winners, and who appears to be on the front foot from the data that Jato is seeing?

FM: “The biggest winners are the Chinese OEMs. In China, the market didn’t fall that much, so they continued launching these cars but thinking globally; the next step of their revolution will be global expansion. They want to get to Europe and the US.

“The other winners were those who focused a lot on EVs. Last year, the [sales] volume increased by 39%, which is massive considering the [pandemic] problems. EVs finally took off in 2020, the worst year for the car industry.”

Was Bentley’s strategy for a carbon-neutral strategy on the radar pre-crisis or due to it?

WB: “Our Beyond 100 plan is our strategy to become end-to-end carbon neutral by 2030 and change from being the world’s largest producer of 12-cylinder petrol engines to producing none. This has been in place for months, so Covid didn’t change the plan itself, it just changed the logistics of announcing it.

“It was interesting to see the customer reaction, as around half have said they’re ready to look for an electrified Bentley. We’ve already introduced the plug-in hybrid Bentayga and demand for that was far above what we expected. We know that one in three Bentley owners have an electric vehicle somewhere in their garage.”

Do you think Bentley’s experiences threaten the just-in-time processes that we’ve all become used to?

WB: “Pre-Covid, we worked on a two-day schedule. In the lockdown, we pushed that up to 21 days, and we maintained it close to that towards Brexit. We’ve learned not to let it go right down to two days or go as high as 21 days but to have it in high single digits. [Parts storage] is less costly than if we had to stop production.”

Do you foresee a fundamental restructuring of the industry, or will it stay largely the same?

FM: “I still think we’re going to see big changes. This is just the beginning. The mergers and consolidation of the industry and the role of China are all going to be part of this new situation in which we will see fewer car makers. We will see more consolidation and more collaboration, especially when it comes to autonomous vehicle technology, and we will definitely see more Chinese cars. The Chinese are leading the electrification race, which is, in the end, a good thing for all consumers. 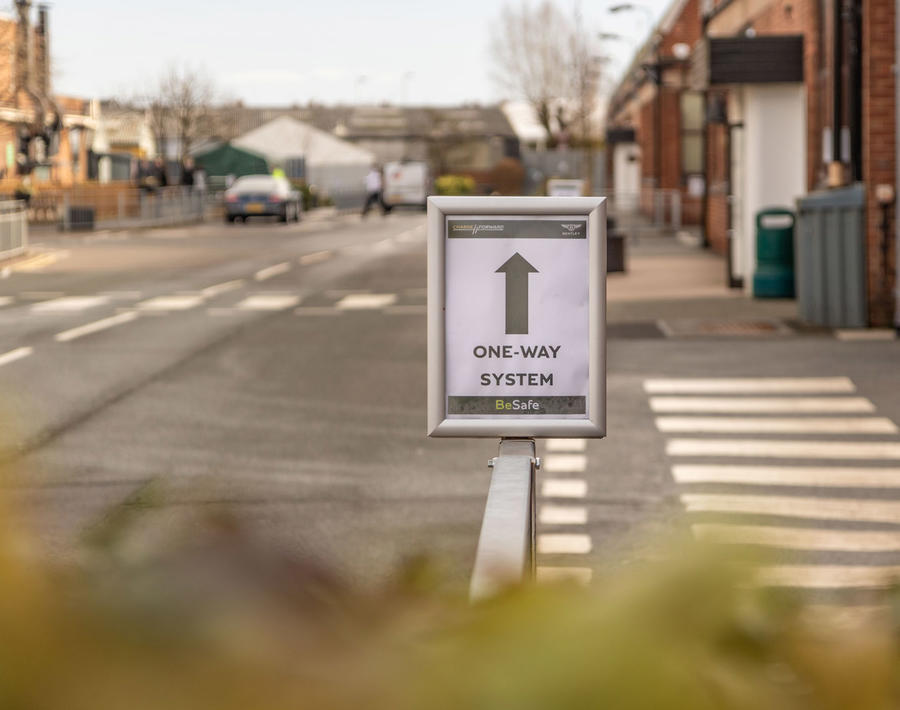 “The problem is how to deal with the factories operating in mature markets like Europe and the US when you have massive imports from China.”

We’ve talked about the increased demand for EVs, but what has happened to SUVs?

FM: “SUVs proved to be solid during the crisis. Global volume fell, but they gained market share in the three key markets of Europe, the US and China. For example, they posted a record market share of 40% in Europe. This is a trend that started some years ago, and it continues to stay.

“SUVs are a driver of profits. Many use the same platforms as regular cars, but OEMs are charging more for them. This represents a higher margin for the OEMs, which is very important during the crisis.”

How do you see the future playing out for retailers?

SR: “Talking to dealers, I think they’re feeling positive. It’s now more ‘let’s get out there and let’s sell cars’. Interestingly enough, there are a lot of young people looking at cars and more young people wanting to take their driving test. That was a market that we thought was going a bit wobbly, but that’s now coming back. So I think there’s a lot of positivity out there, and the dealers are really fired up for that.”

Porsche sales dip by just 3% in 2020, despite pandemic

The comment from Sue Robinson about young people is interesting.

Are there really more young people wanting to take their driving test, or is it just a backlog?

And if there are more of them looking to buy, I bet used cars will be the winner. To my eyes, manufacturers are massively reducing the choice of vehicles attractive to younger buyers.

Another positive spin article, but you can't change the reality, which is that there are too many brands/models chasing too few new car buyers.

This will worsen as the Chinese built brands hit the western countries in numbers, pressurising prices and residual values further as the Japanese did in the 70's. That effect will be increased with the move to EV powertrains, making brand differentiation even harder as cars become even more alike and more like kitchen white goods for the majority of buyers.

The only long term solution is more brand consolidations and reductions of european plant capacity.