BACK TO ALL NEWS
Currently reading: From the boardroom: Vinfast on plans to go global
UP NEXT
Hardcore BMW M4 CSL brings 542bhp, sheds 100kg

From the boardroom: Vinfast on plans to go global

Vinfast is planning an ambitious global expansion off the back of increasing sales in Vietnam, where it is the only native car maker, with an aim to export cars to the US, Canada and mainland Europe.

It currently offers three models, the Lux SA2.0 SUV (based on the Mk3 BMW X3), the Lux A2.0 saloon (based on the Mk6 BMW 5 Series) and the Fadil supermini, with the latter key in the Vietnamese market.

Derived from the Vauxhall Viva, the five-door hatchback has a 2385mm wheelbase, a 97bhp 1.4-litre petrol engine and a CVT. It has topped the sales charts in the A-segment, ending the Hyundai Grand i10’s reign as the best-seller there.

BMW, was launched at the Paris motor show in 2018 and is likely be the spearhead for the brand as it seeks to expand beyond Vietnam’s borders.

Thanks to a combination of competitive pricing – it costs 1.4 billion dong (£42,000) compared with 4.4 billion dong (£135,000) for the Mercedes-Benz GLE – and Vinfast’s wide dealer network, the largest in the country, the Lux SA2.0 alone outsells Mercedes’s entire range in Vietnam by nearly 4500 units per year.

An electric car will become available soon, too: the VF e34, a mid-size SUV similar in size to the Honda CR-V and Toyota RAV4. Proving popular in its home market (within 24 hours of pre-orders being accepted, Vinfast had received nearly 4000 enquiries), production will start in December at Vinfast’s Hai Phong factory.

All in, then, the past three years have been a period of rapid transformation for Vinfast. When it announced itself in October 2018, its base was still under construction, with the car factory, electric motorcycle plant, supporting industrial park, staff training centre and research and development institute not all finished until 14 June 2019. 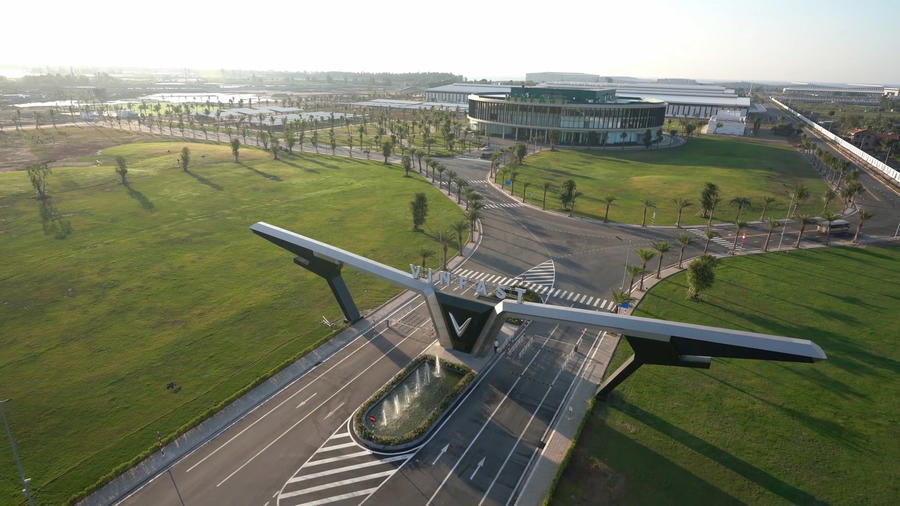 Vinfast invested $3.5bn (some £2.5bn) in building the 335-hectare manufacturing complex and introducing the latest robotics technology, with a 90% automation rate that is close to that of most modern European factories.

The company has set itself an ambitious production target, with an expected annual capacity of 250,000 in the first phase and 500,000 in the second (the date of which has yet to be confirmed), which would make it the largest car maker in South-East Asia.

Flexible production facilities mean the three petrol models will eventually be joined by the same number of electric SUVs (the VF e34, VF e35 and VF e36) at the Hai Phong plant.

Vinfast has invested in an engineer-training centre, too, creating more than 25,000 jobs in the manufacturing complex in the Dinh Vu-Cat Hai economic zone in Hai Phong.

It has also set up a research institute in Germany (and plans for more elsewhere in Europe) and a centre in California, US, to develop the new technology that will be needed for its EVs, and bought Holden’s former proving ground in Australia.

A large parent company has enabled Vinfast’s foundation and rapid expansion. The car maker is part of the Vingroup conglomerate that, similarly to the vast Hyundai industrial empire, is involved in developing shopping malls, properties and university-level training, along with not-for-profit private hospitals and schools. It was founded in Ukraine in 1993 by Vietnamese expatriate Pham Nhat Vuong, who became Vietnam’s first billionaire.

With the vast Vingroup behind it, Vinfast appears to be in this for the long haul, developing a recruiting strategy to target engineers from around the globe.

“With a team of talented and dedicated staff, Vinfast has created the auto industry’s time records in vehicle development, production and market occupation in Vietnam. This is also an important factor for Vinfast’s plan to go global.”

The company’s expansion has so far been funded by Vingroup and other investors, although Bloomberg and Reuters reported in April that Vinfast was planning an initial public offering in the US, in an attempt to raise $3bn (£2.1bn) of capital. Subsequent reports valued the company at $50-60bn (£35-42bn), putting it on a similar footing to Chinese EV maker Nio. 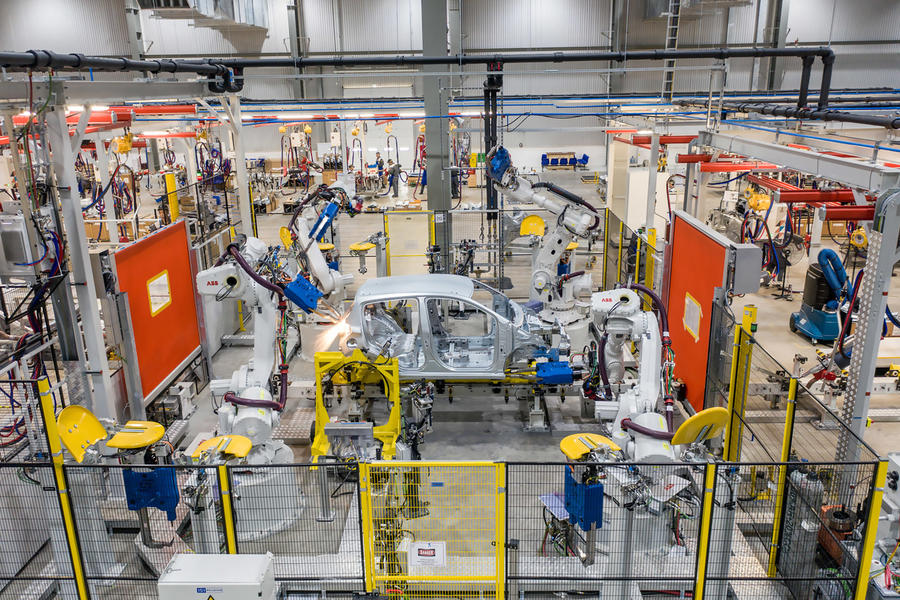 This investment is crucial for Vinfast if it is to realise its goal of global expansion, especially if plans for factories in the US and Europe come to fruition. No locations have been revealed yet, but the firm is believed to be looking at France, Germany, the Netherlands and the US.

For the time being, growth is limited only by sales abroad, rather than manufacturing capacity, as Hai explained: “In Europe, Vinfast will officially open sales networks in France, Germany and the Netherlands in 2022 and quickly expand to other nations in the following years.”

The UK hasn’t been officially confirmed in Vinfast’s plans but is on its radar.

Hai said: “The UK is one of the two largest auto markets in Europe, and this is also a destination that Vinfast will target. We will consider our market expansion plan for the years to come.”

It’s clear that the ambition is there for Vietnam’s nascent car manufacturer, with rapid success in its home market providing a useful springboard to launch internationally. However, Europe is a different challenge altogether. Even Chinese manufacturers now long established are only just getting ready to set up stall in this part of the world.