Chancellor of the Exchequer Rishi Sunak has unveiled his budget for 2022, detailing his plans for a speedy economic recovery from the Covid-19 pandemic, and among pledges for improved social services, schooling and air travel are a number of policies that will have a significant impact on UK motorists.

The planned rise in Fuel Duty has been frozen for the 12th year in a row at 57.95p per litre.

Sunak said: “With fuel prices at the highest level in eight years, I’m not prepared to add to the squeeze on families and small businesses”.

The Chancellor estimated that the freeze in fuel duty will save more than £8 billion over the next five years compared with the pre-2010s “escalator system”. He also estimated that the average tank of fuel will cost £15 less per car and £30 less per van than it would if duty were to rise.

The average car driver will have saved £1900 over the 12 years of the frozen rate, he added.

Simon Williams, fuel spokesman for the RAC, said: “We welcome the Chancellor’s confirmation that duty will continue to remain frozen at 57.95p a litre.

"With pump prices at record highs, now would have been the worst possible time to change tack and hike up costs still further at the forecourt.

“If duty had gone up, RAC data suggests the average price of a litre of petrol could have reached 147p, taking the cost of a tank to over £80, and diesel an eye-watering 150p."

However, Williams believes that more could have been done to favour the motorist, saying:  “We’re disappointed he did not provide some respite for drivers at the pumps.

“As VAT is charged on the final cost at the pumps, a temporary cut in VAT to motor fuels would have benefitted drivers immediately at a time when filling up the car is hurting household budgets more than ever before, as well as the wider economy, as people will have less money to spend.” 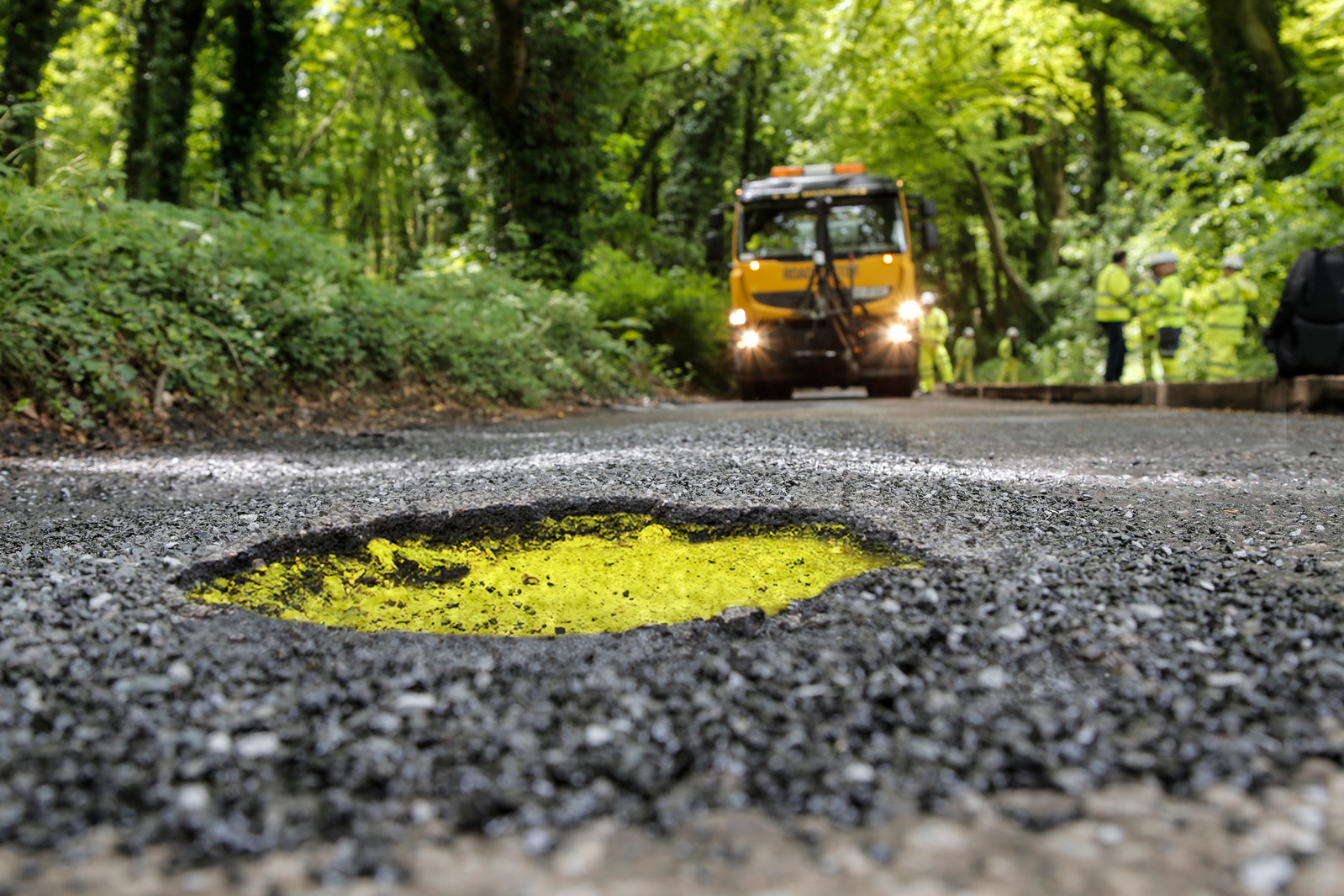 An extra £5bn is being allocated to local road maintenance, which Sunak claims will be enough to fill one million potholes a year. Usually, the budget allocates a fixed amount to cover potholes, rather than a repair quota.

Some £2.7bn will be spent in places not receiving City Region Sustainable Transport Settlements – which were allocated to improve public transport in eight large metropolitan areas – in order to “fill millions of potholes, repair dozens of bridges and resurface thousands of miles of roads”.

As part of an £8bn spending boost on roads, more than 50 vital local roads will receive funding, with the A509 Isham Bypass, the A259 in Bognor Regis and the A350 Chippenham Bypass all being earmarked for upgrades.

Vehicle Excise Duty for HGVs will remain frozen, with the HGV levy suspension being extended for another year from July 2022 until 2023 to help haulage firms recover from the pandemic.

The Budget itself was mainly focused on maintaining the economic recovery from the pandemic, with no other policies that would directly affect motorists announced.

Despite a lack of policies promoting electric vehicle use (suprising considering the government's recently announced Net Zero strategy, part of which will require manufacturers to sell an increasing percentage of zero-emission vehicles every year from 2024 onwards), the government announced that they would be investing £1 million into a new Extreme-E race on the Outer Hebrides islands in Scotland - a location that was rumored to replace the Argentine E-Prix later this year, though it was later announced that the finale will be taking place in Dorset instead.

Alejandro Agag, Founder and CEO of Extreme E said: “We are thrilled with this investment and to be exploring racing in Scotland in 2022.

“It is a fitting location off the back of COP26, which will be held in Glasgow imminently, and will allow the conversation on electric mobility and the climate emergency to continue further, inspiring action and highlighting various solutions and mitigation strategies".

Despite the taxes fuel is still relatively cheap, roughly the same price as electricity in terms of cost per kilowatt hour. So no need to ditch our combustion cars just yet! That said there is no getting away from the fact that electric motors are just so much more efficient than petrol or diesel engines that EVs easily win on energy cost per mile.

martin_66 27 October 2021
Typical misinformation from a politician trying to con a gullible public.

While on the face of it this seems like good news, ultimately fuel is still taxed (sorry, "Duty added") at almost 40%, and that is BEFORE VAT has been added. Don't tart thinking Sunak is being kind to the motorist - he is well aware just how much he is screwing us every single day.

'Fuel spokesperson for the RAC' is an endangered job title.  I'd be looking to move into the 'EV spokesperson' job ASAP, for the sake of my career.  The car owner can sidestep all this tangled mess of fuel duty, volatile oil prices, low pollution zones and liquid fuel supplied by questionable countries, by simply switching to electric.  It's a no-brainer.

'Fuel spokesperson for the RAC' is an endangered job title.  I'd be looking to move into the 'EV spokesperson' job ASAP, for the sake of my career.  The car owner can sidestep all this tangled mess of fuel duty, volatile oil prices, low pollution zones and liquid fuel supplied by questionable countries, by simply switching to electric.  It's a no-brainer.

By simply switching? I wish it was that simple to switch to electric motoring.