BACK TO ALL NEWS
Currently reading: Business Briefing: Why the UK is funding foreign car firms
UP NEXT
MST Mk1: Is this the ultimate rally recreation?

Business Briefing: Why the UK is funding foreign car firms

REE Automotive is an Israeli start-up with a smart head office in a leafy suburb of Tel Aviv and a listing on the New York stock market that values it at roughly $1.68 billion (£1.24bn). So why did UK taxpayers give it £12.4 million in August to further develop its EV platform?

We put this question to Ian Constance, who heads the government-funded Advanced Propulsion Centre (APC) that awarded the grant. Why does REE need our cash when it’s already awash with money from its stock listing? “Because a big chunk of that investment money will be spent with the UK economy,” he told us at the recent Cenex-LCV (low-carbon vehicle) show. “The work we’ve done with them has brought their research and development here. It was in Israel before.”

Indeed, in February, REE opened a technology centre at the MIRA Technology Park in Nuneaton, Warwickshire, to further develop its REE Corner concept, which incorporates the suspension and electric motor into a tight package that it hopes will enable big-space, small-footprint electric vans.

Since the APC first opened its chequebook in 2013, it has funded projects worth a combined £1.2bn. Each investment comes with caveats, but these aren’t too arduous. The APC and its delivery partner, Innovate UK from the government, ask that firms match their funding by at least half, collaborate with partners including at least one smaller company and promise to “exploit the results” in the UK. Each project also has to show some form of carbon reduction, though given the industry-wide move towards electrification, that’s virtually every automotive project right now. 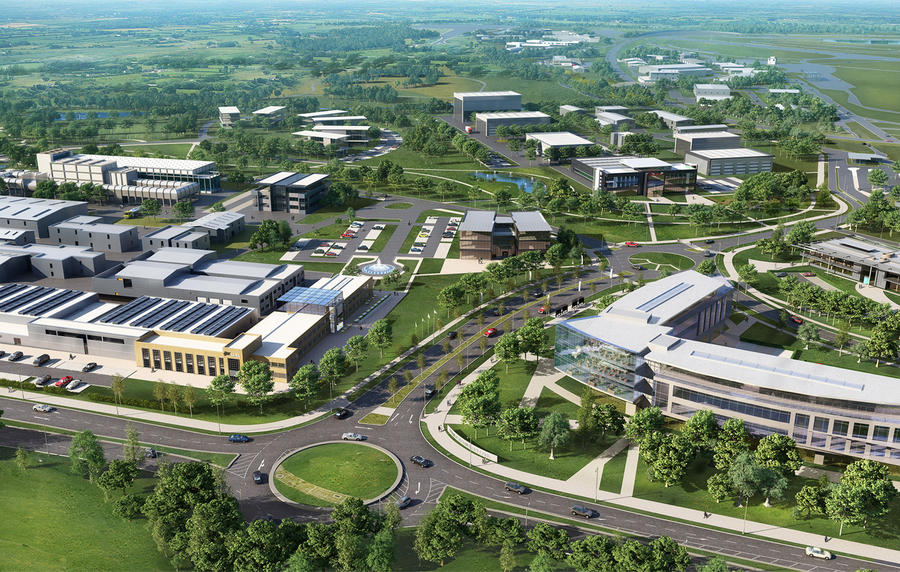 In APC parlance, the money – UK taxpayers’ money – goes to projects at the end of their Technology Readiness Level, which basically means proven and pretty much ready to go. Just like in the Dragons’ Den, they want to see some evidence that it works and there’s commercial interest – but unlike the Dragons, the APC won’t demand a chunk of your company in return.

The catalyst was the shift to electrification, explained Constance: “In a growing market, it’s always easier to gain market share than it is with something already established. If you try to gain market share with instrument panels, say, you’re in a zero- sum game. For electric motors, batteries or power electronics, the market is growing, so you’ve got to grab your share.”

Where the UK was failing was in the commercialisation bit of the equation, Constance added: “The UK is great at coming up with new ideas, but what was happening was those ideas were falling on the floor because no one wanted to fund them or they were getting bought by a company and funded elsewhere.”

Manufacturing jobs are the big prize as the UK looks to rebuild the network of automotive production after its erosion over the past three decades.

Constance said his organisation’s funding has created 50,000 jobs, many of them in manufacturing, although declined to give an example of an APC innovation project that has gone on to create a sizeable number of manufacturing jobs in the UK.

It’s clear, however, that the money has predominantly been supporting research and development jobs. That’s not a bad thing, but it’s manufacturing that creates the biggest impact on the economy.

“The turnover from Nissan making 400,000 cars per year in Sunderland is billions, and there’s a big chunk of that that is UK economy value-add,” said Constance. “A design centre employing maybe a few thousand might have an annual budget of a billion, so the value-add isn’t going to be the same, but the intangible benefits for the industry is hard to quantify.”

He gives the example of Ford. It was handed £4.8 million to help develop the plug-in hybrid Transit Custom van along with partner firms Prodrive (which built early prototypes) and Revolve Technologies, an engineering services provider well known to Ford under its former name, RoushTechnologies. 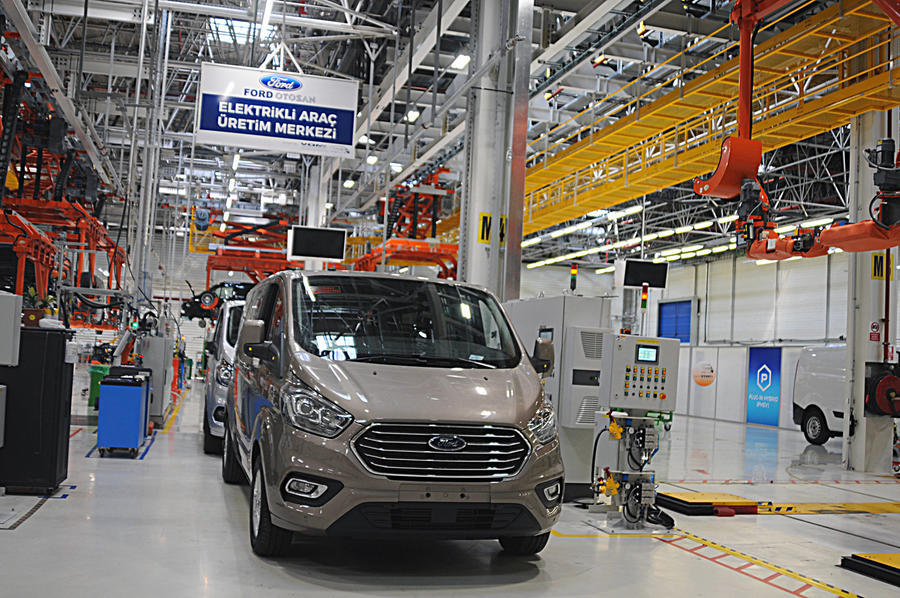 This might look like poor value when you learn that the van is now in production in Turkey, but Constance disagrees: “Before this, Ford hadn’t done an electrified project outside of Dearborn [its global R&D centre in Michigan, US]. Now the Transit development team in Dunton [Essex] knows how to design an electric vehicle, so when the next Ford competition to engineer a new product comes, Dunton can say ‘we’ve done it’.”

It’s “critical” that the UK retains the ability to engineer a complete mainstream vehicle from start to finish, as exists at Ford, Jaguar Land Rover and Nissan, Constance believes. He said: “Once you lose those full-vehicle design and integration capabilities, you weaken your whole potential as an automotive centre. You become a taker of technology and not an innovator.”

Constance cites the UK’s aircraft industry as one that has lost that capability and suffered as a consequence. It used to be that if a country excelled in R&D, manufacturing would naturally follow as production stayed close to the brains that created the product. But that link is weakening, and in view of the disruption surrounding the move to EVs, the APC has now been given access to new funds with a less cajoling, more direct aim: to build manufacturing capacity. Constance explained: “We’ve said to the government over the past couple of years: ‘This supply chain is coming now, and if we don’t grab our fair share, we’re going to find it very difficult in the future.’”

The resultant £1bn Automotive Transformation fund, launched last year, is run by the APC and expressly there for companies wanting to build factories to produce zero- emissions technology, such as batteries, motors, power electronics and fuel cells.

This is on top of the work to develop and accelerate the UK’s battery industry that is being carried out by the APC’s twin organisation, the Faraday Challenge.

Keeping the development of the technology and, crucially, manufacturing is essential to that growth. And if that means luring technology entrepreneurs from abroad with the promise of cash, the APC considers that money well spent. 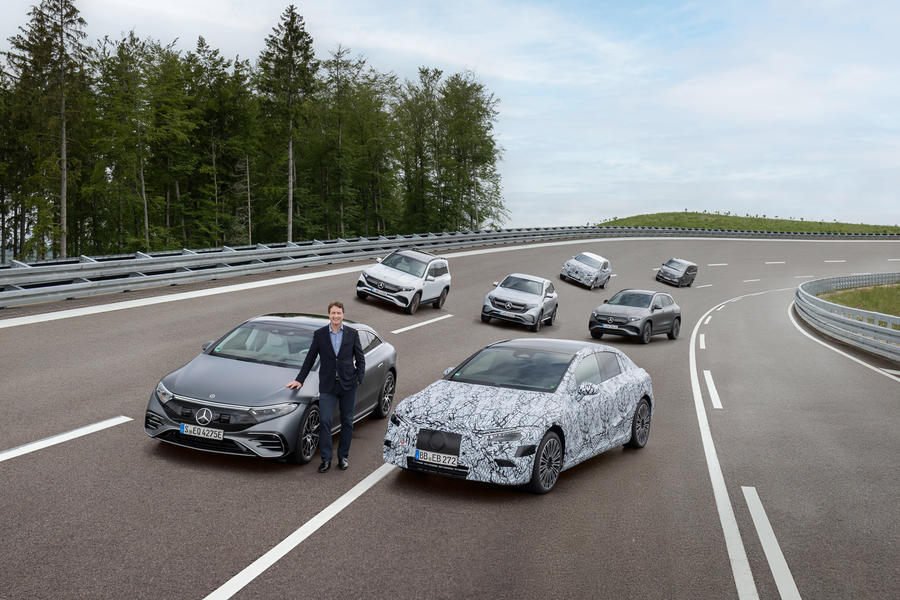 Is Yasa an APC success story? Judged from most angles, the innovative electric motor manufacturer is the very definition of one. The Oxford-based firm was founded in 2009 and received funding from the APC, including a £13m injection in 2019 for a specific project. By 2018, it had opened a new factory with the capability to make 100,000 of its high-performance motors a year, and now sells its product to some of the most demanding car companies in the world, including Ferrari for its SF90 Stradale plug-in hybrid.

Then in July came the news Yasa had been bought by Mercedes-Benz and would provide motors for the AMG.EA platform for high-performance electric cars.

So while the APC’s funds helped push an innovative company to create products coveted by the best, it also made it valuable enough to be bought by a foreign firm.

The APC’s Ian Constance has warned about foreign companies swooping in to buy the intellectual property of state-backed UK innovators and leaving us with very little, but he said that’s not the case here.

“We’ve worked very hard with Yasa over the years,” he reasoned. “Yes, they got bought, but we’ve had lots of discussions with Mercedes-Benz, and they’ve agreed they want to keep that R&D capability here, with the potential for investment beyond R&D as well. Why? Because they like whatthey see here: they like that innovation culture.”