BACK TO ALL NEWS
Currently reading: Analysis: Why the British bus industry is on the up
UP NEXT
Polestar prioritises sporting character for new 3 SUV

Analysis: Why the British bus industry is on the up

Wrightbus, the Northern Irish bus manufacturer owned by JCB heir Jo Bamford, has announced the creation of more than 40 new jobs as it ramps up production of the world’s first hydrogen-fuel-cell double-deckers.

It has made the move in response to the government’s pledge to help fund 4000 new British-built zero-emissions buses over the next five years.

This news follows the recent announcement by Alexander Dennis (ADL), the UK’s biggest bus builder, that it will take over the design and assembly of chassis for its electric buses at its base in Larbert, Scotland. This was previously the responsibility of BYD, its Chinese partner company.

The announcements are a shot in the arm for an industry that’s reeling from a bruising 12 months during which bus passenger numbers plunged as the pandemic took hold.

So many people heeded the message to avoid using public transport that, last April, the government was forced to offer bus companies a £400 million bailout to restore their tattered finances. By November, the figure for England alone had risen to £850m. 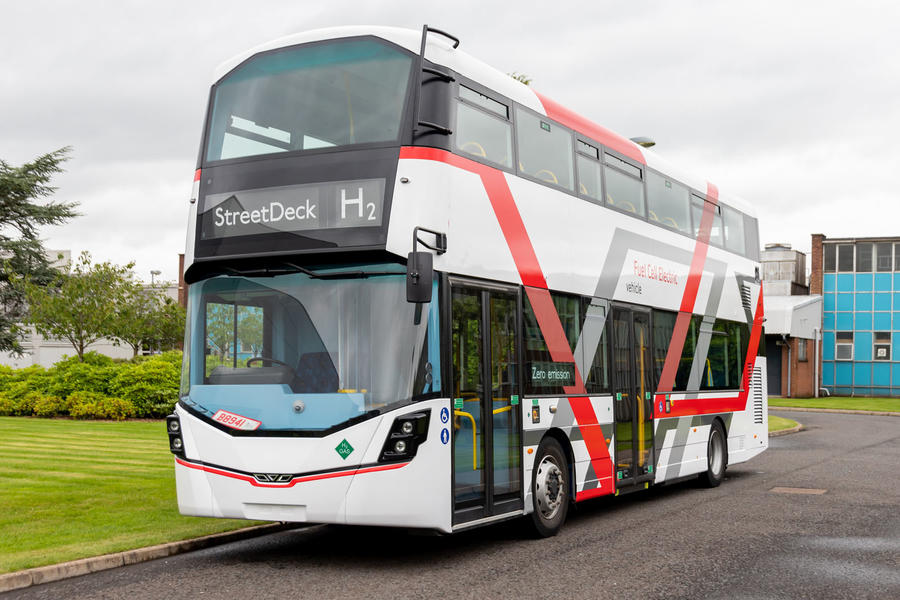 The industry welcomed the support, but it couldn’t prevent a collapse in sales, as the registration figures for the year show (see p15). Between January and September 2020, ADL and Wrightbus experienced respective sales declines of 47% and 52% over the same period in 2019.

It wasn’t supposed to be like this. Following a decade of underinvestment in bus services, transport secretary Grant Shapps announced in September 2019 a £220m package of support for the sector, including the creation of Britain’s first electric-bus-only town (Coventry and Oxford were revealed as the leading contenders last month, with £100m earmarked for 500 zero-carbon buses).

And last February, prime minister Boris Johnson ramped up the rhetoric, vowing to spend £5 billion over the next five years on buses and cycle routes. He also pledged to contribute £120m towards the cost of 4000 new British-built zero-carbon buses.

At the same time, the government announced that it would publish a national bus strategy by the end of the year. This was keenly anticipated by manufacturers, but 2020 came and went with no sign of it.

A spokesman for the Department for Transport told Autocar: “The strategy was delayed as a result of Covid but should be published shortly.”

Some in the industry fear that it and the £5bn pledge have been sidelined by events.

“It’s almost a year since Boris Johnson made his commitment to help fund 4000 zero-carbon buses, but we’ve yet to see a tangible plan for achieving it,” Paul Davies, the president and managing director of ADL, told Autocar.

Andy Palmer, until recently the boss of Aston Martin and since July the non-executive chairman of Leeds-based bus maker Switch Mobility, is equally concerned. “The lack of any clear commitment is deeply frustrating,” he said. “We’re just waiting, which isn’t good for the industry.”

Palmer’s frustration is made more acute, because his company actually posted a 12% rise in registrations in 2020, selling 64 buses compared with 57 the year before. 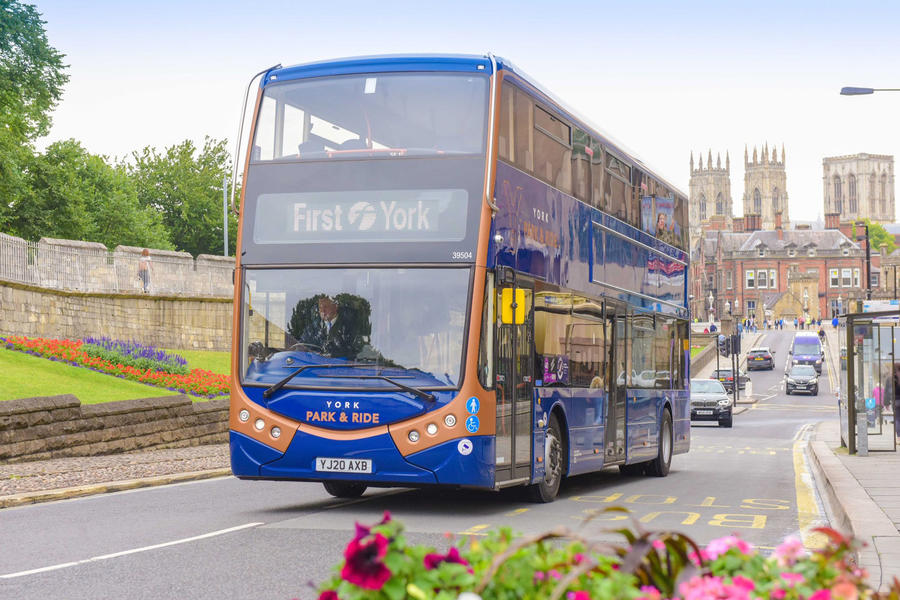 “The change in name signals our commitment to battery-electric powertrains,” explained Palmer. “From now on, every new bus we build and design here in Leeds will be battery-electric, using UK- and European-sourced components.”

Electrification is the quickest way to clean up the air in towns and cities, believes Palmer. “It’s why, if the government is serious about achieving [net] zero emissions, it has to deliver a national bus strategy,” he said. “With the climate change conference coming in 2026, it must show clear leadership.”

Switch Mobility may have nailed its colours to the BEV mast, but ADL is hedging its bets with a commitment to it as well as to hydrogen, biogas, hybrid and diesel buses.

Its decision to bring design and assembly of chassis for its electric buses in-house from BYD in China should ensure that it qualifies for some of the government’s promised £120m purchase subsidy.

It’s planning to increase its BEV buses’ share of production output from 20% to 40%. At the same time, it has recently unveiled a new hydrogen bus while its diesel-electric hybrid offering provides up to five miles of electric-only range.

“We believe battery-electric will be the dominant solution at least in the short-term, but it’s horses for courses, which is why we offer a range of powertrains,” said Davies.

“However, the industry needs the government’s help, not only in terms of subsidies, which we can’t just rely on, but also in giving people the confidence to return to buses.”

However, Bamford is clear in his view that, rather than BEVs, the buses those people return to must be hydrogen-powered. Before his takeover, Wrightbus was facing an uncertain future, with no electric-only bus in its range. Now it has launched its first hydrogen fuel-cell double-decker, with a single-decker to follow later in the year. 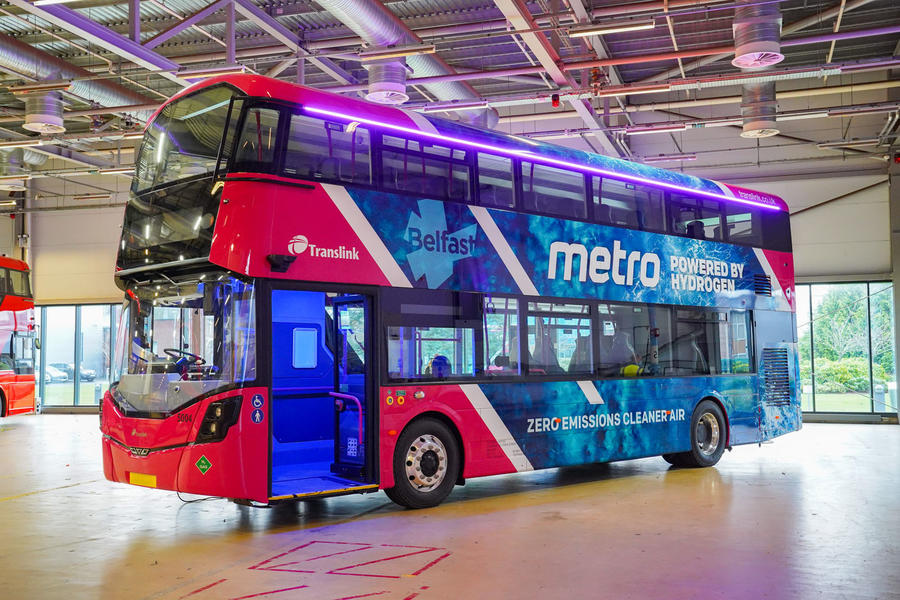 Bamford is a hydrogen advocate who, with a separate business called Ryse Hydrogen that provides storage, pumping infrastructure and finance for the fuel, plus another that produces it using renewable energy generated by an offshore windfarm, believes hydrogen’s time has come.

“The UK is too late to battery production but, with our climate, we can lead the way with hydrogen,” said Bamford. “The fuel is much better suited to buses operating beyond city centres and although, like battery-electric buses, hydrogen fuel cell buses are around twice as expensive as diesel ones, if someone were to place an order for 3000 of them [around 10% of the UK’s bus fleet], we would get our price down to diesel bus levels.”

You wait for one dirty old diesel bus and then a fleet of super-clean electrified ones arrive all at once. Now all they need is the government, passengers, operators and councils to get on board...

The UK’s taxi sector is dominated by LEVC, which is based in Coventry and owned by the Chinese vehicle-making giant Geely.

Its TX taxi is a range-extended electric vehicle that offers the promise of emissions-free running yet no range anxiety. 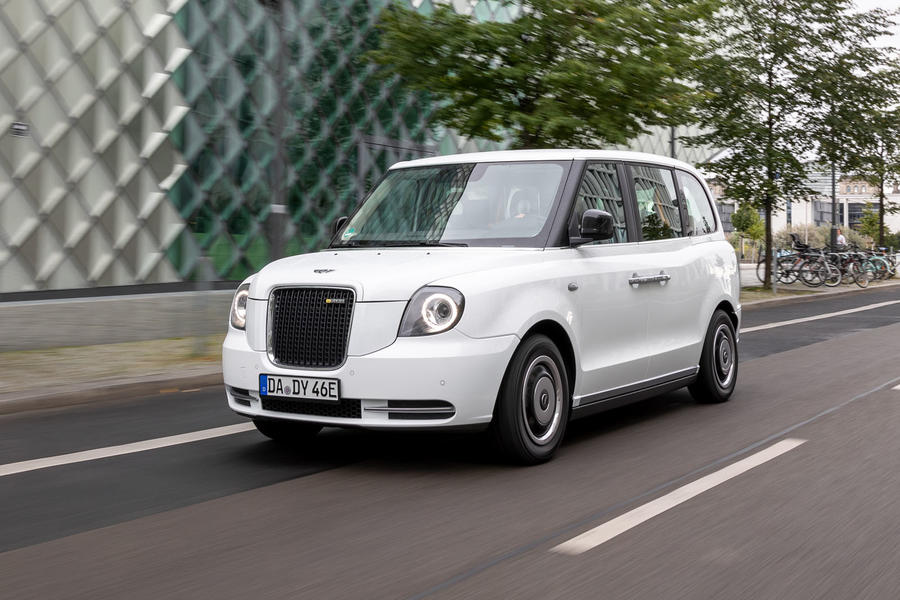 Unfortunately, like buses, the TX suffered a bruising 2020, as registrations of new examples fell by 56% compared with the year before (from 2130 to 934).

However, new LEVC boss Jörg Hofmann, a veteran of Audi, has been preparing an assault on Europe with not only the TX but also its cargo van offshoot, the VN5.

New markets that LEVC entered during last year include Austria, France, Germany, Hungary and the Netherlands, plus it appointed two major importers in Egypt and Japan.

By the end of this year, LEVC’s network will encompass 21 countries across Europe – a strategy that will, for the first time in the history of London’s black cab, result in exports accounting for the lion’s share of sales. This should help protect the company from any future storms.

Banger or bus? Used cars for the price of a bus pass

Command and control: How Transport for London is watching you

Hydrogen will never be viable without large, ongoing subsidy as it is just so much more expensive.  Also, in terms of energy used, hydrogen consumes twice as much energy as BEVs, even if produced from renewables, due to the costs of producing, compressing and transporting it.  Hydrogen only really makes sense where BEVs don't have enough range, and those instances are diminishing rapidly as BEV and charging technology improves.

Better all round to focus on BEV technology.

So true Paddy, but it is actually needs 4 to 5 times as much energy as a BEV to propel a fool cell vehicle.