BACK TO ALL NEWS
Currently reading: Welcome to the family: living with a 641bhp Lamborghini Urus
UP NEXT
First drive: 2022 BMW XM prototype

Welcome to the family: living with a 641bhp Lamborghini Urus

Can a £200k Italian super-SUV - the Urus - take on the role of mundane domestic transport? A third national lockdown made us put this to the test
Open gallery
Close

January was awful, wasn’t it? The darkest bit of night before the NHS’s brilliant vaccine-vectored slow dawn. For the Saunders family, however, one day that month was brightened immeasurably by the offer of a new Lamborghini. One to keep only for a while, granted, but still. I nearly dropped the phone in my morning cup of coffee.

I barely had to think before saying “yes please,” because, well, who wouldn’t? But what about the realities of life in Lockdown Three (‘The return of the weekday hangover’) with an especially conspicuous, Italian-registered Lamborghini Urus super-SUV to use for essential trips only? Well, I enjoyed it – I think. The family certainly did. But it would be the cause of plenty of mixed emotions along the way – so much so that I was actually a little bit relieved as well as sad when they eventually took it back.

Following that call, the car took only a few days to be delivered, from which point it duly brightened my driveway even more spectacularly than the mere idea of having it had brightened the previous Thursday. An Urus in Giallo Auge Solid, which overhung my rather modest (barely) off-street parking provision like a Matchbox car parked on an actual matchbox. Coming off the low-loader, it looked enormous. Hilarious, even.

But it was only funny for a minute or two, as the reality of what much of the proceeding 10 weeks threatened to be like gradually presented itself. The kids instantly wanted to take it somewhere – anywhere – but we weren’t supposed to and nowhere was open. The irony was almost comedic. We had at our disposal what might be the first Lamborghini in decades actually suited to high-octane family outings, yet we couldn’t even use it with the freedom that one might a 50cc scooter. 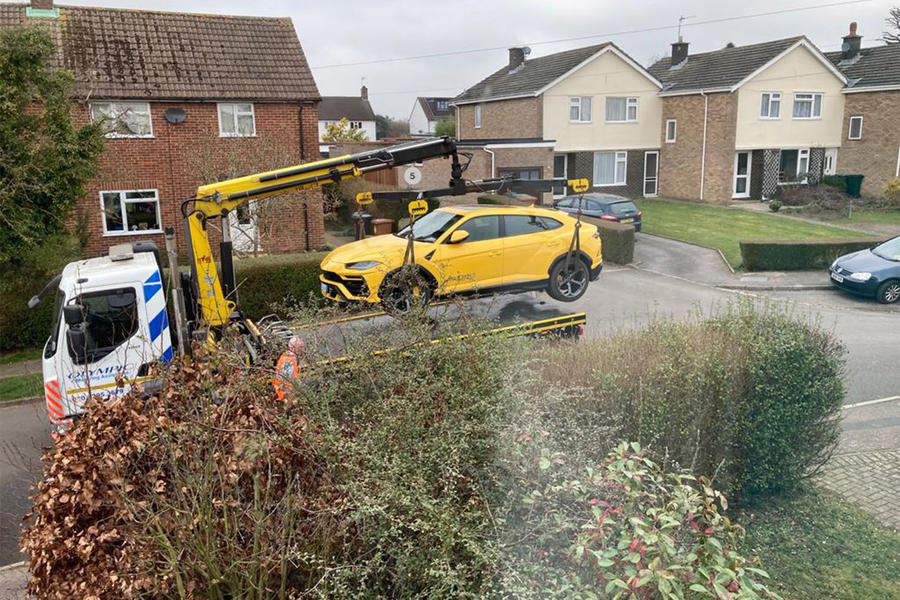 Worse still, we also had a £216,634 four-seater exotic parked outside a house worth not a great deal more than that, a car whose very presence would also be about to make me too nervous to leave home without it for fear of instant burglary. Is there something about an Urus that just shouts ‘Steal me!’, or is it just me? For a while, it felt as if Priti Patel had sent us her idea of the perfect lockdown car: can’t take it anywhere (because you’ll stick out like a sore thumb); can’t go out and leave it at home, either. Cue the evil laughing.

Remarkably, though, as the weeks passed by, I began to feel a little less conspicuous when venturing out to collect the weekly shop or driving to a work commitment. And so, as much as it felt like sacrilege to make mundane, daily use of a Lamborghini, the Urus simply became transport for what was allowable. I took it to a couple of Covid-secure UK press launches and I did a few click-and-collect weekly shop runs in it. Consumer advice alert: an Urus fits into the Aldi parking bay set aside for this purpose much better than my parking would make it seem; the boot is massive and its organising system is great for keeping your fresh and frozen separate and preventing your eggs getting crushed by your bottles and cans. You’re welcome.

We were probably three weeks into the test before I felt confident enough that I could take the long route to the supermarket one day, via some local roads I love, without risking a £200 police fine. And so I did just enough B-road miles in the Urus to blow off the dust (or rather the snow) and to experiment with that whopping great Tamburo driving mode selector on the transmission tunnel.

Now, you can only click this thing in one direction, and there are six preset driving modes to switch through (translated from the Italian, they’re Road, Sport, Track, Snow, Rock and Sand, plus an extra Ego mode in which you can set the car’s systems up à la carte, supposedly). Anyway, if you miss the one you were aiming for because you’re, I dunno, looking at the road or something, it’s a bit annoying to have to click through them all again. Living with a car makes you all too aware of little usability foibles like this. 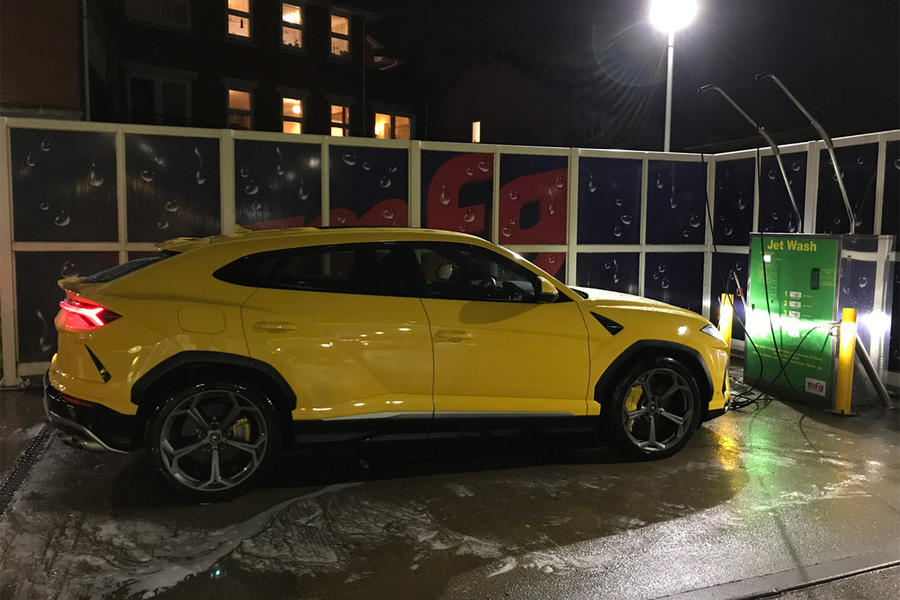 Anyway, Strada and Sport were the modes that I used most often; the former because it’s the car’s default (it doesn’t remember which setting you left it in, annoyingly) and the latter because it delivers better high-speed body control, slightly keener handling feel and a bit more V8 rumble from the exhaust. If anything, I found the Urus a little overly laid-back and subdued in Strada mode. A car like this should never feel normal, but it’s within the remit of a luxury SUV to do everyday transport easily, isn’t it? A tough one to square, that.

Still, dial up Sport mode and the outright pace of the Urus is breathtaking. It’s also so much more poised and engaging to drive than you will believe something this size could possibly be. It’s not an analogue car, granted; when you drive it fast, it isn’t obvious whether all the grip and agility it has is coming courtesy of the four-wheel steering, the torque vectoring or the active anti-roll bars. But, up to a commitment level you won’t feel it remotely appropriate to exceed on the public road, this SUV definitely handles. You don’t get bored with it. I’d say I enjoyed driving it on day 63 every bit as much as I did on day six. You do need to remind yourself that it’s a Lamborghini, though, and just to go and enjoy it, because the Urus doesn’t broadcast its sporting character 24/7 like a supercar might.

The better news is that the family really loved the Urus. It’s funny how people who don’t think as hard about cars as we do can be liberated from some of our collective neuroses about them. To the kids, this was just two and a bit tonnes of fun, pure and simple. They adored being in it, having so many buttons to press and being able to raise and lower each other’s electric windows in particular. It was better than a funfair ride.

In fact, it was very likely down to my children that, when the Urus was eventually collected at the end of our loan, they needed a crane to load it back onto the low-loader. Endless button-pressing in the back row had, I suspect, left it with a battery so drained that the car wouldn’t even unlock, never mind start, so there was no chance of even getting the bonnet open, never mind administering CPR to the electrical system. The colleague from whom the car was actually collected says his neighbours have been standing at their windows ever since, waiting to watch his house be repossessed. 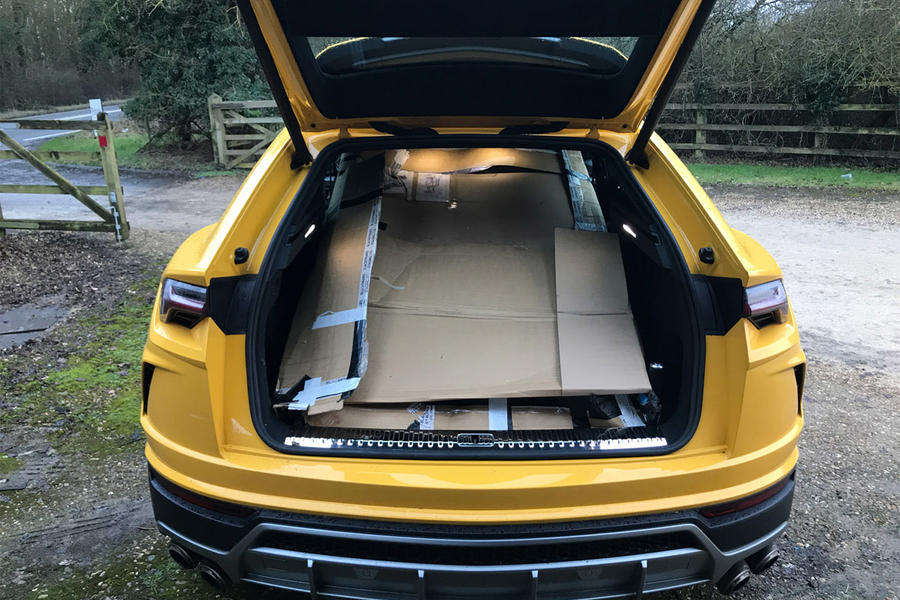 At the end of it all, though, I had learned plenty, much as I feared that I wouldn’t: that a Lamborghini can be practical and fun, but not always at the same time, and that a bright yellow, 2200kg super-SUV that’s the price of a house can be a dependable everyday driver without permanently damaging your character or causing you to be shunned or avoided, even if you have one at the most prescriptive of times. I imagine Urus ownership is even more rewarding if you have somewhere to actually go in it – and, trust me, people won’t hate you when you get there.

The options to have

Panoramic sunroof, £2368: Head room isn’t at such a premium here that you need to avoid a panoramic roof. Your passengers will love how it lets the outside world in.

Heated rear seats, £526: They don’t cost the earth, they make you feel that much more special if you’re in the back and they make a difference to your comfort level when you’re coming in from the cold. 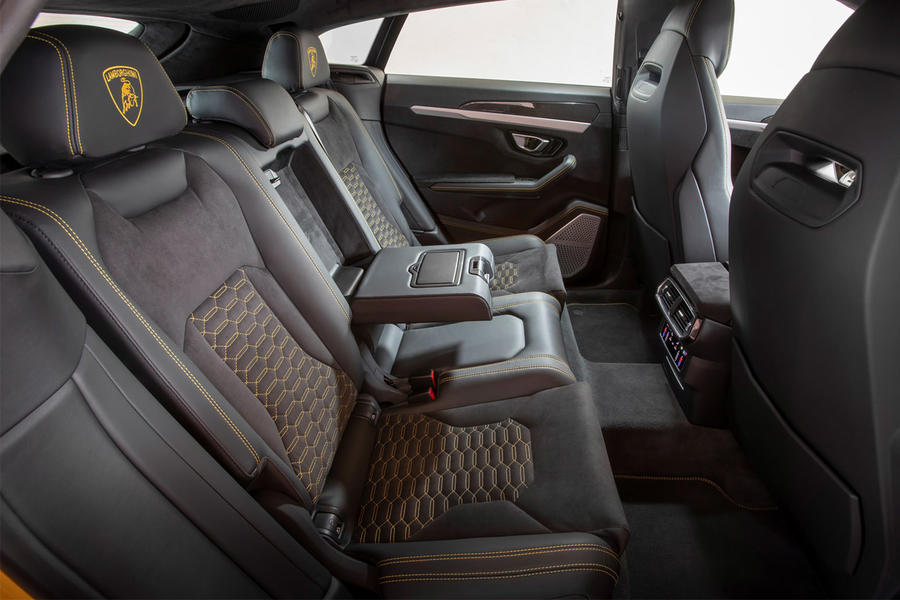 Advanced 3D Bang & Olufsen Stereo, £5250: The sort of thing people look for when you come to sell. Not cheap but probably worth at least some of the price for its resale value. Sounds epic, too.

Cargo management system, £526: It’s a big old boot, and this means you can stop things rolling around in it too much when you go around corners fast (which you’re sure to do).

Rear seat entertainment, £4355: Two detachable tablet screens that will keep your passengers happy on long journeys (but don’t forget to double them up with the TV tuner). 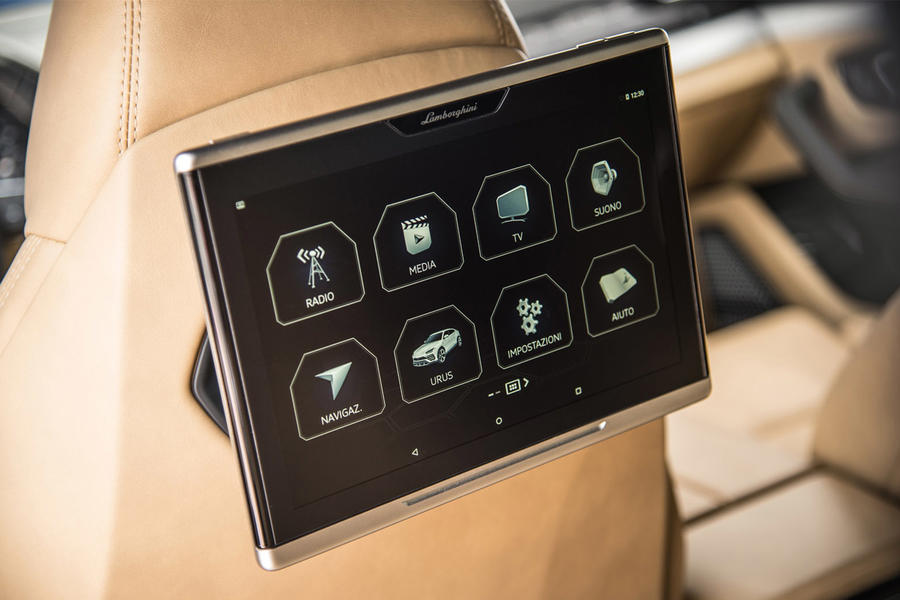 Options not to have

Night vision, £2206: Picks out hot bodies in front of you on the instrument screen, although it never once in 10 weeks showed me one that I hadn’t already spotted.

Extended carbonfibre interior package, £4410: If you like it, you like it, but when you can have something similar in any hot hatchback, why bother?

Exterior carbonfibre trim, £6528/£11,912 (upper/lower body trim): One for the Sunday morning driveway fraternity. For the rest, why pay £12k for body parts so likely to get scuffed?

Pirelli Corsa Tyres, £1575: Not on an SUV, surely? And definitely not on one you have ambitions to drive in all weather conditions.

Akrapovic racing exhaust, £11,484: Plenty will have it, but if you like your Lambo noisy, simply using Sport mode is a much cheaper way of going about it.

How to rent a Lamborghini Urus for £40

Opposite ends of the spectrum: Ford Puma ST vs Lamborghini Urus

If I was offered one to run for a few months, I wouldn't turn it down, how often, unless your a motoring journalist, would you get a chance like this?, if someone offered you your dream car for the Summer for free, would you?

There are an awful lot of used low mileage Urus out there, which indicates either that people bought on speculation, or they aren't that enjoyable to own for the long term.

eseaton 25 April 2021
Sorry. Just as I'm not interested in whether Ferruccio was good at ironing, I'm just not reading an article about the everyday practicality of a Lamborghini.
View all comments (6)