BACK TO ALL NEWS
Currently reading: Try another day: When Q branch got James Bond's cars wrong
UP NEXT
First drive: 2022 BMW XM prototype

Over the years, James Bond has driven some truly iconic cars, from Goldfinger's Aston Martin DB5 and The Spy Who Loved Me's submersible Lotus Esprit to the bespoke Aston DB10 seen in Spectre. 007 has, however, also been behind the wheel of some real dross.

To mark the spy's return to cinemas this month, we've compiled a list of the ones Bond would likely rescind his license to kill in order to avoid having to drive a second time. 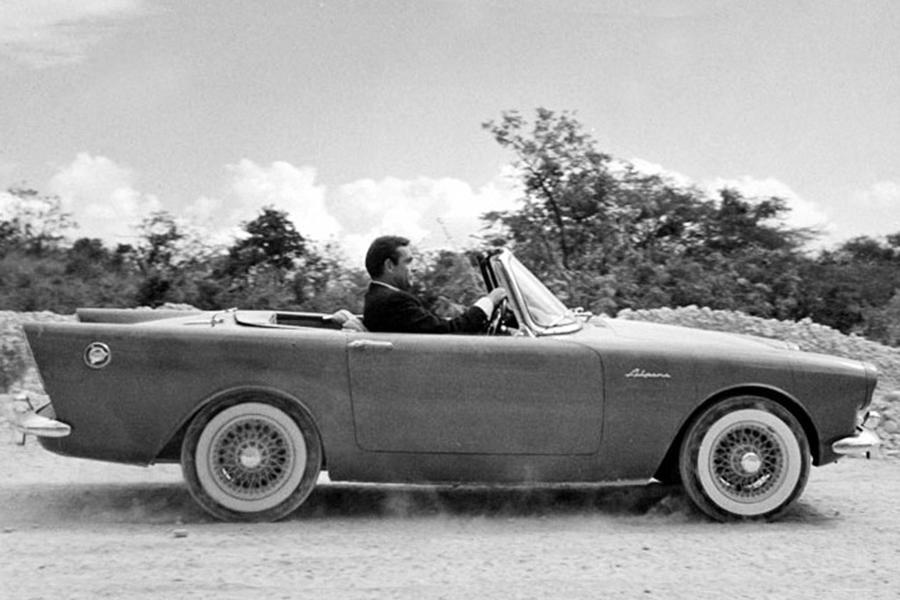 In the first book, Bond drove a 1933 supercharged ‘Blower’ Bentley. (Fleming got his date wrong. The car ceased production in 1930.) In the first film? A Sunbeam Alpine. Not a bad car, but some distance from what you’d want to introduce the world’s least secret agent to the silver screen. An E-Type Jaguar – powerful, handsome and just a little rough around the edges – would have been far more appropriate. 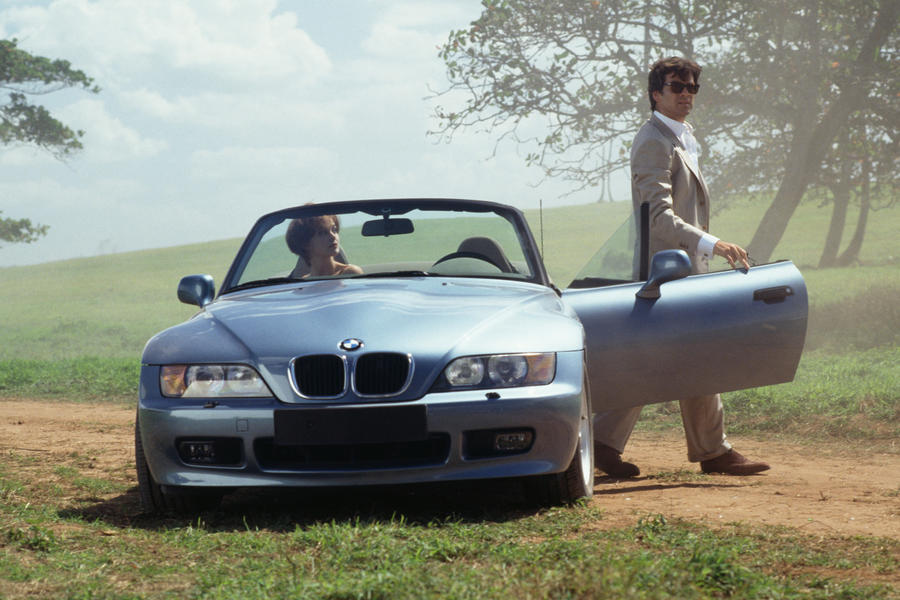 Product placement is as much a part of Bond as dry martinis, Walther PPKs and Q-branch, but parachuting 007 into this dull and slow roadster was just plain cynical. There are plenty worse cars on this list, but he arrived at them incidentally: they were not the big ‘This is what James Bond chooses to drive’ statement. The Z3 was. After six years off the screen, it was the only bum moment in an otherwise cracking Bond caper. No wonder it was barely used. 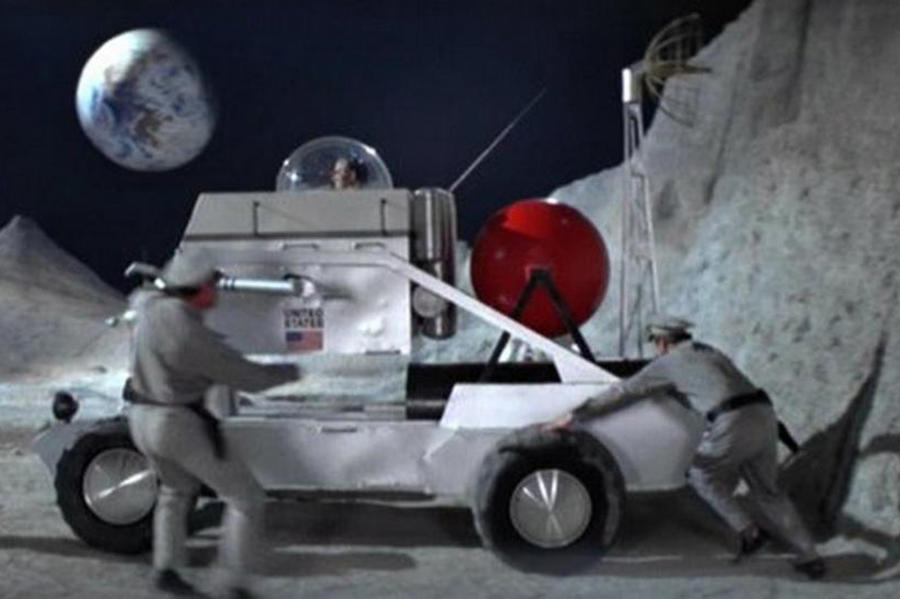 As a kid, I used to think this was quite cool, but looking at it again recently, it just looks like what it is: a prop for a film – and the fact that Bond escapes in it after having apparently discovered NASA trying to fake the moon landings stretched the willing suspension of disbelief way past breaking point. 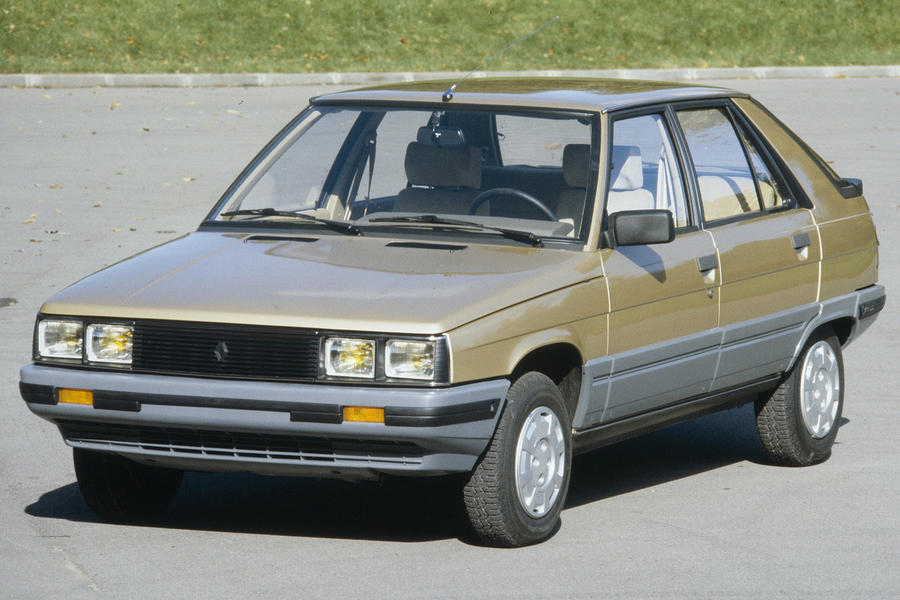 A car so inherently dull they had to chop it in half and send it skittering around Paris just to liven up the scene. The only real entertainment it provides is seeing just how unlike Roger Moore the stuntman looks when the roof gets chopped off. This was the absolute nadir of the Bond oeuvre, when even the director appears to have lost all interest. It shows. 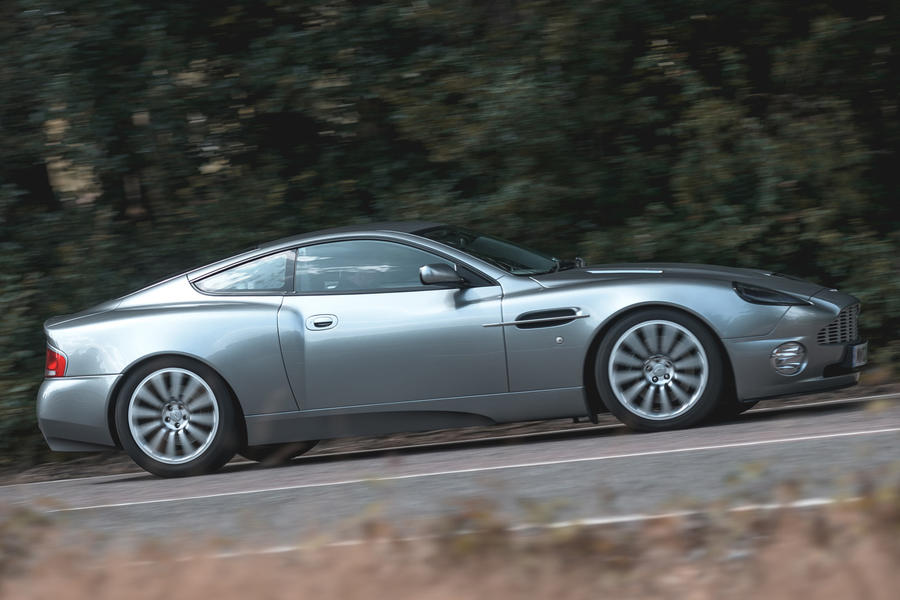 This could have been in the top 10 until the producers decided it could become invisible. The resulting Aston Martin ‘Vanish’ was Bond’s ‘Fonzie jumps the shark’ moment, after which I couldn’t take him, his car or anything he did in it seriously again for the rest of what was already an entirely rubbish film. 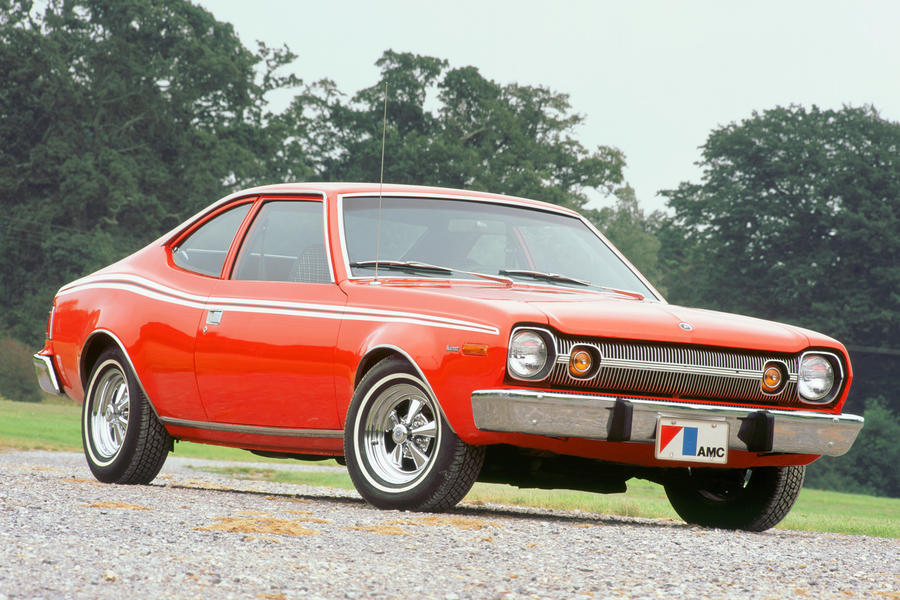 A dreadful car in a dreadful film. Even if it had had the biggest, baddest engine available at the time, it would still have had only 175bhp, a 5.9-litre V8 with less power than a 1.6-litre Ford Fiesta ST. The bridge jump stunt was quite cool, done with no camera tricks and in a single take. Otherwise, risible. 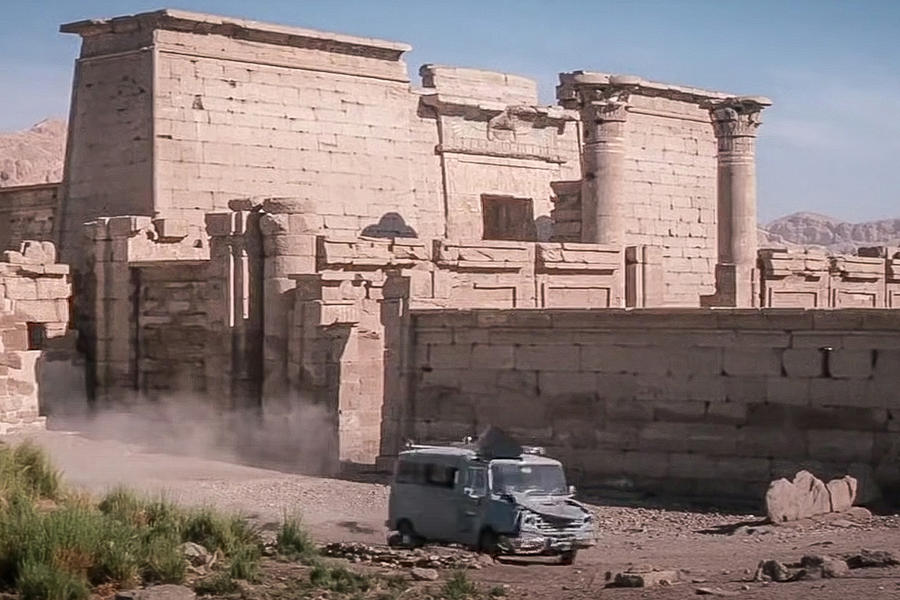 It is possible I have lost my objectivity here after years of being dragged to school sports events in the back of one of these appalling machines, but at the time, I also used to help out doing deliveries in a Transit and even then I can remember thinking how wildly superior was the Ford. This Sherpa died in the desert, the best place for it. 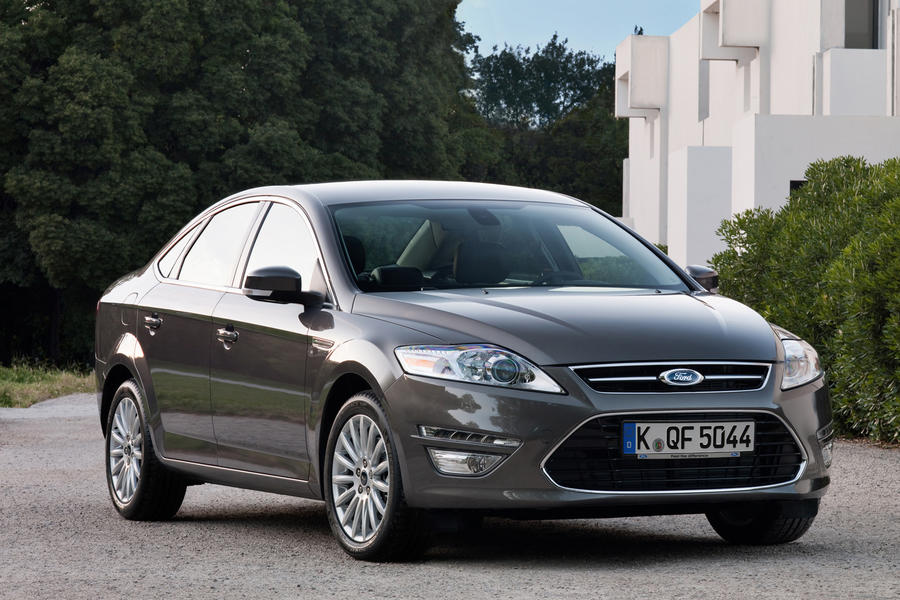 It’s just such a bland, middle-of-the-road choice, even if it is clearly a hire car. Can you imagine the conversation at the Avis desk in Montenegro airport? “An Aston Martin? I can do better than that, Mr Bond. Here’s a new car from the company that actually owns Aston Martin, you lucky man...” 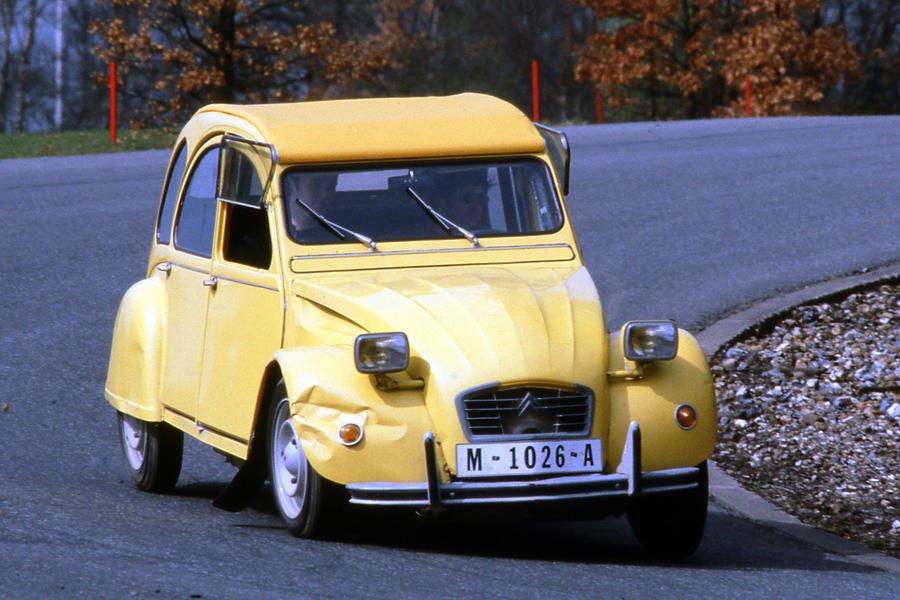 Offered here under protest, because anyone who’s driven a 2CV will know it’s actually probably the best car Bond ever drove. But ever since someone described them as upturned corrugated prams, there has been this notion that a 2CV is what you bought when you couldn’t afford anything else. But even I can see that they do not make ideal getaway cars. 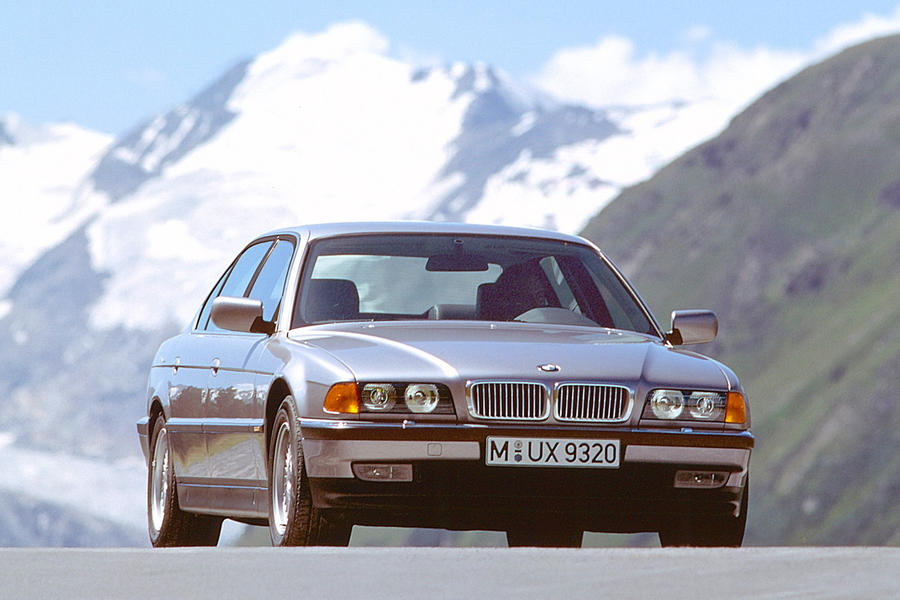 Another that’s not a bad car, just a poor choice of transport for 007 – not least because in its key scene, he’s not even in the driving seat. First, a mass-produced executive express is not in any way Bondian. Second, having him control it remotely by joystick puts a barrier between man and machine that may add novelty value but kills the sense of action stone dead.

Best of the baddies' cars

It’s not just Bond who got to drive cool stuff. Who can forget Goldfinger’s Rolls-Royce Phantom III, Blofeld’s Mercedes-Benz 600 (On Her Majesty’s), Sanchez’s Maserati Quattroporte in Licence to Kill, or the improbably named Xenia Onatopp’s Ferrari F355 in Goldeneye? But there’s only one I really wish I’d driven: the Jaguar C-X75 in 2015’s Spectre. Best of all, out went the electric motors of the concept car, replaced by a bloody great V8 located in a spaceframe chassis designed on World Rally Car principles. Oh to have been the stuntman who got to spend a few weeks on location playing with that.

Log in or register to post comments
Sonic 4 October 2021
I know Die Another Day was pretty terrible, but come on! The car itself... an Aston Martin Vanquish with invisibility? You can't get cooler than that.