BACK TO ALL NEWS
Currently reading: Nine ways to sell your car
UP NEXT
Volkswagen ID Aero is EV Passat equivalent with 385-mile range

Nine ways to sell your car

Getting shot of your car can be a pain in the bottom end, especially if it doesn’t sell straight away. We offer some suggestions beyond the classified ad and trade-in
Open gallery
Close

Over the past year or so, the car on your driveway could seem a pot of gold. That's how valuable used cars have been since the coronavirus pandemic impacted new car production. Well, the right sort of used cars at any rate – nearly new, sporty or niche, Euro 6 diesels, tidy SUVs…

While microchip shortages continue to delay deliveries of new cars, buyers are being forced to consider nearly new instead. Fewer new cars were sold last year, too, so there are fewer part-exchanges knocking around. Finally, those forced to hunker down during covid have more cash to spend on treats like a change of car.

Making a ton of money on your old car is one reason you might want to sell it, but there are plenty of others including a change in your circumstances, it's costing more to maintain or you simply want to upgrade. The question is, how can you do it? In no particular order, here are nine suggestions:

People become so focused on buying their next car that they forget they're selling one, too. It's called their part-exchange and it has a value not only to you but to the dealer buying it. They can make money on it and, if it's a popular model such as we described above, a lot of money – so make them sweat for it.

Before you turn up at the dealership, make sure you know what your car is worth. You can get an online valuation or one from a company that buys used cars (see below). However, such valuations are often behind the times or on the low side. Instead, we'd run the car past online third-party car buyers such as Wizzle and Motorway that put your car in front of dealers who compete to buy it, rather like an auction. Doing this, you'll get a more realistic, competitive and up-to-date valuation.

So armed, you'll know if the dealer is making you a fair offer. Depending on how they work, they'll either give you a discount on the new car and the lowest price for your old one or no discount and a good price for your old car. As long as you know the market value of your car and keep your eye on the cost to change from your old car to the new one, however they construct the deal, you'll know whether you're being treated fairly or not.

Sell it to a cash-for-car company 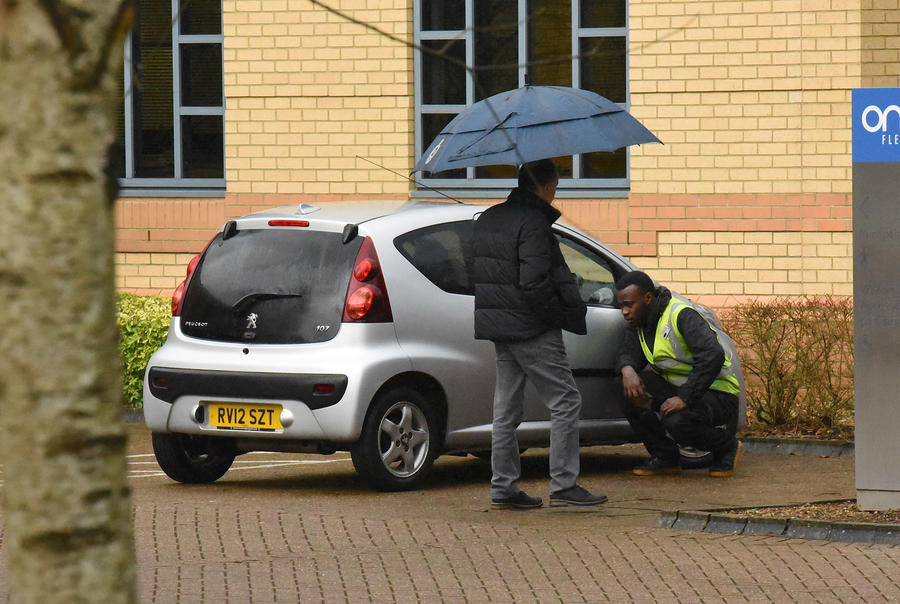 We’ve all heard the stories about companies offering an enticing online price for your car before reducing it substantially after inspecting it in person. Back in 2017, we tested a couple of them, using a 2012-reg Peugeot 107 Allure with 49,000 miles on the clock, which we declared to be in average condition (light scratches and kerbed wheels). For reference, we checked its value with a leading trade guide. It suggested £2325.

A spokesman for We Buy Any Car said: “The company guarantees to give the price quoted on the website if the vehicle is as described but, if issues come to light on inspection, then the price needs to be adjusted. The price offered by different [online] buyers will vary and so we recommend motorists shop around to get the best price.”

In fairness to WBAC and its rivals, we should add that all such companies have had to raise their offers in response to today's market conditions where prices of good used cars have risen rather than fallen. We should also point out that while there's no charge to you, you may be charged for the company's transfer of funds to your bank account.

Sell it via a third-party car buyer

It sounds dubious but a third-party car buyer is only like We Buy Any Car and its rivals expect that rather than buying your car, it offers it to traders who buy it instead. You upload pictures of your vehicle to its website complete with a detailed description and the company then presents it to traders who subscribe to its service.

Before the sale, the company will tell you what, based on recent sales, it thinks your car is worth. Based on this figure, you set a reserve price below which you won't go and then sit back and wait for the best offer. It's like an auction with only those traders who are interested in your car bidding to buy it. There's no cost to you – even the transfer of funds is free.

Companies providing this service include Wizzle and Motorway. Using the latter, this writer achieved just £600 less for his Mazda MX-5 than he bought it for two and a half years and 18,000 miles before. 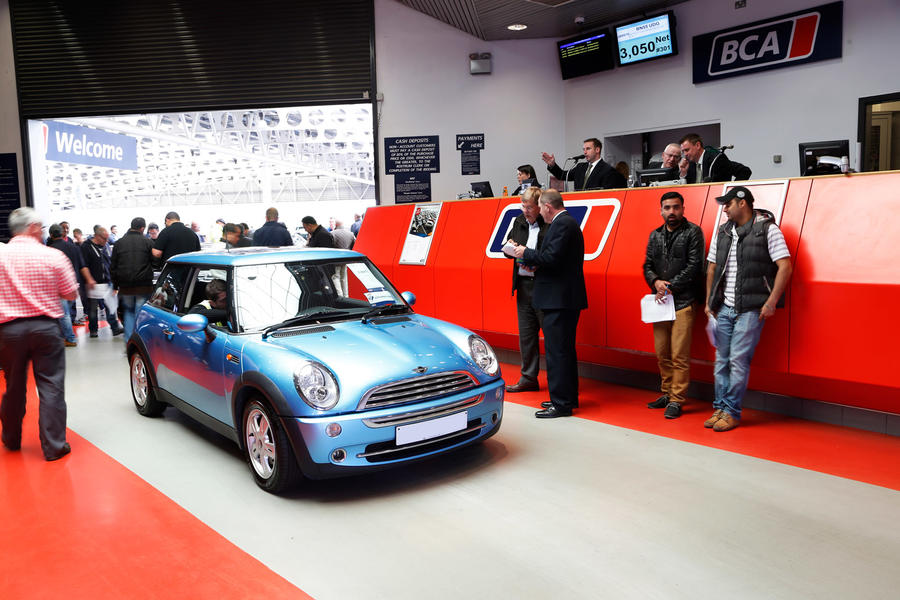 Third-party car buyers are like auctions but here we're talking about the real things. Of course, to suggest you sell your car at an auction sounds little better than feeding it to the lions but, if you’re canny about it, you might get a decent price. By canny, we mean choosing not only the auction house carefully but also the sale itself. For example, if your car is young with a lot of value in it or an in-demand premium or sports model, you should pick a sale where cars like it are also being offered. This way, you stand a better chance of it being seen by buyers interested in such cars and with a market for them.

A key thing to note is that since lockdown, the major auctions in particular have moved to online sales only and also barred private bidders, so before you get too excited about a car, check you'll be allowed to bid for it.

Meanwhile, Tom Luik, owner of Cannock Motor Auctions, operates weekly sales of cars typically aged between four and 10 years old and he says there’s always a good number of buyers. The challenge is to get sellers to set sensible reserves (the lowest price they’re prepared to accept).

“Nine out of 10 times, our estimate for what the car will go for is accurate but some sellers don’t believe us,” he says. “They’ll end up offering the car several times but, at the fourth attempt, we insist they offer it without a reserve. No one wants to see the same car going through an auction again and again. It puts buyers off.”

Sell it to the trade 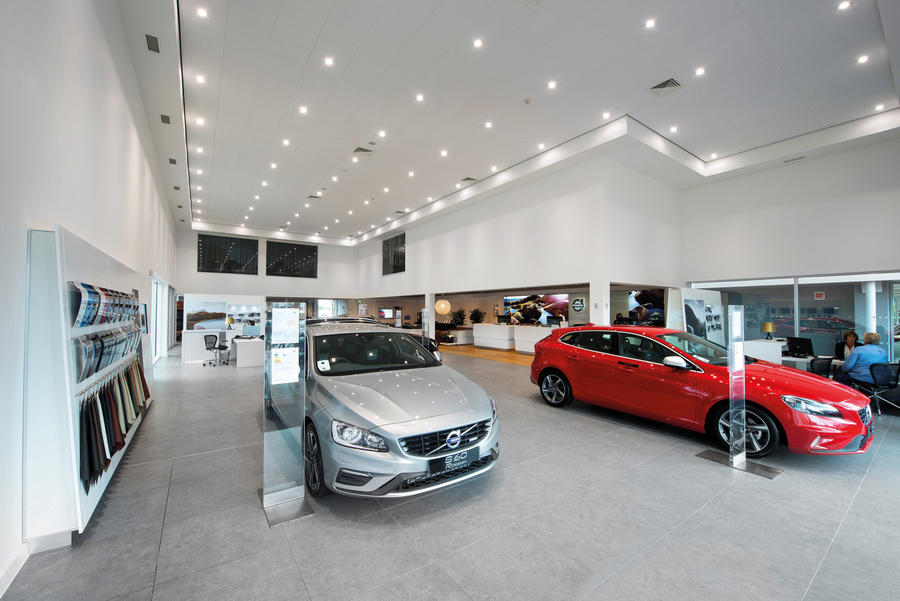 Selling your car to the motor trade seems little better than selling it at auction with the extra disincentive that no one else is competing with them to buy it. But choosing a dealer that specialises in your kind of car could net you a decent price and as we explained earlier, they are desperate for the right kind of stock – any stock. After all, you’ve saved them the trouble of buying it at auction and they can test it and quiz you all about it. However, do make sure you've researched your car's value first.

Offer it for sale or return

If you have the time and can afford to do it, another way to sell your car is to leave it with a dealer who specialises in your particular model or type of vehicle.

They’ll stock it for an agreed period and take a cut of the sale price for selling it. They’re more likely to be interested in this kind of deal if your car is a bit special in some way and so likely to attract attention. 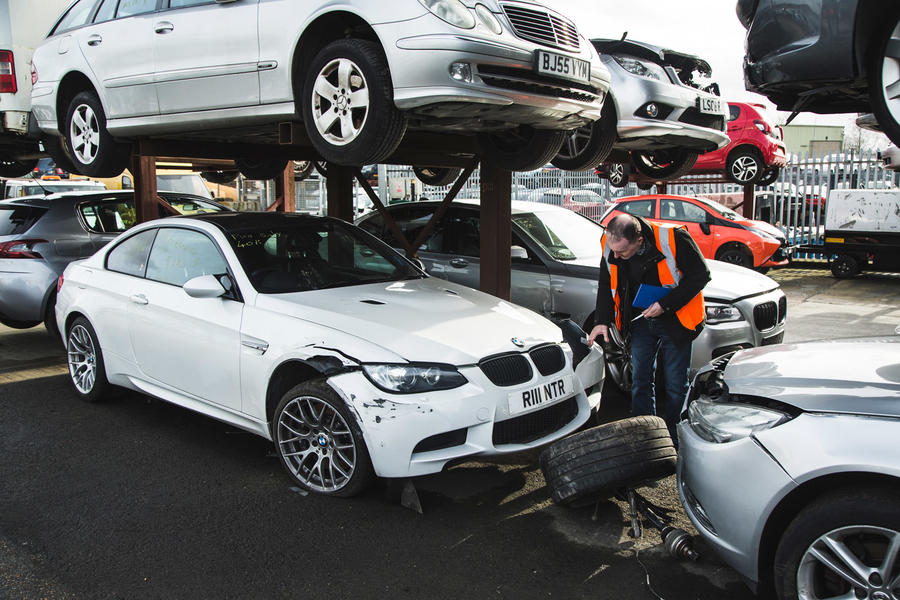 There are some salvage companies that not only buy scrap cars for around £120 at current prices but also buy cheap runners (cars in good condition with an MOT) for more. Car Take Back (CTB) is backed by the Department for Environment, Food and Rural Affairs and the Society of Motor Manufacturers and Traders. It was formed 15 years ago when end-of-life vehicle regulations, which govern the disposal and recycling of cars, came into force. It works with 300 authorised treatment facilities (ATFs) licensed to handle scrap cars.

You enter your car’s details on the CTB website and await an offer. Don’t hold your breath, though. For a 2018-reg Mazda MX-5, CTB offered £1236. On the other hand, for a 1998-reg Nissan Micra with 160,000 miles we found being advertised by a dealer for £199, the company bid £81. It’s not much but, if you just wanted a car off your hands without paying for advertising, it’s worth considering.

Give it to charity

For many, this might be the disposal method of last resort but at least the car’s cash value goes to a good cause. Give A Car, founded in 2012, is one of the leading operators in this field. All of the cars it receives are either scrapped or sold at auction. It processes around 150 cars each month.

Many of them are cheap, but it claims 30% are runners and occasionally it receives higher-value vehicles. For example, it was once given an Austin-Healey that was subsequently auctioned for £17,000. When you donate your car, you choose which charity you want the proceeds to go to.

The non-profit enterprise takes a cut of the car’s disposal price to pay its running costs. On cars that sell for less than £150, this figure is 30% including VAT, and on cars that sell for more, it’s 35%. This fee is applied after the auction or scrap company that disposes of the car has charged Give A Car for its collection and processing, a figure that’s typically around £120. (This charge isn’t imposed on cars costing less than £150.) It means that on a car that sells for £1000, £308 including VAT goes to Give A Car and £572 to the charity.giveacar.co.uk

Advertise it on social media

As with most other aspects of life, social media can also offer a sales route. Facebook Marketplace is a common route, but even TikTok and Twitter can be useful to reach an audience. Some even go viral, although always be prepared for how your video might be received: a US car dealer posted about using colour coat spray to cover seat stains, only to receive a huge backlash.

It's your own fault.

I've always found WeBuy to offer the worst price, but found others to offer a better price than what I'm quoted as a Part Ex. Have now sold 5 cars via car buying companies and have been very happy with the service.

Have also always received the exact figure I've been quoted that's because I'e described car accurately. To describe a car is in 'average' condition - what does that mean? The condition varies from car to car, who determines what's average? Average is only a guide price, you need to describe the car exactly for an exact price.