BACK TO ALL NEWS
Currently reading: Meet the engineer who fixes what car makers can’t
UP NEXT
New Kia EV9 primed as premium electric range-topper

Meet the engineer who fixes what car makers can’t

Frustrated with big bills for tiny parts? When the car makers’ engineers fail, a man from Ramsgate has a fix
Open gallery
Close

The news pages of Autocar are filled with pictures of disguised prototype cars, caught in the open while the manufacturer tests them to destruction. At the press launch, they will boast about how many hundreds of thousands of miles have been covered in the pursuit of longevity and reliability.

But despite being pounded in the heat of Death Valley, thrashed at the Nürburgring and frozen in the Arctic Circle while in development, many of these cars can’t seem to survive a decade being driven to the shops in Britain without a significant component failing. We don’t mean the entire engine or gearbox, but tiny grommets that can’t be fixed without replacing big and expensive parts.

Luckily, there’s a man in an industrial unit in Ramsgate who is making those grommets to allow owners to fix their cars at a fraction of the cost – and re-engineering them to make sure the same fault doesn’t happen again. His company now sends out tens of thousands of parts to grateful owners around the world and it has earned him an Aston Martin, a Range Rover and a house on the beach, aged just 32.

How come Kieran Mannings, owner of X8R Limited, can succeed where the world’s best engineers have failed? “Some of the parts fitted to cars are completely unsuitable for the job. They use materials that won’t last or they’re just poorly thought through,” he says. “Some of it is cost-cutting, or a need to save weight and time, I think. But it’s the poor owner who has to pay in the end.” 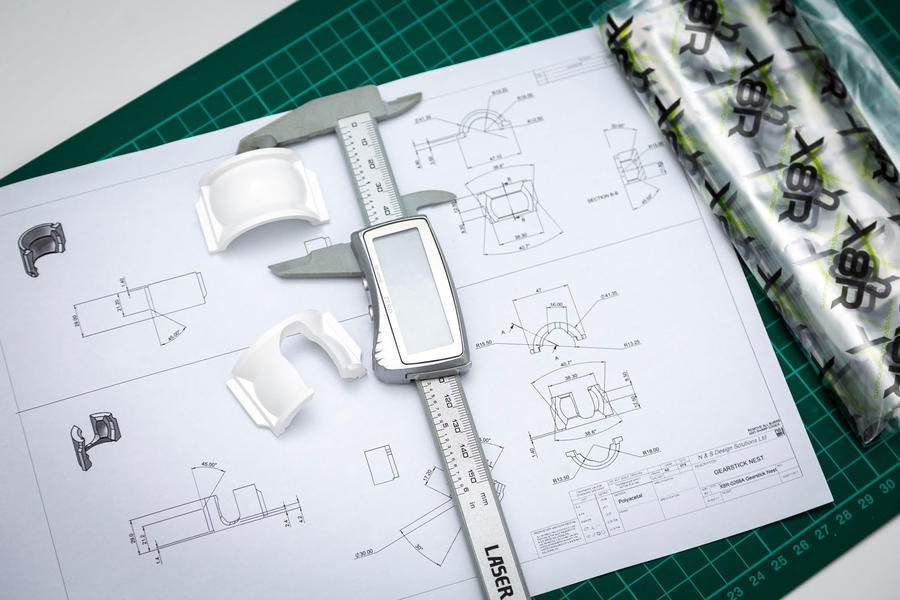 Mannings founded the company when he was a schoolboy, selling parts to make Honda mopeds (the X8R in particular, hence the company name) go faster. He then moved on to selling undercar neon lights on the internet, cashing in on the Fast and the Furious craze by sending parcels from his university student digs.

While there, he noticed his girlfriend had to use a pencil to open the boot of her Renault Mégane. The release button had failed and a replacement was £150 from the dealer. Mannings took the lock to pieces, saw a tiny plastic ring had disintegrated and made her a new one from stainless steel. It worked perfectly and will never break again. He began selling them online and it is still one of X8R’s core products.

That led him to look for similar faults in other cars. By scanning forums and talking to mechanics, he soon found plenty to keep him busy. His current best-seller is also a boot lock fix but, this time, it’s for the Mk1 Nissan Qashqai.

Mannings says: “If you start looking, you’ll see Qashqais with duct tape holding on the boot handle. They’ve got flimsy mountings and they just snap. A new one is £70 from Nissan. You need to pay extra to get it painted and you know it’ll just break again in time. We do a kit to fix the original part and make it stronger for £18.90. We sell about 10 every day.” 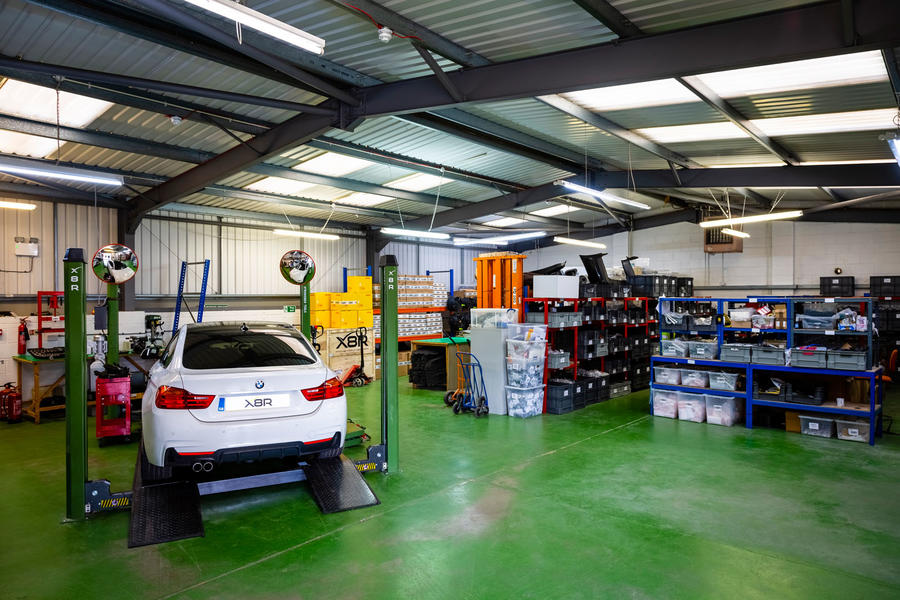 It may sound simple but perfecting and testing the fix took Mannings nine months. The X8R unit is littered with parts of old car that have been used for testing and measuring. On the desk is a Vauxhall Astra door mirror, being tried with a new 3D-printed prototype cover. Vauxhall doesn’t sell the easily smashed bottom half of the outer shell and there’s an eager market for them. Another strange contraption turns out to be a Ford Galaxy handbrake assembly. X8R’s new £35 fix for a snapped cable takes 30 minutes to fit, versus a full day for the main dealer to replace the original, flawed part.

Two designers work on the technical drawings and prototype parts are 3D printed before being tested. The components are then built to X8R’s spec in various factories around the world before being sent to Ramsgate.

Some parts are exported out of the country again. Mannings points to X8R-branded crates that are on their way to his distributors in the US and South Africa. They’re filled with cast-iron exhaust manifolds for BMWs (to replace the crack-prone stainless steel originals) and air suspension pump refurbishment kits for Land Rovers and Audis (£15, whereas a dealer will only sell you a new pump for £300-plus).

Other, smaller crates are filled with parts that are being picked and sent to customers in the UK and mainland Europe, who have found X8R via eBay, Amazon or a link from a forum. The crate labels feature the names of numerous car makers: reinforcements for Volkswagen Beetle door handles, Mercedes-Benz gearlever bushes, Toyota Prius boot releases and BMW swirl flap, DISA valve and Vanos repair kits. 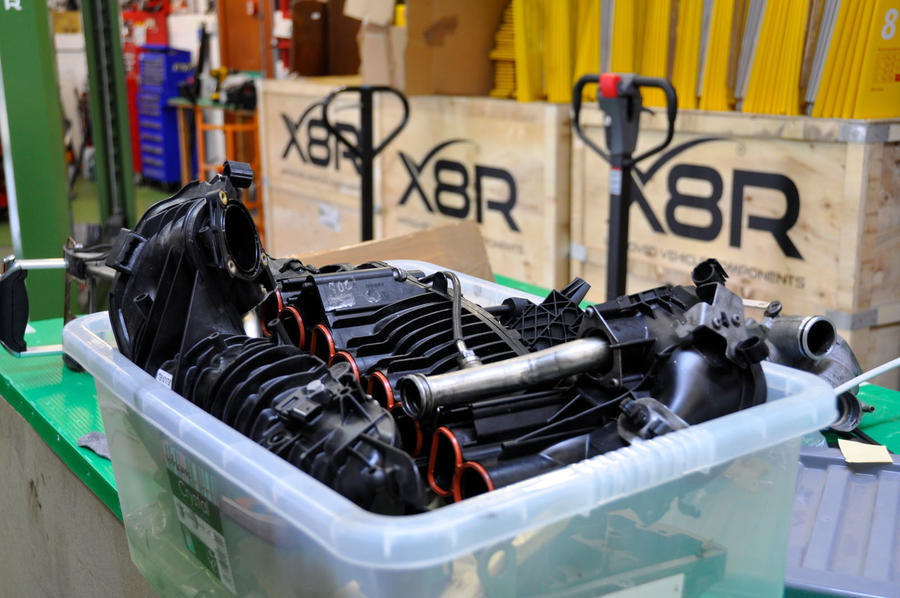 One of the newest products is a Citroën C4 glovebox hinge repair. “They inevitably break, and some guy on eBay was selling a fix which used a bath plug. It actually worked, but we thought we could do something a bit better,” says Mannings.

What does the future hold? “I was a bit worried about electric cars as you’d think there was less to go wrong with them,” he says, “but I’ve had a good look around a few EVs now and I think there will be enough to keep us busy. They might not have engines but they still use cheap and unsuitable bits in lots of other places.”

There’s more bad news for expensive manufacturer workshops. Although X8R supplies parts to independent garages and even the “odd cheeky main dealer”, the company is keen for people to try their hand at DIYfitment. “We spend thousands of hours doing instruction videos to show how to fit our components,” says Kieran Mannings. “We have looked at making some parts before but have realised it would just be too hard for a reasonably competent home mechanic to fit. The kit we do for BMW Vanos repairs is about the limit of complexity we think most people could cope with.”

From the shed to the spotlight: Autocar meets Edd China​

It's claims legislation that stops repairs

Imagine if a main dealer fixed your brake system with an aftermarket part that later failed causing a serious accident.  It's not been through any type approval tests.  What would you do.......?

That's why main dealers these days replace not repair parts.

I'd happily use this guy personally though.

Imagine if a main dealer fixed your brake system with an aftermarket part that later failed causing a serious accident.  It's not been through any type approval tests.  What would you do.......?

That's why main dealers these days replace not repair parts.

I'd happily use this guy personally though.

This article is about reducing the total cost of repair, by selling individual parts that need to be replaced, rather than whole units, most of which work, but are not needed for the fix. With such lack of attention to detail, you will never be promoted beyond deputy.

I notice there is quite an emphasis of BMW spares on their website - does this say anything about the quality and longevity of its cars???

I notice there is quite an emphasis of BMW spares on their website - does this say anything about the quality and longevity of its cars???

Maybe, but could also be they sell complete units instead of individual components. I had an issue with my Suzuki that possibly needed one of two sensors replacing. Other options were tried because only complete units were available, one at £300, the other £500! In the end I went to another garage that solved it by cleaning the throttle body for £75. That was a reminder that the expensive repair is not necessarily the best. X8R are a brilliant example of that. Maybe one day they can expand into home appliances.