BACK TO ALL NEWS
Currently reading: Icon of icons: Autocar Awards Readers' Champion - Volkswagen Beetle
UP NEXT
Is the N mightier than the Ford? Hyundai i20 N vs Fiesta ST

Is the Volkswagen Beetle your favourite automotive icon? Read what we think and cast your vote
Share
Open gallery
Close
Share story

The Volkswagen Beetle is in the running to be this year’s Autocar Awards Readers’ Champion. Each day a different member of the Autocar team will champion one of the 17 cars, but only one can be the Icon of Icons and it’s up to you to decide - vote here.

This isn’t a defence of the modern Beetle, or an attempt to argue it was misunderstood or under-appreciated. I’m not going to die on that hill, or even stub my toe against it. The Beetle’s second life is just an excuse to sing the praises of the original.

Nor is it just the first car’s huge production run that brings it here (more than 21.5 million by the time production finally ended in Brazil in 2003), nor its cultish following, nor even the unarguable appeal of Herbie Goes Bananas. Nope, the Beetle has earned its place on top of the list for proving that cheap didn’t have to mean nasty. 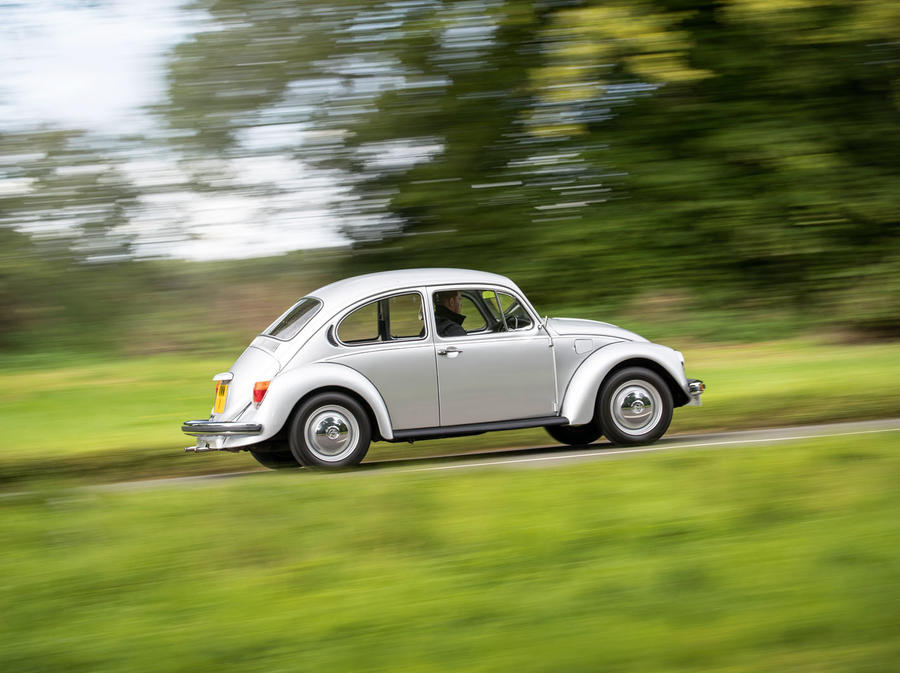 Drive a Beetle today and ‘modern’ is not one of the words you are likely to take away from the experience. There’s huge character, but no doubting the basic-ness of the car itself. The rear-mounted engine ticks like a demented sewing machine at idle, but there is a distinctly Porsche-like character to the soundtrack under harder use. Appropriately enough – the new 911 being the Beetle’s first cousin six times removed.

Harder use is what a Beetle driven on modern roads tends to get – even the last European-market versions made do with 1182cc flat fours producing just 35bhp (Americans got a 1.6-litre version with a heady 59bhp). Driven with binary throttle inputs, a mid-1970s Beetle is quick enough to keep up with modern traffic, but not really up to the task of ever drawing ahead of it.

But this doesn’t matter, because you are almost certain to be smiling. The Beetle isn’t a sports car – the official 0-60mph time was 36 seconds and the natural cruising pace is around 55mph – but the basics are overwhelmingly good.

The gearshift is accurate and graunch-free, the clutch progressive and the low-geared steering has nice weight and delivers good responses. Taken to its limit, the swing-axle rear suspension could turn the car snappy, but driven at everyday pace it displays a tightness and positivity in stark contrast to the dynamic slop served up by most of its contemporaries. 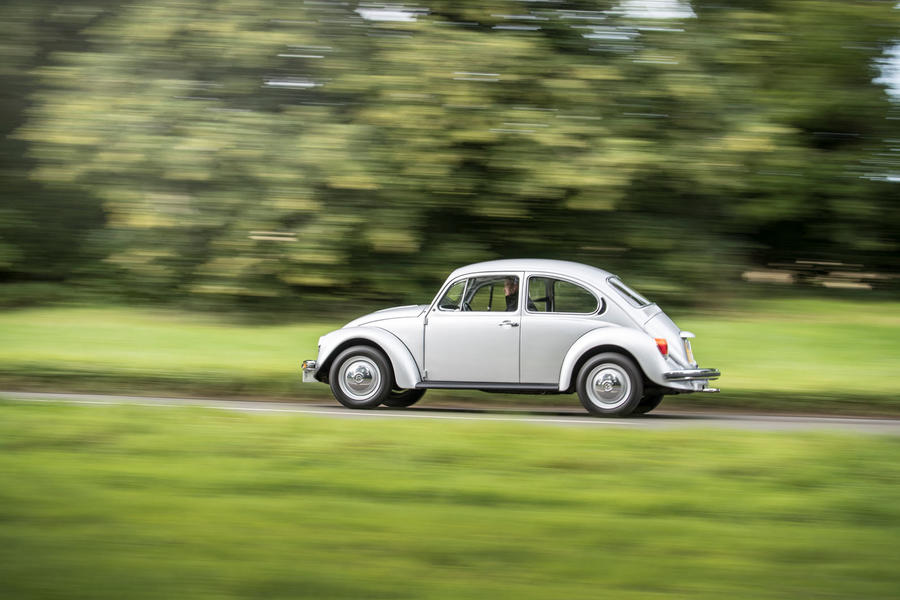 It’s the build quality that really impresses, though. A well-maintained Beetle still feels solid and tight; the doors close better if you lower the window a centimetre first, such is the efficiency of the seals. In an era when cars were often delivered to their first owners with major faults, and many suffered life-threatening corrosion before their fifth birthdays, Volkswagen’s quality came as a revelation. It was also a happy side effect of the fledgling company’s lack of funds when production was restarted after the war – initially at the behest of Ivan Hirst, a British army major – and without the funds to develop new models. The result was a truly evolutionary approach with iterative upgrades rather than generational changes throughout the Beetle’s long life. Spin-offs like the now-venerated Bus and Van used the same suspension and powertrains.

The Beetle was inexpensive – one of the cheapest cars in the UK right up to its retirement here in 1978 – but its solid construction and dependability won it a middle-class following, one that undoubtedly served as the basis for VW’s modern successes. Icon is an overused expression; the Beetle is one of very few cars to have genuinely earned it.

70 years on: the VW Beetle in America​

James Ruppert: why you need a Volkswagen Beetle​