BACK TO ALL NEWS
Currently reading: Icon of icons: Autocar Awards Readers' Champion - Mercedes-Benz S-Class
UP NEXT
Is the N mightier than the Ford? Hyundai i20 N vs Fiesta ST

Is the Mercedes-Benz S-Class your favourite automotive icon? Read what we think and cast your vote
Share
Open gallery
Close
Share story

The Mercedes-Benz S-Class is in the running to be this year’s Autocar Awards Readers’ Champion. Each day a different member of the Autocar team will champion one of the 17 cars, but only one can be the Icon of Icons and it’s up to you to decide - vote here.

When it comes to to trickle-down automotive technology, the vehicle perched solidly at the pinnacle is the Mercedes-Benz S-Class.

Look at the W126, which in 1981 had a driver’s airbag and a passenger-side seatbelt tensioner. Meanwhile, ABS brakes were an option but fitted as standard to the top-of-the-range 500s. These Mercedes were big on safety, with beefed-up passenger cells and clever touches like the door edges overlapping in their frames so that they would not jam solid in a crash. 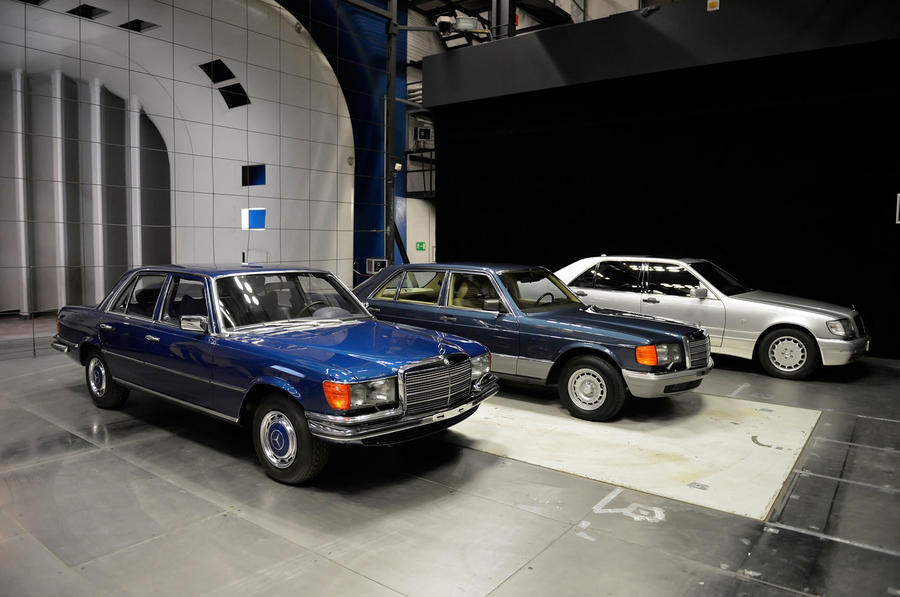 In 1965, Mercedes made a clean break from its ‘New Generation’ medium saloons and came up with a large, imposing and elegantly styled vehicle for the better off. The W108/109 was designed by Paul Bracq and, though not officially the S-Class, this is where it all began.

What it had in abundance was presence and space. Convex side glass, and just more glass area overall, plus a lower rear floor meant that it seemed huge on the inside. I could bore you with S model designations, but the best bit of the early story was the creation of the 300 SEL 6.3. It was inspired lunacy to take the 6.3 V8 from the weighty 600 and put it into something almost svelte by comparison, creating the first luxury super-saloon.

Whatever you call the original model, no one else could make a large number of upmarket saloons (it is the best-selling luxury car, after all) to such exacting quality standards. It certainly helped that any minor bodywork blemishes could result in a full respray before leaving the factory. This level of attention to detail offset by sky-high prices and justified by a perennial waiting list made them great. It was also this enduring reputation that helped the model survive the dim years from 1999-2005 with the W220, so we won’t even bother looking too closely at that blip. 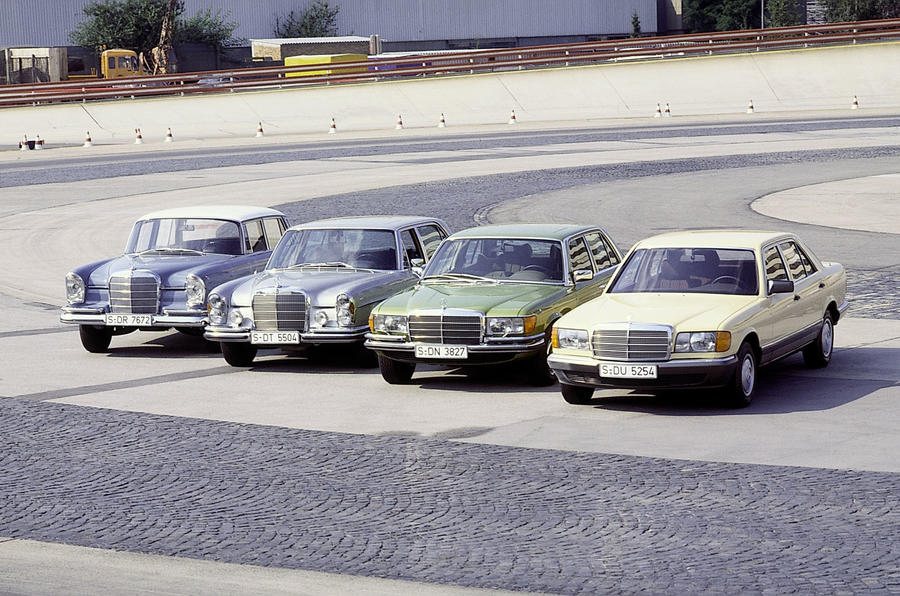 Before the mid-life crisis, there was the W140, which was a bit too much S-Class for some. Derided at the time for door-closing motors and being the size of a 747, it was actually a spectacular distillation of all that was great about Mercedes: quality, technology and bombast. Hindsight suggests it might well be the best Mercedes ever made, just not the prettiest. Meanwhile, the most recent models have proved that Mercedes got its huge saloon, advanced techno groove back with the W221-222.

The S-Class has always been the first choice of plutocrats, dictators and corporate fat cats across the planet, which is actually a good thing. They know quality, style and luxury when they sit in the back of it. Refinement levels are very high and comfort is not at issue. Overall, the S brand has always been the quiet and sophisticated large car that you can rely on. They make brilliant used buys and peerless new purchases for the luxury car connoisseur. Most of all, they helped develop and finesse the technology you drive today.

That’s why you should vote for the Mercedes-Benz S-Class.

I owned a 300sel with the 3.5 v8 and remember the interior being so uninspiring apart from the slash of wood trim over the dash. The door panels in flat vinyl and flat hard seats and the cheapest quality carpet meant you had to order rubber mats to avoid it wearing out in weeks. At least the seats were in real leather unlike the crap vinyl they use now. I worked at a Jaguar dealership at the time and their interiors and mechanicals and styling were much more interesting. I raced a xj12 against a 6.3 and crushed it. Don’t know where that fastest saloon claim came from. Even my bosses 1969 Cadillac used to show tail lights to the Merc

But not an icon of icons- the quality ‘blip’ 1999-2005 cannot be forgiven for what would otherwise be flawless execution.

Agreed not the prettiest, but just felt like they were hewn out of rock.  Soft close doors, double glazing.....theatrical reversing antennae on early models. Split personality engine - soft and hushed wafting around town, then Nascar growl when accelerating hard. This model carried me and my family in abject luxury and safety across Europe many times....I have never known a car that makes an 800 mile journey in a day so easy and stress free. Maintaining high average speeds on the Autobahn effortless and totally unflustered by crosswinds.

Under rated today, but still a great car.