BACK TO ALL NEWS
Currently reading: How a sat-nav can make you faster around a track
UP NEXT
Join the Q: New Genesis GV70 faces Audi Q5

How a sat-nav can make you faster around a track

Tuition from a pro is the best way to improve your lap times, but Garmin says its new device can give you an edge at every track
Share
Open gallery
Close
Share story

Let’s give this clever box of tricks a go and see if it can unleash the hidden Jacky Ickx in me. It’s unlikely, but there might be a little extra pace to be dragged out of this old dog. I might even be able to impress our young-gun road testers next time I’m out on a track with them.

Garmin’s aviation products have been guiding me safely around the skies ever since I learned to fly, so perhaps its new Catalyst gadget will prove to be equally useful at ground level. Garmin calls the Catalyst a driving performance optimiser but, put simply, it’s a data logger. Using 10Hz sat-nav, image processing and a built-in accelerometer, the Catalyst knows exactly where you are on the track to within inches.

It isn’t the first such gadget on the market: we’ve been using Racelogic VBox for years and there’s also the Aim Solo. The Catalyst’s appeal is that it lets you look at all the data as soon as you get out of the car, without having to first download it onto a computer or phone app (although you can do both also). And it features a video camera so you can replay the action later. There’s more to it than that, but the best way to explain it is to try it out. 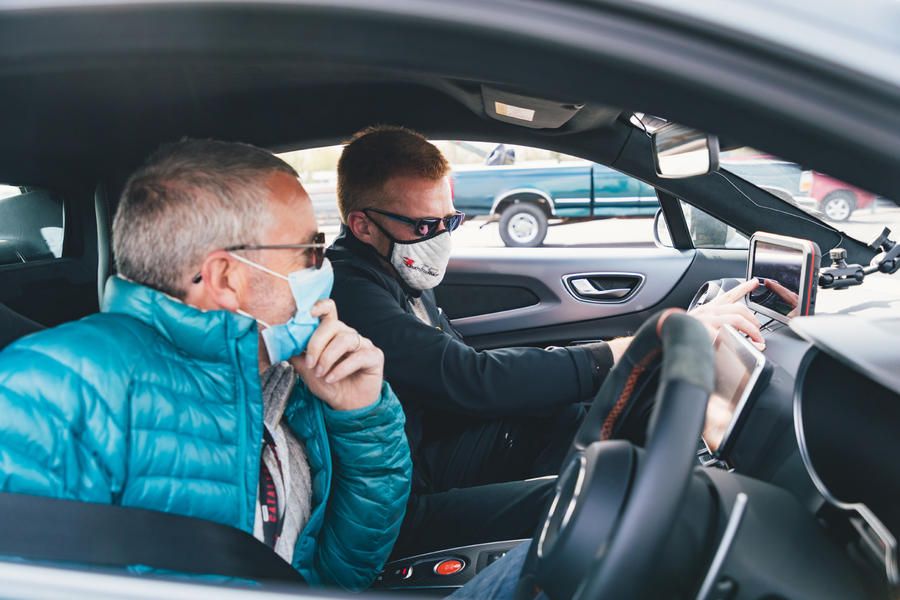 Garmin has invited a group of journalists to an event at Thruxton to test the Catalyst for real. This is an interesting choice, as the Hampshire track is the quickest in the UK. I haven’t been here for 20 years; my last visit was to race a TVR Tuscan.

Today, there’s a fleet of Porsche Caymans and Alpine A110s being divvied up for the hacks to drive. To my delight, I’m in one of the French cars. Next to me will sit instructor David Hornsey, whose job will be to make sure that it comes back in one piece and that I understand how the Catalyst works and how best to use it.

There’s no connection between the device and the car’s ECU, though, so we get no data on throttle position, engine revs, steering angle or braking forces. 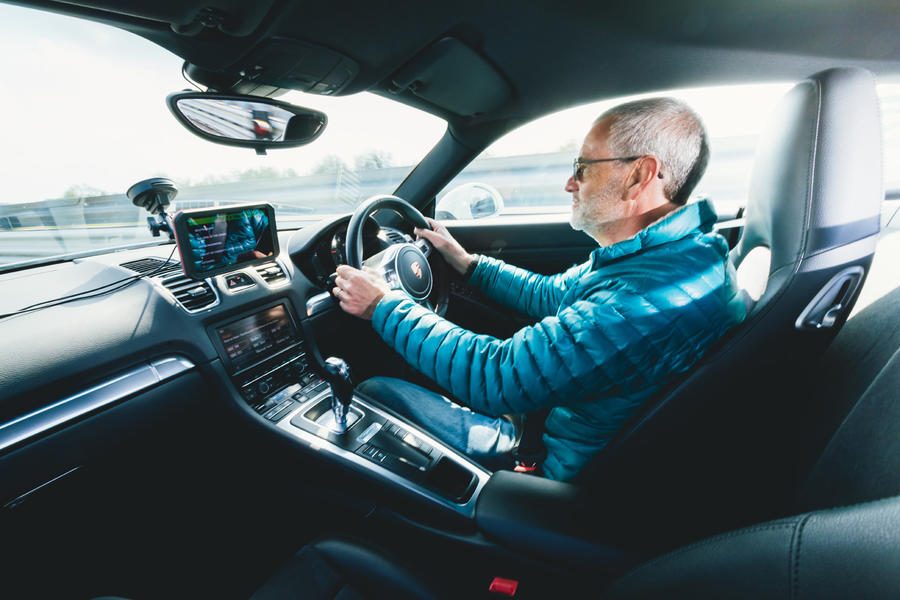 The idea is that we drive for three laps, on which the Catalyst will gather data and then compare with later laps.

Another feature is live audio coaching, which gives you helpful tips through a Bluetooth headset or a link to the car’s sound system. We will come to this shortly.

The Catalyst’s 7.0in screen shows your lap time on a green background if you’re beating your best time or a red one if you’re lagging behind.

The slight snag is that I’m trying to improve on my own average (from those three laps). What would make more sense is to get Hornsey to drive the three laps and then we swap and I use his times as a target. But there’s quite an element of risk involved in chasing a pro’s lap time, because you have to remember that you’re not playing a computer game: it’s a real car with real things to hit if you go off.

I remember Thruxton’s layout, but not in detail. For the first few laps, I ignore the Catalyst, because it’s more important to get the feel for the car and get back up to speed on which corner follows which. Hornsey chips in occasionally with useful pointers: suggestions to turn in a bit earlier or later where required. 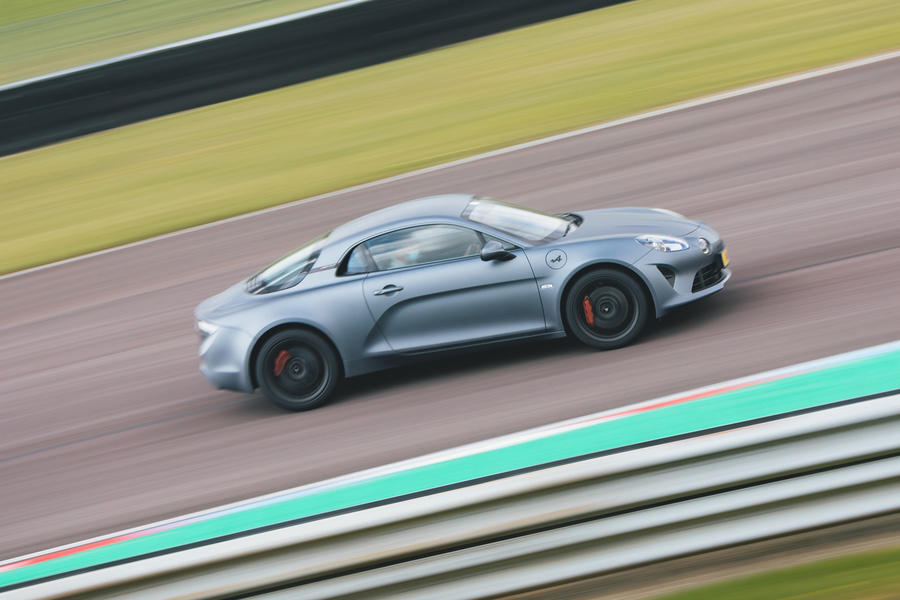 After three laps, the Catalyst has logged my lines and where I’ve been braking and getting back on the throttle. Now that it has this information, it can show me on subsequent laps where I could be turning in earlier or later or going faster. Which it starts doing.

The fastest corner at Thruxton is called Church. It’s probably the most exciting corner of any track in this country, with the possible exception of Fordwater at Goodwood. It’s flat in the Alpine. But, I wondered, what happens if I go through it at, say, 105mph, and the next lap my approach is slower but I’m slightly off line? Will the Catalyst tell me to go a bit quicker, because I’m going slower than the previous lap, or will it know that I am off line and wouldn’t be able to hold 105mph through the corner without running wide at the exit? I asked the boffins later, and apparently the Garmin does work that out.

After about a dozen laps, I’ve remembered the layout properly and have begun to enjoy myself. That’s always a worry. Sure enough, at one point, Hornsey calmly comments: “You’re going to run out of room.” Because he spotted my error early on, because the A110 is so well balanced and because, although I’m rusty, I have done a lot of this, a gentle lift was all that was needed. Miss Catalyst remained completely silent.

Later, back in the pits, we can look at my lines around the circuit and compare them with the ideal one. The Catalyst can also show you ‘opportunities’ for improvement, and that includes segments of video where you were quicker through a corner than before.

At £899, the Catalyst isn’t cheap. How useful it could be depends on its user’s level of experience and what they want to get out of track driving.

If I wanted to really improve my speed at Thruxton, I would spend my money on tuition from Hornsey or a similarly skilled instructor. I doubt that any amount of peering at the data on the Catalyst’s screen would make a huge difference.

However, I can see the appeal for those who are track-day addicts. The Catalyst adds an extra level of interest. And as Matt Prior wrote in an excellent recent column, a track day in a heavy fast car will burn up at least £899 in tyres.

Under the skin: How AI makes autonomous cars react like humans