BACK TO ALL NEWS
Currently reading: 90 years special: The history of Autocar's road test procedures
UP NEXT
New 2023 Porsche 911 GT3 RS is "most track-focused" ever

Our methodology has changed, but the goal has remained the same: to measure and record all of the data that matters
Open gallery
Close

The profile of a typical Autocar road tester has changed a great deal over nine decades – and in a way for which the current road test editor can only apologise.

There are currently no Le Mans-winning drivers or ex-Formula 1 competitors among our number. And editor-at-large Matt Prior’s ability to design high-output racing engines remains unproven – as far as we know.

For my part, barely a week goes by when I don’t expect the phone to ring offering a BTCC touring car drive in lieu of some poor unfortunate with an ingrowing toenail but, sadly, it never seems to happen. As any long-standing Autocar reader will doubtless have noticed, we are a shadow of the force of sheer brainpower, speed and ‘helmsmanship’ we once where. And I blame salary limitations.

I am, however, much less inclined to apologise for the many and various ways in which the devices and instruments of the Autocar road test have changed since 1928. While the approach, philosophy and aims of the road test remain very much the same today as ever, the nitty-gritty business of measuring and weighing, of strapping on equipment, of recording data and of speeding up, slowing down, climbing and cornering in the test cars to which we turn our attention has changed out of sight over the past 90 years. 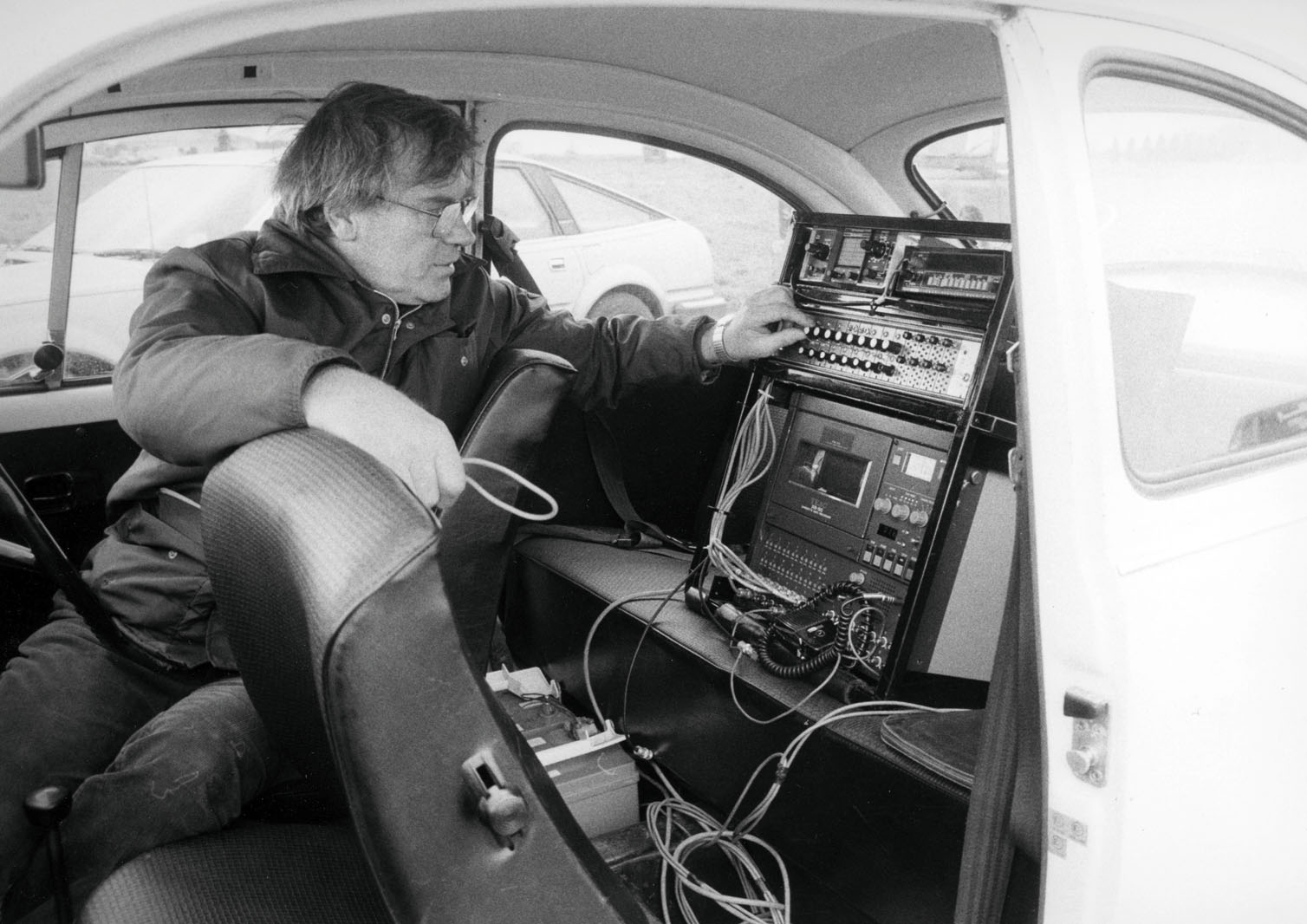 It has done so out of necessity, of course, as the cars this magazine has intended to assess have changed – and our expectations of them have changed likewise. The road tester’s toolkit has also changed quite a bit, in ways we’ll get on to – and which, in the process of researching this article, have made me very grateful indeed (a nod to the editor for that).

If we had presented this week’s road test on the McLaren Senna in the same format as the first of two tests in our 13 April 1928 issue, on the Austin Seven Gordon England Sunshine Saloon and the Wolseley 12-32hp, here’s what you’d have got. Among 14 paragraphs published in total on the Austin, only four concerned driving impressions: the rest were mostly descriptions of the car’s layout, body, roof and interior, and of the practicalities pertinent to the refilling of engine oil and adjustment of the handbrake. Exciting, eh?

In the ‘data for the driver’ panel of empirical test results, meanwhile (the sort that would come to define the road tester’s job), the only numbers that appeared were of maximum speed and maximum acceleration in each of the car’s three gears (47mph flat out in top), its average fuel consumption (42.4mpg) and its stopping distance from 25mph 9a full 48 feet in this case).

That was, of course, because the road test of the day had bigger fish to fry. This was a time when getting to your destination at all could be stymied by your car’s mechanical frailty, its inability to climb or even to start in the first place, or the meekness of its brakes. And so we learned that the little Austin “would hold 21mph in second on a gradient of 1 in 10”, and that “in first gear, it held plenty in hand on a gradient of 1 in 4, even on a slippery and rutty surface”. 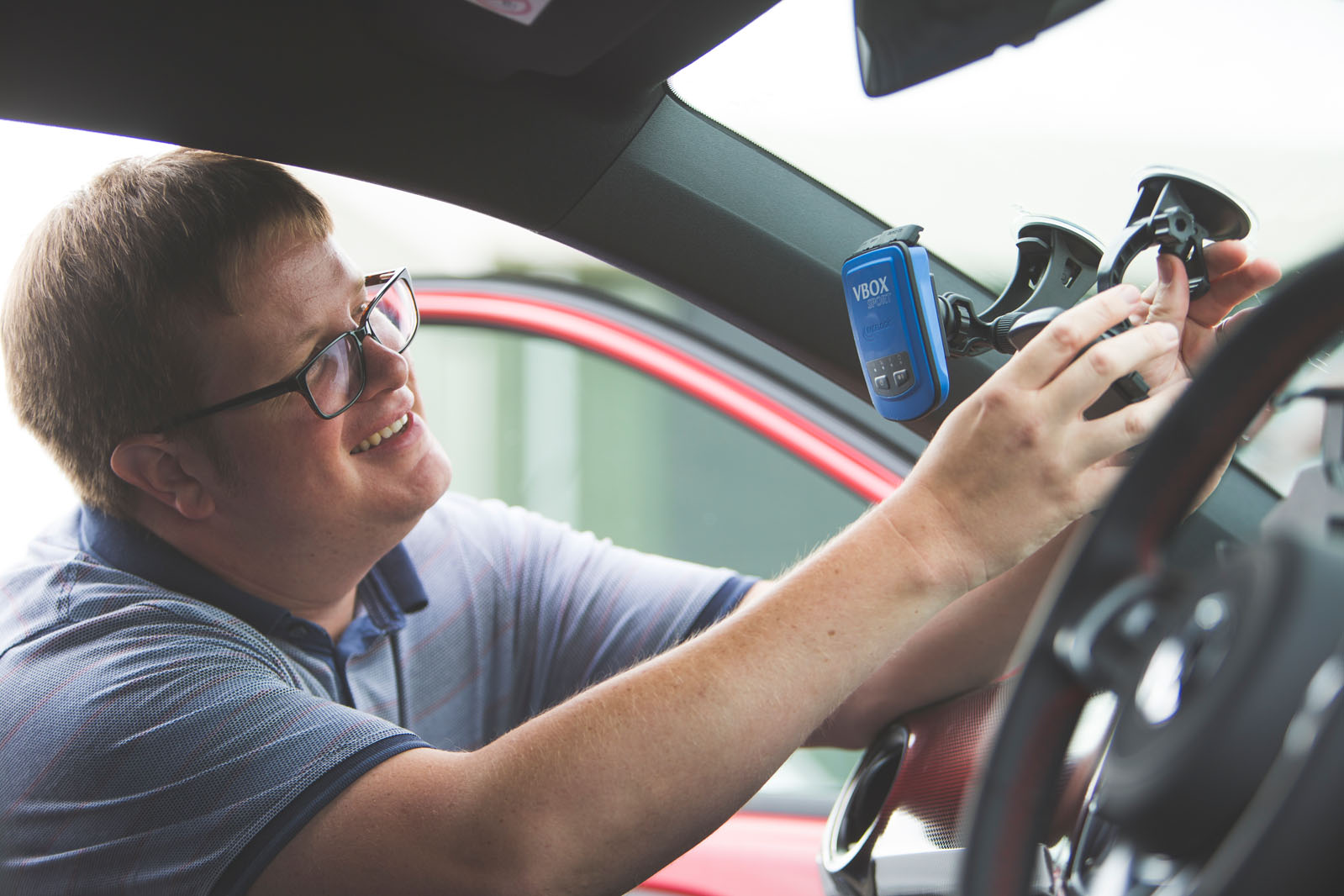 I reckon a McLaren Senna would “hold rather more in hand” on a steep hill. For the record, it’d probably climb a 1 in 4 gradient like an Exocet missile leaving a silo. Still, I can’t be sure, ’cos that’s no longer a part of the test.

And what of equipment? Autocar’s road test pioneers needed nothing more than a stopwatch, a measuring wheel (for recording turning circle and stopping distance) and a pencil to log the data they needed for their work. They also worked in pairs out of necessity, rather than for reasons of consistency as we do today.

In-gear speed maxima were timed over a measured distance and the car’s instruments duly calibrated. And although the number of stopwatches a co-driver might simultaneously operate rapidly grew in order that several accelerative increments could be timed at once (a set of four watches wouldn’t have been unknown in pre-war testing), it was decades before other testing apparatus started to have an impact on the road testing process.

Fast-forward 20 years to post-war times and there was some extra empirical detail appearing in the Autocar road test. Road test number 1359, on the Lea-Francis Sports Two-Seater (9 July 1948), contained both in-gear and through-gear 0-60mph-style acceleration test results, as well as maxima in gear. Interestingly, mention is made of an “electric speedometer” used to measure true speed and calibrate indicated speed for accuracy. So it’s clear that, by this time, auxiliary testing equipment is being used to streamline the testing process and improve the accuracy of test results – although further details of what this equipment might have consisted of is tricky to find. 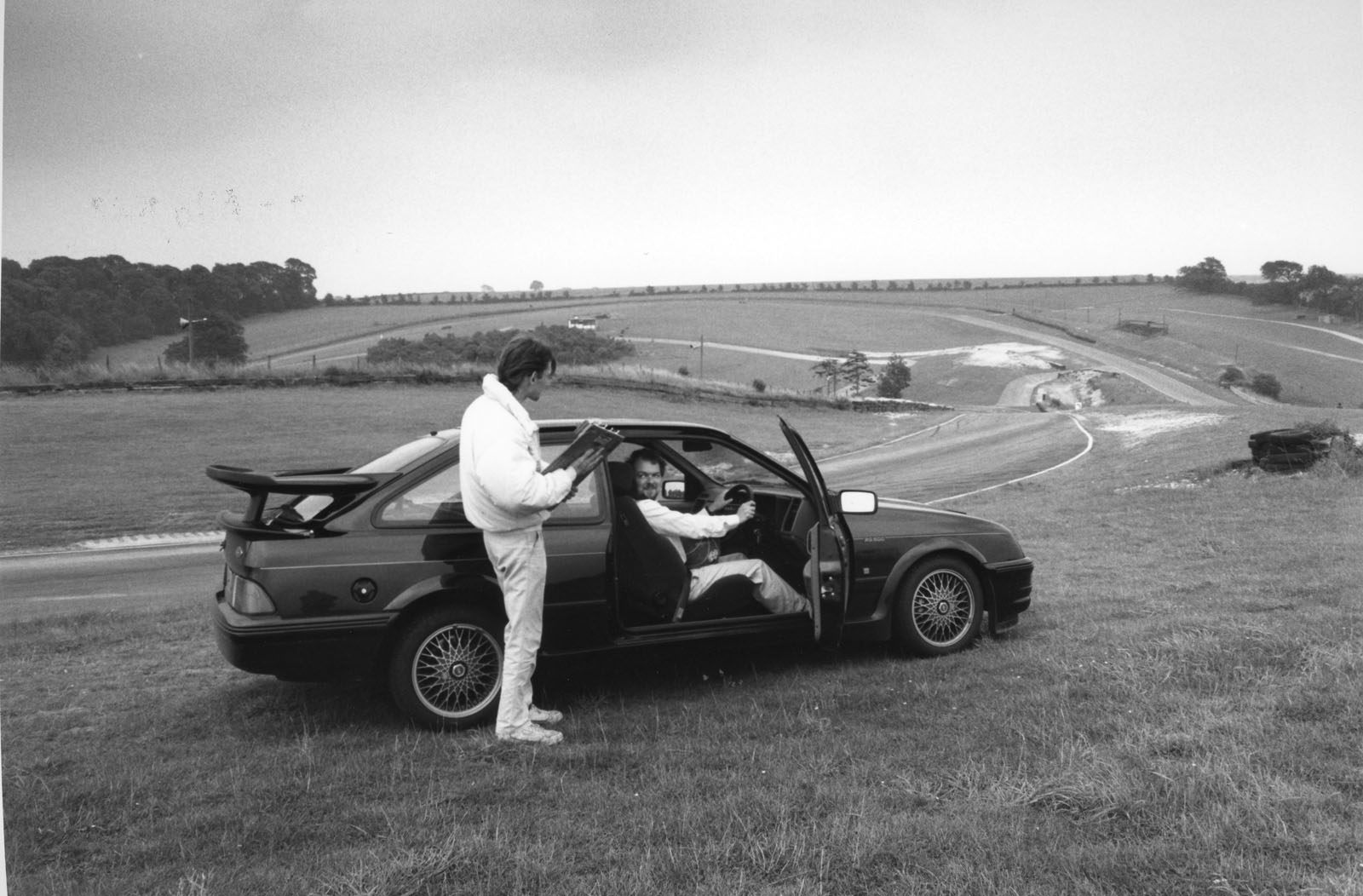 By the time we get into the 1960s, the collected test data of the Autocar road test has expanded to fill a full page, much as it does now – although the data itself is quite different from that which we record today.

The acceleration test results look familiar, but we also see the tractive effort (or longitudinal accelerative power) of a car’s engine being recorded via Tapley meter, fuel consumption being recorded at various steady cruising speeds using a flow meter inserted into the car’s fuel line, and more detail on braking performance than today’s Autocar readers might expect.

And so road test number 1760, on the Ford Galaxie saloon (5 February 1960), not only records the car’s stopping distance but also goes into some detail about exactly how quickly the car stops from 30mph when a load of 25lb is applied to the brake pedal (59 feet, in case you were wondering) and how much more quickly it stops from the same speed when 50lb is applied (38.2 feet).

The adoption of a brake pedal pressure sensor into the road tester’s toolkit would later allow this kind of braking data to be corralled into graphs used to gauge not only braking effort but also resistance to brake fade. This at a time when outright braking performance, braking durability and ease of use of the braking system was a much better way to tell a well-engineered car from a less well-engineered one than it is today. 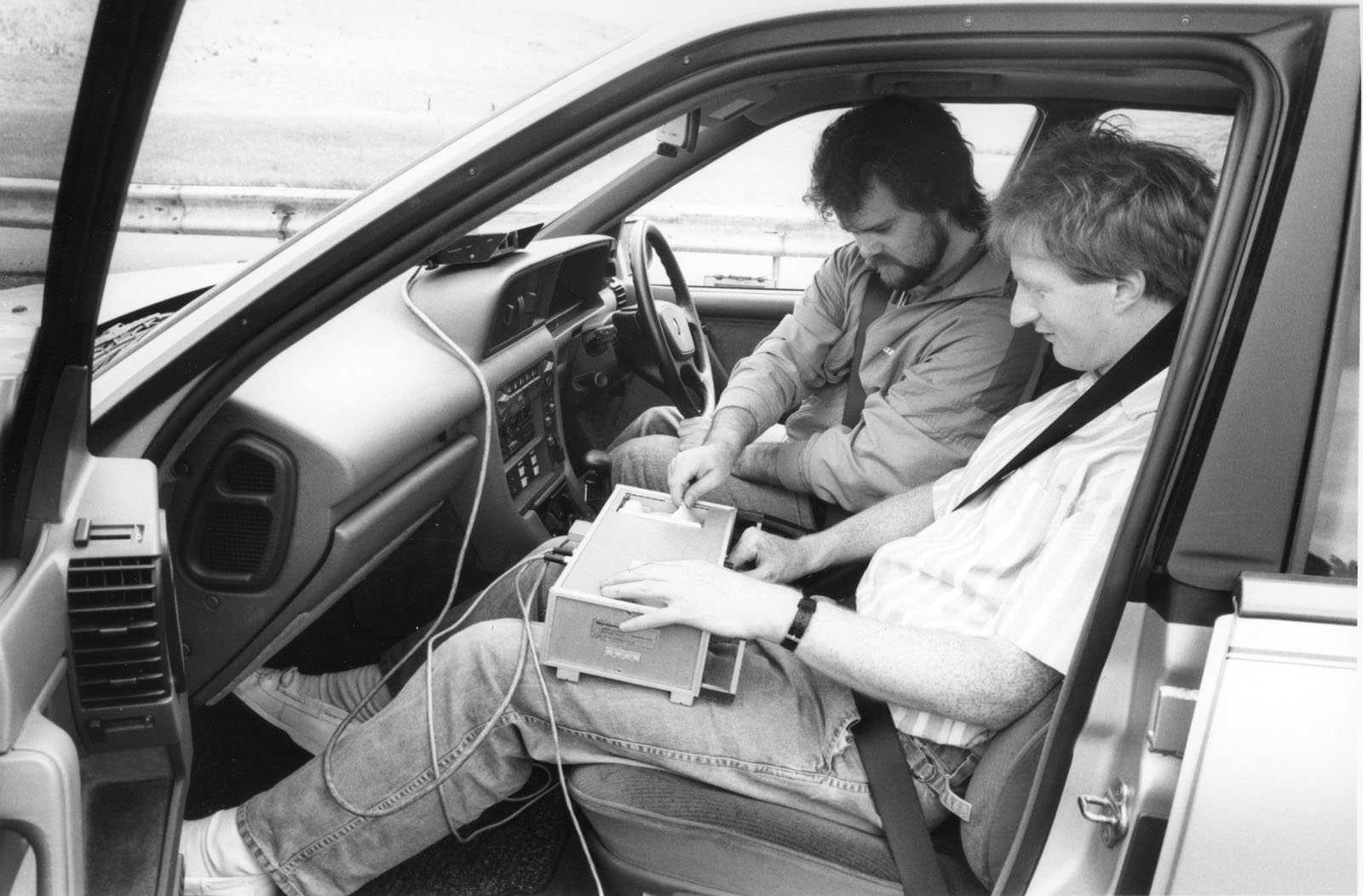 The rock star of the Autocar road tester’s toolkit, the infamous Fifth Wheel, came into service midway through the 1960s. I first found mention of it in our test of the Jensen Interceptor (5 January 1967, 0-60mph in 7.3sec). The device was exactly what you might imagine: a lightweight bicycle wheel mounted to an arm which was clamped to a test car’s rear bumper and with a speed sensor at its hub. Like the earlier electric speedometer, the Fifth Wheel have our testers of the time indication of true speed without needing calibration for every test. It stayed in service throughout the 1970s and into the ‘80s, when it developed to include a rudimentary recording system that would print out accelerative data as it was taken. But the Fifth Wheel had its limitations.

Testers reported that as car body designs changed, so it became harder and harder to attach. As steel bumpers went out of fashion, the equipment’s clamps were replaced by suckers – which didn’t prove nearly as dependable as a means of fixing an extra wheel to a fast-moving car. “Many’s the time the Fifth Wheel would become detached and damaged,” master road tester and regular Autocar contributor John Simister told me. “Often understandably because of time pressure, rarely would it be fixed by the culprit, but instead left for whoever needed it next to sort out.”

So what replaced the Fifth Wheel? By the 1980s, the digital age had well and truly dawned and, not long after Autocar was acquired by its current publisher, it became manifest in the road tester’s armoury in the boxy shape of the Datron Correvit: an optical sensor able to measure vehicle speed, angle and distance from the ground, attached to a computer. 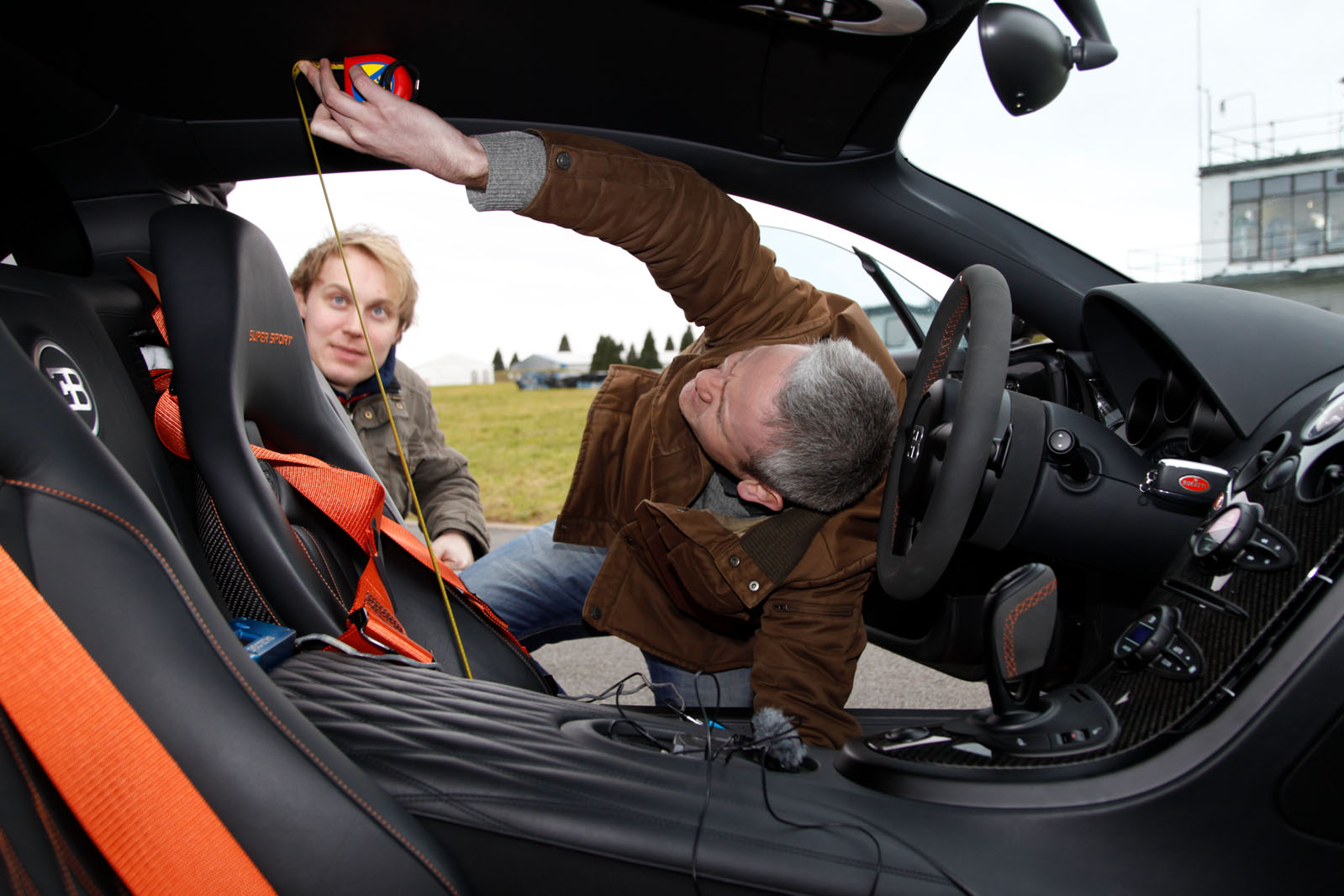 But the Correvit wasn’t lovingly received by its early operators. “After I joined the road test desk in 1988, the Correvit was the only testing apparatus I knew for the better part of a decade,” recalled former road test editor Andrew Frankel. “I hated it. It had to be mounted on the side of the car, between the axles, in order to remain at a constant distance from the ground – and so you couldn’t do maximum speed runs with it because it adversely affected drag.

It was useless in bad weather. And, to begin with at least, it required a disproportionate number of attempts at recording anything, and an awful lot of fiddling around with if you were the co-driver.” Frustration with the flaky Correvit eventually convinced our testers, in the early 1990s, to dabble with timing gear that attached to the test car’s wheel hubs – and it quickly proved as liable to become detached as ever the Fifth Wheel was. Then, from about 1996, satellit timing gear developed by UK firm Racelogic revolutionised the road testing regime. It proved reliable, relatively easy to use, accurate to within one centimetre per second and helpfully recorded data onto memory cards for detailed interrogation on computer later.

We’re still using satellite timing gear to record our performance data today, albeit packaged in a Vbox Sport device not much bigger than a deck of playing cards and which is networked to your smartphone via Bluetooth. Once, at a time not so long ago that yours truly can’t remember it first hand, that gear consisted of a network of blue boxes and digital displays powered by heavy batteries and connected by snaking cables. The kit used to be carried around in a hard blue carry case with which you could do a fine impression of someone on their way to deliver nuclear missile codes to a world leader, if ever the need arose. 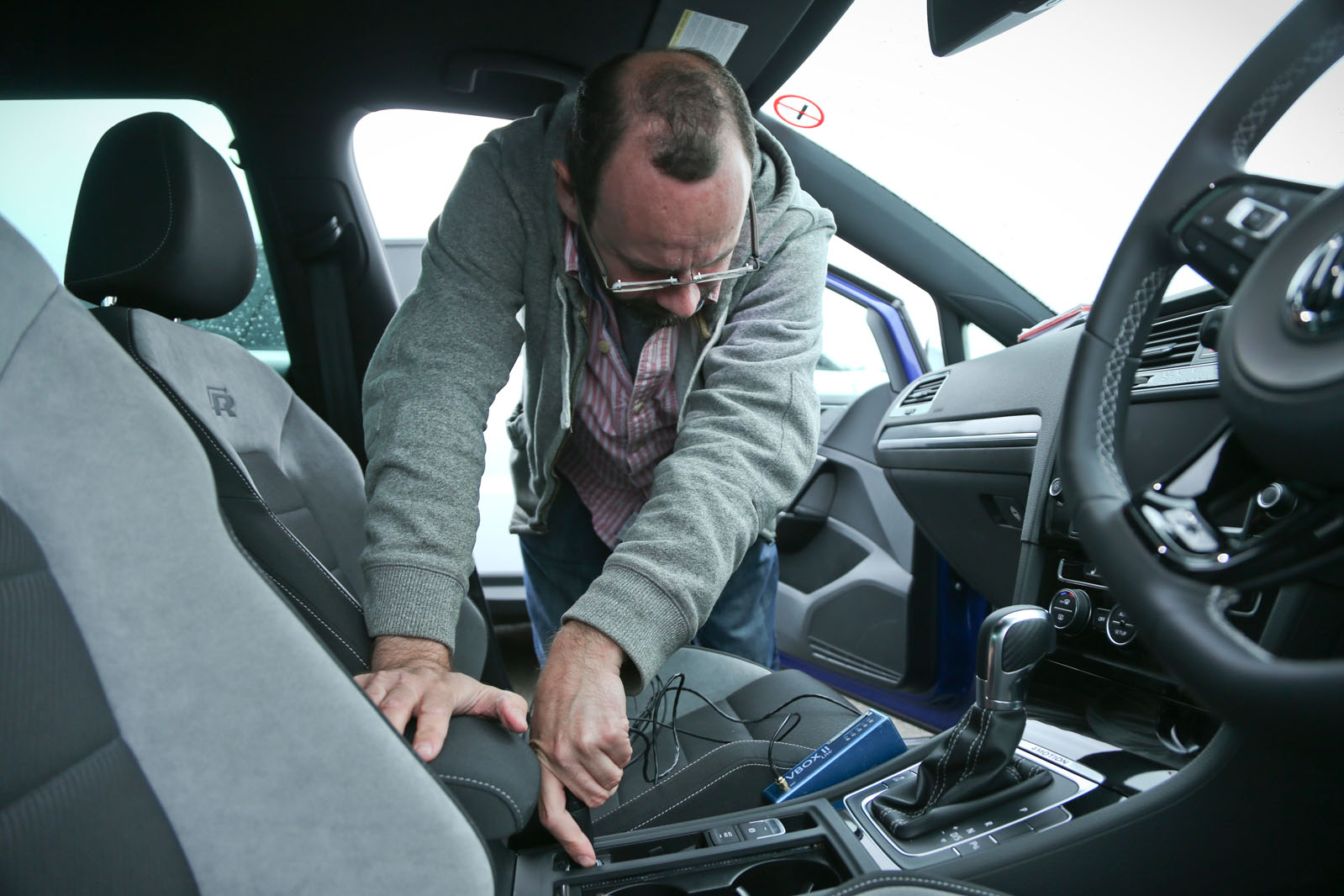 As for the road test, it expanded throughout the 1980s to include even more braking tests, with cabin noise tests t appearing around the same a time. It then adopted circuit lap times as benchmarks of lperformance cars, carried out on both wet and dry surfaces, in the middle of the previous decade. As the fastest cars in the world exceeded maximum speeds that we could practically verify on UK tracks, so we devised other ways to verify the outright scope, breadth and limits of their performance. And we like to think we’re still doing that, consistently and repeatably, better than anyone else.

Please publish all your tests in a massive multi-volume book. It would be one of the greatest, if not the very greatest car book ever!

yes, these 90yr bits of Autocar give us a little History of how things were done then and how far we’ve come now, also, if we remember most of it, we’re er getting old.

yes, these 90yr bits of Autocar give us a little History of how things were done then and how far we’ve come now, also, if we remember most of it, we’re er getting old.