BACK TO ALL NEWS
Currently reading: High-flyer finance: The man who lends cash to buy supercars
UP NEXT
2025 Volkswagen ID 1 is Spanish-built, £17,000 entry EV

High-flyer finance: The man who lends cash to buy supercars

When you can have any car you want, choosing it, having people searching the market for it and enquiring if what they’ve found is to your liking can be more pleasurable than actually owning it.

Welcome to the weird world of supercar buyers, for whom having a Ferrari, Lamborghini, McLaren or Porsche on their driveway can be an anti-climax. It’s why, when at last they find their perfect car and are committed to purchasing it, the dealer typically has just 48 hours to finalise the sale before their enthusiasm cools and buyer’s remorse takes hold.

Key to getting the customer’s signature on the deal is having the finance deal nailed down. Yes, even supercar buyers borrow money – but not because they’re strapped for cash. Instead, it’s because they know it’s not smart to invest in something that will only depreciate. They prefer to invest in things that are likely to yield a higher return than the interest they would be charged on a loan.

In any case, rich people typically don’t have loads of cash lying about; instead, their fortunes are tied up in companies and assets, in which case a portion of their profits can be used to finance a supercar.

Understanding the mindset of wealthy car buyers and their financing peculiarities is a speciality of Darren Selig, founder of JBR Capital, a firm that lends money to people wanting to buy supercars, luxury cars and classic cars.

JBR never lends less than £25,000, and the most expensive car it has loaned cash for is a McLaren F1 that cost £15 million. Since being founded in 2015, it has loaned £600m, and it currently has £150m of loans on its books. When a dealer rings to propose a customer during that 48-hour ‘golden window’, Selig and his colleagues are on it like a shot.

Selig’s decision to launch the business was prompted by what he saw as a great divide in the finance market. He says: “On the one side were highly automated, massmarket lenders geared to serving the average customer; and on the other, commercial lenders financing trucks and heavy machinery with a deeper understanding of their customers but no knowledge of the sort of cars they liked to drive. I saw an opportunity to plug this gap with a specialist lending service.”

In fact, so specialist is this service that a conventional lender would, in all likelihood, turn down a typical JBR customer on the grounds that their salary is insufficient to meet the loan repayments. 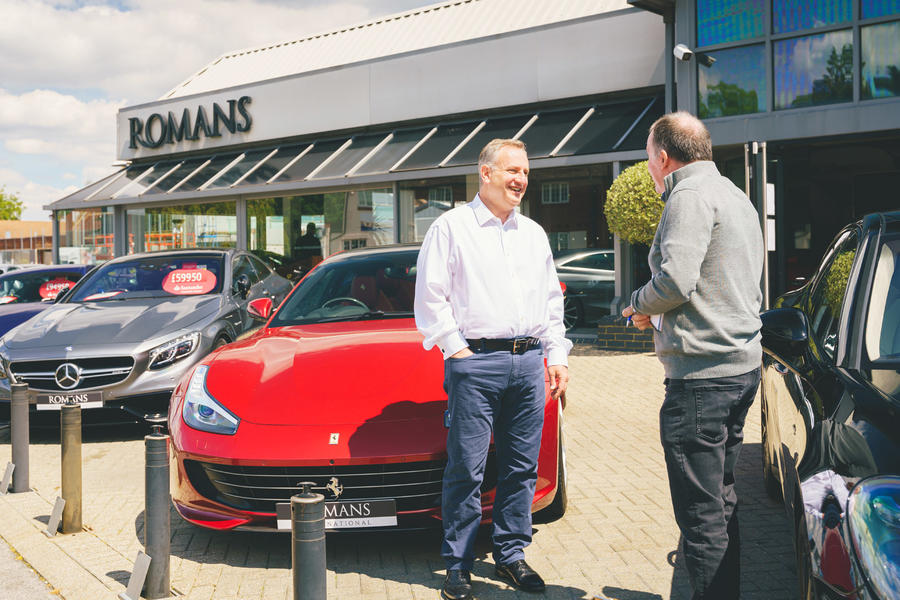 “Traditional lenders are just not set up to take account of some of our customers’ more complex financial arrangements, where salary is only part of the story,” says Selig, who trained as a chartered accountant and has a master’s degree in engineering.

I’ve met him at Romans International, a luxury and supercar dealer based in Surrey. A Ferrari LaFerrari is an arm’s length away from my perch on the showroom sofa, and in front of it is a Porsche 918 Spyder, a pair of Ferrari SF90 Stradales and a McLaren Senna. Seeing these and all the other uber-expensive cars on the forecourt, it’s hard to believe we’re in the midst of a supercar drought, as Selig claims.

“In my 20 years financing cars, I’ve never seen the level of demand we’re experiencing now,” he says. “Applications for our finance are running 50% higher than our highest peak in the past six years. The market is overheated and cars are in short supply.”

Reasons for this, he says, include people rushing to spoil themselves after the restrictions of the past 16 months and the fact that while many people have suffered during the pandemic, quite a few have actually increased their fortunes.

At the same time, the ongoing global shortage of semiconductor computer chips has stalled deliveries of new models, forcing buyers to consider nearly new cars instead.

“You will wait nine months for some new versions of Porsche 911,” he says, “while the £30,000 discount that was available on a new Rolls-Royce Cullinan a few months ago has evaporated. Dealers are fighting over the best used cars and prices are rising. My fear is that premiums will begin creeping in, which is when people start paying more for cars than they’re worth.”

JBR's most popular arrangement is a lease purchase deal – a form of hire purchase but with a balloon (or deferred) payment. The value of the balloon, which is calculated at the start of the deal, can’t be more than the car is likely to be worth at the end of it, because unless the customer intends to pay it to own the car, it’s settled using the proceeds from the car’s sale. “Ideally, a customer will have some equity to put towards their next deposit,” says Selig. 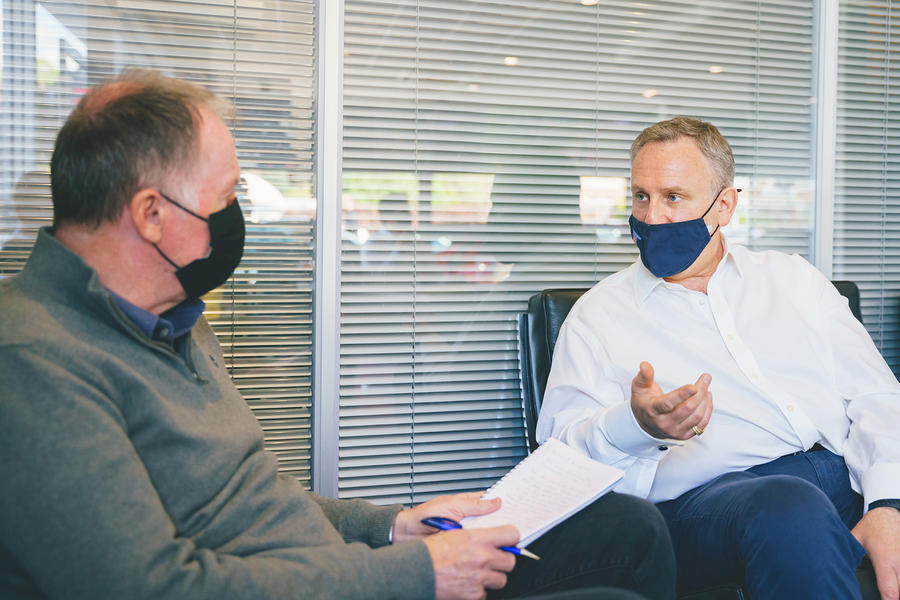 Depending on the value of the car and the customer’s net worth, JBR offers either regulated or non-regulated finance agreements. By law, the former offers a higher level of consumer protection while, in the rare event that a customer defaults, the latter allows the firm to repossess an expensive car more easily.

The vast majority of reviews the company attracts are positive, but some less favourable ones concern customers who claim that they were offered unregulated loans without realising it. Selig denies that JBR has ever done this and claims, bluntly, that these reviews have been posted by “people in constant arrears or who are fraudsters”.

Other reviewers claim that JBR turned a blind eye when their car went wrong. This is a serious charge, since the customer’s contract is with not the selling dealer but JBR, which keeps the car’s title until it’s paid for. In response, Selig says that he has a department dedicated to resolving disputes and that, if necessary, it will arrange to have a faulty car inspected by a third party. “We’ve had difficult conversations with dealers who need to do the right thing by our customers,” he says, before adding: “However, there are people who suffer buyer’s remorse…”

Ah yes, buyer's remose... that moment the head overrules the heart and the supercar dream starts to look a lot less rosy. Still, it must be nice while it lasts.

How to buy a supercar: Autocar's expert guide

Jason_recliner@, So, what do you think of Scotty5 opinion?, lighten up man, have cool one,it's not how you live your life, is it?

Instead, it’s because they know it’s not smart to invest in something that will only depreciate.

I've heard this so many times and it's something those who really cannot afford the goods they buy use as an excuse. Perhaps they really think they can afford the goods? They might be able to afford the finance, but they can't afford the goods. So many peopl I see drive around in new £30k plus cars and they con't afford an ink cartridge for their printer! A fancy house and a smart suit changes nothing, they still can't afford it.

They prefer to invest in things that are likely to yield a higher return than the interest they would be charged on a loan.

And it takes only one sentance to rubbish what was said above. So the alternative is to pay money for something they'll see absolutely no return on? Yeh, very smart.

What's actually being said is someone who has a fixed amount of money prefer to use that money to buy something that hopefully they'll see a return on, such as a house. Fine, I do not have any problem with that at all. But if they've used their money to buy a house, then it stands to reason they've no money left to buy that Ferrari - in other words they can't afford it. They obviously can fool others but they're not fooling me.

Last people in the world to give advice on car buying are those who never buy cars and those who sell the finance products.