Nissan is marking 35 years of production at its Sunderland factory with a one-off electric version of the first car it built there: the Bluebird.

The Bluebird – which was succeeded by the Primera and then the Qashqai – entered production in summer 1986. It was the first in a long line of UK-built Nissan models that includes the Micra, Almera, Note and Juke, plus premium offshoot Infinti's Q30 and QX30.

Today, the site builds the Qashqai and Juke alongside the Leaf, which supplies the electric drivetrain and battery for the commemorative one-off Bluebird.

Called the Newbird, it has been heavily modified to accommodate the Leaf's innards. The engine and gearbox make way for a 150bhp electric motor that drives the front wheels, giving a 0-62mph time of just under 15sec.

Modifications have been made to the power steering, brakes and heating system to enable them to run without an internal combustion engine.

The entry-level Leaf's 40kWh battery is carried over, too. The modules are split between the engine bay and boot for optimised weight distribution, although the suspension has still been upgraded to account for the added heft. 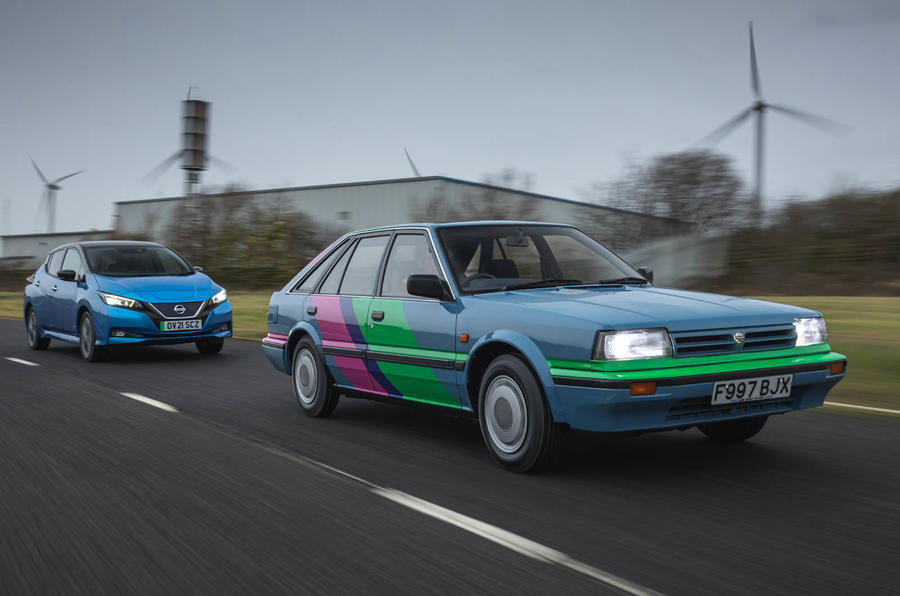 The battery can be charged at rates of up to 6.6kW (via a charging port underneath the original fuel flap) and is said to offer a range of around 130 miles.

Apart from the charging port, an illuminated front badge and new EV-specific gauges, the Newbird is visually unaltered over the original car. It wears a 1980s-inspired livery inspired by contemporary consumer technology.

The conversion was carried out by Kinghorn Electric Vehicles, based near Sunderland, which specialises in converting classic cars to electric power.

Company boss George Kinghorn explained why the Bluebird was worthy of celebration: "When Nissan opened the Sunderland factory, it gave the North East a big economic boost. The Bluebird was first off the line, so it represents the start of that optimism, progress and global industrial footprint that has continued to this day.” 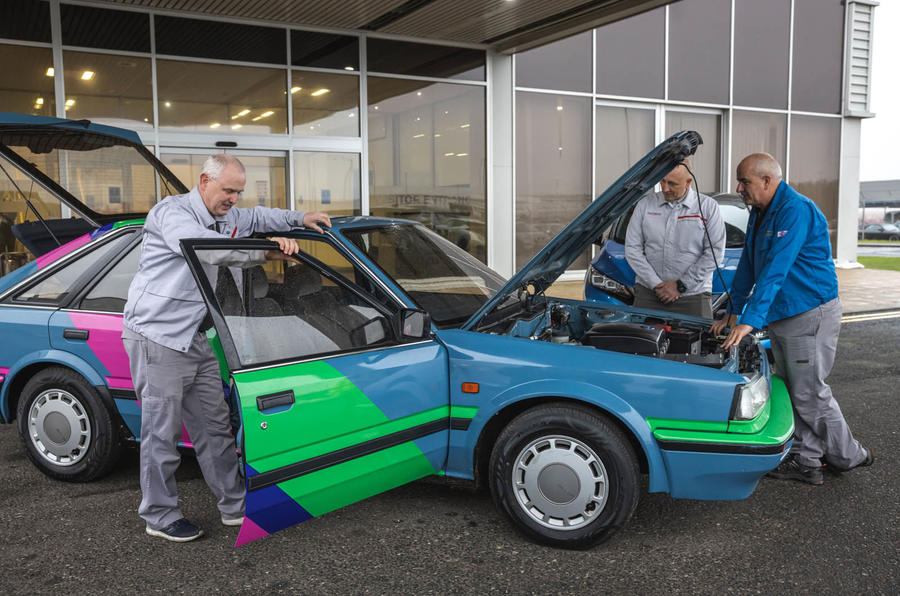 Sunderland has produced more than 10.5 million cars since it opened 35 years ago and now employs some 6000 people – 19 of whom, Nissan says, have been there since day one.

The plant continues to be crucial to Nissan's global operations and will become an EV production hub in the coming years as part of the Japanese firm's EV36Zero strategy.

The Leaf will bow out of production in around 2024 or 2025, to be replaced by an electric crossover previewed by the recently revealed Chill-Out concept.

Log in or register to post comments
Commenter 17 December 2021
There is no reason why this could not be a Sunderland pitch to build the Renault austral, when you factor that the British bluebird is a rebadged Nissan auster
martin_66 16 December 2021
I used to love the Bluebird - my dad had two of them, they were well made, spacious, practical cars that were surprisingly good to drive.

This, though, is utterly pointless. A terrible advert for Kinghorn. They have taken an ancient car and created something with no boot space and slower acceleration than the QE2. It begs the obvious question - why?

I thought this was a wind up? As in a joke, not a key and spring related power supply.

The paintwork has a distinct Banger race look about it.

Good publicity for Kinghorn but seems like a big missed opportunity to show innovative conversion skills where batteries are hidden. The Bluebird has a very large boot which is now lost.