BACK TO ALL NEWS
Currently reading: Autocar confidential: JLR could benefit from Brexit, Audi won't extend range forever and more...
UP NEXT
Testing the UK's newest circuit in a Porsche Cayenne Turbo GT

In this week's motoring gossip bulletin, we learn that Seat's got big expansion plans, Brexit might not be all bad for Jaguar Land Rover, Volvo's pushing onwards with diesel technology and more.

From Barcelona to Beijing

Seat will launch its cars in China in 2021, design boss Alejandro Mesonero-Romanos confirmed to Autocar. However, there are no plans to launch its Cupra performance brand there. China has quickly become an automotive powerhouse and is expected to be responsible for 30% of global car sales by 2030. Sibling brand Volkswagen already leads the Chinese market, accounting for a 10th of total sales.

An import-ant advantage for JLR

Jaguar Land Rover could have a home advantage over rivals if tariffs on cars built outside the UK are introduced in a hard Brexit, according to product planning manager Wayne Darley. “If there is a tariff situation, we will be ahead with our British-built cars such as the Jaguar XE and Jaguar XF, making them cheaper than rivals – and securing British manufacturing,” he said. 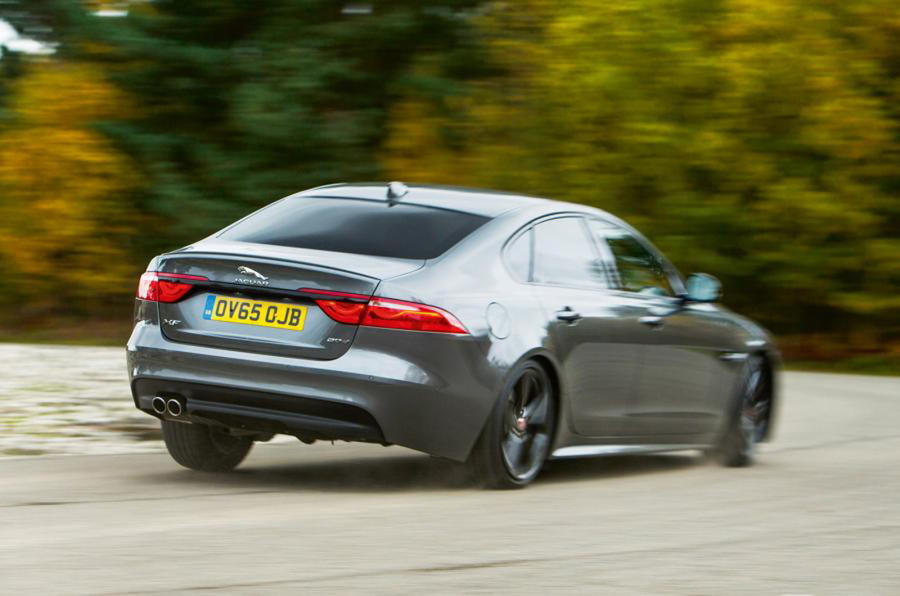 Diesel remains an important part of Volvo’s portfolio, said Europe boss Lex Kerssemakers, even though it won’t be developing a new diesel engine. He said: “We are launching the next-generation diesel in June. They normally last three to four years. So perhaps in five or six years, we will not offer diesel any more.” In the UK, diesel accounts for 50% of Volvo sales.

Audi will be top of the range

Audi is not planning to continually increase the range of its future electric models, according to powertrain boss Siegfried Pint said: “There will be a limit for range development. I don’t think it makes sense to implement a 600-mile range. There will be a customer and technical driven sweet spot in future.” The newly launched Audi E-tron offers 249 miles of range.

Analysis: how Volkswagen is conquering China​

Tariffs are taxes by another

Tariffs are taxes by another name.  The only way tariffs are good is that it forces a company to look at buying in parts from its home country rather than seeking them abroad where they'd be subject to the tax.  This is what the EU tariff/taxes are ALL about!  So if JLR currently buy seats from a company in Spain, having tariffs applied might make them look at seat suppliers in Birmingham, instead.  So that's good.  This is why the EU is protectionist and pro-business to the detriment of the consumer (Remainers have never understood this).  Tariffs/taxes on goods being brought in isn't a good thing, it's a bad one...for that country's consumers.  So the EU trading amongst itself only benefits the businesses within those EU countries.  The people (consumers) are coerced into buying goods that are 'insular' because they are cheaper, yes, but not better.  The taxes that are collected on goods brought in are redistributed in a socialist way (actually, a lot of them simply go to pay for EU bureaucracy and massively over-inflated pensions of the people who run it!).  It's FREE TRADE that you want - you don't impose taxes on goods being brought in, and neither do other countries.  That way, the consumer gets choice AND best value.  But the EU won't allow that, as it's against their socialist values.  That's why a no-deal is so good! (and yet is being painted as a bad thing).  No-deal means we can do what WE want.  If the EU wants to go about their socialist taxing system, let them, it only harms their own consumers!  Despite what you hear, we don't want any customs union or single market nonsense, we want to do what WE want that is in OUR best interests.  Sometimes, the two will overlap, and what the EU may be doing will be good.  But having no deal means WE can decide, not the EU.

So again then, for those that fail to understand:

The EU allows Britain to keep £20.

The remaining £80 goes direct (from your wallet) to the EU - to be spent on Romania, Estonia, Latvia, road schemes in Italy (lots of concrete to hide things in), Spanish crazy golf parks, etc. Oh, and pension schemes - £7 billion of the £39 billion we're expected to give them will on the EU's massively generous pensions.  Happy about that?  Here's some more, then:

OK what's going on?  It's been Brexit bashing at every opportunity from the day we voted to leave the UK but over the last 24hr two articles appear - 1: Not only how the Mini annual production stoppage that was brought forward could be attributed to BMW building a new model in the West Midlands but that 1000 job cuts were delivered to the Mini production facility IN THE NETHERLANDS !  ( I thought the UK had the monopoly of car production job losses rather than the EU ? )  and 2:  today we have why Brexit might not be bad for JLR?

So why the sudden change in attitude? Is there a reporting ban on Mike Hawes?

...from the day we voted to leave the UK

I of course meant the EU.

If there has been a recent change of views at Autocar, does that mean we might get an edit facility for these comments section?

Still not there yet

It seems that Audi are looking to a range of around 500 miles eventually. So anyone buying an e-tron now with a range of 250 miles will take a big hit from depreciation in a couple of years...
Citytiger 12 March 2019

It seems that Audi are looking to a range of around 500 miles eventually. So anyone buying an e-tron now with a range of 250 miles will take a big hit from depreciation in a couple of years...

I wouldnt trust a word that comes out of the VAG propaganda machine..