BACK TO ALL NEWS
Currently reading: Mercedes-Benz to launch A250e plug-in hybrid hatchback
UP NEXT
Future BMW M3 to be ‘groundbreaking’ EV with traditional feel

Mercedes-Benz is preparing to launch a new petrol-electric variant of the new fourth-generation Mercedes-Benz A-Class boasting a pure electric range of over 37 miles, as part of its growing range of EQ plug-in hybrid models.

The A250e retains the turbocharged 1.3-litre petrol engine already used by the A200, in which it develops 158bhp and 148lb ft. This is supported by a gearbox-mounted electric motor that delivers 101bhp and up to 221lb ft: Mercedes-Benz insiders suggest the setup provides similar performance to the existing A250. 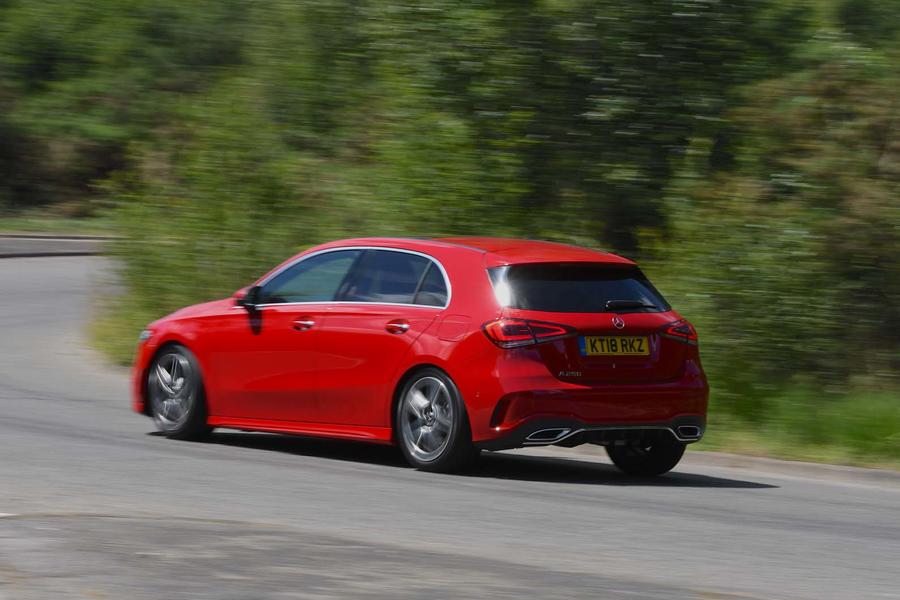 The gearbox used by the A250e is expected to be the new eight-speed unit already confirmed for a number of new Mercedes-Benz compact models, including the recently unveiled GLB. It will be uniquely calibrated to withstand the high torque loads achieved by the new petrol-electric driveline.

The electric motor takes it power from a 15kWh lithium-ion battery. Considerably larger in capacity than the 9.7kWh unit used by the BMW 225e Active Tourer, or the 8.7kWh battery employed by the Volkswagen Golf GTE, it is claimed to provide the A250e with an electric range of over 37 miles in its most efficient driving mode, as measured on the WLTP combined cycle.

As the power electrics for the electric motor take up much of the space beneath the luggage compartment floor, Mercedes-Benz has re-engineered the A-class to allow the hybrid battery to be mounted underneath its rear seat. It will sit next to the A250e’s fuel tank, which has been reduced in size from a standard 45-litres in the A200 to 35-litres.

Further modifications have been made to the rear suspension of the A-class to help package the 120kg lithium-ion battery, which is assembled at Mercedes-Benz’s daughter company Deutsche Accumotive in Germany. Power cells are supplied by Korean company LG Chem.

The A250e is expected to support DC charging at up to 22kW, though details pertaining to charge times are not likely to be revealed until closer to its planned unveiling at the Frankfurt motor show in September.

As well as featuring in the A250e, Mercedes-Benz’s latest petrol-electric plug-in drivetrain is also planned to appear in upcoming B250e, CLA250e and GLB250e models.

Why so inefficient? That's 2.2miles per kW. With a base LEAF you could expect 150 miles from 40kW, that near 3.75 miles per kW.  German or PHEV inefficiency?

Similar-ish precedents for this a few years ago, when C02 was the target. Quite a few cars were rated 121-122g/km, which put up car tax rates by a factor of over 3, compared to those 120g/km and below.

I'm sure that this is engineered to exacting standards, but there's something about having a 120kg battery next to 35 litres of fuel that sits uneasily with me, especially on a 30*C day like today. I mean, what coud possibly go wrong? Nothing , hopefully. Are all hybrids similarly laid out?

I've been using a hybrid BMW 225ex and it's set up similarly, a 3 cylinder turbo up front, and an electric engine in the back, although in this case each moves its own axle, creating a virtual 4 wheel drive when both work together. It's very effortless and plenty powerful, and if your urban commute stays within the battery range, very cheap to run