BACK TO ALL NEWS
Currently reading: Mazda Skyactiv-X engine range to gain plug-in hybrid variant from 2021
UP NEXT
Hidden gems: A peak behind the scenes at Beaulieu

Mazda pledged that its next generation of petrol-engine vehicles will be cleaner than electric cars due to the use of efficiency-boosting compression ignition technology - and it'll boost that promise in 2021, when a plug-in hybrid (PHEV) drivetrain will join the range.

The PHEV system will be the last of the planned drivetrains to be added to the Skyactiv-X range. The first to arrive will be the new petrol engines, which will replace the current Skyactiv-G units in 2019. These engines use compression ignition technology that has previously only been used in diesel engines. Mazda claims they are 30% more efficient than its current petrol units, matching or even improving on the brand’s Skyactiv-D diesel engine range.

Alongside the launch of these groundbreaking petrol units, the Japanese brand will add mild hybrid and full electric drivetrains to its line-up in 2019. The latter will be available in pure battery EV form or with a range extender engine. The technology will be shared with Toyota, which Mazda has recently teamed up with for research and development. The next Mazda 3 will also arrive in 2019, suggesting it could be an early benefiter of the new powertrains.

Interestingly, despite the zero tailpipe emissions of electric vehicles, Mazda claims that its Skyactiv-X engines will actually be the cleanest power sources in its range. Mazda said they'll produce lower carbon dioxide emissions than electric powertrains from a 'well-to-wheel' perspective - which accounts for the whole life cycle of a vehicle and the fuel needed to power it. The company has been developing the new engine technology for several years, as first reported by Autocar in 2014.

Compression ignition technology has not yet been used on a mass production scale in petrol engines. The system, labelled Spark Controlled Compression Ignition, mixes petrol and air together in the engine’s cylinder like a regular spark ignition engine, but then ignites it using compression at lower load or with a spark at higher loads. This means around half the volume of petrol is required for the same combustion level across most of the rev range. 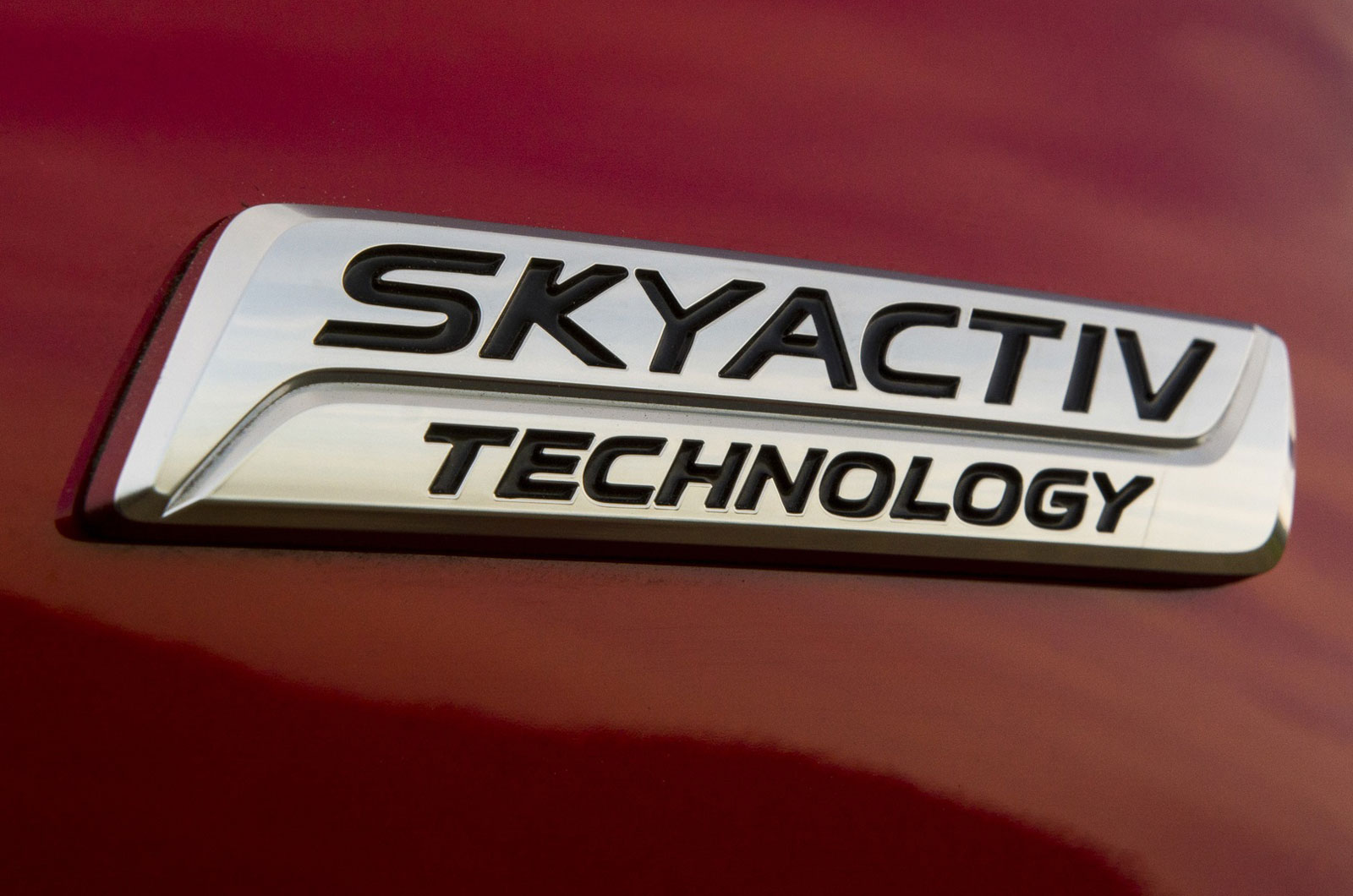 Mazda director Kiyoshi Fujiwara, who has oversight of the firm's R&D programme, explained that this “very lean air-fuel mixture that is too lean to combust by spark ignition [alone] can combust by this method cleanly and rapidly”. He added that this enables "better thermal efficiency, improved fuel economy and lower nitrogen oxide emissions". Other benefits include higher efficiency across a wider range of revs, thus improving engine responses and performance.

The company has pursued this technology because it believes spark ignition technology is reaching its peak. Mazda also argues that while electric technology produces no emissions from a car's tailpipe, it is yet to represent a truly sustainable option on a global scale because much of the world’s electricity grids are still powered by fossil fuels.

The company will begin introducing electric technology into its range from 2019, but has stated that it will focus sales of these models in regions where sustainable energy is produced. It will continue to invest heavily in petrol technology beyond this point, citing a continued growth of combustion engine demand in other regions, such as developing economies.

If countries around the world follw through with their plans to ban sales of petrol and diesel vehicles, it won't really matter how efficient this new engine is. Equally, when the oil runs out, it won't be much use. So it can only be a stopgap solution I presume. But that may be all Mazda need for now. I read they are sharing technology with toyota, so they may be able to slot in a hybrid system without going to the trouble of developing it themselves. A hybrid of electric and this new engine could be interesting.

I wouldn't get hung up on the meaning of SkyActive, it covers multiple technologies design to deliver economy and emissions improvements. I like that Mazda don't feel they have to act like sheep and always follow other manufacturers leads. There's always another way. I'd love for them to get rotary engines working in a clean and sustainable way; they still may have a role as range extenders...
Deathkne11 9 August 2017

Even if electricity is generated solely from fossil fuels, the petrol put in these cars still needs to be extracted, transported, refined, transported and then pumped into those vehicles. All these steps consume more fossil fuel or electricity(generated from the same source).

My electric car consumes 40 miles/day at 400wh/mile = 16 kwh, which is less than the average daily energy produced by my solar panels....

Ditto for me. Average use20 kWh. Average solar geneation 75 kWh.