BACK TO ALL NEWS
Currently reading: Gordon Murray receives CBE for 'services to motoring'
UP NEXT
The BTCC racing hot shots with full-time day jobs

Murray, designer of the McLaren F1 and some of the most decorated Formula 1 cars of all time, presented with honour by Prince Charles
Close

Gordon Murray, automotive designer and engineer, has been presented with a CBE by Prince William in honour of his services to motoring.

The Duke of Cambridge, Prince William, today presented Murray with the Commander of the British Empire honour at Buckingham Palace in a ceremony which recognised his contributions made to motorsport and the automotive industry over 50 years.

Upon receiving the honour, Murray said: “Receiving a CBE from Prince William is one of the highlights of my life – right up there with Formula One World Championship wins or creating the world’s fastest production car.

“The Gordon Murray Group is about to embark on an exciting new chapter, with ground-breaking innovation once again driving our growth. Energised by this accolade I can’t wait to continue the journey, supported by a dedicated and hugely talented team.” 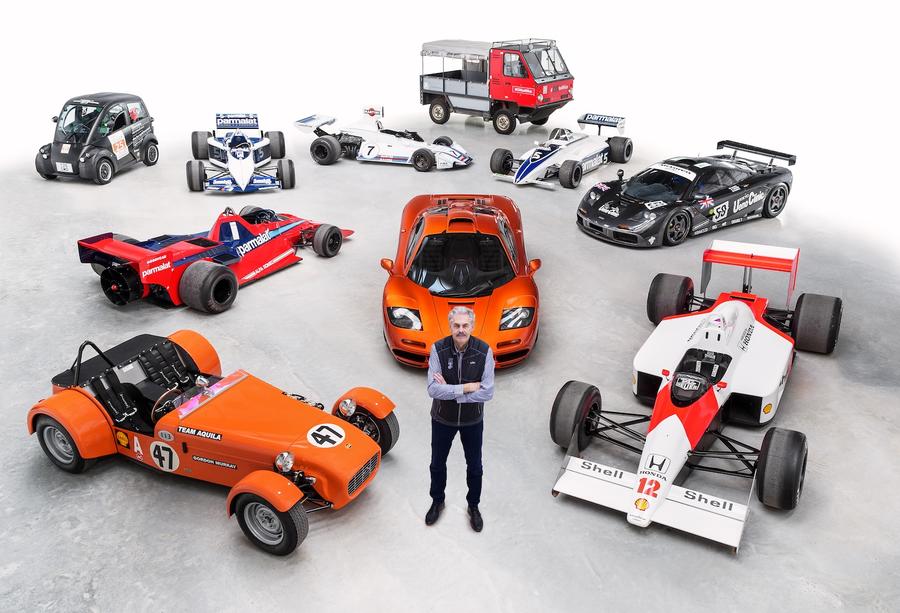 He also led the creation of the Mercedes-Benz SLR McLaren while, independently, driving forwards other projects such as the design of the Light Car Company Rocket.

In 2005 he established Gordon Murrary Design Ltd, a Surrey-based design and engineering consultancy which has had a hand in the new TVR Griffith, the OX commercial vehicle, Yamaha Motive-e and has also created iStream manufacturing technology.

Did he invent the cat's eye?  He had a major impact on this country's motorracing and supercar industries!

Silicon-valley is main purpose of sharing this blog and this is by all means is a perfect idea for all the readers. I just love the way some bid4papers ideas are converted to the new readers. This is a perfect blog.
russ13b 30 December 2018

really want to see the chassis of that 7!