BACK TO ALL NEWS
Currently reading: Bentley achieves another record year in 2021 with 30% growth
UP NEXT
New Range Rover PHEV brings 70-mile EV range for £103,485

Bentley achieves another record year in 2021 with 30% growth

Bentley recorded its second consecutive year of record sales in 2021, despite the lingering impact of the coronavirus pandemic and the ongoing semiconductor shortage.

Bentley has attributed the growth to new model introductions and demand for its new hybrid variants. It launched 11 new derivatives last year, including the 650bhp Continental GT Speed.

The Bentayga SUV, which is now offered with a hybrid powertrain, was Bentley's best-selling car and had its most successful year. One in five Bentayga sales – which made up 40% of Bentley orders overall – were hybrids.

The Continental GT, meanwhile, accounted for 33% of the firm’s sales figures, split 60% coupé and 40% convertible. The closely related Flying Spur put in a strong performance in its first full year on sale, making up 27% of sales. Bentley expects the model to bring further success in 2022 with the introduction of a new hybrid variant.

Adrian Hallmark, Bentley chairman and CEO, said: “This is our second record sales year in successive years and is a positive sign of our brand strength, operational excellence, strong global demand and affirmation of our strategic priorities. 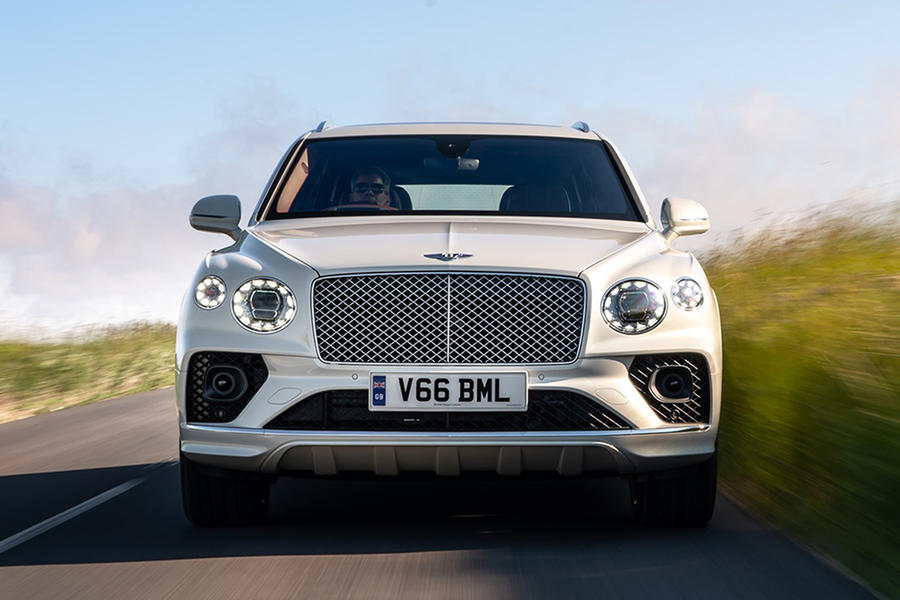 “The reaction to the market introduction of the Bentayga Hybrid and anticipation for Flying Spur Hybrid demonstrate the path the luxury sector is heading, and we are positioned firmly at the forefront.”

All markets achieved double-digit growth, with record sales in the US and China. Bentley sold 1328 cars in the UK - its home market - for an increase of 14% compared with 2020.

The US remains Bentley’s number one market, where it sold 4212 units. The Chinese market grew the most – a 40% increase, with sales of 4033 cars.

Europe took delivery of 2520 cars - an increase of 15%, with sales split almost evenly across the Bentley model line-up.

“These numbers are validation that we not only lead the sector in sales and market share, but also investment in electric technologies and commitment to being the first fully electrified and zero-carbon luxury car company in the world,” Hallmark said.