BACK TO ALL NEWS
Currently reading: Analysis: What does the digital future of car sales look like?
UP NEXT
2025 Volkswagen ID 1 is Spanish-built, £17,000 entry EV

Analysis: What does the digital future of car sales look like?

Your app pings: you’re next up at the ‘smart bar’. You finish your coffee and saunter over, feeling slightly smug you’ve jumped the queue of people who turned up on spec. You stare at a guy at the next table miming the actions of a rally driver, until you realise he’s wearing VR goggles and is virtually test-driving the brand’s new car.

At the ‘bar’ you draw out your phone and open the app that mirrors the infotainment screen of your car parked in the shopping centre’s basement. A brand ‘scholar’ walks you through the latest update, indicating the extra range and new features. You agree to the terms and your car is updated via secure wi-fi. You leave, realising that you haven’t been pressured to spend any money.

This vision of the future of car retailing has been created from a range of expert views. Whether it will become reality is yet to be determined, but what’s clear is that our physical interaction with dealers is going to alter dramatically as car makers look to shake up an area of business that has resisted change for years.

Volvo first signalled it wanted a completely different approach in March, when it announced plans to switch sales to online-only by 2030 (also the date it will go electric-only). The Swedish brand said it wanted “transparent pricing” and promised to “radically simplify the process for signing up for an electric Volvo”.

Volvo made it clear, however, that buying online didn’t mean junking its existing physical showrooms. Even Tesla, that pioneer of the online car sale, has concluded that it can’t grow sales without also expanding the number of centres where buyers can interact with a car and speak to a human being. After toying with the idea of ditching stores altogether in 2019, Tesla said earlier this year it had expanded its European network by a third last year to 161, of which 25 are in the UK. 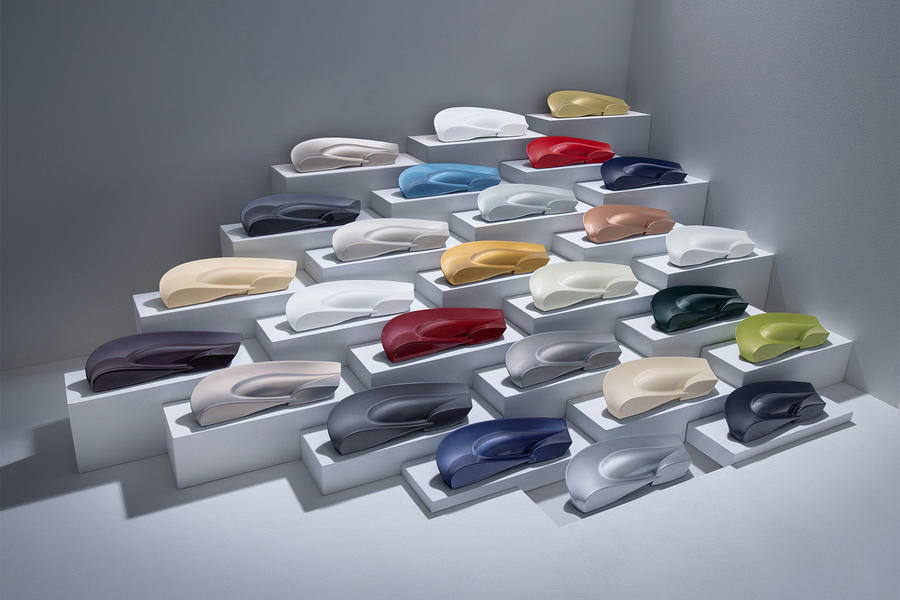 So there will be dealers, but how will they behave? Very differently, is the expectation. Volvo’s plan to move away from the current wholesale model to direct sales in effect shifts the burden on selling cars from the dealer to car maker, much like Tesla has. This so-called ‘agency’ model removes the ability of the dealer to set prices. Instead, the manufacturer dictates what you’ll pay and no haggling will be allowed. The dealer, or agent, instead gets a fixed fee.

It’s about time it changed, argues Steve Young, managing director of automotive retail analyst firm ICDP. “This industry is the only one that starts the conversation with the customer with a lie,” he says. “We start off by saying the car is £39,000, or whatever, and we both know that’s not the end game.”

Mercedes-Benz already uses direct sales in Sweden and Austria and already it’s having an impact on the atmosphere in showrooms. “You now find a different sort of person in a dealership there,” says Young. “The hard-driving sales guys have tended to move away from Mercedes because they’re not able to do the deals.” Instead, Mercedes dealers are attracting those with more of a hospitality industry outlook.

To properly say goodbye to the hard sell and haggling, you need a change of name. “Even the word ‘dealership’ tells you a deal is going to take place,” says Matthew Warrener, founder of automotive retail consultancy Auto Atai. “It tells you how to behave.”

Instead, dealerships are being rebranded as stores, but to earn that name change they’ll need to think like stores too, argues Warrener. He paints a fairly grim picture of the average showroom with its hard tile floors, understaffed parts desk, sad little ‘shop’ with branded mugs, and eager sales staff at a customers’ side within the mandated 63-second timeframe lest they escape.

Instead, car showrooms should behave more like shops, and Apple stores in particular. “They need that department store model, where customers can just walk in and browse,” Warrener says. “Service departments need to be seen like Apple Genius Bars. They solve problems, they’re knowledgeable, they create superfans.” You go for software updates that improve your car, but you’ll be told about chargeable upgrades if you ask.

Rather than the dealer ensnaring you at the end of a sales funnel, the store becomes “just another touchpoint”, says Francois de Bodinat, chief product officer for ZeroLight, a UK software firm that’s overhauling car maker websites and configurators to make them more user-friendly. “The idea is to say the customer is free to decide. They have the freedom to start at the dealer or online or Facebook or wherever,” he adds. 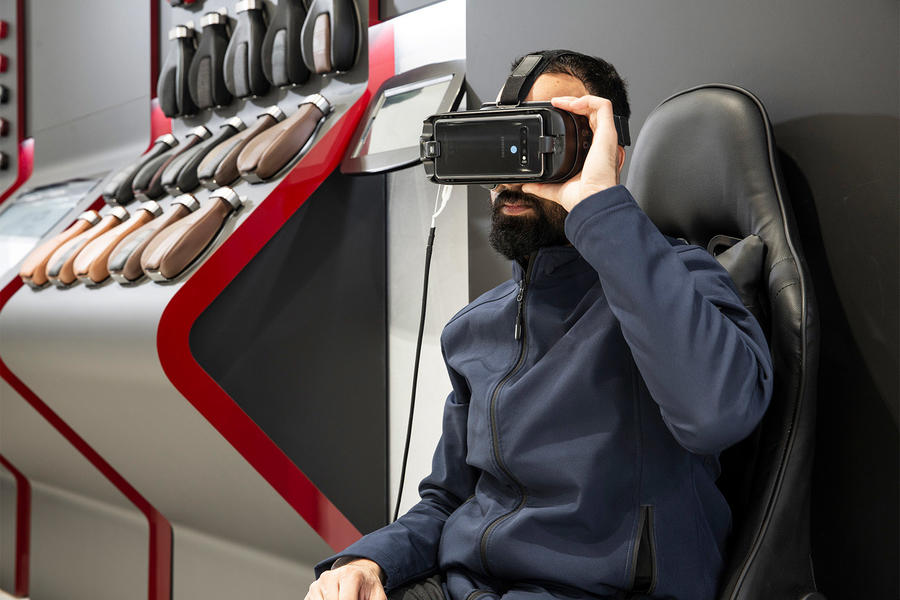 ZeroLight’s mission is to blur the line between real and virtual by using video games graphics technology to bring the car to life on screen, to the point that configuration is complete by the time the customer visits the showroom, if indeed they want to.

De Bodinat highlights the work his company has done with US electric start-up Lucid, which will be relying on a slick online configurator to sell its premium message until it builds up a retail network. Its few stores will feature VR goggles to allow customers to visualise sitting in the car and make spec changes, doing away with the need for a physical car in, for example, a cramped shopping centre location.

The whole point of the retail transformation is to save money, ICDP’s Young says: “Retail is broadly one third of the price of a car and has been for a long time. It’s a big supertanker to shift.” The sheer cost of electrification is forcing car makers to address this retail expense, with many reducing their networks and increasing the distance customers will have to travel from the industry standard of a maximum of 30 minutes.

Automakers are putting their retail network to work in different ways, for example by turning them into hubs for subscription models, whereby customers pay a higher fixed fee to change cars more often. Volkswagen, for example, will begin piloting subscriptions for the ID 3 and ID 4 electric cars this summer in Germany alongside the roll-out of online sales for both models.

In the UK Jaguar Land Rover offers all-in subscription leasing starting at £750 per month, with customers swapping cars every six months. French premium brand DS, meanwhile, has begun a rental service in the UK that allows customers to access a second car from £48 per day.

There is an air of unreality and headline-grabbing to some of these plans. Customers in the UK will for the most part go back to buying cars as normal once lockdown ends, haggling over a desk for that final £100 discount.

But car makers still need to remove cost. For online buying to work, though, customers will need a single, non-negotiable price, and in the meantime, cars are going to become ever more software dependent, with the attendant need to have that complexity explained by an expert. As cars get more expensive, says Warrener, the brands that succeed will be those who can use their retail network to convince customers their cars are worth the (now fixed) price. “If they get that right, then they’ll sell.”

Huge rise in online car sales to continue in 2021

Online car buying services: which brands have one?

This is my vision of hell.

Let's be honest this has nothing to do with giving customers what they want it is just about increasing profits for car companies (although I don't think it will actually work in the long term).

There have always been two types of car sales, trade (company cars and the like) and private. It has always been the responsibility of the private buyer to get as much discount from the list price as possible in order to avoid getting stung to pay for the large trade discount sales of the manufacturers looking to increase volume and hence maximise economies of scale.

At times, trade sales have been at up to 50% discount on list from the likes of Ford and Vauxhall while, with careful and diligent haggling, the private buyer has maybe been able to get 10-25% discounts. Those that don't haggle now, are  paying the vast majority of company car discounts and manufacturer profits.

Online selling with fixed pricing will only affect the private buyer, trade sales will still attract large volume discounts. It will also stiffen up used car prices for private buyers, so all avenues to cheaper motoring will be closed off, unless you are fortunate enough to have access to a company supplied vehicle.

This will effectively dissuade many private buyers from changing their cars (which may be to the good of the environment), leading to reduced sales volumes and limited used car supply. which will inevitably mean lower overall sales and fewer car manufacturers.