They’re like something out of a Mad Max movie, and as we discover, the artist behind them is just as unique and untamed
Share
Open gallery
Close
Share story

At 26 feet, it’s easily longer than a stretched Rolls-Royce Phantom, and weighing three tonnes, it’s heavier too. It’s powered by a rear mid-mounted Ford Coyote 5.0-litre V8 that breathes through 25 pipes and exhausts through 31, and which is topped by a giant tourbillon, an escapement device originating in watches and composed of moving gears in a rotating cage.

The frame of the vehicle is made from tubular stainless steel and the suspension components are fashioned from alloy. The elaborate tubing and casting work obscures the fact that much of what you see is functional.

Its two enormous front wheels feature mudguards created from pieces of cast steel arranged to look like a dragon’s scales. The open ‘cabin’ has seats for two passengers, one on each side of the driver, and behind them, two more. It’s called the Valyrian Steel and is the work of Henry Chang, 56, a musician, sculptor, designer and self-taught mechanical engineer living where else but in Las Vegas, the entertainment city of the world.

It’s from there that he Skypes me at one in the morning, his time.

“I’m in my workshop,” he tells me. “I don’t sleep well; ideas are constantly whirling inside my head.”

He flips his phone camera to give me a guided tour of his den, a large garage where the Valyrian Steel sits alongside a second, even larger and more outrageous-looking vehicle, also made of tubular steel and called the Flux Capacitor. The former is inspired by Game of Thrones, the latter by Back to the Future. You get the idea…

“I wish the Mad Max movie people would call,” says Chang. “I’ve had plenty of offers to put my cars in movies but I only want them in good ones and Mad Max is a good one.” 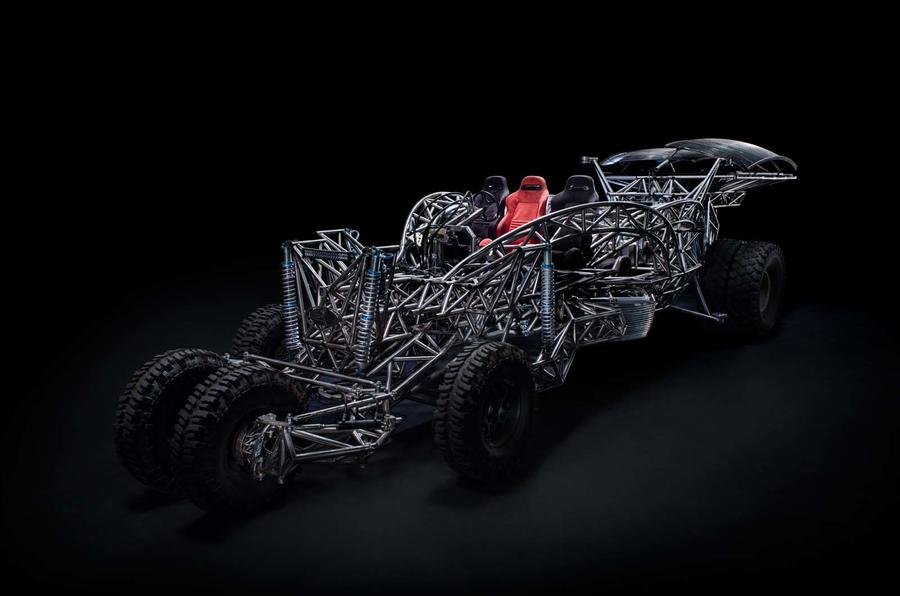 For the 38ft long Flux Capacitor, he plans to make all eight of its 54in rear wheels – shod with Mickey Thompson drag tyres and mounted on two military-grade axles – steerable. And in order to complete it, he’s just sunk $215,000 (£170,000) into his next toy, a brand-new, Haas CNC gantry mill with, he boasts, “a 25ft x 15ft cutting envelope”.

His pride and joy, though, is his lathe – a huge, US-built machine dating from World War II when, he says, lives depended on accuracy. “It’s beautifully built and so stable,” he says. “I’ve replaced much younger cutters but I’ll never get rid of this.”

How did a man who started out as a jazz pianist end up not only designing but also building extreme vehicles whose single purpose seems to be to surprise and delight?

“My dad was a professor of civil engineering and I grew up with an appreciation of structures,” says Chang. “But I’m first and foremost an artist and sculptor. I didn’t know much about cars when I was approached to design my first, based on a golf buggy, but my ignorance was actually a strength that gave my imagination free rein. “Based on that experience I decided that next time I’d spend more time designing and refining the chassis and suspension systems, which is why my latest vehicles look so complicated.

“But however complicated they are mechanically and structurally, my cars aren’t metaphors like some, they’re sculptures.”

Best we stick to their mechanicals, Henry, if you don’t mind…

Seven feet of Flux Capacitor’s length is actually a front-mounted swing arm; its job, explains Chang, is to counter lateral loads acting on the vehicle. Along the way, he had to engineer a complex suspension system to prevent it twisting and tearing apart the Flux’s main frame.

“Because it has so much leverage, it glides across the desert like a Mars rover,” he says.

“I love its big, serpentine belt,” says Chang. “My next car is inspired by an American hot rod but unlike those cars, you will see all of its mechanicals.” Elsewhere, Chang’s inspiration comes from all sorts of places. The flow of air over and through Valyrian Steel influenced the shape of the wishbones, the chassis and the array of inlet pipes and exhausts. Its in-board brakes were inspired by the Jaguars of Chang’s youth (he loves the E-Type, especially Eagle Jaguars’ heavily restored cars). Meanwhile, his 3D printer is proving to be invaluable.

“It’s opened up a world of possibilities,” he says. “For example, I designed Valyrian Steel’s front fenders using CAD then transferred the data to my 3D printer to produce the individual ‘dragon scales’ in plastic. These formed the moulds in which I sand-casted the scales in steel. To support the finished items on the wheel hubs took a lot of ingenuity.”

The wonders of 3D printing have also allowed Chang to devote as much attention to the parts of his cars that you can’t see, such as the inner faces of the exhaust pipes that he fabricates.

“Someone asked Steve Jobs why he cared about details in the insides of his computers that no one could see,” says Chang. “He said that caring about these details affects the whole job and is what separates the simply okay from the exceptional.”

Only Valyrian Steel was commissioned; the other cars are a bit of fun Chang does between his paid work in the worlds of furniture and house design. Even so, he says, they connect with people in a way that is unique: “People interact with cars every day. They understand them and no matter how extreme they look, they understand mine.” 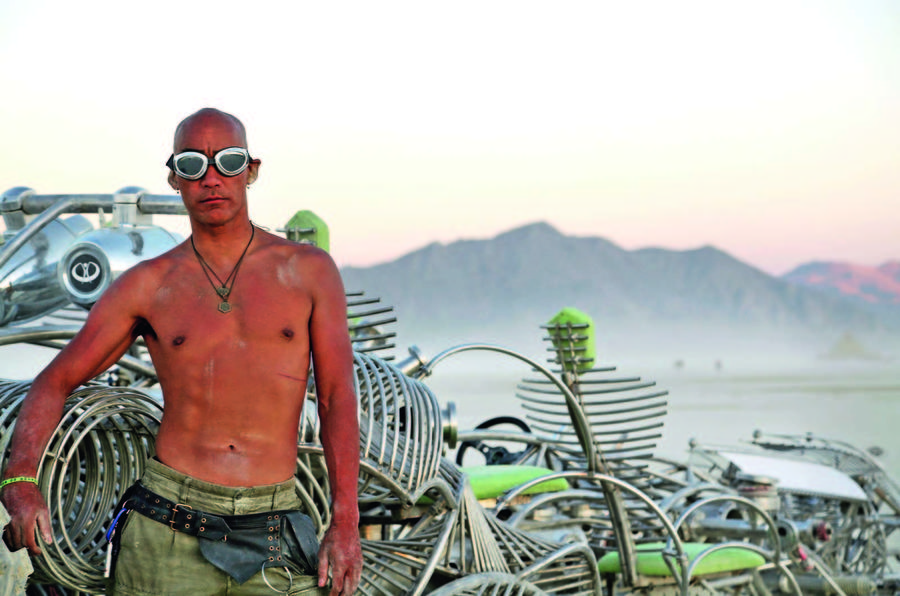 Founded in 1986 in San Francisco before it moved to the Black Rock Desert in 1990, this annual festival explores ideas including anti-consumerism and self-expression. However, America’s addiction to the automobile is such that even here, the organisers have had to create a so-called Department of Mutant Vehicles enabling what it terms ‘mobile art’ to be represented.

One of the department’s stars, and a regular at the festival since 2012, is Mr Fusion, designed and constructed by Henry Chang. The Las Vegas-based designer and sculptor went into debt building the vehicle, a long, low-slung six-wheeler with an exoskeleton of tubular steel surrounding a rear mid-mounted V8 exhausting through 16 ‘pea-shooter’ pipes arranged like a missile battery.

As a symbol of self-expression it’s a triumph – but as an anti-consumerist statement it falls rather flat, its enormous Super Swamper rear tyres and miles of polished steel looking more like a tribute to Detroit.

The art of the speed: meeting one of Britain's best car artists​

this is a car mag you moron

this is a car mag you moron