BACK TO ALL NEWS
Currently reading: The art of the speed: meeting one of Britain's best car artists
UP NEXT
Why last-mile delivery EVs are big business for car and retail firms

The art of the speed: meeting one of Britain's best car artists

Martin Tomlinson has a rare ability to capture cars in paint. We meet the man who wears his art on his sleeve
Open gallery
Close

In this age of digital cameras, mobile phone photography and Instagram, what role the humble artist with his paints and brushes?

Study Martin Tomlinson’s motorsport paintings and the answer stares right back at you. No Photoshop trickery here – just skill and talent laid bare in paint.

Take his picture of Mike Hawthorn pitting his Ferrari Squalo 555. The overhead perspective places you right on top of the action. You can feel the heat of the engine. 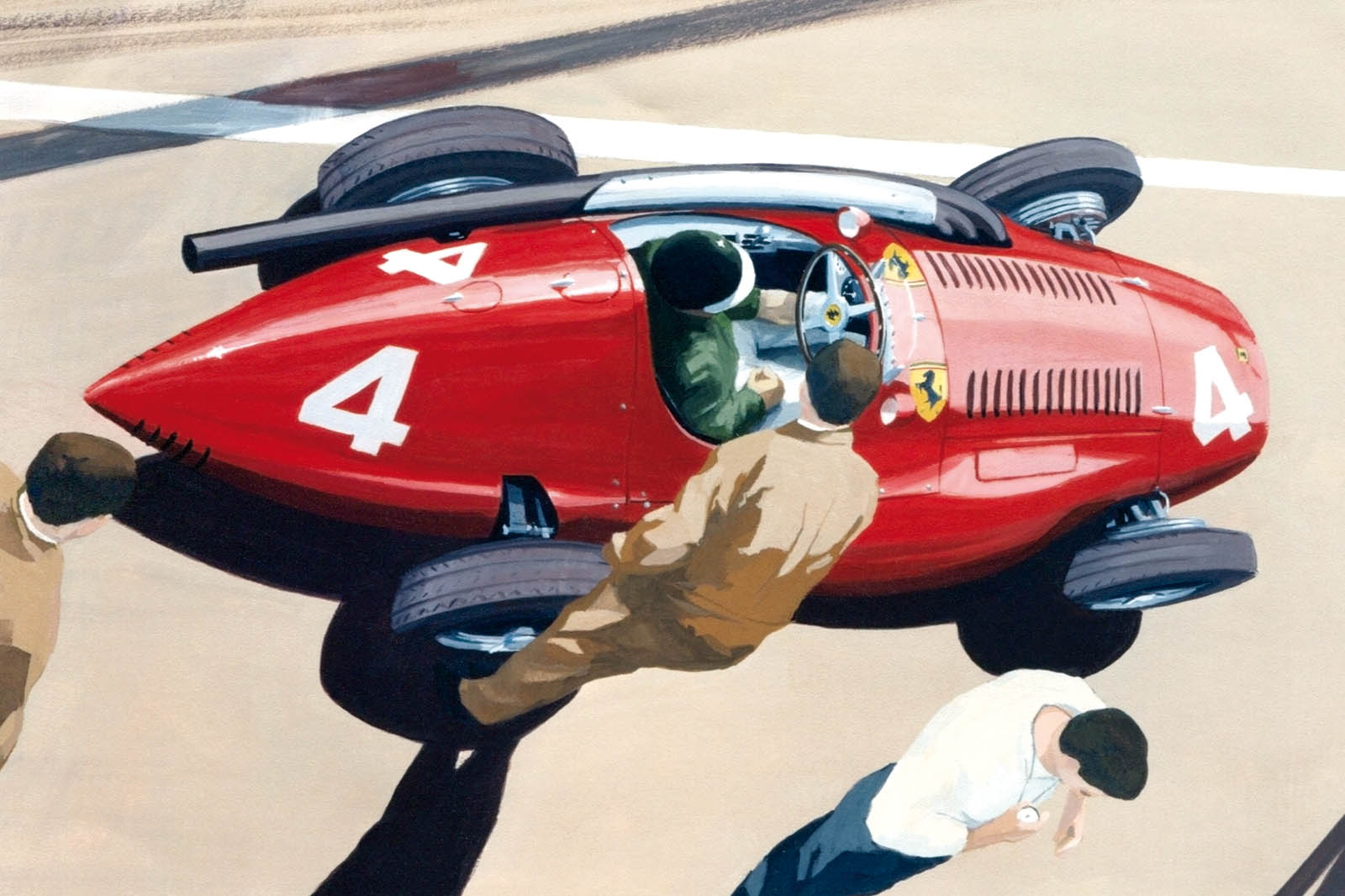 “If my house burned down, that’s the one painting I’d save,” says Tomlinson. “Actually, no – I’d let the whole lot go up and claim on the insurance.”

Tomlinson’s sense of humour is never far away, deployed the instant he detects a whiff of hubris, which isn’t often. It’s probably borne of those years in the early 1970s when he went racing, towing his Formula Ford single-seater to meetings with his Ford Zephyr – and towing it home again, confidence sorely tested. (“I got a works drive but then the money ran out.”)

Before that, he studied fine art at Harlow Art College, where he found himself painting against the tide.

“I wasn’t sure what planet the tutors were on but they taught me nothing about the subject,” he says. “Instead, I learned that passion for what you’re doing can take you a long way. I’m virtually self-taught.” 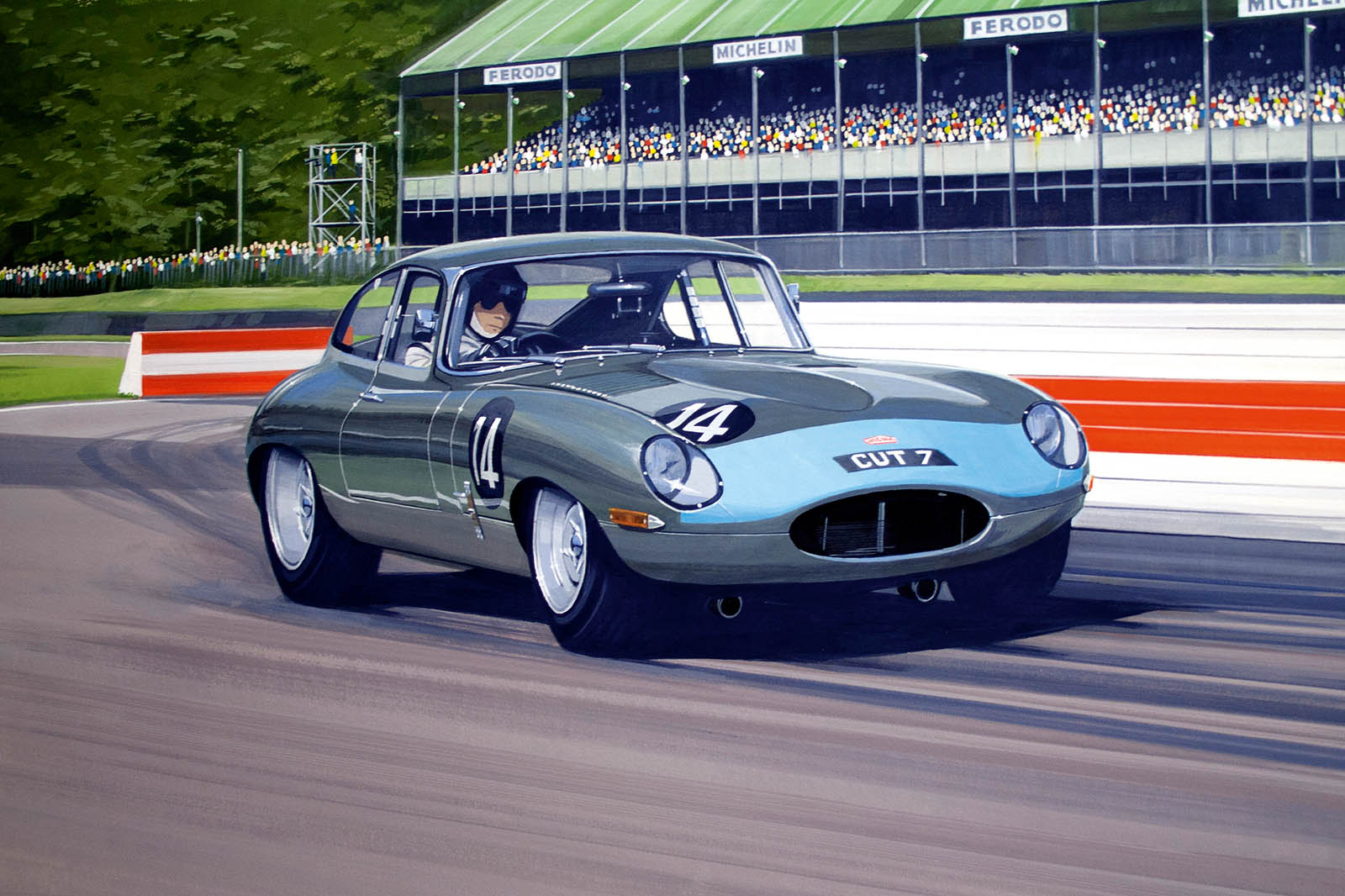 Paying a mortgage and raising a family meant abandoning a career in art while he developed his graphic design business. He continued to paint, though, and remained active in the racing world, commentating at Brands Hatch and, with the exception of Giuseppe Farina and Alberto Ascari, witnessing every Formula 1 world champion in action.

Slowly but surely, his twin passions – painting and racing – came together. Carol Shelby and John Surtees are among the motorsport legends who commissioned works from him. Sir Stirling Moss, Phil Hill, Juha Kankkunen and Roy Salvadori were among those who signed prints of his work showing them in action.

Now aged 67, Tomlinson has for the past three years given his business interests a back seat as he turns his attention squarely to painting motorsport. He reckons he’s produced more than 100 works in this period. His clients have included Moss, former F1 driver Mark Blundell, Zak Brown (the executive director of McLaren Technology Group) and former Dragon’s Den star Theo Paphitis. 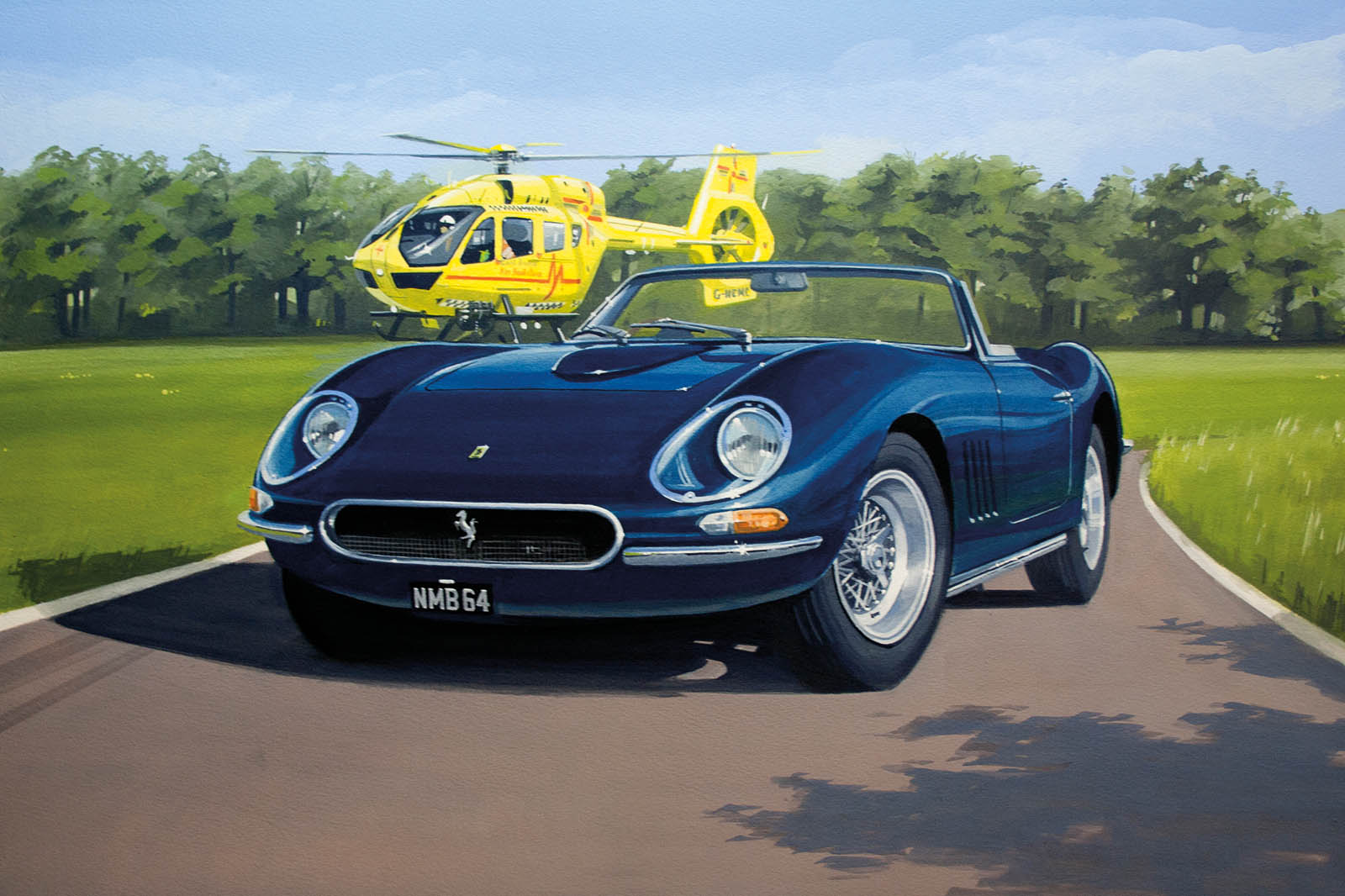 “Someone will ask me to paint a picture of a car either in period or with them in the driving seat,” Tomlinson explains. “I do lots of research not just of the car but, if the context is a famous race or a racing track, of the event because my clients are sticklers for detail.”

Tomlinson then does a pencil sketch to plan the composition and check that it all works: “Now it’s ready to paint. I work in gouache, a water-based medium, painting directly on to board. It dries quite quickly but that suits me, especially when adding speed effects, where quick flicks of the brush are necessary.”

The whole process takes around two weeks from start to finish. Depending on the composition, Tomlinson charges from £250 for a sketch to £1000 for a painting. 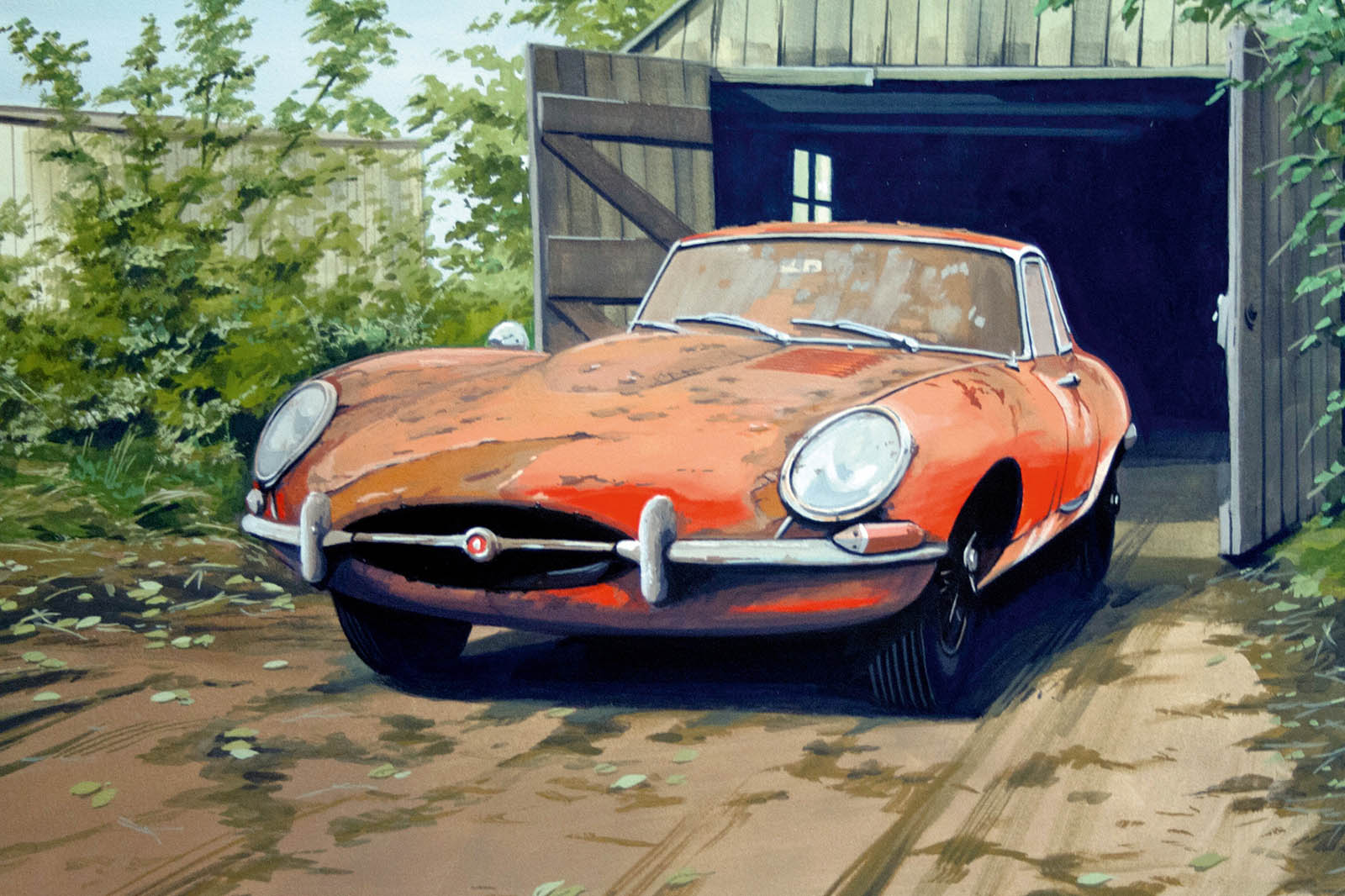 Tomlinson isn’t the only motoring artist able to immortalise yours or a favourite car in paint. Here are three more famed art talents.

NEIL PODBERY - “I’m a photo-realist painter. I just have this passion for getting things precise and accurate and achieving almost photo-like quality.” Visit neilpodberyfineart.co.uk

TIM LAYZELL - “I’m well known for my poster style. I like to think it’s a simple but accurate look with a strong period feel.” Visit timlayzell.com

NICHOLAS WATTS - “I’ve been painting professionally for 25 years. The great Alfredo de la Maria is the automotive artist I aspire to become. Composition is everything.”

The cars that are also cults

I suppose it's a matter of opinion but I find them a bit hit and miss, mostly miss. The orange Jag for instance I wouldn't value at more than a couple of hundred pounds.

The link for Tim Layzell goes to Neil Podbery’s website.

Come on, have a bit of respect for people and actually proof read this stuff before publishing it.

This piece isn't very good at all, even by internet standards.