BACK TO ALL NEWS
Currently reading: Autocar Awards 2022: Land Rover Defender wins best SUV
UP NEXT
New 2023 Audi A4 Avant undergoes tests in the Alps

There's a distinction here that Land Rover makes but most people don’t. Rather than use the term sport utility vehicle (or SUV), some senior Land Rover people refer to the new Defender as a 4x4, pure and simple.

In a world chock-full of SUVs, crossovers, Xs, Scouts, XCs and whatever else tall hatchbacks are being called, that’s rather refreshing. You know exactly what Land Rover means without it having to expand further.

In 1986, a television advert ran for the Land Rover, before it was even called the Defender, showing it leaving a road and fording a river, the driver attaching a winch to the front and the car hauling itself up the wall of a dam.

Patrick Stewart egged the voiceover. “It’s worth remembering that nothing... but nothing... gets in the way of a Land Rover,” he boomed as the Dam Busters theme cranked out in the background. The on-screen caption read: “Land Rover. The best 4 x 4 x far.”

That the company still likes to call the Defender a 4x4 today probably means something, and it’s probably not just symbolic. The Defender has been designed to pick up, to a certain extent, from where the old one left off when it ceased production in 2016, with hints of what made the Land Rover Discovery 3 and Discovery 4 so compelling too.

Sport be damned: the Defender should and does provide an imperiously relaxed driving experience on the road while concentrating its capabilities hard on making sure that it can go further off road than the competition. 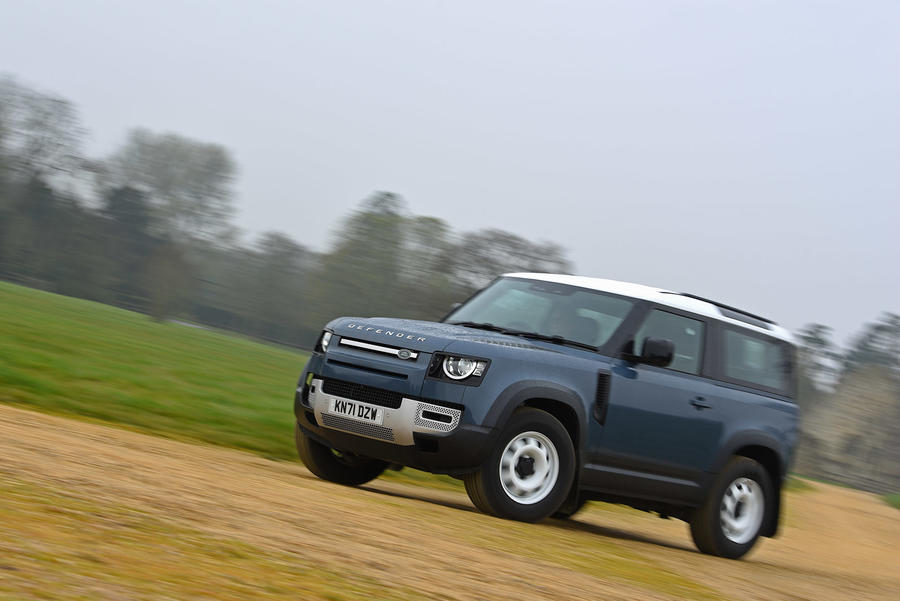 Whether it truly does that depends on what the competition and what the underfoot terrain are like. This is a large, heavy car. Key to its appeal, though, is that it attempts to make going off road as painless as possible.

Some 4x4s love to involve you in the process: pulling levers, leaning out of doors, locking differentials and immersing you in the experience.

All nice you want to make the most of its adventuring abilities – whether you’re fording streams, pulling a horsebox along muddied tracks or checking the fences of wintry fields – you point it to where you want it to go and largely let it sort things out. It’s a less tiring way to spend a tough day.

And at the end of it, the Defender is supremely comfortable and isolated yet still accurate and enjoyable on any road you take home.

So yes, the headline here reads ‘Best SUV’. But there’s a bit more to the Defender than just that