BACK TO ALL OPINION BLOGS
Currently reading: Matt Prior: the rapid rise of the classic car meetup
UP NEXT
Opinion: Is the Ford S-Max the only car you need?

Matt Prior: the rapid rise of the classic car meetup

With a new place to take your beloved vintage motor seemingly appearing every week, Prior asks where they all suddenly sprouted from
Share
Open gallery
Close
Share story

I’m not imagining this, am I? There actually are way more classic and enthusiast car meet-ups than there used to be, right?

The other weekend, I was at one of the excellent Sunday Scrambles at Bicester Heritage, where there’ll have been another big meet by the time you read this, at least one other new midweek classic meeting locally and a huge Japanese car show at Silverstone, while places like Caffeine & Machine are open all the time.

The south midlands is pretty motor and motorsport central, it’s true, but still, I hear about classic shows and meetings everywhere. There are more, I’m sure of it. What used to be the odd Wednesday bike night at an A-road layby café is a burgeoning cottage industry throughout the country. I’m amazed there are enough surviving Citroën H vans from which to serve coffee at all of them.

I’m curious as to why there are so many, though. It’s said that people like buying experiences more than they like buying ‘things’, so there’s an element of that. Perhaps social media is making it easier for us to find each other, and across brands rather than, as used to be the norm, through single-marque car clubs – and somebody with a slammed Triumph Acclaim with a limited-slip differential might have more to talk about with a Nissan 200SX owner than a TR2 owner, after all. Or is it harder to just find space and time to have an enjoyable drive, so we might as well arrange an event at the end of it, to make it worthwhile?

Whatever, I’m pleased. Pleased there are places to be, cars to pore over, owners to talk to, and cars that get driven.

And I’m pleased there’s evidence that loads of people, regardless of what cars and driving become, see the car as far more than a way of getting from one place to another. Like horses, baking, or myriad other things, they’re something we don’t need to spend time with, but want to. 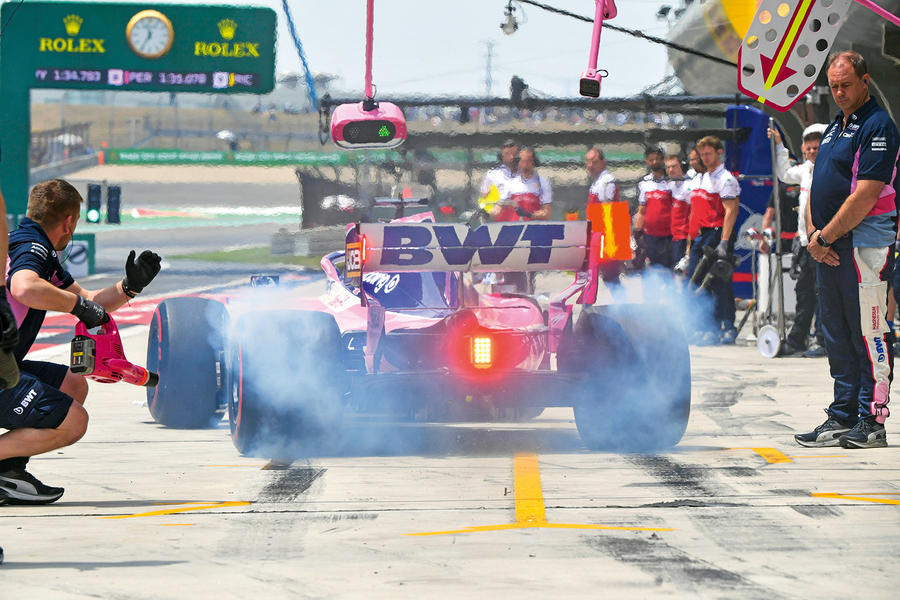 That said, I met a new bloke the other day when he made what’ll become a semi-regular visit to my house for the glamorous task of emptying the septic tank.

It’s an unusual procedure over which to make small talk, between bouts of peering into a 20ft hole in the ground. I’ve seen more attractive holes in the ground, I can tell you. But there we were, when I noticed a car company logo on his hi-viz jacket. Car fan, I asked? Kind of, he said.

While his truck’s vacuum busily whirred in the background, he explained he used to work for said car company’s Formula 1 team, and before and after that other F1 and sports car teams, travelling the world, flying away for all the races, to all the cities, gathering stamps in his passport.

Only not really seeing much of these places when he got there, and seeing even less of his young family back at home. So he jacked it in to help run the family liquid waste business. Much better. Much happier. The satisfaction of running a good business, being less transient, and enjoying seeing way, way more of his family and his home. I get it.

Take a sample of people, briefly explain these two jobs and I reckon most would see one as more appealing than the other. It ain’t always so.

Racing lines: the ultimate lap... around the world

Because new cars get ever

In the US they have Cars and Coffee.  People show up every Saturday morning, park and chat, often followed by a drive.  You can google cars and coffee + just about any city or town, and get a hit. The venue is nearly always the car park of a big supermarket or shopping center, so coffee and pastries are readily available.  There's one in Grass Valley, a small town in California a few miles from my place.  Last time I went a guy showed up with a 64 E-type roadster, a great year because it still has the 3.8 but the center console is covered in leather, not shiny metal that just gives you glare.  His mother bought it new on a trip to Europe, collected it from Brown's Lane, drove it around then put it on a ship to California.  She drove it for 50 years and then he inherited it.  Original paint, leather, carpets and hood, sound mechanicals, quite a bit of patina, about 60k miles still on factory engine and gearbox.  He had it all checked over by a specialist and he has no intention of restoring it, bless him.

What planet are you on, there

What planet are you on, there are classic meets every weekend, and some during the week, and have been on going for about 40 years+ we have been regular visitors to classic car meets for decades, there maybe a few new ones as older cars get there in terms of classic status, but not massively so, there are clubs out that for brands that people join, ROver, MG, Ford, Bentley, Land ROver etc, where your car gets added too as they reach that age, there might be more cars, but not really many more meets, its jus the bigger ones get more press.How about rather than page after page of the usual suspects like Goodwood, Bicester, CIN North and South, you did a few more reports on local ones from differing area's, we do regualr meets the first sat and first fri of every month, then there is Burghley Bentley and RR wheich we attend, the BIGGEST single brand get together in the world, cars that are valued together in the multi BILLIONS of pounds, and a brilliant day out, no snobby people here, just enthusiasts willing to show off their cars to anyone that wants to look.

It would be better to have more local stuff like this, what about something on the Bears, that offer their pride and joy's for people to pay for a drive out in, as a passenger, and all the proceeds go to Charity, we love doing this with our cars, and love having them on stands for others to look at and talk about, ........