BACK TO ALL OPINION BLOGS
Currently reading: Matt Prior: it doesn't take a lockdown to get that project car finished
UP NEXT
Opinion: Vandoorne back on form as Formula E hit Monaco

Matt Prior: it doesn't take a lockdown to get that project car finished

It’s a bit rich, as the restrictions on movement are gradually eased, to hear from the uber-smug that there are things from this period of lockdown that we shouldn’t just maintain but actually cherish.

If you have a comfortable house, a garden, youthful good health, a steady income and an understanding employer, perhaps it’s easier to leave this phase of the pandemic feeling more enlightened than imperilled. But honestly, mate, nothing was stopping you baking banana bread and looking at the birds before.

And given that a member of SPI-B, a government advisory group on pandemic behaviours, last week suggested that we’re only “10-15% through” the history of Covid-19, perhaps you’ll get the chance again. However, seeing as there are those for whom the worst thing about going out is more dangerous than queueing around a supermarket car park and those who will find staying indoors a lot more sinister than missing a haircut, I’ll spare you my similarly patronising thoughts.

Well, almost. Sorry. If you, reader, like me, struggle to finish things (notable exceptions including packets of biscuits), I hope you’ve discovered, as I have, that it wasn’t, as we thought, actually our fault all along. Ha! At last. If only we’d known. I’ve had mechanical projects over the years, and my justification for having them has always been that they’re fun to do, that the process itself is the enjoyable part of it.

You’re darned right that I’ve told other people – and, more pertinently, myself – that the joy of having an old car or motorcycle in a state of dysfunction is the occasional few hours I rarely spend working on it. That’s total nonsense, obviously. Always was. Any japes in clearing the fuel lines of a Volkswagen Beetle again before it will reluctantly start? Or any in wheeling a 125cc Honda out of the way so I can get to the lawnmower?

Is there heck. Each time I have to do either, it’s just a bitter reminder of my hopelessness, a dagger twisted in the heart of the optimism that I once had several years earlier. The occasional Saturday spent with oily, bloody knuckles, cold tea and profuse swearing to feel nowhere by the end of it? Pah. The gruelling truth is that I’ve had ‘quick projects’ that ‘only need a bit of tidying here and there’ for, well, let’s not consider how long. 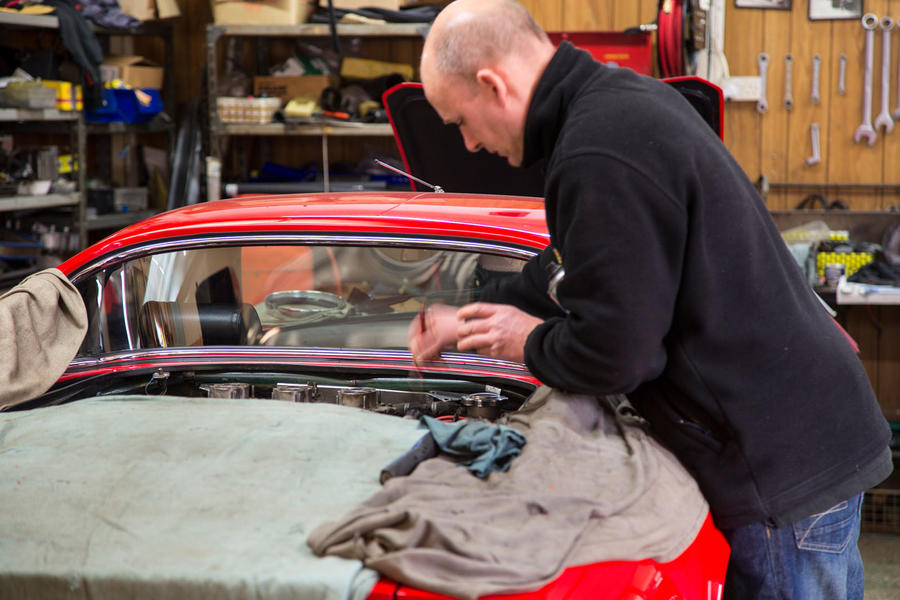 Until now. Now I can finally see the light. It turns out the way to get through mechanical projects is to do a little on them whenever you get the chance: a few minutes today, another in a few days, and eventually that will be enough. Slowly, gradually, they get there. Turns out it doesn’t actually take booking a week off with a grand plan, hoping nothing else will crop up and waiting for tools, spares, the moon and the playlist on Absolute 80s to perfectly align. Just do a little.

It shouldn’t have taken me seven weeks of almost exclusive home working with more evenings as my own than normal to realise this. It’s not – much like rebuilding a defunct radio-controlled car – exactly rocket science. But here we are. I’ve finally discovered how to finish a project I’ve started, and I feel good about it.

No, of course neither my Beetle nor the Honda are actually finished. Don’t be so ridiculous.

Matt Prior: The age of the perfect car is near

It doesn't take a lock down

It doesn't take a lock down to get that project car finished.

Nope it usually takes a miracle

I've often toyed with the idea of a project 125, an old commuter or some such, just as a bit of fun as it would appear more manageable, less costly and take up less room.