BACK TO ALL OPINION BLOGS
Currently reading: Matt Prior: Bigger isn't always better when it comes to 'performance' cars
UP NEXT
Matt Prior: Why lane-keeping assist systems need a rethink

Matt Prior: Bigger isn't always better when it comes to 'performance' cars

I read that when Mercedes-AMG boss Tobias Moers heard the next C63 would need to adopt a hybrid four-cylinder engine, so that Mercedes could meet its CO2 emissions targets, he walked out of the meeting. And it wasn’t to go and buy celebratory bunting.

Moers likes multi-cylinder engines – making engines is what AMG started life doing, after all – and thinks V8s, as fitted to the C63 at the moment, are the heart of the company.

But the rules are the rules: big car makers need to find a way for their cars to emit an average of 95g/km of CO2 in 2021, phasing down to 81g/km by 2025 and 59g/km by the end of the next decade. There are minor complications based on weight and how many cars a company makes, but that’s the short of it. And if they don’t comply, they pay the EU money on every car they sell, for every g/km by which, on average, they miss the target.

Which means AMG isn’t the only one with grumpy engine enthusiasts. For companies on the breadline – which is most mainstream manufacturers, whose ambitions are a modest single-percentage-figure profit – finding 95 euros to pay per car, per g/km by which the whole fleet exceeds a target, is unthinkable. Increasing prices so customers pay it is no more palatable, either. And so they’ll meet it. Ask them and they’ll say: it’s not optional.

And yet the desire to bring you and me performance cars is still there. Which brings us not just a four-cylinder hybridised C63, but also a fast Peugeot 508 hybrid, the mooted rebirth of Vauxhall’s VXR as an electric-only performance brand and, at Ford, uncertainty about whether there can be a new Focus RS at all, given what we’ve come to expect of an RS.

Certainly, the days of just slapping a big engine in something and making a ‘halo’ model out of it are gone.

The will is there – because car companies like performance cars as much as we do and it’s good for them, overall – but in trying to find different ways to give them to us, there doesn’t seem to be the concession that customers would accept the ‘performance’ bit changing. Things go as they always have: a new model comes along, with more power than it had before, and it’s probably a bit bigger and heavier and faster and more capable, while trying to be less consuming.

And the next C63, my esteemed colleague Greg Kable reports, follows that path: it might have a 2.0-litre turbo engine but is still expected to make more than 500bhp, while electrification will surely offset any weight saving over halving the size of the engine. 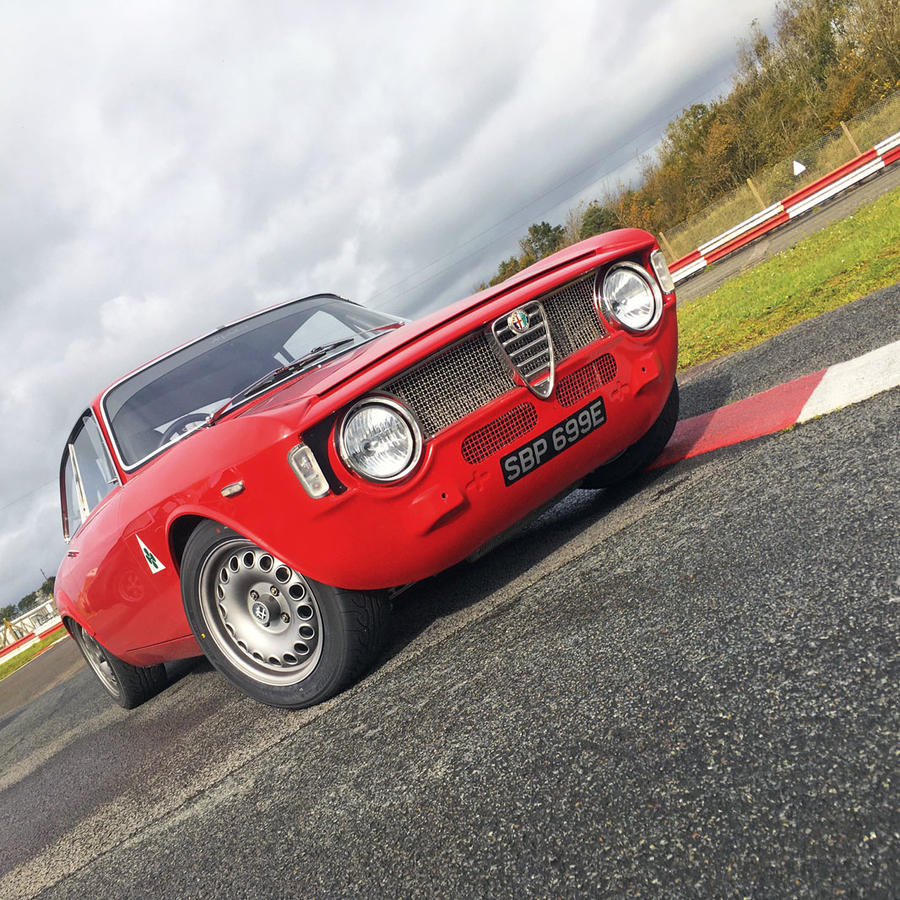 Will we really not accept a different take on it? Cars that are smaller, less powerful, but just as much fun? This week, I drove an old Alfa Romeo 105-series coupé modified by a company called Alfaholics – a restomod, you’d call it – for an upcoming feature and video (of which you can conveniently watch below). No word of a lie, it slipped straight into the top 10 most entertaining cars I’ve ever driven. They call it the GTA-R 290. It has only 240bhp but it weighs only 830kg and has 195-section tyres.

That weight figure isn’t a number big car makers could easily give us and, if they did, they’d think there was a limit to how much they could charge for it. But I don’t know. To me, it has never looked so appealing.

Opinion: The future of the V8 is once again under threat

The two cars that could transform Fiat and Alfa Romeo

At the moment performance cars are still more about status than fun for a lot of people. Big says success. For a younger generation there is hope that big will say crass and environmentally irresponsible, and more status will be attributed to smaller cars in which more fun can be had responsibly. Roll on the small, affordable electric sports car.

Dinosaurs are no longer at the top of the food chain

We already have the perfect example of Matts argument for sale in the form of the Alpine, with an even faster one now emerging.

The future could be so much fun when new technology and innovation sees the mega sized Germanic inspired beasts go the way of the dinosaur.

I have a new Suzuki Swift sport, which weights 950kg, has the eager, torquey 1.4 turbo, and it feels lithe, alert, and due to the power to weight ratio, very fast indeed, yet delivered nearly 50mpg.

The Abarth 595 it replaced weighs 100kg more, so i know look at weight as a key metric in desirability, and I question overweight cars, due to the inherent inefficiency it creates, particularly giant SUVs weighting over 2000 kg...

1 November 2019
Re define performance, sports cars like the mx5 are hugely entertaining and fun to drive because of their lack of weight, and they provide enough performance for road use, but would never be called a performance car due to that lack of power.
Same with the swift sport up GTi etc, yet these are the sort of fun cars that are actually useable on the roads.
For me the allure of a V8 in these performance cars is the sound as opposed to the performance and that is where these down sized engines are a let down, if engine designers could create a small capacity economical V8, with enough performance and that great sound track then that would be impressive. Mazda had a 1.8 V6, why not a 2.0 V8? Cost I expect.

The MX-5 really can be a performance car. Once you get the other side of 200bhp they feel very lively indeed. There shouldn't be anything preventing manufacturers achieving 200bhp/tonne in a little electric sports car - and the sound of an electric motor at full chat isn't dissimilar from a supercharger.

True you could add

1 November 2019
True you could add performance to an mx5 but then it would probably have too much, are cars classed as performance cars necessary for a fun drive, light weight and lower power makes for more fun and I think the golf GTi was at its best in mkv 197 bhp form, as that had all the performance needed and more.

Isn't this why the original

Isn't this why the original Golf GTI and its ilk were so successful? When I see modern Lamborghinis and the like driving around London I just laugh at them.

Are Vauxhall the most inept marketeers in the world?

All the "British" nonsense, and years of terrible advertising, what are they thinking to make electric cars VXR? I mean just how stupid are they? VXR means a wild, extreme petrol car to me. An electric car from an existing brand should be a new name, it's new, it's moving the game on, etc.

It's quiet unbelievable how inept Vauxhall are. They have a massive image problem, and lord knows it's hard to put a positive slant on the mediocrity they currently make. But wow, you have a chance to rebrand as electric cars and you saddle it with an old name that means something different. Must have been the same team that thought naming the Viva and Adam was a work of genius.

Porsche may be in an enviable position. They sell way more SUV's than hardcore 911's, the former will all be electric pretty soon (Next Macan rumoured to be electric and hybrid only) leaving room for Andreas and his boys to continue to fettle the 4ltr n/a flat 6cyl!

Much as I love the sound and

Much as I love the sound and feel when driving of a well-engineered 6 or 8 cylinder engine (I've had plenty of them), the whole notion of tailpipe emissions is rapidly becoming moot, and any manufacturer still predicating its future on any form of internal combustion is heading rapidly for oblivion. Even in today's world, a C63 gets embarrassed by most Teslas, and wouldn't actually know which way a Model 3 had gone down a twisty road. Time to accept that dinosaur burners are in their final throes, and will soon be the province of low-mileage die-hard enthusiasts - a bit like the steam train.