BACK TO ALL OPINION BLOGS
Currently reading: Matt Prior: why a Caterham is ideal for driving to Scotland
UP NEXT
Matt Prior: The Honda that's not quite jazzy enough

Matt Prior: why a Caterham is ideal for driving to Scotland

The Caterham Super Seven 1600 will make a feature appearance in the next mag. No spoilers, save to say it’s coming at you from Scotland.

That’s not far from the north of England, but is quite a long way from Crawley, near Gatwick, from where a staffer had to collect the Seven before delivering it north of Perth.

Reader, I was that staffer, because it was me who suggested we take the Seven. “I’m driving it to Scotland,” I told people, happily. You would think I had told them I was going to swim the Channel in my dressing gown.

Small, noisy, too cold, too hot, too wet: that’s what people think of a Seven. But I’m going to make a case here that a Caterham is actually a good car for long journeys. 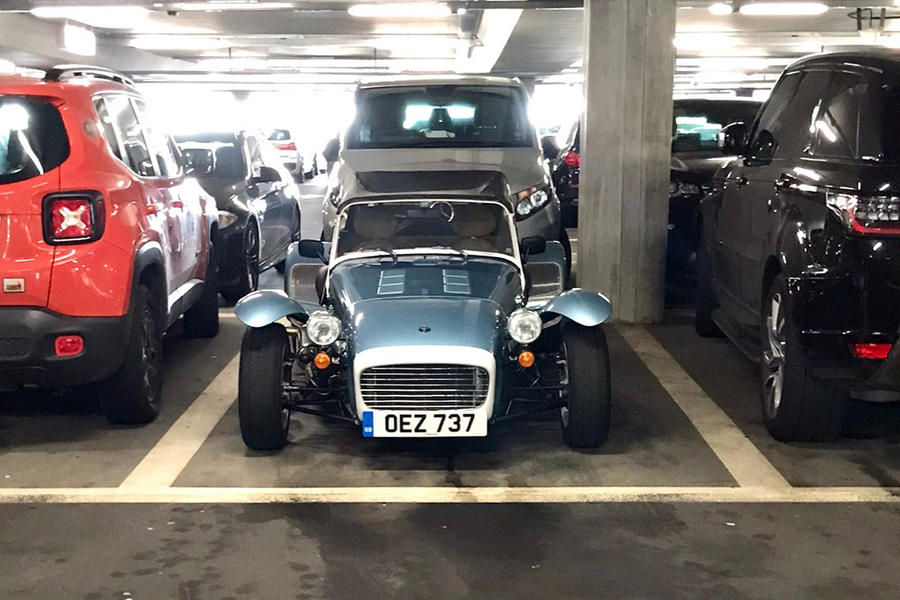 The feet-up driving position isn’t widely adjustable, but I find it comfortable. There’s not much wind buffeting with the hood down; with it up, there’s adequate head room, a heated screen and a heater. These days the hood doesn’t leak. I sucker a phone to the screen for navigation and wear earphones.

The biggest problem is the hood mechanism itself and its array of poppers: it takes minutes to erect, while skinning your knuckles and stubbing your fingers.

A few years ago, in desperation at being unable to stretch the hood fabric far enough to reach a popper in the cold and rain, I phoned Caterham. “It’s easiest when it’s at its most pliable. When it’s warm and dry,” I was told, helpfully.

Elsewhere, news reaches me from the road test desk – which remains farther away than it used to be, because it’s still spread across three colleagues’ homes – that the trusty road test laptop is to be retired. This Dell D630, a model discontinued in 2007, has been with us as long as any of us can remember. 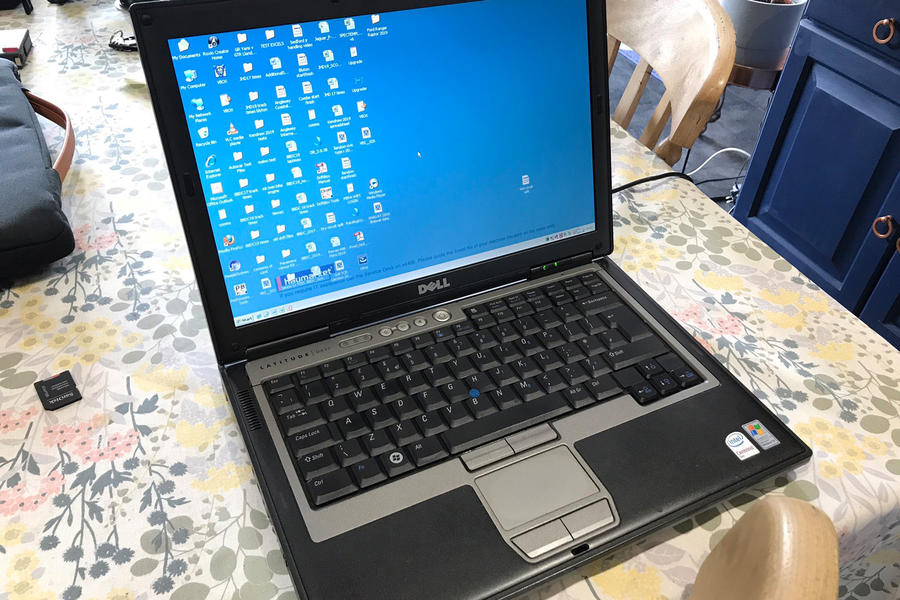 Current road test editor Matt Saunders thinks it has been in use since before he joined the desk in 2010. I have vague memories of getting a new laptop that needed a new password at some distant point in the past. But honestly, who knows? Could be 2005, could be 2006 or 2007. Whatever, it’s a chuffing long time for a bunch of electronics, now seemingly slowing so being retired before it croaks on duty and forgets whatever it’s trying to save.

The machine has really only ever had one job: crunching numbers from our Racelogic VBox software during road tests and then storing them before they’re archived on our servers (a thoroughly valuable mine of information that, honestly, we probably don’t make enough of). That all back issues of Autocar – every one since 1895 – are being digitised as I write will help out here, I’m sure.

Old surviving computers remind me of seeing an ageing laptop sitting on a yet older Formula 1 car’s sidepod at the Goodwood Festival of Speed with a note taped to it that read: “Please set computer’s date to 1997.”

There have been new data loggers, new tape measures, new scales and, indeed, an entire new road test team since the trusty laptop’s introduction, making it the oldest serving member of the road test desk.

When somebody who has been on the team for a while leaves Autocar, we’re allowed to expense a few quid on drinks. So I reckon Friday, 7pm, at the pub. Cheers, Dell.

Listen up: Why a 540kg Caterham Seven is the best driver’s car

Life after lockdown: Our dream road trips near and far

All really depends on what you consider interesting, I wouldn't pick a Caterham for the obvious, but you might like it, maybe we're all going soft?, wanting cosy, comfy but also want great handling when we feel like going faster, cars only go as fast as you press on the accelerator, obviously I know, but performance is getting cheaper new or old, but, if you don't mind inclement weather, wearing an extra layer or two, then do the minimalist open top sports car.

si73 24 August 2021
I like the idea of a caterham as a daily, I'd imagine it being a huge deal of fun, roof faf may prove stressfull though I guess, but running it long distance maybe more of a chore, but when you get there you'll surely be glad you took it, as a more convenient and comfortable companion with a lot of the fun, surely an MX5 is the obvious choice.
beechie 22 August 2021
I disagree with LP in Brighton. A one litre supermini would be adequate but bland and, therefore, dull. Why would I want to endure a long journey made unnecessarily tedious?
View all comments (4)