BACK TO ALL OPINION BLOGS
Currently reading: Matt Prior: Sandero shoppers aren't being put off by safety scores
UP NEXT
Opinion: Vandoorne back on form as Formula E hit Monaco

Matt Prior: Sandero shoppers aren't being put off by safety scores

Dacia's Euro NCAP rating might be low, but that doesn't seem to be dissuading customers
Open gallery
Close

Dacia says that it’s going to keep being a budget car brand and resist calls to fit more expensive and sophisticated active safety kit. Fine. The firm was criticised when the Sandero was given only two stars in Euro NCAP’s safety test because it doesn’t come with a more advanced emergency braking (AEB) system.

Adding cameras to its forward-facing radar would enhance its AEB for a higher mark – but these aren’t mandatory. Dacia was thus accused of putting money before safety. To which the answer is: well, of course it is. The Sandero is the cheapest new car on sale, and adding safety kit that isn’t mandated would be expensive.

The cost of such equipment is one of the reasons why the Peugeot 2008 was given a ‘dual’ Euro NCAP rating: four stars with its standard AEB, which you get on the base model, and five stars with an uprated system (in the UK, standard on non-base cars).

It’s impossible to argue that cars should be more dangerous. Too many people die on the road. But you can’t mandate a bunch of safety kit and then have a pop at the cheapest car on sale when it comes fitted with only that. What more do you expect?

The Sandero meets all legislation and looks after its occupants pretty well in a crash. Plus, it looks after other road users a darned sight better than the old cars that people will swap out of only because the one new car they can afford is a Dacia.

Dacia’s boss said its customers know what they want, and when the Sandero is the best-selling car in Europe, evidently he has a point. 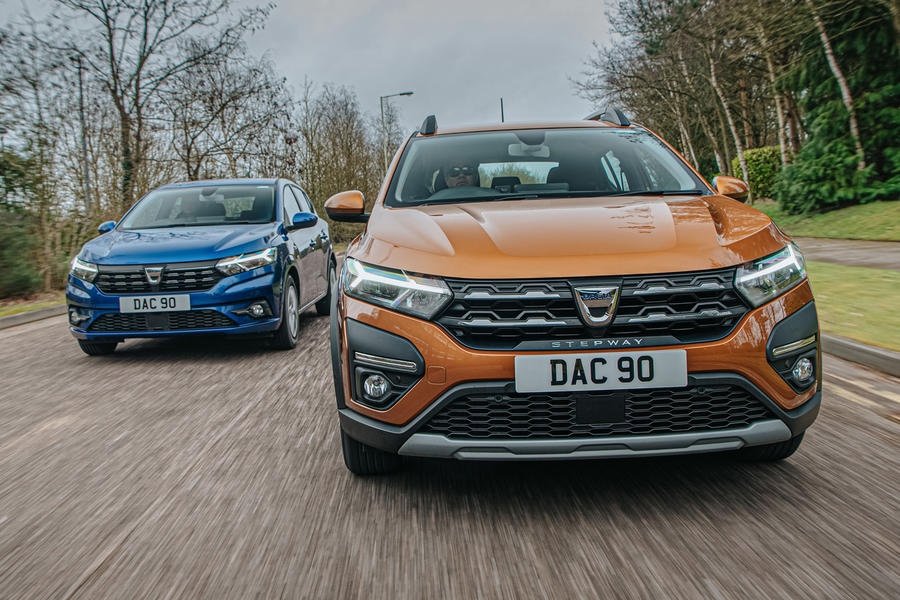 The fans of Tottenham Hotspur and Chelsea are being encouraged to walk, cycle or take public transport to the two London clubs’ match on 19 September instead of driving, as the Premier League attempts to host elite football’s first carbon-neutral match.

It’s a laudable aim. When tens of thousands of people gather, there’s bound to be a carbon burden. And while individual hobbies – having a dog, driving a classic car, enjoying sport – should be given more leeway than big business (life is miserable enough without feeling guilty about Fido’s methane output), there’s no doubt that elite football is both.

Spurs want fewer than 23% of its fans to drive to its games this season. And less car use is great – provided there’s a realistic alternative. If I were only to take public transport to watch my local club, they would have to play every Friday between noon and 2pm so I could catch the week’s only bus.

But while you’re walking in the rain to the station or cycling home in near darkness, consider the industry behind Chelsea’s financial firepower. Bankroller Roman Abramovich’s steel-making and mining company, Evraz, produces 43.57 million tonnes of CO2 (or greenhouse gas equivalent) every year. Which means that during a single 90-minute match, Evraz will push 7641 tonnes of CO2e into our atmosphere. It’s the same as driving a Toyota Yaris for 50 million miles.

Yes, this is top-flight whataboutery, and I know that the less individual consumerism there is, the less Evraz should emit. But during the past four years, its emissions have increased by nearly 7%. So while we’re putting ourselves out for the greater good, I do wonder: are we being asked to do more than our share of the legwork?

Log in or register to post comments
jameshobiecat 24 September 2021
In the past a 5 star ncap score was a prerequisite for me buying a car but no longer. I want the best possible protection in the event of an accident, but I don't want many of the Driver Assistance features that ncap puts so much weight on these days.
As has been said, many of these features are subject to erroneous triggering that are highly infuriating and in extreme cases may actually cause accidents. Emergency braking features that see phantom obstacles and slam on the brakes, lane keep assist systems that would rather you had a head on impact on narrow country roads than put a wheel on the verge to pass another car and adaptive speed limiters that think side road speed limit signs apply to the major road you are travelling on, all of these are all things I've experienced. I've got so fed up with it I've taken to gaffer taping over the camera.
NavalReserve 24 September 2021
I drove a rental 208 with lane keep assist and it really tugged at the steering when you crossed a white line.

Too bad if you were passing a cyclist at the time.

Individual responsibility for carbon emissions: yes, everyone should take responsibility and lower their personal carbon footprint where possible. And yes, this is often a fig leaf from governments or companies that aren't taking enough responsibility themselves. But all of us need to be less selfish and more conscious of the seriousness of the situation we are in. If it doesn't start with our own behaviour, then where does it start?