BACK TO ALL OPINION BLOGS
Currently reading: Matt Prior: Not a prediction about the A segment's future
UP NEXT
Matt Prior: Bring back the beach buggy

Automotive trends are becoming trickier to follow, so all bets are off on the lot of the city car
Open gallery
Close

So. New year, new you? It’s a new decade, the roaring twenties, so I know it’s time for a new me. More go-getting, inspired, spontaneous and lively. All starting right after a sit down with a nice cup of tea.

The problem with New Year’s resolutions is, if they were really worth making, we’d have made them already. When something life-changing or profound happens, it just happens; you don’t think: ‘Great, I’ll get right on it on 1 January.’

So though I’d like to spend less time in airports, more time working on cars and bikes, driving to Scotland more and maybe watching fewer videos of dogs, let’s be realistic here.

What I won’t do is make motoring predictions for 2020. Firstly, because breaking news could happen while I write this, but also because, going by what we said in 2019, I’m not sure we’ve got great form.

Not so long ago, second guessing the industry would have been easier because, apart from the odd mega-merger every now and again, cars were easier to predict: there’d be a new one, 10% more powerful and 10% more efficient and probably a bit bigger and more expensive than the one it replaced. And that would be about it.

Today, the industry is more bewildering and harder to follow – and not just because there are about 40 Mercedes and they all look the same. Now it’s more interesting to report on, more fraught and more exciting to work in than at any point, I suspect, since The Autocar’s first few years – and we turn 125 later this year. Not sure how we’re going to mark that yet. But if I dare predict, I think it’ll be good. 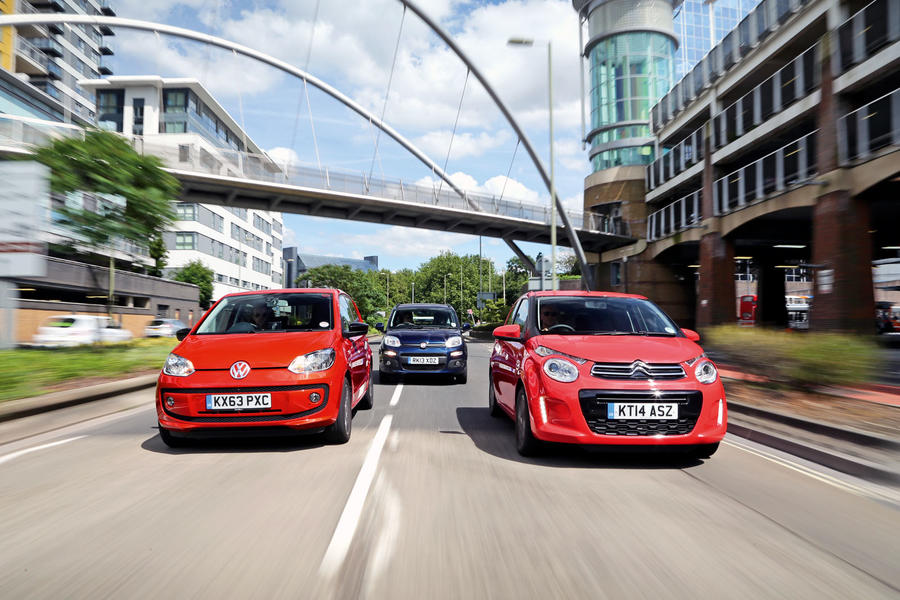 ■ I was very glad to read that Toyota is committed to replacing the Aygo city car, somehow, when the time comes. Because city cars – small, agile, light – are some of the best cars on sale. But it’s difficult to make money from them. Developing and making a small car doesn’t cost that much less than making a big one, and buyers can’t or won’t pay for expensive fuel-saving or safety technology on them.

I think PSA, among others, feels that electrification is the city car’s future, so Toyota – whose Toyota Aygo is known as the Citroën C1 and Peugeot 108 with other badges – might end up going alone with its replacement.

And a PSA answer might take a while. Citroën says the C1 replacement won’t be like-for-like and that it’s looking into what its city car could become.

The electric Ami One concept shows one possibility. The problem with pure electrification is that currently it’s expensive, although some costs, on a pure electric vehicle if not a plug-in hybrid, can be offset via lower maintenance and repair bills – hence an electric Peugeot 208 should cost no more than a petrol one over its first three years.

Some industry executives describe mass battery-electric vehicle uptake as ‘a nightmare’ for dealers because it slashes aftermarket costs, which is the source of much of their revenue. And that city car owners may not have regular access to overnight charging won’t help. I’d say next-gen city cars are on the cusp of being the same again only much more radical.

Lord knows I’m not making a prediction, though.

Amazing Blog on Matt Prior

This is a fantastic blog. The style of writing is great. The blog is really informative. I am quite impressed with facts shared in the blog.

Much of what you say is

Much of what you say is correct, Matt.

But I think you are quite wrong to say the industry is as exciting as it has ever been.  In my opionion, never less so.  And I think you would serve it, and us, better if you said so.

Cars can't get faster, lighter or meaningfully more reliable.  They are mounded by befuddled legislation.  They are filled with ever more irritating electonic nonsense that nobody uses and actually makes them more dangerous to drive. Young people are not interested in them.  And motor racing is on its last legs thanks to shockingly misguided, manufacturer driven, rules.

In fact I would say the only section of the industry that is healthy is classic cars, and I suspect the circulation figures of Octane would support that.

I agree that using any car for most journeys in cities is not sensible, but I also agree with Mr Prior that these small A-segment cars are some of the best on sale.

The term 'city car' is a misnomer.  These small, light, efficient and, in many cases, fun cars are relevant anywhere.  Although there are plenty in cities, you see them everywhere because of their obvious virtues.

We bought a four year old Hyundai i10 last year and have used it for several 100-200 mile journeys because its so much cheaper than our big car and barely less comfortable.  The two speaker stereo is the only major luxury that is significantly worse.  The only real advantage the big car has is the ability to accommodate all five family members and luggage comfortably.

Many people retain a bizarre belief, encouraged by car makers who want to sell higher margin bigger cars, that small cars are unsuitable for or incapable of long journeys at high speed (well as high as crowded motorways now allow).