BACK TO ALL NEWS
Currently reading: First drive: Citroen Ami One concept
UP NEXT
New Hyundai Bayon to launch in 2021 as entry-level crossover

Citroën wants to redefine inner-city travel with its compact electric city car, which could be driven from as young as 14
Share
Open gallery
Close
Share story

It’s about the same size as the original Smart Fortwo and, you might think as you prepare to board, will likely offer a fairly similar experience. But in spite of being another French-made wheeled cube for city streets, the Citroën Ami One provides a different experience than a Smart and indeed has been conceived for a different mission besides.

This is a car that not only explores new modes of urban transport for the near future but also explores the challenge facing all makers of small city cars. Soon, they will all face European CO2 and particulate emissions standards that threaten either to push their prices up substantially, prompt them to go electric or even let their city cars go extinct. The Ami One is an answer – but only one possible answer – to this challenge.

Citroën’s marketing boss, Arnaud Belloni, adds that the Ami One and the methods of selling it are designed to tempt the young into driving, by making it a lot more accessible, a lot more affordable, and a lot more convenient. The accessibility is about enabling people as young as 14 drive the Ami One, because it's classified as a quadricycle, and that's the minimum age requirement to use one in the EU. In Britain, it’s 16. 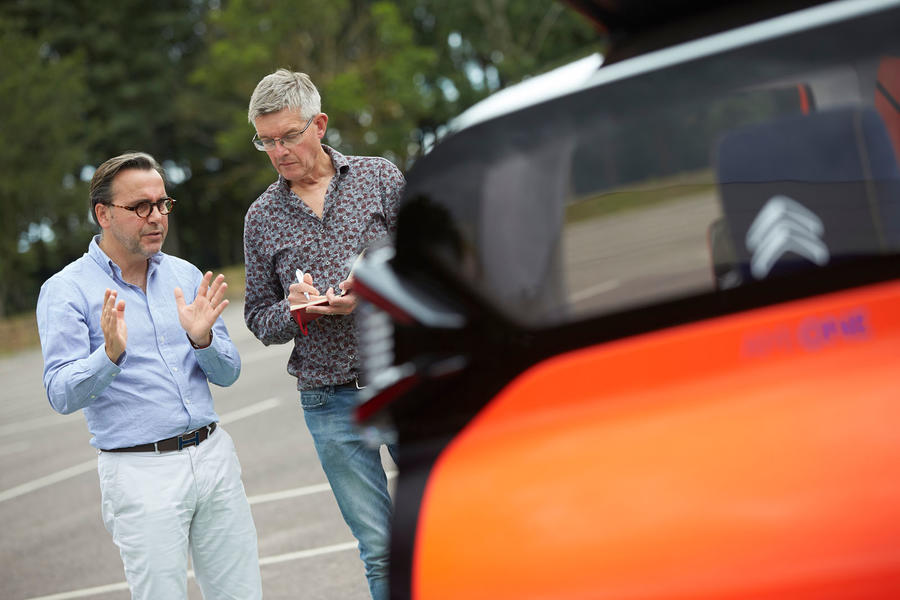 On affordability, Arnaud point out that in France, it costs around €1000 to get a driving licence, €100-150 per month to park a car (if you live in Paris), about €50 per month to insure a car, plus petrol and buying the vehicle itself. "These are five reasons not to buy a car," he says. Citroën's idea for the Ami One is that it could be used "for five minutes, five hours, five days, five months or five years", the point being to underline the on-demand convenience of this approach.

In the first three cases, the driver would access the Ami One through a car-sharing scheme such as Zipcar, while the longer periods would mean ownership, probably through a PCP finance deal. It’s the first three methods that would ease the way for young drivers, who Arnaud reckons "still love cars" but are priced out of the market.

Keeping the price low has also led to plenty of ingenious solutions for removing cost from the Ami One itself. Its big doors are identical and hinged at different ends as a consequence, the front panels are the same but don’t look it because they’re mounted at different heights and the wheelarches are identical, as are the tail-lights. 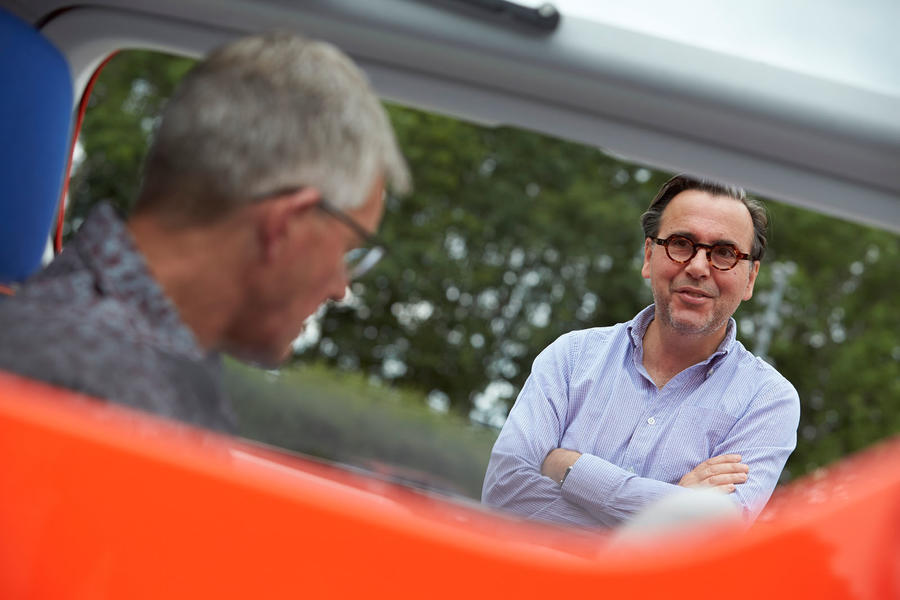 Despite this low-cost quest, the Ami One has a flip-back fabric roof and more space ahead of its driver than pretty much any other car – the attractively shaped dashboard, such as it is, quite some distance from you. The instruments are mounted on the steering column, to the right of which is a neat rotary gear selector. For connectivity, music, sat-nav and all other digital desires, drivers use their phones, for which a specific Ami One app is available that bundles all your required and relevant apps into one easily usable arrangement.

The feeling of generous space is heightened by a windscreen that wraps into A-pillars that are effectively vertical, pulling them right out of the way. You need to travel back to the 1950s to find cars – mostly American – whose screens are designed that way.

All that space and plenty of colour make the Ami One's interior cheerily pleasant, the upbeat mood maintained by the soft jangling sound it makes once it’s on the move as a warning to other road users. Accelerate and the jangling speeds up. And even though this is the design department’s full-size model, it’s easy to see how zippy this car could be, not because it’s fast – not with a 28mph top speed – but because it’s easy to see out and to know where its colourful body starts and ends. 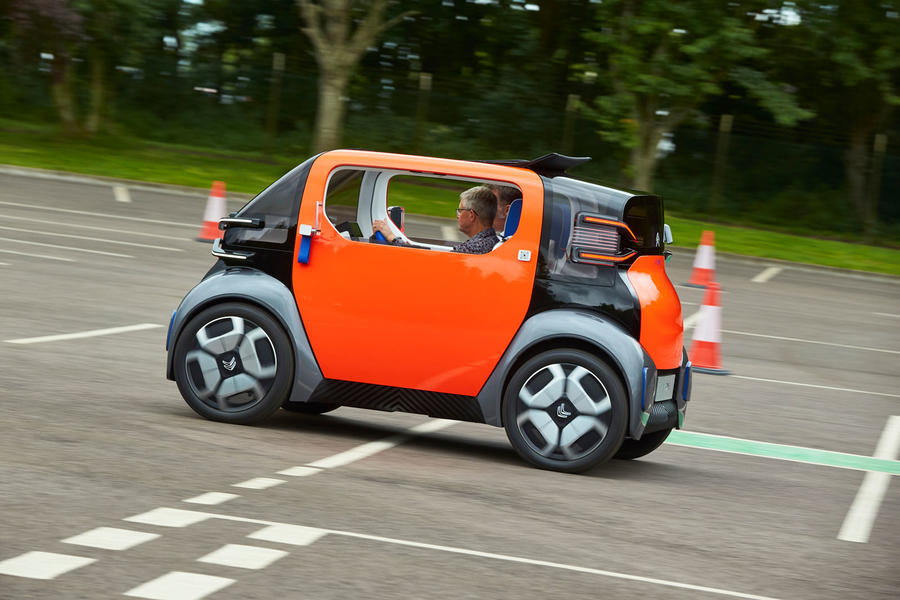 There’s no high-torque electric whizz from rest, because this is a concept, but you can be sure that a production version would hit 30mph swiftly enough to keep up with bigger beasts. And it would be a hell of a lot more manoeuvrable.

Production, however, is not what the Ami One is destined for. The ideas it contains, from the shared panels to its electric propulsion system and its usage and ownership models, Citroën will continue to work on, says Belloni.

A low-cost urban transport vehicle is imperative when, as Citroën boss Linda Jackson points out, "68% of the world’s population will live in cities". This statistic, she says, was the key driver for this concept. Don’t expect the Ami One, but do expect something similar from Citroën in time.

A very strong shape spoiled by weird lights which look like they're afterthoughts.

* wider, not narrower. No editing!

Why are the wheels so big?

Bigger tyres can be narrower with the same contact patch as smaller, narrower ones. It gives more distance between wheel arches, so space in a different way.

Why should you get yourself into a tizz, it's a CONCEPT, NOT going to be built, that's mentioned in the ARTICLE.

Why should you get yourself into a tizz, it's a CONCEPT, NOT going to be built, that's mentioned in the ARTICLE.

If he's the answer, you're asking the wrong question!