BACK TO ALL OPINION BLOGS
Currently reading: Matt Prior: Are posh French cars really hard done by in the UK?
UP NEXT
Steve Cropley: my supermini face-off winner was surprising

Matt Prior: Are posh French cars really hard done by in the UK?

Someone cynical recently commented on Autocar’s website that DS models are routinely awarded two stars too few by our testers.

Given that would have made the previous two DS cars we’ve tested worth a five-and-a-half stars out of five apiece, that seems harsh. And it would have made the 9, as tested last week by Steve Cropley – one of the finest reviewers who has ever worked in this business – a six-star car. No, four will be what it’s worth.

The commenter’s implication, though, was that posh French cars are hard done by in the UK. Well, yes, they may be hard done by here, but not by us. We report as we find, but the car-buying public is harder to convince about cars like the 9.

What struck me about Steve’s review of the 9 is that it contained a phrase from the importer that was the same, almost to the letter, as the one in a Cropley review of the Citroën C6, that loveable comfortable barge, of 2006: that success would be measured by selling the car in hundreds rather than thousands.

The truth is that a large French saloon or hatchback could be a truly earth-shatteringly great motor yet still have trouble appealing to those who want a German badge on the nose of their car – and there are so many of them that the Mercedes-Benz A-Class is one of the top-10 selling cars in the country. Indeed, buyers shunned Citroën doing ‘posh’ so convincingly that its parent company invented the DS brand.

In some ways, the C6 was if not quite earth-shattering then certainly uniquely compelling in its segment. I once drove one home from Austria in a single day, and it was supremely comfortable and easy-going. I got into a conversation at the Eurotunnel terminal with a guy who I thought was just plain interested in the car – but turned out to be a Citroën dealer curious as to who had bought one.

Shame. With just the right level of quirk, the C6 remains terrifically good-looking too, I think. But browse the classifieds today and you will find just four for sale. In 15 years’ time, will this be the fate of the 9 as well? 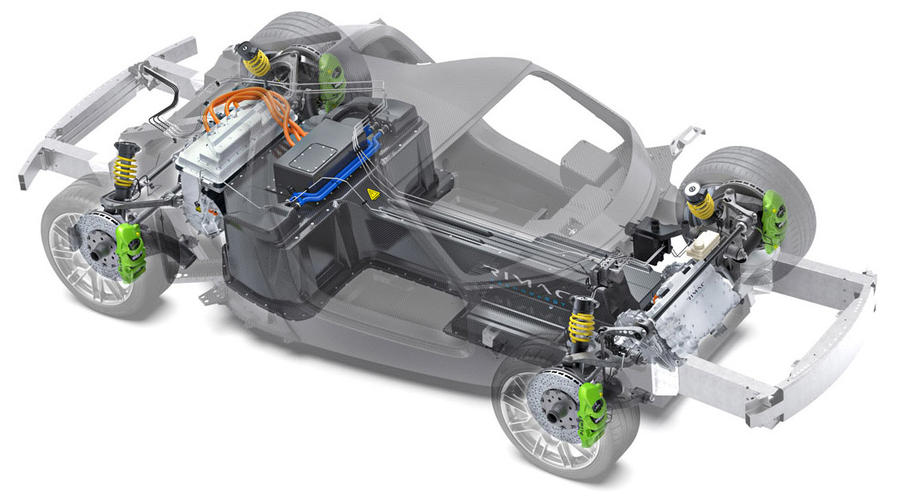 ■ If, like me, you were wondering why so many high-performance EVs seem to have four-figure power outputs, an engineer suggested the answer to me recently. And it’s not just that, because EV motors all make a similar noise, you want some kind of sensory overload to engage you in the process, and that comes from truly uncomfortable acceleration. Although I’m sure that’s a factor.

More so, he said, is maximising the sheer efficiency of it all. If you’re creating a car that might be used on a race track, or at least in some way as a performance car, you want it to stop quickly. And as EV batteries are heavy, that would require huge brakes. But that means a lot of kinetic energy would end up wasted as heat, and there are better things to do with it – if only it can be recovered.

That recovery is possible, but only if you have traction motors beefy enough to recuperate high levels of energy very quickly. Fit those and the by-product is that, when asked to propel the car rather than decelerate it, they happen to make a lot of power.

So, it turns out that these electric supercars don’t just have 1000bhp to help you go but also to help you stop.

DS boss vows to “do better” in UK with new model

I have owned a C6 for over 10 years now.  In its day, it marched to its own drum-beat which didn't seem to be one which many at all appreciated.  It was too expensive for a Citroen, the antithesis of a BMW, Audi or Mercedes, and relied too much on the engineering from lesser and lighter PSA vehicles.  It's been unreliable and expensive to run ... but I love it anyway.  The problem I see with the DS9 is that it does not even have the distictive looks of the C6, nor the character - which, of course, might make it more appealing to those who don't like 'different'.  Further, there is nothing apparently better about it than its more obvious competitors from better established premium/ quality brands ... and I am not sure that treating clients to bespoke levels of customer service really differentiates a car brand enough to attract clients as it would in, say, a Private Bank.  Hence, I think they are being realistic about sales in hundreds, not thousands, but I suspect that they might be talking about the whole production run, not annually.

michael knight 22 June 2021
Not helped by the TopGear gammon-perspective that anything French is to be mocked.
It's a reflection of the obsession with performance that journos have: I'd like to see more journalistic emphasis on design, user-experience, materials etc.
Marcopolomt 21 June 2021
Why would anyone with any sense of practicality consider a French car? I don't know about Renault but the omission of a real glove box rules them out for me (including vauxhall).
View all comments (12)